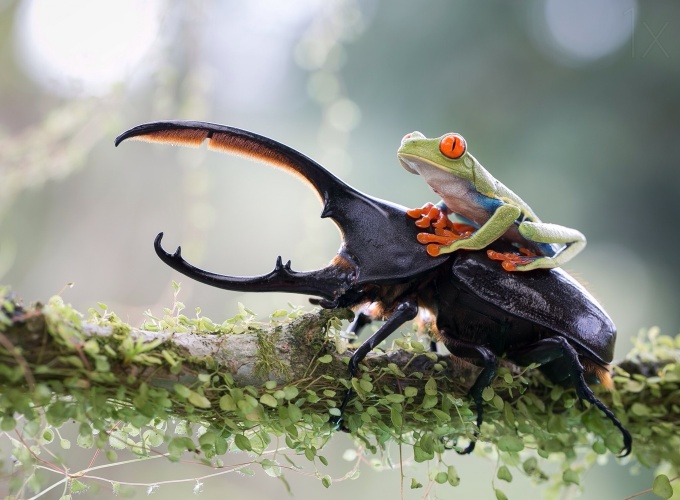 A red-eyed tree frog clings to the back of a Hercules beetles in the Costa Rican rain forest. From the GUARDIAN EYEWITNESS series, this photo by Nicolas Reusens is an entrant in the 2014 Sony World Photography competition. 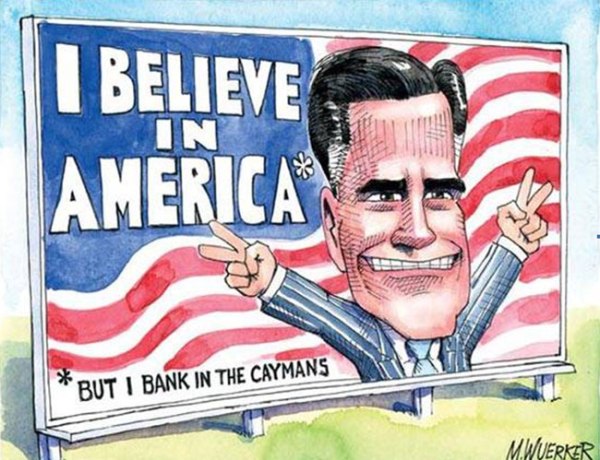 The deals are part of the US effort to enforce the Foreign Account Tax Compliance Act…which was enacted in 2010 and is set to take effect in July 2014. FATCA requires foreign financial institutions to tell the US Internal Revenue Service about Americans’ offshore accounts worth more than $50,000. It was enacted after a Swiss banking scandal showed that 17,000 US taxpayers had hidden substantial fortunes overseas…

With these two deals, both signed this week, the Treasury has now finished 12 FATCA “intergovernmental agreements”…which help countries’ financial institutions comply with the law…

The trading of financial information, though not part of the Cayman Islands deal but included in many of the other 11 FATCA agreements, has rankled US banks. In April, the Texas Bankers Association and the Florida Bankers Association, both industry groups, filed a lawsuit attempting to block a Treasury Department rule that would allow the IRS to send certain bank account information to foreign governments.

Looks like Romney, his Republican peers in the billionaire boys club will have to put their sleazy tax accountants to work again – searching out places to hide their funds from any responsibility to pay taxes in the United States.

It’s always preferential to hide your money rather than run the risk of leaving it inside countries that may have favorable taxation plans for foreigners; but, still let the IRS know how much you have inside their borders. Or so I’ve been told. Never had enough money to worry about. 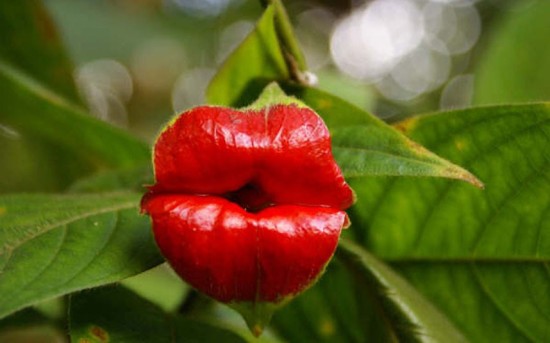 With a scientific name of Psychotria Elata, this species also goes by the fitting names of the Hot Lips Plant, Flower of Lips or even Hooker’s Lips. The colourful red flowers have evolved to attract pollinators including hummingbirds and butterflies. The plant can be found in the forested areas of tropical America such as Costa Rica and Colombia.

The ancient stone spheres of Costa Rica were made world-famous by the opening sequence of “Raiders of the Lost Ark,” when a mockup of one of the mysterious relics nearly crushed Indiana Jones. So perhaps John Hoopes is the closest thing at the University of Kansas to the movie action hero.

Hoopes, associate professor of anthropology and director of the Global Indigenous Nations Studies Program, recently returned from a trip to Costa Rica where he and colleagues evaluated the stone balls for UNESCO, the United Nations cultural organization that might grant the spheres World Heritage Status…

Hoopes, who researches ancient cultures of Central and South America, is one of the world’s foremost experts on the Costa Rican spheres. He explained that although the stone spheres are very old, international interest in them is still growing.

“The earliest reports of the stones come from the late 19th century, but they weren’t really reported scientifically until the 1930s — so they’re a relatively recent discovery,” Hoopes said. “They remained unknown until the United Fruit Company began clearing land for banana plantations in southern Costa Rica.”

According to Hoopes, around 300 balls are known to exist, with the largest weighing 16 tons and measuring eight feet in diameter. Many of these are clustered in Costa Rica’s Diquis Delta region. Some remain pristine in the original places of discovery, but many others have been relocated or damaged due to erosion, fires and vandalism.

The KU researcher said that scientists believe the stones were first created around 600 A.D., with most dating to after 1,000 A.D. but before the Spanish conquest…

Speculation and pseudoscience have plagued general understanding of the stone spheres. For instance, publications have claimed that the balls are associated with the “lost” continent of Atlantis. Others have asserted that the balls are navigational aids or relics related to Stonehenge or the massive heads on Easter Island.

“Myths are really based on a lot of very rampant speculation about imaginary ancient civilizations or visits from extraterrestrials,” Hoopes said.

John Hoopes maintains a website to disseminate the realities of the stone balls – and to dispel some of the myths. As well as he can.

Costa Rican police seized around a ton of cocaine and arrested two suspected Mexican traffickers in the latest sign Mexican gangs are stepping up their use of the country as a storage point.

Police found 2,139 pounds of cocaine stashed at a rural house near the Pacific coast northwest of San Jose, and arrested two Mexican nationals at the scene. They are believed to be members of Mexico’s Juarez cartel, the public security ministry said.

President-elect Laura Chinchilla, a former security minister who won a landslide election victory on Sunday, has said combating Mexican drug gangs operating in Costa Rica will be a priority when she takes power in May.

A three-year army crackdown on drug gangs in Mexico has encouraged some traffickers to push south into Central America, setting up bases in countries like Guatemala as they seek new routes to smuggle South American cocaine to the United States.

Costa Rican authorities have seized 93 ton of cocaine between 2006 and 2009 — nearly twice the amount the country captured in the preceding decade.

Costa Rica is known for being an oasis of stability, high living standards and low crime in a region scarred by Cold War-era civil wars and plagued by violent street gangs.

But it also sits halfway between the cocaine-producing Andes and Mexico, whose smuggling gangs earn some $40 billion a year smuggling the drug north using planes, boats and trucks.

Sit in the middle of the highway between vendors and consumers of death and destruction – yes, you may be run over by a drugs steamroller.

Producer nations do little to stop the trade. Consumer nations – like the United States – are endlessly mired in moral stupidity wallpapered with biblical quotes and opportunist politicians. All that a nation in the middle can do – like Costa Rica – is to defend their own interests and safety as aggressively as possible.

Quality-of-life in nations is measured using an index of ‘Happy Life Years’, developed at Erasmus University Rotterdam in The Netherlands.

This index combines average appreciation of life with average length of life. Costa Rica is on top with 66.7 and Zimbabwe at the bottom with only 12.5 happy life years.

Rank lists are published periodically on the World Database of Happiness. The latest rank list counts 148 nations and covers more than 95% of the world’s population.

Here’s the detailed list of countries and their ‘Happy Life Year‘ score.