The Supreme Court’s decision to overturn Roe v. Wade and eliminate the nationwide right to abortion dominated one of the court’s most consequential terms. The emboldened 6-3 conservative majority, with three nominees of President Donald Trump, wasted little time expanding the rights of gun owners to carry firearms in public, strengthening the role of religion in public life and sharply curtailing the Biden administration’s power to combat climate change.

This followed by a dozen categories of shame, political self-interest, decisions focused again and again on reversing the hard-fought gains of decades. Even worse than the scumbag Trump they mostly kneel before as their demigod…the results of almost every decision they made was to glorify a distinct and historically backwards minority of Americans, overruling the sentiments, needs and heart of the majority of this American nation.

“The mob was fed lies,” McConnell told the chamber, which two weeks earlier had been evacuated as rioters invaded the building. “They were provoked by the president and other powerful people.”

The GOP leader made the direct link between the Republican president’s rhetoric and the Jan. 6 riot, which left five dead, the day before President-elect Joe Biden was to be sworn in as the 46th president…

McConnell’s remarks also suggested that other leaders bore responsibility for the attack. Critics have called on some lawmakers, especially GOP Sens. Ted Cruz and Josh Hawley, to resign after they objected to key states’ electoral results.

Gee, do you think our elected officials are ready to stand up all righteous and take responsibility for what they’ve done?

The Trump administration recently released its budget blueprint for the 2021 fiscal year, the first steps in the complex budgetary process…

However, budget drafts by presidential administrations are not meaningless pages of paper. They are important policy documents highlighting goals, priorities and visions for the future of the country.

As a health policy expert, I find the vision brought forward by the Trump administration deeply concerning. Cuts to virtually all important health-related programs bode ill for nations future. To make things worse, ancillary programs that are crucial for good health are also on the chopping block. To be sure, most of the proposed damage will find it hard to pass muster with Congress. Yet given the nation’s ever-growing debt Congress may soon be amenable to rolling back the nation’s health safety net…

To no one’s surprise, some of the biggest cuts in the proposed budget focus on health care programs. The budget document uses a number of terms to disguise its true intentions. Yet a closer look indicates that terms like “rightsizing government,” “advancing the President’s health reform vision,” “modernizing Medicaid and the Children’s Health Insurance Program,” and “reforming welfare programs” all come down to the same end result: cuts to the safety net.

One of the main targets remains the Affordable Care Act, or ACA. In 2017, after several failed attempts to repeal and replace the ACA, the Trump administration has scaled back its open hostility. Instead of asking directly to repeal the ACA, this year’s budget proposal calls for initiatives to “advance the president’s health reform vision,” by cutting more than half a trillion dollars from the budget.

First off, RTFA. The point of posting the opening bits and pieces articles I found relevant to healthful and [more or less] sane living is to give you an idea of the content I found useful. You may not. Your choice.

Second, time to mention this comes from one of my favorite new sources, The Conversation. A newsletter that addresses damned near everything that tempts intellectual curiosity. 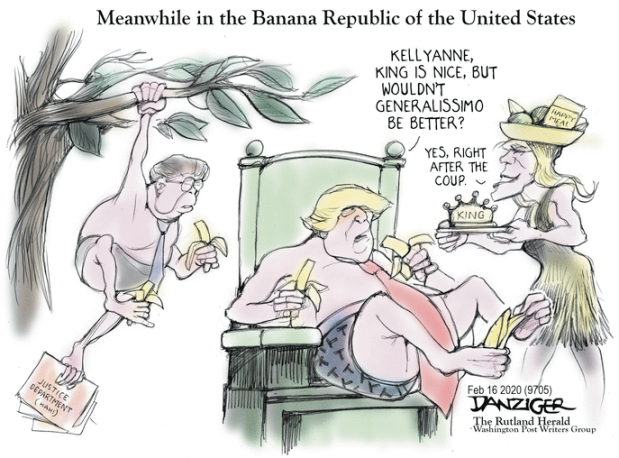 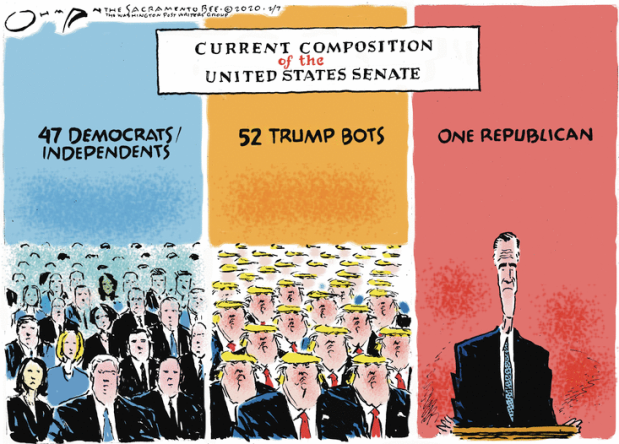 Here are direct links to topics in Part 1 of the Lev Parnas interview. Part 2 will roll on MSNBC tomorrow night. I ain’t about to miss it. I hoped you don’t either.

Attorney General Barr was “on the team”

The Fake President knew exactly what was going on

Now, what we originally planned to post for folks to digest about this conspiracy.

The documents, which include Parnas’s handwritten notes, copies of text messages, and other correspondence, reveal some new information — including that Giuliani claimed to be acting with President Trump’s “knowledge and consent” in his communications with the Ukrainian government.

Quite literally, I happened to be online (this is Wednesday evening, the 15th) Direct-Messaging inside TWITTER with engineers and CSRs from SlingTV over a technical problem I was having with a channel unrelated to MSNBC. I was doing an A-B comparison with MSNBC when Rachel’s Show came on and she dropped the bombshell about her interview with Lev Parnas – accompanied by his attorney. Frankly, my technical problems dropped to second place and I spent more time, a lot more time, watching the recordings from her interview.

It will take the most mind-numbed Trumplicans to deny the criminality of his efforts to slander the Bidens, threaten foreign officials, and in general behave like an asshat gangster. Yes, I realize that also means most of the Trump True Believers will bobblehead their obedience.

And, anyone with a brain and concern for the direction of this rudderless nation – will continue to listen, learn, and support removing this schmuck from office. Either by impeachment or the ballot box.

BTW, the crew at Sling sorted out my problem in about 5 minutes. While all of this was going on.

❝ Long wait lines and forgetting proper documentation apparently aren’t the only concerns when applying for a new license or vehicle registration at your local department of motor vehicles. Vice.com’s Motherboard team recently obtained a number of financial documents revealing that the DMVs in several states are making extra cash by selling personal records to third-parties, sometimes unlawfully…

❝ Better yet, there are others buying up the info as well. Motherboard found that credit reporting agencies like Experian buy the data in bulk…

❝ In apparent neutered responses to Motherboard’s inquiries, several DMVs told the outlet that they do not sell any incredibly sensitive information, such as social security numbers or driver license photographs. But they do sell information such as a driver’s name and address, along with their residency zip code, phone number, email address, and even their date of birth.

Almost makes a profiteering creep like the fake president seem normal. If you also miss the days when fascists made the trains run on time.