Japan’s government announced a decision to begin dumping more than a million tons of treated but still radioactive wastewater from the crippled Fukushima nuclear plant into the Pacific Ocean in two years.

The plant was severely damaged in a 2011 magnitude 9.0 quake and tsunami that left about 20,000 people in northeast Japan dead or missing.

Despite Tokyo’s assurances that discharging wastewater will not pose a threat to people or the environment, the decision was roundly criticized by the local fishing community, environmental groups and Japan’s neighbors. Within hours of the announcement, protesters rallied outside government offices in Tokyo and Fukushima…

The damaged Fukushima plant will take at least decades to decommission. A swath of land around the plant remains uninhabitable, thousands of residents remain displaced, and the wastewater issue is another example of the 2011 disaster’s complex, long-term effects.

So, which are we to understand? That every aspect of this dump of radioactive material will work out well for everyone … in the end? Or this is just another group of bureaucrats anxious to return to business as usual. Screw the consequences! 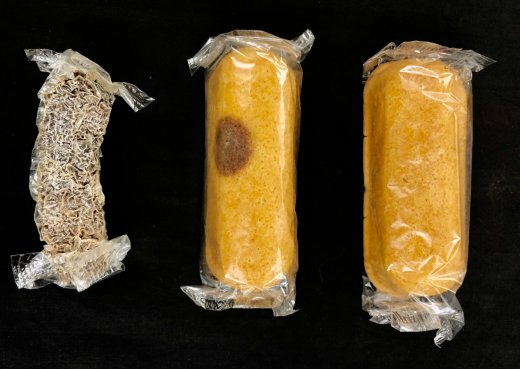 Like many people, Purrington believed Twinkies are basically immortal, although the official shelf life is 45 days. He removed a Twinkie from the box, unwrapped it — it looked fine — and took a bite. Then he retched…

…Researchers immediately thought some kind of fungus was involved in attacking the 8-year-old Twinkies, because they’ve studied fungi that kill insects and dry them out in a similar way. Plus, the reddish blotch on one Twinkie seemed to have a growth pattern that’s typical of fungi.

They reached out to Purrington, who was only too happy to mail them the Twinkies immediately. “Science is a collaborative sport,” he says. “If someone can take this and figure out what was actually growing, I’m all in. I really want to know what species exactly was eating my Twinkies.”

A fun read, unless you’re a big shareholder in whoever owns Twinkies, nowadays. Another addition to the long list of reasons why I don’t eat anything in this category of food I didn’t prepare myself.

John DeSesso was on a mission when he entered the halls of the Environmental Protection Agency in late September. Inside the ornate limestone building not far from the White House, he met with a dozen EPA scientists and officials…

For the past 40 years, DeSesso, a biochemist, has…primarily earned his living…as a contract scientist for chemical companies and their trade associations, promoting their positions on toxic chemicals from arsenic to Roundup…

For years, DeSesso and his chemical industry sponsors had been preoccupied with trying to undercut the findings of a 2003 University of Arizona study. That study, led by veterinary scientist Paula Johnson, had been a landmark in establishing that TCE exposure at trace levels was highly toxic to developing embryos. The Johnson study had been pivotal in past EPA evaluations of TCE’s risks…

(The) official evaluation was released for public comment last week, and it appears to show the influence of DeSesso and his chemical company sponsors. Dismissing the findings of the Johnson study and decades of scientific research, the published evaluation rejects fetal heart malformations as a benchmark for unsafe exposure levels to TCE.

Worse than that, it now appears that the body of evidence passing through the diluted remains of the EPA under Republican control still provoked agreement that even trace exposure to TCE was unsafe, could deform fetal hearts. So the Trump White House ordered the EPA to overrule their own scientists.

“No one knows, incidentally, why Australia’s spiders are so extravagantly toxic; capturing small insects and injecting them with enough poison to drop a horse would appear to be the most literal case of overkill. Still, it does mean that everyone gives them lots of space.” 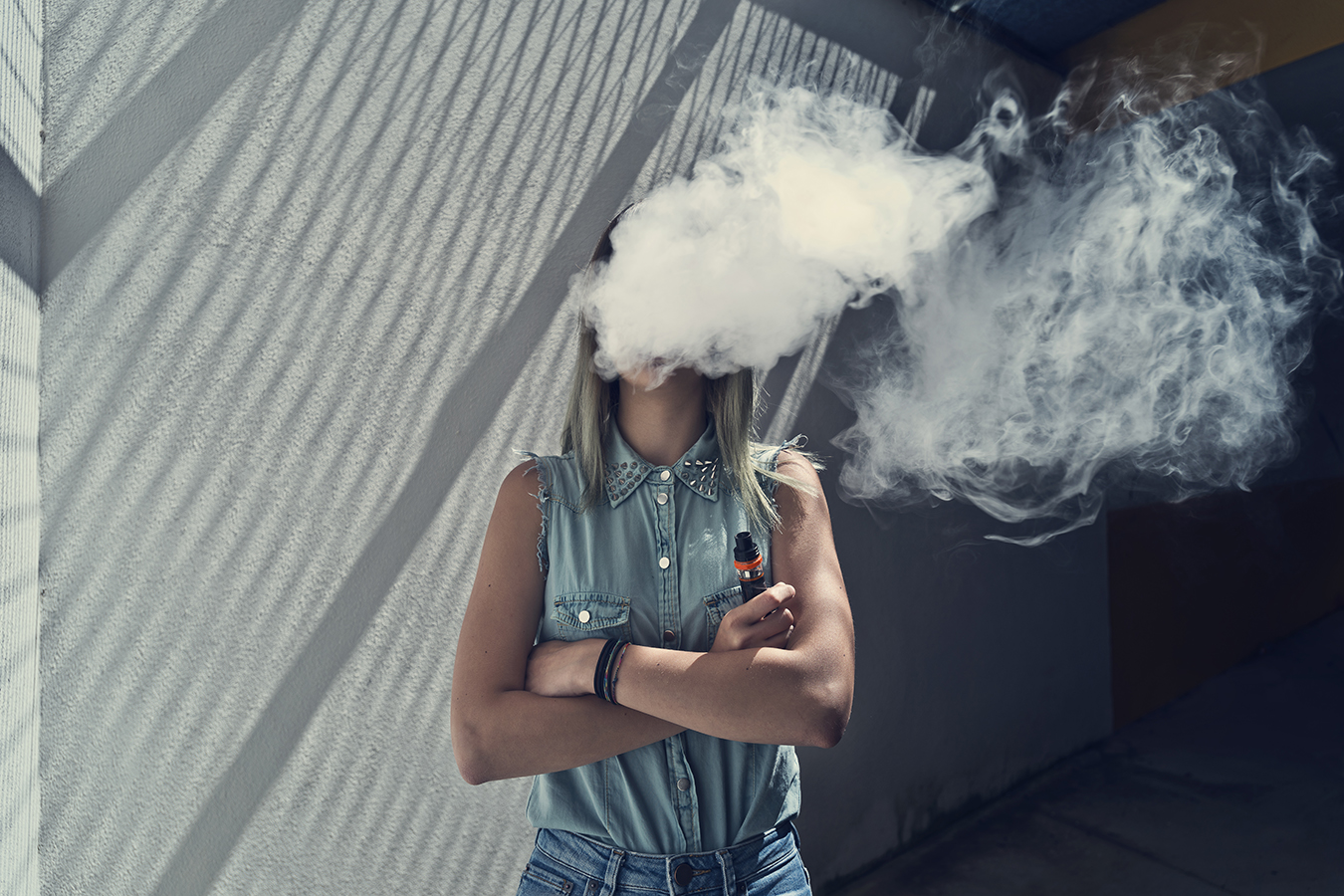 ❝ Dr. John E. Parker was working at a West Virginia hospital in 2015 when a 31-year-old female patient was admitted with acute respiratory problems. A team of doctors ultimately suspected that her mysterious case of lipoid pneumonia might be related to vaping and weren’t sure they had seen anything like it before. They were intrigued enough to present the case report — a type of medical paper on unusual or provocative patient findings. Such reports can serve as a call to the medical community to be on the lookout, though they sometimes raise more questions than they provide answers.

❝ I know we’ve seen a case [of alveolar hemorrhage syndrome] that we published, and in polling some colleagues we think we’ve probably also seen [cases of] cryptogenic organizing pneumonia as well as lipoid pneumonia and acute eosinophilic pneumonia. Yeah, we’ve certainly seen at least probably four forms of lung disease from vaping.

Interesting chronology of medical researchers discovering ailments from recreational, addictive foolishness. The medical community will continue to sort out deaths and impairment — while politicians and the government bodies chartered to preserve health sit around, twiddle their thumbs and do nothing for years. 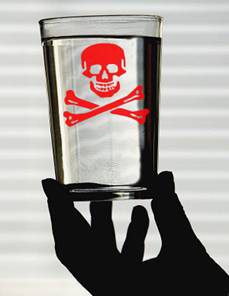 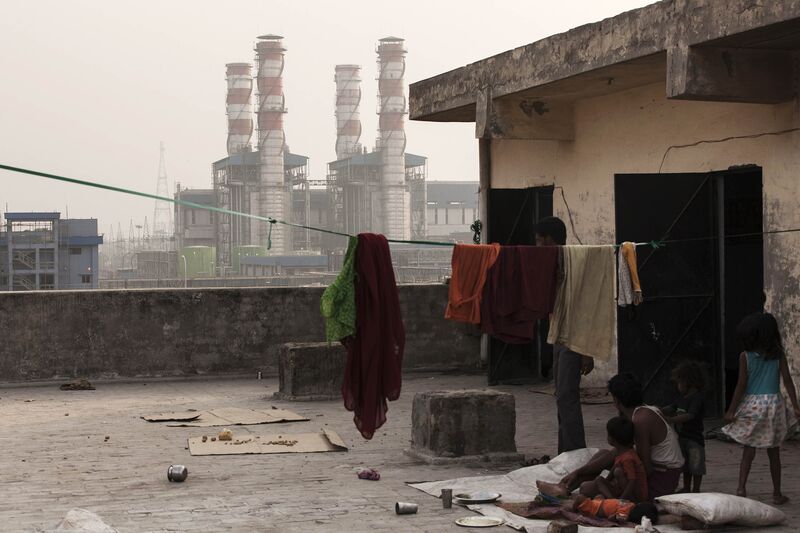 ❝ It’s no partridge in a pear tree but a Melbourne woman got a seasonal surprise when she found a tiger snake entwined among the tinsel on her Christmas tree.

The Frankston woman discovered the snake in her tree on Sunday morning and called in professional snake catcher Barry Goldsmith.

“It’s one of the more different ones, but we find them in all sorts of places,” Goldsmith said. “Tiger snakes are very good climbers.”…

❝ With the warmer weather, snakes are more active, but people should leave them alone and not try to kill them, Goldsmith said. “It’s dangerous, it’s illegal, and it’s cruel.”

Thanks, Honeyman – I think

❝ In late 2013, the Ebola virus began spreading through a small village in the West African nation of Guinea following human contact with an animal, likely a fruit bat. This was the start of what turned out to be the most widespread of all recorded Ebola outbreaks, resulting in 28,646 confirmed and suspected cases of illness, and 11,323 recorded deaths.

The unprecedented outbreak left a devastating toll on the social and economic infrastructure in West Africa, but it also forever changed the perspective from which virologists and epidemiologists study and track infectious diseases.

❝ Kristian Andersen…set out to determine why the recent epidemic was different from previous Ebola outbreaks. Specifically, his team wanted to figure out exactly how the virus spread so rapidly—and why it had such devastating effects on the people infected.

❝ Ebola is in a category of viruses that are especially prone to mutations because they lack the ability to correct mistakes during replication. This means that a virus such as Ebola can rapidly change as it spreads, for example, by evolving into a more deadly virus. That is the scenario that appears to have played out during the epidemic in West Africa.

But how? As described in a paper in the recent issue of Cell, a peer-reviewed scientific journal focused on the life sciences, Andersen and his group found what could be the smoking gun: a mutation—dubbed the GP-A82V mutant—on a particular type of protein, the viral receptor glycoprotein, in samples of the virus from the epidemic. This mutation increased the ability of the virus to infect human dendritic cells, the type of immune cells that the Ebola virus uses to make copies of itself.

A few more links in the article are useful for further perusal. I think we’re all fortunate that Andersen’s study landed on target in a reasonable stretch of time. No one knows when and exactly where the next outbreak of Ebola will strike. Perhaps by then his research will have better equipped other medical professionals to fight back and save more lives.