Former Attorney General Bill Barr said the Justice Department always knew Trump’s claims of election fraud were “bullsh*t,” according to an excerpt from journalist Jonathan Karl’s upcoming book published in the The Atlantic.

Why it matters: Barr’s new comments come as Trump continues to propagate the lie that the 2020 election was “rigged.” Republicans in swing states now are conducting “audits” of election ballots based on false conspiracies about the election…

Barr said the department investigated a specific allegation, spread by Trump allies, that ballots were being wheeled into a central precinct in Wayne County, Mich., but found a simple explanation.

Trump isn’t talented enough to be a clown in a genuine circus. Apparently, there is a chunk of Republican voters still OK with his mediocre performance as an ex-president. 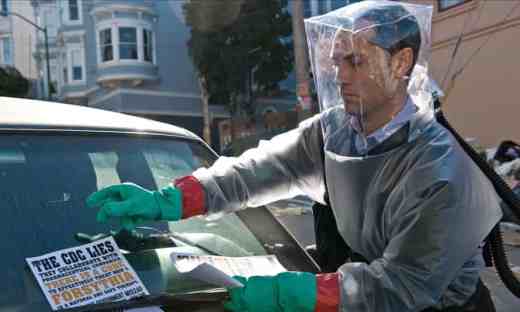 For those of you who whiled away hours on the sofa watching society crumble in the face of marauding zombies, deadly aliens and infectious diseases – it’s time to reap the rewards.

The bleak scenarios thrown up by films such as Contagion, from panic buying and isolation to fear of others and fake claims of miracle cures, appeared to help viewers take the outbreak in their stride and work out how best to handle the crisis…

Horror movie fans appeared less distressed by the crisis than most, but those who favoured “prepper movies” – where society collapses – ranked as more resilient and better prepared, both mentally and practically.

Good news for those with plans for October and beyond: the Earth will still be in existence.

NASA has confirmed – after rumours swept the internet about an imminent asteroid strike expected between 15 and 28 September – that the two-week period in question will be entirely free of Earth-destroying space attacks.

The likelihood of any known potentially hazardous asteroid striking the planet within the next 100 years stands at 0.01%, the space agency said…

Persistent rumours on “numerous recent blogs and web postings” that an errant asteroid is due to wipe out not just Puerto Rico, but the Atlantic and Gulf coasts of the United States and Mexico, as well as Central and South America, persuaded NASA scientists that they needed to speak up…

It is not the first time NASA has punctured the excitement of doom-mongers. In 2012, it dismissed claims that the comet Elenin was on its way to destroy mankind, calling it a “trail of piffling particles”.

The space agency was also proved right in its assertion that the world would not end on 21 December 2012, as the Mayan calendar came to an end, heralding the apocalypse.

Stupidity and ignorance, particularly regarding sciences like astronomy, unite populist nutballs of the Left and Right as thoroughly as do their fears of modern standards for teaching…or vaccination.