Freight technology company Einride announced today that it has received approval from the National Highway Traffic Safety Administration (NHTSA) to operate its Autonomous Electric Transport (AET) vehicles on U.S. public roads. With this approval, Einride will conduct a public road pilot to support operational flows for customer GE Appliances, a Haier company, showcasing the Einride Pod’s purpose-built functionality for future commercialization. The autonomous and electric Einride Pod’s design does not leave room for a driver on board and is instead remotely monitored by a Remote Pod Operator, marking this pilot as an industry first for this new type of vehicle.

The Einride Pod will operate on public roads with mixed traffic while executing real life workflows. This will include the movement of goods and coordinating with teams at various warehouses for loading and unloading. A Remote Pod Operator will be remotely monitoring the vehicle at all times – a first of its kind role that Einride sees critical in safely scaling autonomous vehicles by keeping humans in the loop and creating jobs to fulfill a future way of shipping.

If I wasn’t one of the happiest retired old geezers in northern New Mexico … this is probably the sort of work I’d be waiting in line to get hired for. Just sayin’. 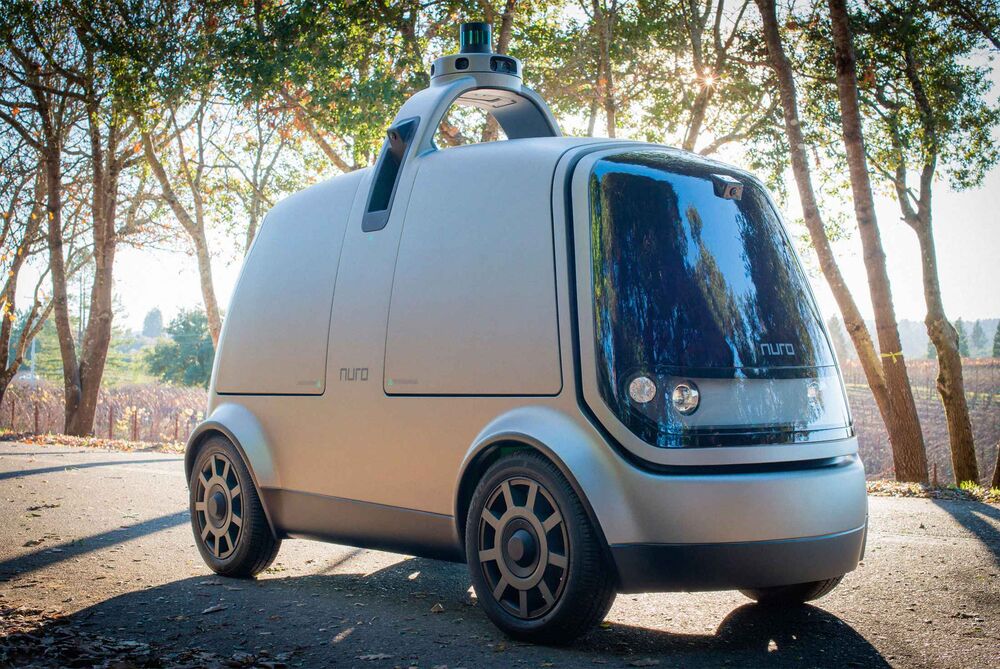 Two years ago, the idea of driverless cars on our roads seemed crazy to many people. Today, the technology is being built into our cars, and a driverless Audi RS7 is set to lap Hockenheim at the same pace as a professional racing driver. The event on October 19 will show just how far driverless cars have come.

Audi has been working on autonomous vehicles for a number of years. In 2009, it tested a driverless Audi TTS on the Bonneville Salt Flats. In 2010 that TTS drove the Pikes Peak mountain race circuit in Colorado, followed by some impressive laps on California’s Thunderhill Raceway in 2012. Back then, the TTS couldn’t quite keep up with the pro drivers, but the RS7 is able to do just that.

Although Audi has received licenses for testing its driverless cars on public roads in Florida and California, the company says that the race track is the most demanding place for testing driverless cars. This, it says, is due to the high levels of precision and entire lack of errors that are required. The RS7 will use “specially corrected GPS signals for orientation on the track” that are accurate to within 1 cm and will receive data via WLAN or high-frequency radio should the need for fallback arise…

The automaker claims that the technologies it is developing for driverless cars will be featuring in vehicles by the end of this decade. These technologies will include cars’ ability to take over steering and acceleration when they’re in a traffic jam and automatic parking maneuvering.

The lap of Audi’s driverless RS7 around Hockenheim will be broadcast on the company’s website on October 19.

Old-timey motorheads like me will be waiting and watching.

The largest iron-ore mine in Australia will take a leap in efficiency starting next April: 10 automated trucks, one remote driver.

With demand from China and other steel-hungry industrializing economies rising, the massive trucks—programmed to haul ore and waste around the pit using the global positioning system—are part of a push by Rio Tinto PLC to to adopt automated technology to cut costs and ramp up production even in the face of a labor shortage.

Traveling precise routes around Yandicoogina mine and operating 24 hours a day, the trucks will be under the supervision of a single worker in a portable office at the mine, backed up by a control center in Perth that oversees all of the company’s 14 mines, as well as its rail lines and ports, in the distant Pilbara region of Australia’s northwest.

Rio Tinto, which last year said it didn’t have enough truck drivers, drillers or locomotive drivers, is alone among the major iron-ore producers in the Pilbara to adopt the experimental technology. But the Anglo-Australian company says it is confident the autonomous trucks, trains and drill rigs it is testing are creating efficiencies and helping it meet aggressive output targets.

Rio Tinto has been giving the automated trucks a trial at another mine, West Angelas, since late 2008, using five of them to haul waste. It said Wednesday it plans to double its fleet and deploy the trucks to Yandicoogina, where they will carry not just waste but the valuable ore.

“There’s nothing weirder than seeing one of these giant trucks with no driver in it,” said Karen Halbert, a spokeswoman for the company. “They even honk their horn before they back up.”