And so Crosby (D-St. Mary’s) steered Maryland into a nationwide debate that — in just four years — spread to Congress and legislatures in 41 of the 48 states that observe daylight saving time. This month, Crosby won over the state’s House of Delegates, which voted to permanently shift daytime so that an extra hour of sunlight lands in the afternoon year-round — pending congressional approval.

The national surge to make daylight saving time permanent unites unlikely bedfellows who say Americans can transcend our political divides to abolish the century-old practice of changing our clocks. Research has linked the time-shift to an uptick in everything from heart attacks and miscarriages to fatal traffic accidents and workplace injuries. But debate rages over whether the healthier solution is to abandon daylight saving time or make it year round.

I vote for year-round. Read the article to examine both sides.

For most of the U.S., the clock goes back one hour on Sunday morning, Nov. 1, the “fall back” for daylight saving time. Many of us appreciate the extra hour of sleep…

Some researchers are concerned about how the twice-a-year switch impacts our body’s physiology. The American Academy of Sleep Medicine, the largest scientific organization that studies sleep, now wants to replace daylight saving time with a move to a year-round fixed time. That way, our internal circadian clocks would not be misaligned for half the year. And it would eliminate the safety risk from sleep loss when transitioning to daylight saving time.

Please read this article, folks. I thought Daylight Savings Time was dumb when it was introduced. Mostly IMHO to get folks to spend more time shopping. Regardless, it’s a crap procedure which – above all else – has a negative effect on your health. 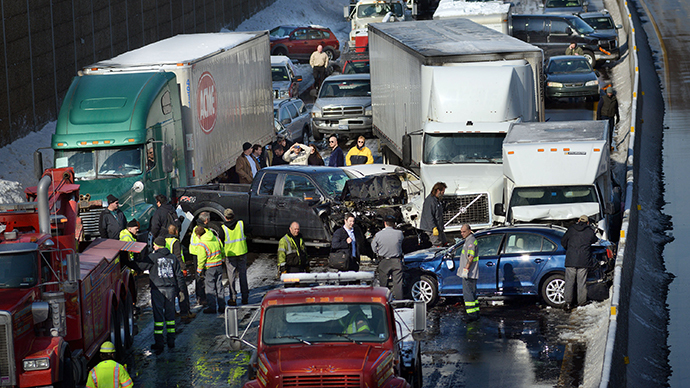 ❝ …A 1996 University of British Columbia study found that the “expected risk of accidents” on the Monday after the spring time change rose 17 percent, based an analysis of data from the U.S. National Highway Traffic Safety Administration. Other studies have found less extreme but still real traffic effects from the adjustment…researchers in Finland who wrote a 2010 paper in the Journal of Environmental & Public Health, noted, “Those who are especially sensitive to circadian rhythm disruptions, such as patients suffering from seasonal affective disorder or bipolar disorder, may be more vulnerable to sudden changes in timing.”

The University of Colorado study determined it was sleep deprivation, rather than a change in ambient light, that drove the increase. “Back of the envelope calculations suggest that over the 10-year study period, DST caused 302 deaths at a social cost of $2.75 billion,” wrote Austin C. Smith, the study’s author.

❝ Both Schwartz and Steve Calandrillo, a professor of law at the University of Washington, advocate for extending daylight saving time to be year round. “Four hundred lives would be saved if we went to year-round daylight saving time,” Calandrillo said. “Darkness in the evening hours is much more deadly than in the morning hours—there are more drivers on the road and more children playing outdoors.” Smith’s study notes that crime rates fall during periods of more light in the evening…

❝ David Gerard, a professor at economics at Lawrence University who studied traffic, said that if a large state, such as California, decided to do away with the time change, it could inspire other states to do the same. But he stops short of recommending a year-round daylight saving time solution.

“My prior thought was we should switch to year round and everyone will be happy. But then I found out not everyone would be happy when I got letters from the elderly and people with small children,” he explained. “It’s just splitting the difference with who you’re irritating.”

I’ll second that emotion. I hate DST and I don’t mind getting up pre-dawn either. It’s just that the reasons for doing DST were dull a half-century ago and have disappeared since. A 21st Century solution for clocks doesn’t need seasonal changes.

It’s that time of year again. Time to “fall back” an hour as we go around the house changing the clocks on the features of modern life – appliances and such like. The really modern stuff – computers, smart phones, weather devices boasting atomic clocks – seem to take care of themselves.

The extra hour of sleep that comes for many with the switch to standard time may be welcome. But daylight saving, said to have been thought up by Benjamin Franklin (to save candles) and first put into practice by German Emperor Kaiser Wilhelm II Emperor during World War I, seems to be becoming less popular.

Back in March (when most of us remembered to “spring forward”) the polling firm Rasmussen Reports found that “only 33 percent of American adults think DST is worth the hassle.”

Recommended: Think you know energy? Take our quiz.
That is down from 37 percent last year and 45 percent in 2012. Forty-eight percent “do not think the clock changing ritual is worth it,” according to Rasmussen.

For one thing, the time switch may not be saving all that much energy, which is one of the main reasons for the tradition. As the Monitor’s David Clark Scott wrote at this time last year:

“Studies show mixed results. For example, The Christian Science Monitor reports that in Indiana, daylight saving time caused a 1 percent jump in electricity, according to a 2010 study. The energy saved from reduced lighting in the summer months was canceled out by an increase in the use of heating and air conditioning, the researchers from Yale University and University of California Santa Barbara said…”

“Darkness kills and sunlight saves lives,” University of Washington Law Professor Steve Calandrillo, who has studied the effectiveness of different DST policies, told Time Magazine. “The question is ‘when do you want sunlight?’”

“At 5 pm virtually everyone in society is awake,” said Professor Calandrillo, who advocates year-round DST. “There are far more people asleep at 7 in the morning than at 7 in the evening.”

For now, the computers in my family life all dropped back to standard time this morning. As did DirecTV.

Most pleasing? For the 2nd or 3rd year in a row, WordPress has gotten my time zone right and this post will appear on time, today. I’ll check it when I get back from the first walk of the day with my wife and Sheila our young Australian Shepherd dog.

Daylight saving time begins this weekend. From coast to coast, most Americans will dutifully “spring forward” by one hour early Sunday morning. We’re told this helps save energy and allows us to enjoy more sunshine during the summer months.

But a number of critics say this is all a big fat waste of time. Daylight saving time does nothing but create chaos and confusion, they say, and might actually waste more energy than it tries to save. It should be abandoned immediately, they contend.

“Who knows,” said John Lowe, the nation’s timekeeper. “It can be very controversial.”

If you’re truly concerned, Lowe’s answer is a bureaucratic copout.

Lowe heads the time and frequency services group at the National Institute of Standards and Technology, the federal agency responsible for, among other things, maintaining the official time in the United States…

Many places in the world don’t bother shifting the clocks. The United States began observing daylight saving time during World War I, seeing it as a way to preserve energy. (More light in the evening means less electricity used.) An added benefit is that the change allowed many Americans to enjoy more sunshine during the warmer months.

No one in our government has updated the study in almost 60 years.

Critics, including those behind the online petition at End Daylight Saving Time, say the time shifting causes more problems than it’s worth by making it exceedingly difficult for businesses to coordinate timetables with markets in Asia and Africa and Europe.

I’d suggest thinking about how useless – or useful – the time change is to your own life. If you agree with me and the folks at End Daylight Saving Time click the link and sign on to the petition.

Don’t agree? Do nothing – like our government – and nothing will change.