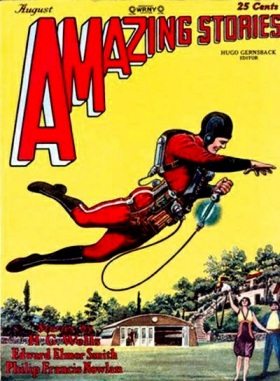 The American Airlines pilot reported via radio to the control tower seeing a “guy in a jetpack” as he was approaching LAX at about 3,000 feet and ten miles out for a landing. In the video on this story, you can listen to the actual call to the control tower.

Efforts to find out more from the pilot went nowhere…The FAA said they turned the report over to the LAPD for investigation, possibly trying to locate the person via a helicopter or ground patrol. The LAPD says they performed a flyover in the area but were not able to locate anyone that matched that description.

Looney Tunes is no longer just cartoons and short subjects in a movie theater. They’re walking the streets of LA. Flying above.

Look at the date on this. The Fake President had been around long enough to find his reading glasses and pick this up off his desk. Even though he didn’t deserve to be there.

The racism he supports, the bigots he protects, are a matter of choice. He isn’t ignorant of the facts. He chooses to be corrupt. 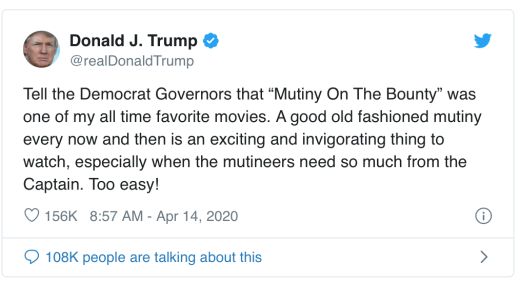 …in case you’re unfamiliar with this based-on-a-true-story tale: In 1787, celebrated British naturalist Sir Joseph Banks commissioned a Royal Navy vessel to sail to Tahiti, acquire breadfruit plants (a crop that wasn’t particularly tasty but was cheap to grow and rich in nutrients), and bring them to the West Indies.

The captain of the HMS Bounty at the time was one William Bligh, a brilliant navigator who served under Captain James Cook—but who also, by all accounts, was an arrogant, nasty, paranoid, freakishly obsessive, and brutal man, during a time when the British navy was notorious for impressing people into service against their will and using corporal punishment to keep them in line.

For the trip to Tahiti, Bligh hired one Fletcher Christian as master’s mate. Christian later led a mutiny against Bligh, a rebellion that came in response to the captain’s management style, which was one of near-sadistic cruelty…

…nothing about Trump’s tweet suggests any kind of close read. It’s more than likely he’s confusing this with some other movie.

RTFA for more background to the discussion, the two terrific versions of the film. Personally, I think our dumbass fake president just admires Captain Bligh’s management style. After all, it doesn’t differ a whole boatload from how Trump acts as president. 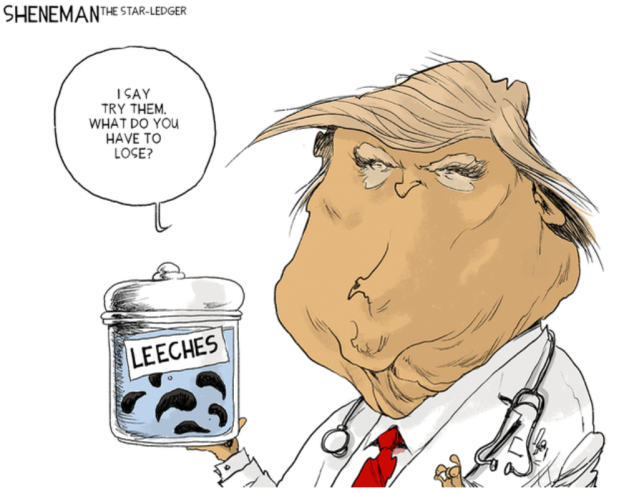 He removed the official meant to do that… 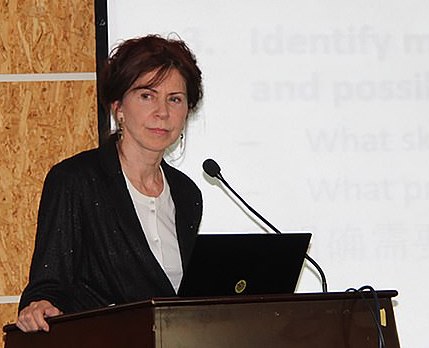 A US epidemiologist was embedded with the Chinese CDC. The Trump administration discontinued the position.

The US had been cooperating with Chinese doctors this way for 30 years.

…Quick led a program that trained Chinese epidemiologists in methods for discovering, tracking, researching, and containing diseases — like Covid-19.

She reportedly came back to the US after being told her position would be discontinued in September 2019 in part due to the ongoing trade war between the US and China, and chose to return early, in July.

Once she came back to the US, she was not replaced by the US or any other foreign government, leading to a series of events that Bao-Ping Zhu, who held Quick’s position during the Obama administration, told Reuters was “heartbreaking to watch.”…

Essentially, governments around the world might have been able to begin responding in early December, when the first Chinese cases were reported, rather than in late December, when China informed the World Health Organization it had begun to notice cases of a novel illness.

Frankly, problems like this roll out weekly – if not daily – not only because the Fake President and his Bubbas have no respect for science, they’re simply too dumb to understand the role science has played in the advancement of everything from economics to healthcare.

❝ The US President has tweeted an American spy satellite image. After some sleuthing, astronomers were able to figure out which satellite it came from: a (formerly) top-secret satellite called USA 224, an optical reconnaissance satellite.

Trump’s tweet unwittingly revealed some of the capabilities of American satellite imagery. USA 224 has been kept top-secret for national security reasons, so the Intelligence Community is probably not very happy about this. Why reveal your intelligence-gathering capabilities to your adversaries, including Iran itself?

❝ It appears that Trump was briefed with a print of this classified image, and that he took a picture with his phone and tweeted it. You can see the camera flash in the middle of the image. Immediately, people were concerned that he had revealed US surveillance capabilities. 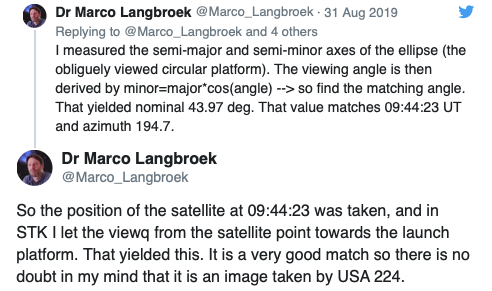 RTFA. More details. More analysis and conclusions. None of which will be making the Pentagon/CIA spooks very happy. The Fake President will laugh it off, of course.

❝ The President of the United States altered a National Hurricane Center map with a sharpie to falsely extend the official forecast toward Alabama so he didn’t have to admit he was wrong in a tweet.

❝ Trump predicted in a tweet that the storm was going to hit Alabama when there were no projections that it was going to happen, but since some of Trump’s biggest supporters are in Alabama, he had to pretend like he was saving them from danger.

He’s obviously confident that his loyal supporters are as dumb as any corrupt political hack could wish for.

❝ Shortly after Trump’s tweet, the Birmingham, Ala., branch of the National Weather Service tweeted to clarify that Alabama was not in the pathway of Hurricane Dorian.

“Alabama will NOT see any impacts from #Dorian.,” wrote the NWS. “We repeat, no impacts from Hurricane #Dorian will be felt across Alabama.” 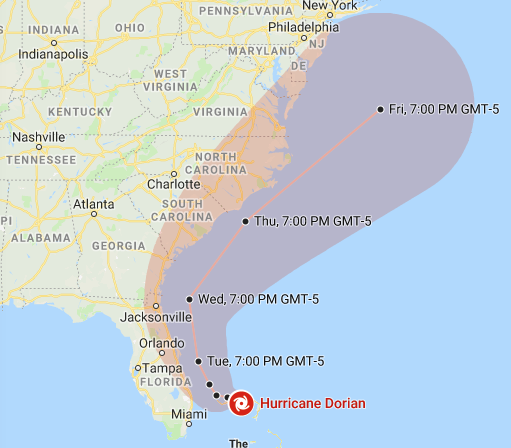 The Fake President hasn’t a clue where Alabama is located. 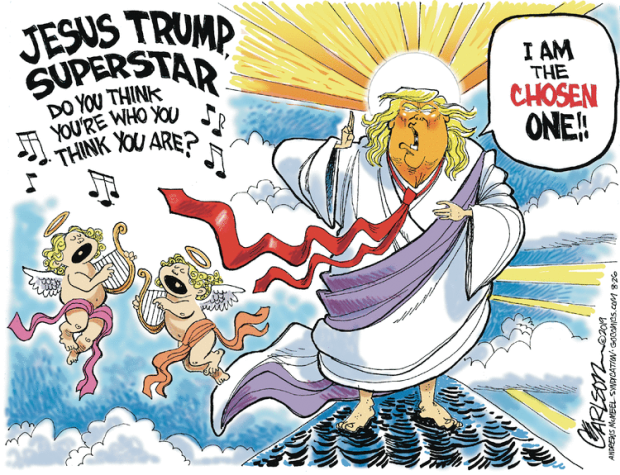