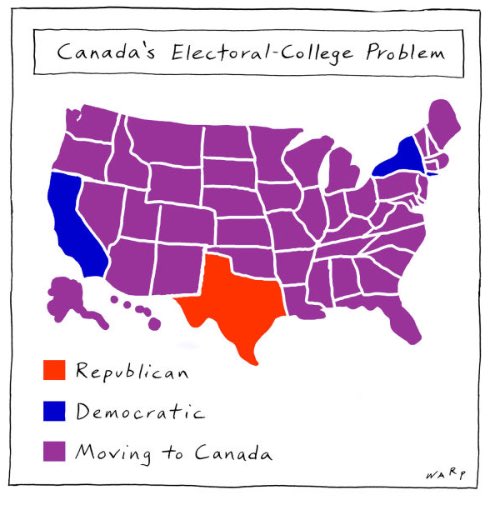 There are a lot of places to get visitor information about Jackson Hole and the greater Yellowstone region — unless you’re looking for one printed in Mandarin Chinese.

Then the guide you’re looking for is Escape.

The glossy mag hit stands and the Internet about a week ago — with 15,000 in the communities around Yellowstone National Park, 15,000 in China and 420,000 digital copies for all Chinese citizens who have applied to renew travel visas.

The total nearly matches the number of Chinese nationals that Yellowstone expects to see this summer.

The former investment banker visited Japan as an exchange student at the age of 14 — “I know Japanese like the back of my hand,” he said — and he ran a division of a bank in Singapore for about 15 years. For the past 15 or 16 years he has continued to travel regularly to China and other Asian countries.

“When I retired from [banking] I moved to Jackson,” he said. “I’ve been constantly looking for something that uses my business and entrepreneurial background.”

When he began to see more and more Chinese tourists coming to Jackson Hole, and began to hear that the upward trend in visitation was predicted to continue, he found what he was looking for…

A well-circulated statistic has the typical Chinese tourist spending $6,000 on a visit to America.

“Assuming they spend a lot on airfare and other visits, even if it’s just one-third [of] that, that’s $1 billion spent in Yellowstone,” he said…

And while these tourists may look average in their rental cars and Western clothes, chances are that they are wealthy.

“They own their own factories,” Riley said. “They are not factory workers or store employees. They are big business owners,” and they want to leave some of their money behind as they travel.

Too many local American communities are hypocrites – like our government – when it comes to putting real business interests on the line. The Feds blather about the shortage of Chinese investment in American companies. Then, Congress, the State Department or the White House rolls out some jingoistic rant when actual offers are made to buy American companies or start up a branch of a Chinese business.

Local yokels whine about shortages of tourists, the small amount of foreign direct investment in their state or city economy. Followed up by fear and trembling press conferences, Tea Party rallies, lifetime fools whining about the dangers of foreign money entering the economy.

If this nation spent as much time entertaining real investment from China in the talent and experience we have to offer – as we spend whining in fear – we’d probably be a year or two closer to climbing back to cyclic normal from the Great Recession.

And only one person in Jackson Hole got around to producing a local guide in Mandarin.

“We like it when dumb criminals assist us in our investigation,” Ambridge police Chief James Mann told the Beaver County Times…

Mann told The Associated Press that the suspect, 22-year-old Donald Harrison, had been living in the borough about 20 miles northwest of Pittsburgh when he was charged with assaulting a woman and refusing to let her leave her apartment after an argument on Jan. 24.

An hour after the woman called police, police learned that Harrison, who is originally from Spartansburg, South Carolina, posted the Facebook message, “IT’S TIME TO LEAVE PA.”

Police couldn’t find him right away, but Mann said the woman called him Sunday afternoon after she noticed the Facebook selfie with the message saying, “OMW TO SPARTANSBURG SC SAY A PRAYER FOR ME.”

Mann said the picture appeared to show Harrison sitting in a bus or airplane and, acting on a hunch, he called the Greyhound bus terminal in Pittsburgh and learned a bus to Spartansburg had left 15 minutes earlier. After learning it would stop in Youngstown, Ohio, Mann explained the situation to Greyhound and arranged for Youngstown police to arrest Harrison on a warrant he faxed them.

Six adults, including Walter Serpit, and two children were in the living room of their Columbus, Ga., home on Thursday afternoon when smoke began pouring in. All eight people made it outside safely, but Serpit, with the aid of his cane, went back for what really mattered — his beer.

“I told them to get the kids out and everything, and me myself, being an alcoholic, I was trying to get my beer out,” Serpit said. “You feel me?”

He was able to save several cans of beer and avoid getting burned. “I went back into the house like a dummy and the door shut on me because this back draft was about to kill me,” Serpit said.

Officials are still looking into what caused the fire but a newly-installed water heater might be to blame.

Firefighters were able to extinguish the flames and the Red Cross is working to help get the family back on their feet.

Meanwhile, Mr. Serpit has time to reflect upon his adventure. And, hey, he made certain the family was safe before he went back for his beer. 🙂

Staff take part in a preventive exercise against animal escape in order to enhance its capability of emergency handling at a zoo in Taiyuan, Shanxi province.

A cat carrying a saw and a mobile phone was “detained” as it entered a prison gate in northeast Brazil, Brazilian media reported on Saturday.

Prison guards were surprised when they saw a white cat crossing the main gate of the prison, its body wrapped with tape. A closer look showed the feline also carried drills, an earphone, a memory card, batteries and a phone charger.

All 263 detainees in the prison of Arapiraca, a city of 215,000 people in the state of Alagoas, are considered suspect in the plot, which is being investigated by local police…

The cat was taken to an animal disease center to receive medical care.

Phew! Was he a cat burglar in his spare time?

Police guarding the prison after the escape – in case anyone tries to return, I guess…

The 129 inmates who escaped from a northern Mexico prison did not flee through a tunnel, as authorities first reported. They walked out the front door.

Federal and local authorities launched a manhunt after the inmates escaped Monday in Piedras Negras, across the border from Eagle Pass, Texas.

Authorities arrested 16 employees, including the prison director, after the escape…

“In the past six years, more than 1,000 inmates have escaped from state prisons. From the federal prisons, not one,” he wrote.

Authorities originally said the inmates in the latest escape slipped through a 23-foot tunnel, sliced through a chain-link fence and ran through an empty lot.

But they released new information saying the inmates went through the front door.

Police set up blockades on roads leading to the Mexico-U.S. border. U.S. Customs and Border Protection placed its officers and agents in the area on alert, a homeland security official said.

“At this point, CBP has no reports of escapees attempting to cross the border. We will continue coordinating with our Mexican counterparts as we monitor this situation,” the source said.

Golly. I’m so relieved to know that Homeland Security is on the job. Har.

There’s nothing like a flat tire to ruin a carefully planned heist.

Spanish police say hooded thieves crashed a van into a courier service warehouse vault and made off with sacks of valuables on Thursday. They then fled in a waiting Audi, but crashed into another car as they merged onto a Madrid highway.

That caused the flat.

The four thieves carjacked another vehicle at gunpoint. No one was hurt and the thieves got away — but left most of their booty in the back seat of the damaged Audi.

Sir: I got your letter, and was glad to find that you had not forgotten Jourdon, and that you wanted me to come back and live with you again, promising to do better for me than anybody else can. I have often felt uneasy about you. I thought the Yankees would have hung you long before this, for harboring Rebs they found at your house. I suppose they never heard about your going to Colonel Martin’s to kill the Union soldier that was left by his company in their stable.

Although you shot at me twice before I left you, I did not want to hear of your being hurt, and am glad you are still living. It would do me good to go back to the dear old home again, and see Miss Mary and Miss Martha and Allen, Esther, Green, and Lee. Give my love to them all, and tell them I hope we will meet in the better world, if not in this. I would have gone back to see you all when I was working in the Nashville Hospital, but one of the neighbors told me that Henry intended to shoot me if he ever got a chance.

I want to know particularly what the good chance is you propose to give me. I am doing tolerably well here. I get twenty-five dollars a month, with victuals and clothing; have a comfortable home for Mandy, the folks call her Mrs. Anderson, and the children Milly, Jane, and Grundy go to school and are learning well. The teacher says Grundy has a head for a preacher. They go to Sunday school, and Mandy and me attend church regularly. We are kindly treated. Sometimes we overhear others saying, “Them colored people were slaves” down in Tennessee.
The children feel hurt when they hear such remarks; but I tell them it was no disgrace in Tennessee to belong to Colonel Anderson. Many darkeys would have been proud, as I used to be, to call you master.

Now if you will write and say what wages you will give me, I will be better able to decide whether it would be to my advantage to move back again.

END_OF_DOCUMENT_TOKEN_TO_BE_REPLACED

A cunning plan to rob the warehouse of his former employer went awry for one chubby Chinese thief after he became wedged, legs dangling, in the roof of a lift.

The man, named as Mr Xi by China’s Southern Metropolis Daily newspaper, was fired from a technology company in the southern city of Shenzhen in October. In a bid to exact revenge, and improve his finances, Mr Xi decided to rob the company’s warehouses, hoping to carry away valuable surveillance cameras.

Last Saturday evening, he hid himself in the company’s offices, waiting until all the staff had left before trying to gain access to the warehouse underneath. However, he found he was unable to break into the warehouse and instead decided, in the early hours of Sunday morning, to make his escape by removing the ventilation fan of a freight lift and hoisting himself into the lift shaft.

But Mr Xi’s plan had not accounted for his girth. He found himself quickly wedged into the lift ceiling and unable to free himself.

According to the Southern Metropolis, Mr Xi called his girlfriend, who arrived at the offices to help him. But after two hours of trying to squeeze him through the gap, and the removal of his trousers to make him more streamlined, Mr Xi was still stuck.

When the company’s security guard arrived on Sunday morning, he found Mr Xi hanging trouserless, and his girlfriend exhausted from her efforts to free him.

Eventually Mr Xi was freed by the police, who detained him and his girlfriend for their attempted burglary.