❝ The U.S. military has warned service members about the potential for a mass shooter at screenings of the Warner Bros. film Joker, which has sparked wide concerns from, among others, the families of those killed during the 2012 mass shooting in Aurora, Colorado…

In a September 18th email, service members were instructed to remain aware of their surroundings and “identify two escape routes” when entering theaters. In the event of a shooting…“Run if you can,” the safety notice said. “If you’re stuck, hide (also known as ‘sheltering in place’), and stay quiet. If a shooter finds you, fight with whatever you can.”

RTFA for details, background – a copy of the Army email – and discussion of the Great American Pastime of mass murder.

❝ The NIH and the FBI are targeting ethnic Chinese scientists, including U.S. citizens, searching for a cancer cure. Here’s the first account of what happened to Xifeng Wu.

❝ In recent decades, cancer research has become increasingly globalized, with scientists around the world pooling data and ideas to jointly study a disease that kills almost 10 million people a year. International collaborations are an intrinsic part of the U.S. National Cancer Institute’s Moonshot program, the government’s $1 billion blitz to double the pace of treatment discoveries by 2022. One of the program’s tag lines: “Cancer knows no borders.”

❝ Except, it turns out, the borders around China. In January, Wu, an award-winning epidemiologist and naturalized American citizen, quietly stepped down as director of the Center for Public Health and Translational Genomics at the University of Texas MD Anderson Cancer Center after a three-month investigation into her professional ties in China. Her resignation, and the departures in recent months of three other top Chinese American scientists from Houston-based MD Anderson, stem from a Trump administration drive to counter Chinese influence at U.S. research institutions. The aim is to stanch China’s well-documented and costly theft of U.S. innovation and know-how. The collateral effect, however, is to stymie basic science, the foundational research that underlies new medical treatments. Everything is commodified in the economic cold war with China, including the struggle to find a cure for cancer.

I confronted this crap for over twenty-five years. Nothing as sensational as cancer research; but, still, working for American firms that relied on Asian design improvements and production smarts you get the party line on intellectual “theft” forever. It ain’t theft if you’re willing to sign a contract handing over whatever technology concerned because you’re out to make a buck like every one of your competitors. No one twists your arm or holds your children hostage to sign a contract. “Here’s the terms! Want to do business or not?”

There’s always a quid pro quo in so-called “intellectual property theft” and it always comes down to the almighty dollar.

What we’re witnessing now is the inevitable resurgence of McCarthyism in all its racist stink. It’s always been part of populism American-style. ❝ News crews arrived at the auto parts store in Florida where authorities arrested mail-bomb suspect Cesar Sayoc, 56, before FBI agents could secure and remove a white van that purportedly belongs to Sayoc. Television cameras obtained images of the van, revealing windows covered with apparent images of President Trump and slogans and rhetoric common among Trump supporters. Mixed in were graphics apparently created by Sayoc himself. Authorities soon covered the van with a heavy blue tarp…

❝ The images spread quickly on social media, with several people indicating that they’d seen — and photographed — the van in the area of Florida where Sayoc lived. Natalie Kline photographed the van in May 2017 and provided photos to The Washington Post.

What follows is a detailed analysis of images posted in the windows of Sayoc’s van. The van most assuredly is a rolling billboard for all the crap ideology espoused by our Fake President. 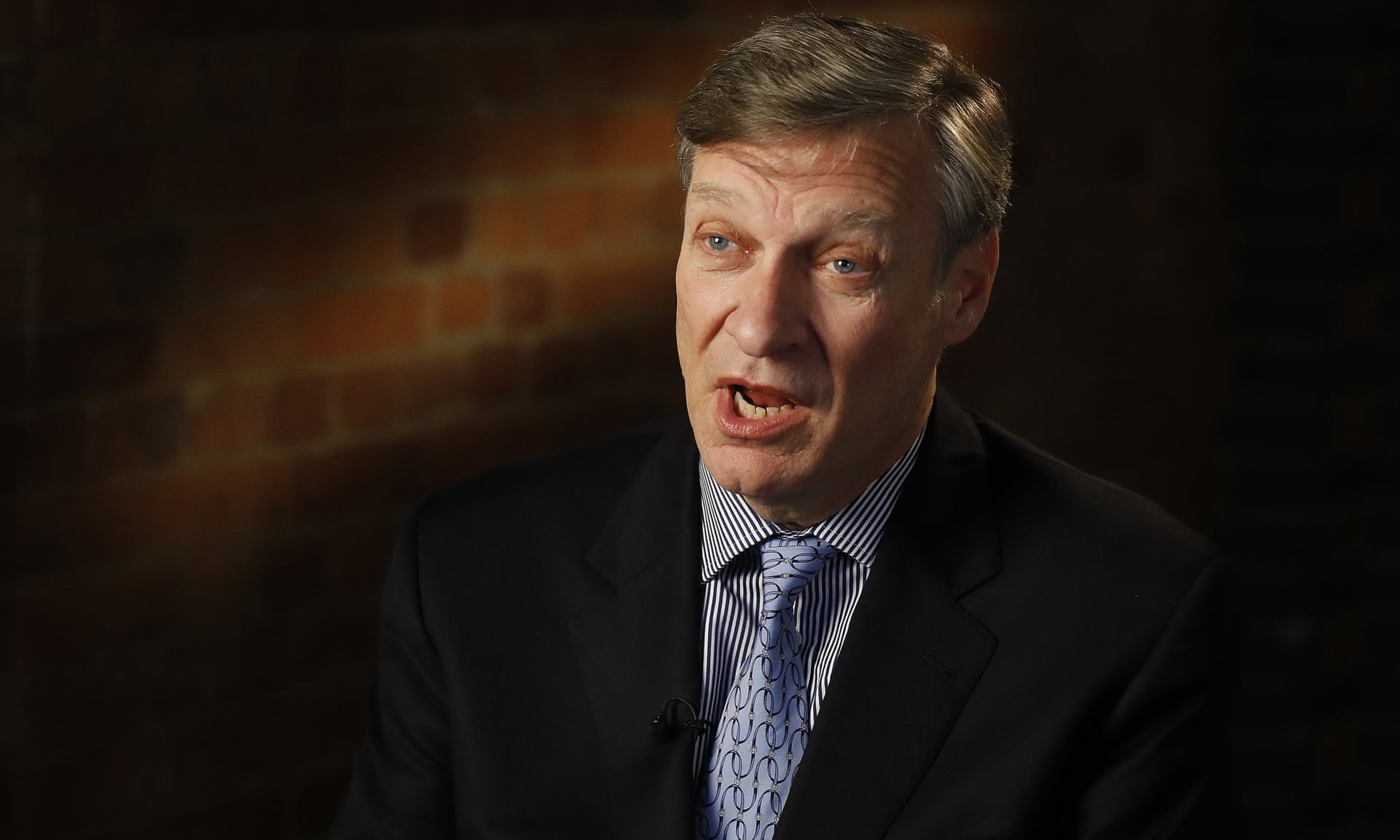 ❝ A controversial London-based academic with close ties to Nigel Farage has been detained by the FBI upon arrival in the US and issued a subpoena to testify before Robert Mueller, the special counsel who is investigating possible collusion between the Trump campaign and the Kremlin.

Ted Malloch, an American touted last year as a possible candidate to serve as US ambassador to the EU, said he was interrogated by the FBI at Boston’s Logan airport on Wednesday following a flight from London and questioned about his involvement in the Trump campaign.

❝ In a detailed statement about the experience, which he described as bewildering and intimidating at times, Malloch said the federal agents who stopped him and separated him from his wife “seemed to know everything about me” and warned him that lying to the FBI was a felony. In the statement Malloch denied having any Russia contacts.

Malloch said he had agreed with the special counsel’s office that he would appear before Mueller’s grand jury in Washington DC on 13 April.

Dude – you don’t just “agree” to appear before a grand jury when you receive a federal subpoena. This continues to grow into the best corruption jigsaw puzzle since Nixon’s Watergate stupidity. 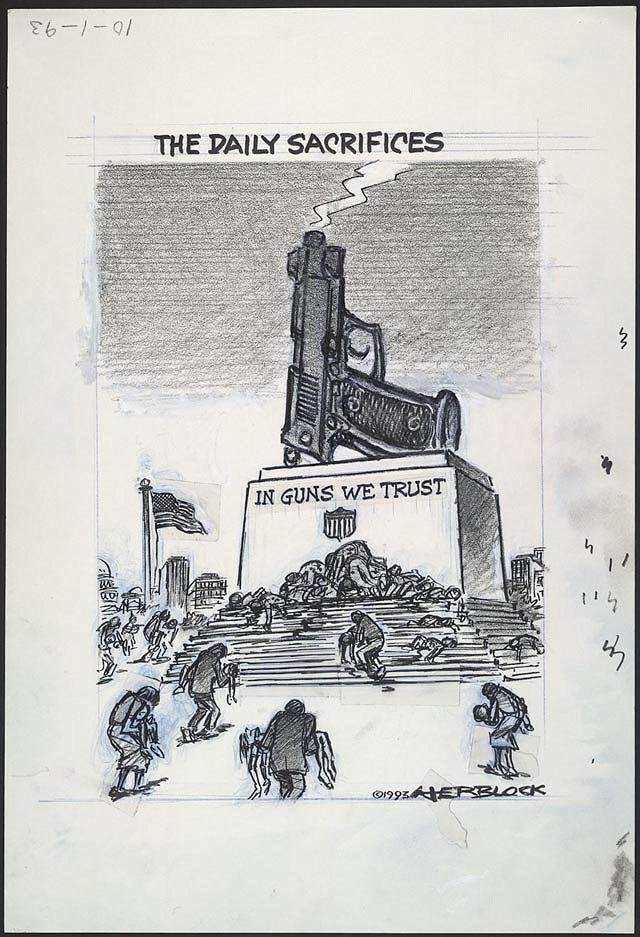 The FBI issued more than 4,000 requests last year for agents from the Bureau of Alcohol Tobacco Firearms and Explosives to retrieve guns from people who failed background checks…

It was not immediately clear how many gun seizure requests agents successfully executed last year or how many weapons were ultimately recovered.

The American Way of Death.