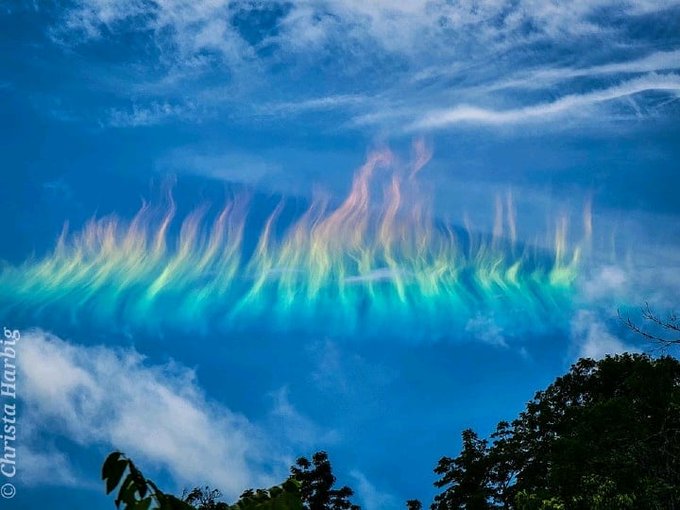 People watch as a forest fire rages towards urban areas in the city of Valparaiso, Chile.

A helicopter hovers over Monastery Lake as it takes on a load of water, Saturday, June 1, 2013 near Pecos, N.M. Fire crews in New Mexico on Saturday fought two growing wild blazes that have scorched thousands of acres, spurred evacuation calls for dozens of homes and poured smoke into the touristy state capital.

Eddie Moore’s photo is great. I see these choppers throughout the day as they come over to the Santa Fe Municipal Airport to refuel. Ain’t anyone complaining about the noise or frequency of their visits. They’re saving our buns. Each fire is up over 10,000 acres in size.

Israel’s refusal Tuesday to allow four Palestinian firefighters to cross the border from the West Bank to attend a ceremony for their role in putting out the country’s largest-ever fire has prompted a torrent of criticism.

Ahmed Tibi, an Arab member of Israel’s Knesset who helped organize the ceremony, said he was shocked when when he received a call from one of the firefighters, informing him that he and three others were being denied entry into Israel because of security concerns.

The ceremony was to salute 11 Palestinian firefighters who were among the many foreigners volunteering to help Israelis put out the worst fire in the nation’s history. The blaze killed 43 people this month.

The ceremony, which was being held in the northern town of Isifya, near where the fire began, was canceled in protest of Israel’s decision.

The Israeli government office that oversees the crossings with the Palestinian territories issued a statement expressing “regret” over the incident but asked that “a fuss” not be made.

The egregious thugs in charge of the Israeli government are without peer since the days of South Africa’s apartheid dictatorship. They prattle about democracy and freedom. They open their arms to men willing to risk their lives battling the nation’s worst-ever forest fire.

The firefighters’ bravery is rewarded by being banned as security risk.

Cripes, I didn’t think it possible; but, the Israelis are more corrupt than Congress.

Ovadia Yosef, the spiritual leader of Shas, a powerful religious party in Israel’s coalition government, said there was little doubt that the fire was sent by God to punish his chosen people for their waywardness.

In his weekly sermon, the rabbi quoted a section from the Talmud, a central Jewish religious text, which proclaimed that “the fire only exists in a place where the Sabbath is desecrated”.

“Homes were ruined, entire neighbourhoods wiped out, and it’s not arbitrary,” he said. “It is all divine providence. We must repent and keep the Sabbath properly…”

For many ultra-orthodox Jews in Israel, Rabbi Yosef is the most important religious authority in the land and his comments drew little criticism from government officials wary of upsetting a powerful coalition partner.

Sound familiar? Religious nutballs with highly-placed buddies in government trying to order the whole population of a nation how to live and die according to their own narrow superstition?