Under Trump’s plan, the eighth-century site, regarded by Muslims as the third holiest site in Islam and important for all three Abrahamic faiths, would be under Israeli control…

In 1947, the United Nations drew up a plan to divide Palestine between Jews and Palestinians, leading to the creation of Israel. Since then, the Al-Aqsa compound has been under UN administration.

Palestinians decry the increasing Israeli encroachment over the site, which intensified after the 1967 war, which resulted in an Israeli occupation of East Jerusalem, where the Old City and the Mosque are located.

The two smirking pimps who decide who is “peaceful”

With the Mexican government facing widespread public outrage over the alleged role of police and other officials in the September forced disappearance of 43 students, and the killings of at least six others, from Ayotzinapa Normal School, the country’s federal prosecutor (PGR) has for the first time declassified a document on the suspected participation of police in the kidnapping and massacre of hundreds of migrants in San Fernando massacres of 2010-11.

The new revelations, along with key U.S. documents on how violent drug cartels gained control of local police forces in parts of Mexico during the last decade, are the subject of “San Fernando-Ayotzinapa: las similitudes” (“San Fernando-Ayotzinapa: the similarities”), an article published online…in Mexico’s Proceso magazine in collaboration with Michael Evans and Jesse Franzblau of the National Security Archive.

According to declarations from members of the Los Zetas drug cartel named in the newly-declassified “Tarjeta Informativa” (“informative note” or “information memo”), the police acted as “lookouts” [“halconeo”] for the group, helped with “the interception of persons,” and otherwise turned a blind eye to the Zetas’ illegal activities.

Those crimes included the summary execution of 72 migrants pulled from intercity buses in San Fernando in August 2010 and an untold number of similar killings that culminated in the discovery, in April 2011, of hundreds more bodies in mass graves in the same part of the Mexican state of Tamaulipas. The victims were mainly Central American migrants making their way to Texas, which borders Tamaulipas to the north. The state’s highways are at once primary avenues for migrants and highly-contested narcotrafficking corridors.

One of the police detainees cited in the memo, Álvaro Alba Terrazas, told investigators that San Fernando police and transit officials were paid to deliver prisoners to the Zetas…

If the facts surrounding the San Fernando case seem eerily familiar, it is beacuse they follow pattern seen over and over again in recent years. Like the Ayotzinapa case, the San Fernando massacres are symptomatic of the dirty war of corruption and narcopolitics that has consumed parts of Mexico over the last decade. Killings like these are disturbingly common, and the forces behind the mayhem—usually drug cartels counting on the collaboration of, at a minimum, local police—are remarkably consistent.

RTFA for more details of government corruption than the most cynical might imagine.

The task of decriminalizing the Mexican government is Herculean. It feels like that nation and the government should take a year or two off from every other activity and simply focus on jailing all the politicians and their gangster compadres. Only then might Mexico start all over again as a free and democratic nation.

Every morning, the newspapers in Mexico City announce how many days it has been since forty-three students from the Ayotzinapa Normal School disappeared while in Iguala, Guerrero. On Friday, the number—twenty-eight days—was accompanied by an announcement that the governor of Guerrero state, Ángel Aguirre Rivero, had finally resigned after weeks of outrage over the violence and lawlessness that marked his tenure.

The disappearance of the forty-three has aroused horror, indignation, and protest throughout Mexico and all over the world. An air of sadness, disgust, fear and foreboding hangs over Mexico City, where I live, like the unseasonably cold, gray, drizzly weather we’ve been having. This is usually a festive time of year, with the Day of the Dead holidays approaching, but it’s impossible to feel lighthearted. As one friend put it, the government’s cardboard theatre has fallen away, exposing Mexico’s horrifying truths.

The journalists John Gibler (the author of the book “To Die in Mexico”) and Marcela Turati (who has been reporting on the disappearance in the weekly magazine Proceso and elsewhere) have provided the most complete reports of what happened in Iguala on the night of September 26th. “Scores of uniformed municipal police and a handful of masked men dressed in black shot and killed six people, wounded more than twenty, and rounded up and detained forty-three students in a series of attacks carried out at multiple points and lasting more than three hours,” Gibler wrote to me in an e-mail. “At no point did state police, federal police, or the army intercede. The forty-three students taken into police custody are now ‘disappeared.’ ” On September 27th*, the body of another student turned up. His eyes were torn out and the facial skin was ripped away from his skull: the signature of a Mexican organized-crime assassination.

The Ayotzinapa Normal School trains people to become teachers in the state’s poorest rural schools. The students, who are in their late teens and early twenties, tend to come from poor, indigenous campesino families. They are often the brightest kids from their communities. According to Gibler, six hundred people applied to the class that included the students who disappeared, and only a hundred and forty were accepted. To become a teacher is seen as a step up from the life of a peasant farmer, but also as a way for those chosen to be socially useful in their impoverished communities. When Gibler and Turati went to visit the Ayotzinapa School in early October, only twenty-two students were left. In addition to the forty-three missing classmates, many others had been taken home by frightened parents.

Well written, detailed, the sort of work rarely matched by TV talking heads. And, of course, both the conservative and not-quite-so-conservative American Press is tame as ever on the topic. Even where it’s fashionable to recall we are a nation of immigrants, the specter of Fox News seems to haunt our nation’s editors. 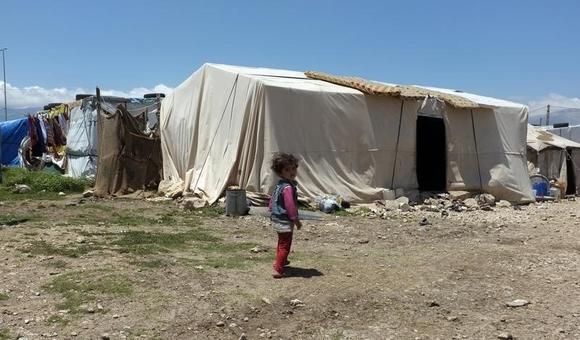 More than 50 million people were forcibly uprooted worldwide at the end of last year, the highest level since after World War Two, as people fled crises from Syria to South Sudan, the U.N. refugee agency said on Friday.

Half are children, many of them caught up in conflicts or persecution that world powers have been unable to prevent or end, UNHCR said in its annual Global Trends report…

In all, nearly 3 million Syrians have crossed into neighbouring Lebanon, Turkey, Iraq and Jordan, while another 6.5 million remain displaced within Syria’s borders…

Afghan, Syrian and Somali nationals accounted for 53 percent of the 11.7 million refugees under UNHCR’s responsibility. Five million Palestinians are looked after by a sister agency UNRWA.

Most refugees have found shelter in developing countries, contrary to the myth fuelled by some populist politicians in the West that their states were being flooded, Antonio Guterres said.

“Usually in the debate in the developed world, there is this idea that refugees are all fleeing north and that the objective is not exactly to find protection but to find a better life.

“The truth is that 86 percent of the world’s refugees live in the developing world,” he said…

The EU bloc has harmonised its asylum system, but the 27 member states still differ in how they process refugees and in their approval rates for asylum applications, he said.

Republicans and other blivets in the United States characterize pretty much all refugees as someone coming to the United States to steal a job. I’m not clear on how they re-distort that lie to cover the children fleeing Central American gangs and economic disaster.

In truth, virtually all the child refugees streaming into the US from Central America aren’t even trying to sneak across the border. They present themselves directly to the Border Patrol at the Mexican border and ask for asylum. If they have relatives in the United States, they hope to reach out to them. Otherwise, they’re here to ask for aid and mercy – like any others displaced by violence.

Not that our media barons care to make that point.