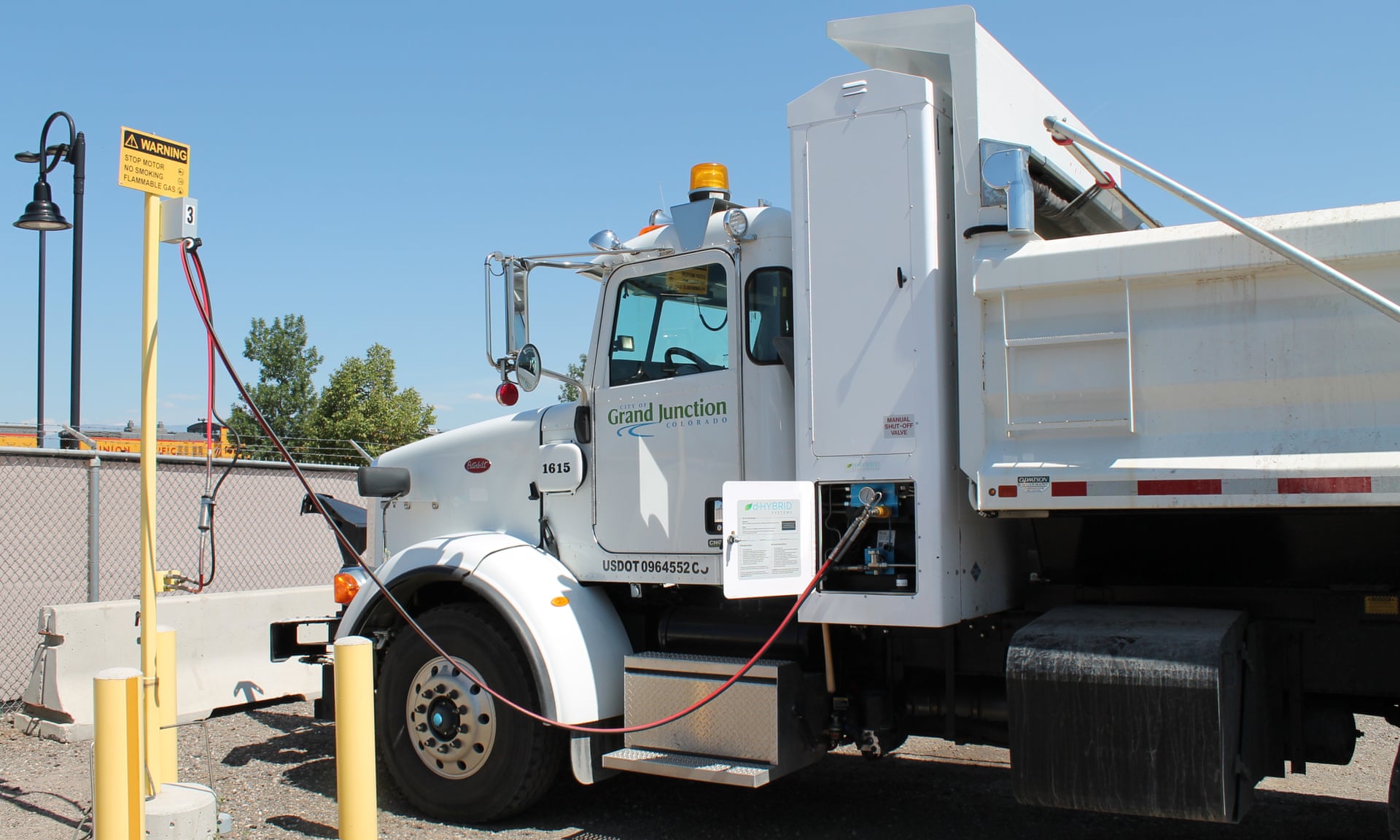 ❝No matter how you spin it, the business of raw sewage isn’t sexy. But in Colorado, the city of Grand Junction is making huge strides to reinvent their wastewater industry – and the result is like finding a diamond in the sludge.

❝It’s possible through a process called anaerobic digestion, which breaks down organic matter into something called raw biogas. The biogas is then collected and upgraded to RNG – at pipeline quality – and can be used as electricity, heat or transportation fuel.

Turning wastewater into biogas is not new in the US. For decades, biogas has been used for heating or to power generators and micro-turbines to produce electricity.

“But as far as we know, we are the only municipal wastewater facility in the nation producing biogas used as vehicle fuel,” said Dan Tonello, wastewater services manager for Grand Junction…

❝The environmental benefits are abundant for Grand Junction. According to Bret Guillory, utility engineer for the city, “we may be reducing greenhouse gases by as much as 60% to 80% … This is compared to the old process of flaring off the raw gas at the plant, and burning diesel and gasoline in some of our larger fleet equipment.”

Developed over 10 years, the project is worth $2.8m. The cost to produce and compress the RNG is around 80 cents per GGE, while it’s sold to the fleet department for $1.50 per GGE.

“The project will pay for itself in around seven years,” Guillory said. “Not a bad return on the investment…”

❝Regardless of the source and use, greenhouse gas emissions decrease when fossil fuels (like natural gas) are replaced by RNG, says the Environmental Protection Agency (EPA). As well, methane from rotting waste that otherwise would have been absorbed into the atmosphere is now used as a renewable energy source.

RNG is practical because it can fuel anything that runs on natural gas. And according to the EPA, it’s also produced, transported and used in accordance with all the same rules as fossil natural gas.

I keep forwarding articles like this to the nearby city’s Wastewater Plant management. They have a steady supply-side stream from 60-70,000 citizens. They’ve installed a solar field which provides significant power. I’m confident they know about progressive systems like this. What I don’t know is whether the administrative structure is run by petty bureaucrats happy with a job and not interested in rocking the boat – or if operations are run by folks interested in change and progress.

I keep on trying.

BTW, if you ever wander through Grand Junction during late summer harvest season, check out every roadside stand you see for the best peaches in the Rockies.

Officers were called to an address in the Rocky Mountain city of Grand Junction after Cheryl Pifer allegedly told the boy, who was doing his music class homework for school, to “get his ass back inside,” the Mesa County Sheriff’s Office said.

According to an arrest affidavit, there were five other children aged one to eleven in the backyard at the time of Wednesday’s incident, and it said the boy’s grandmother told them all to return to the house.

“When they were coming inside they saw Cheryl at the door with the gun aimed at them. (The boy) stated Cheryl yelled ‘fire in the hole.’ He stated all of the kids ran into the house and called 911,” the affidavit added.

The deputy who filed the report, who said she was “very familiar” with Pifer and her address, said the woman appeared drunk when officers arrived, and that they found a 7 mm Mauser rifle by the door with two rounds in its magazine.

She was booked into jail on four counts of felony menacing, seven counts of reckless child abuse/no injury, and one count of prohibited use of a weapon. She was released on a $5,000 bond on Thursday…

No one is surprised at gun nuts having an understanding of life’s priorities roughly akin to a demented jihadist. Understanding incompetence doesn’t excuse endangering the lives of others folks, children or otherwise.

Throw away the key.