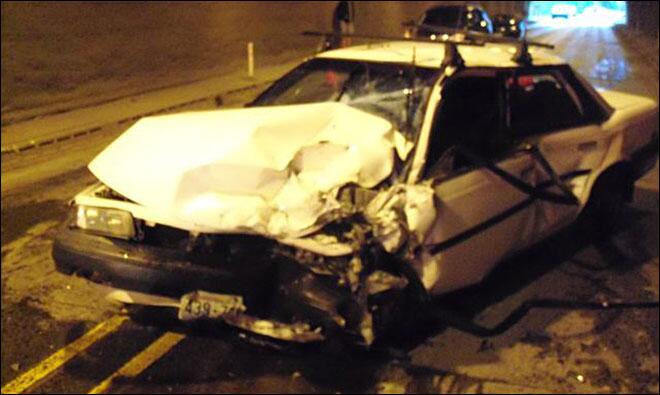 Police say a 19-year-old man caused a three-car crash when he fainted while holding his breath as he drove through a tunnel in Oregon.

Daniel J Calhon told investigators he fainted on Sunday afternoon while holding his breath in the Highway 26 tunnel near the community of Manning. His car, a 1990 Toyota Camry, drifted across the centreline and crashed head-on with a Ford Explorer.

Coppers said some people hold their breaths in tunnels as part of a game – sometimes because of superstition. No statement released as to whether either stupid practice contributed to this particular accident.