A reminder from Jonathan Bernstein 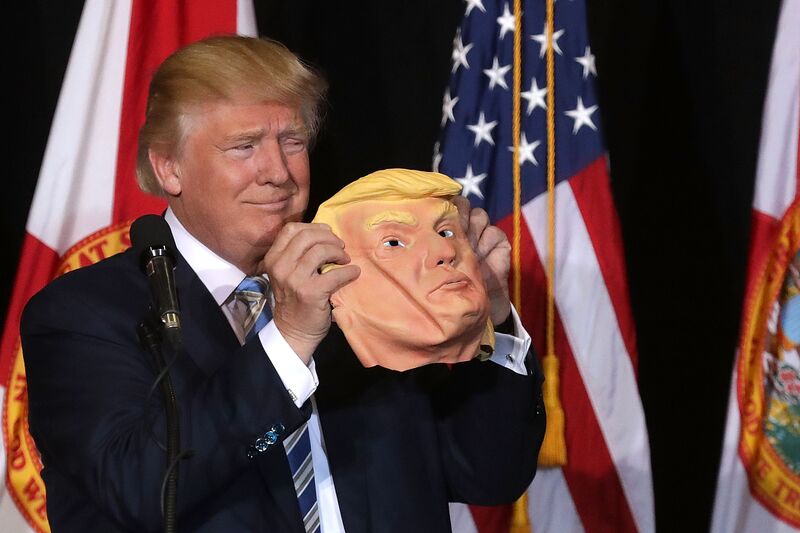 ❝ More often than not, I write about Donald Trump as if he were a normal president. It effectively explains why Trump has been such a weak president, as well as it shows the dangers of that weakness. However, he is not at all a normal president, and it’s worth stopping and pointing it out at the start of a new year.

❝ Trump remains an autocrat in style, and most likely — by his own account — in deeds, if he were able to do what he liked…U.S. presidents up to this point have, whatever their temptations or even their actions, attested to the democratic values embedded in the Constitution and the practices of the republic. Trump rarely does that…

It’s also a significant problem how, and how often, Trump strays from the truth. Trump doesn’t lie like a politician; he lies like the proverbial used-car dealer…Trump…simply makes up his own facts. Constantly. Blatantly. He did it from Day 1, where he insisted despite all evidence that the crowd for his inauguration was larger than that of Barack Obama. And he’s gone on from there.

What passes for job qualifications inside the Beltway

❝ Let us consider the qualifications of President Trump’s nominee to be Ambassador Extraordinary and Plenipotentiary of the United States of America to the Holy See: one Callista Gingrich of Virginia.

❝ She is a former clerk on the House Agriculture Committee…She is the author of children’s books about an elephant named Ellis…She sings in the choir at the Basilica of the National Shrine of the Immaculate Conception…She plays French horn in City of Fairfax Band…And, she testified Tuesday, she has “looked at some of” Pope Francis’s encyclical on climate change.

❝ But really, Gingrich was receiving a confirmation hearing before the Senate Foreign Relations Committee because of one qualification: She is married to Newt Gingrich, the former speaker of the House and a major backer of President Trump.

And now, for his support of Trump, he is getting the ultimate patronage: the chance to live in Rome on the taxpayer’s dime while his wife, the president of Gingrich Productions, enjoys a plum posting…

❝ National Catholic Reporter’s Michael Sean Winters called it “astonishing that a party that celebrates family values at every turn has a president who is on his third wife and who has bragged about his extramarital affairs and who is appointing an ambassador to the Vatican who had a six-year affair with her future husband while he was still married to his second wife.”

The nomination of Callista is also Trump’s beatification of Newt, who has done as much as anyone to coarsen American politics — and to pave the way for Trump — with his name-calling, demonizing and brinkmanship.

Appointments like this one are often payback for loyalty. With a so-called president who values loyalty as the dearest form of obedience, I guess no one should be surprised at an appointment as incompetent as anything else he’s done to demean the presidency.