Best comment at the site: “Never murder your opponent when he is in the process of committing suicide.”

On March 1, 2017, nearly six weeks after President Trump had raised his right hand and swore to preserve, protect, and defend the Constitution of the United States, he struggled to read aloud the words of the founding document. A film crew had come to the White House to record the new president reading a section of the Constitution. Trump chose to participate in the HBO production because he did not want to forgo the chance to be filmed for history, and he knew that as the sitting president he would be the documentary’s most important character…

With LED lights on stilts in front of him, Trump took his seat. “You’re lucky you got the easy part,” Alexandra Pelosi [the director] told him cheerfully. “It gets complicated after this.” But the president stumbled, trying to get out the words in the arcane, stilted form the founding fathers had written. Trump grew irritated. “It’s very hard to do because of the language here,” Trump told the crew. “It’s very hard to get through that whole thing without a stumble.” He added, “It’s like a different language, right?” The cameraman tried to calm Trump, telling him it was no big deal, to take a moment and start over. Trump tried again, but again remarked, “It’s like a foreign language.”

“Every time he stumbled, he manufactured something to blame people,” another person in the room recalled. “He never said, ‘Sorry, I’m messing this up.’ [Other] people would screw up and say, ‘Ohhhh, I’m sorry.’ They would be self-effacing. He was making up excuses and saying there were distracting sounds.… He was definitely blaming everyone for his inability to get through it. That was prickly, or childish.” Though stiff, he eventually made it through without any errors.

The Fake President has a perfectly aligned style. Dumb and dumber. Ignorant and unforgiving. Irresponsible and cowardly. 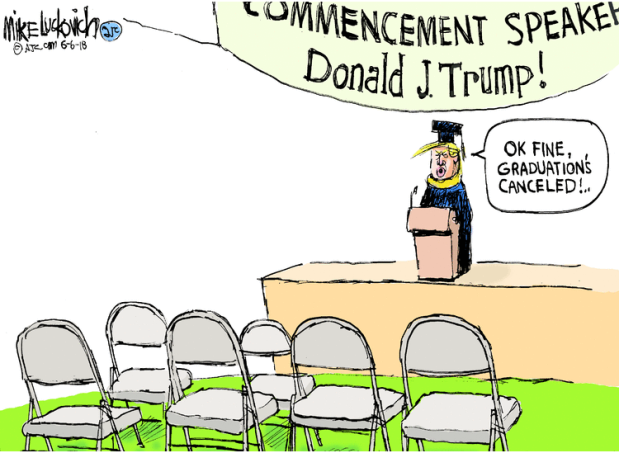 Pruitt, like Trump, is a study in self-gratification – at taxpayer expense. 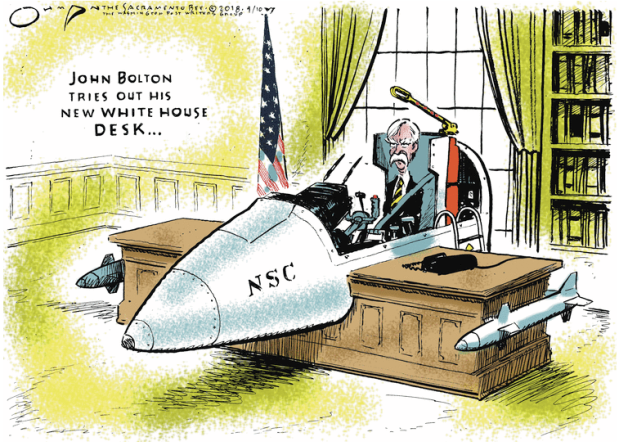 ❝ It is an odd quirk in the history of logic that the blameless Cretans should have given their name to the famous “liar paradox.” The Cretan Epimenides is supposed to have said: “All Cretans are liars.” If Epimenides was lying, he was telling the truth – and thus was lying.

❝ Something similar can be said of US President Donald Trump: Even when he’s telling the truth, many assume he is lying – and thus being true to himself. His trolling is notorious. For years, he claimed, with no evidence other than unnamed sources that he called “extremely credible,” that Barack Obama’s birth certificate was fraudulent. During the Republican primary, he linked his opponent Senator Ted Cruz’s father to John F. Kennedy’s assassination. He has promoted the quack idea that vaccines cause autism, and has masterfully deployed the suggestio falsi – for example, his insinuation that climate change is a Chinese hoax designed to cripple the American economy.

❝ There has always been a thriving market for fake information, forgeries, hoaxes, and conspiracy theories. “History is a distillation of rumor,” wrote Thomas Carlyle in the nineteenth century…Modern history provides us with some famous examples. The Zinoviev letter, a forgery implicating Britain’s Labour Party in Kremlin-led Communist sedition, was published by the Daily Mail four days before the United Kingdom’s general election in 1924, dashing Labour’s chances.

Perhaps the most famous such forgery was The Protocols of the Elders of Zion. Possibly manufactured for money, The Protocols purported to be evidence of a Jewish plan for world domination…it became the foundation of the anti-Semitic literature of the first half of the twentieth century, with horrendous consequences.

❝ So what is new? The attention being paid to fake information today arises from the hugely expanded speed with which digitally manufactured information travels around the world. In the past, one had to be able to hoodwink more or less reputable news outlets to plant fake stories. Now misinformation can go viral through social media, like a modern Black Death.

The important question is how this will affect democracy. Will the unprecedented ease of access to information liberate people from thought control, or will it strengthen it to such an extent that democracy simply drowns in a sea of manipulation?

Skidelky has no conclusive answer, RTFA for his analysis – and warning.