…a certain amount of integrity, intellectual devotion to truth, backbone is required to exercise this right.

A controlled randomized study conducted on 100 healthy Europeans just vindicated you and your coffee obsession. As far as DNA integrity is concerned coffee is actually more beneficial than water…

As it stands – all coffee is rich with anti-oxidants, a compound that enables cells to better repair themselves in the wake of the damage done by free radicals. Free radicals, birthed by sunlight, oxygen, and pollution, deteriorate the collagen fibers in the skin. The microbial properties in coffee help ward off germs in the skin. Its caffeic acid boosts collagen levels which in turn reduces the aging process…The antioxidants found in coffee are also instrumental in fighting diseases, preventing cavities, diabetes, cirrhosis of the liver and various forms of cancer.

Take a minute to click through to the original – and you’ll discover even more great reasons to drink coffee. Good old dark roast used in most of this research. Delicioso! 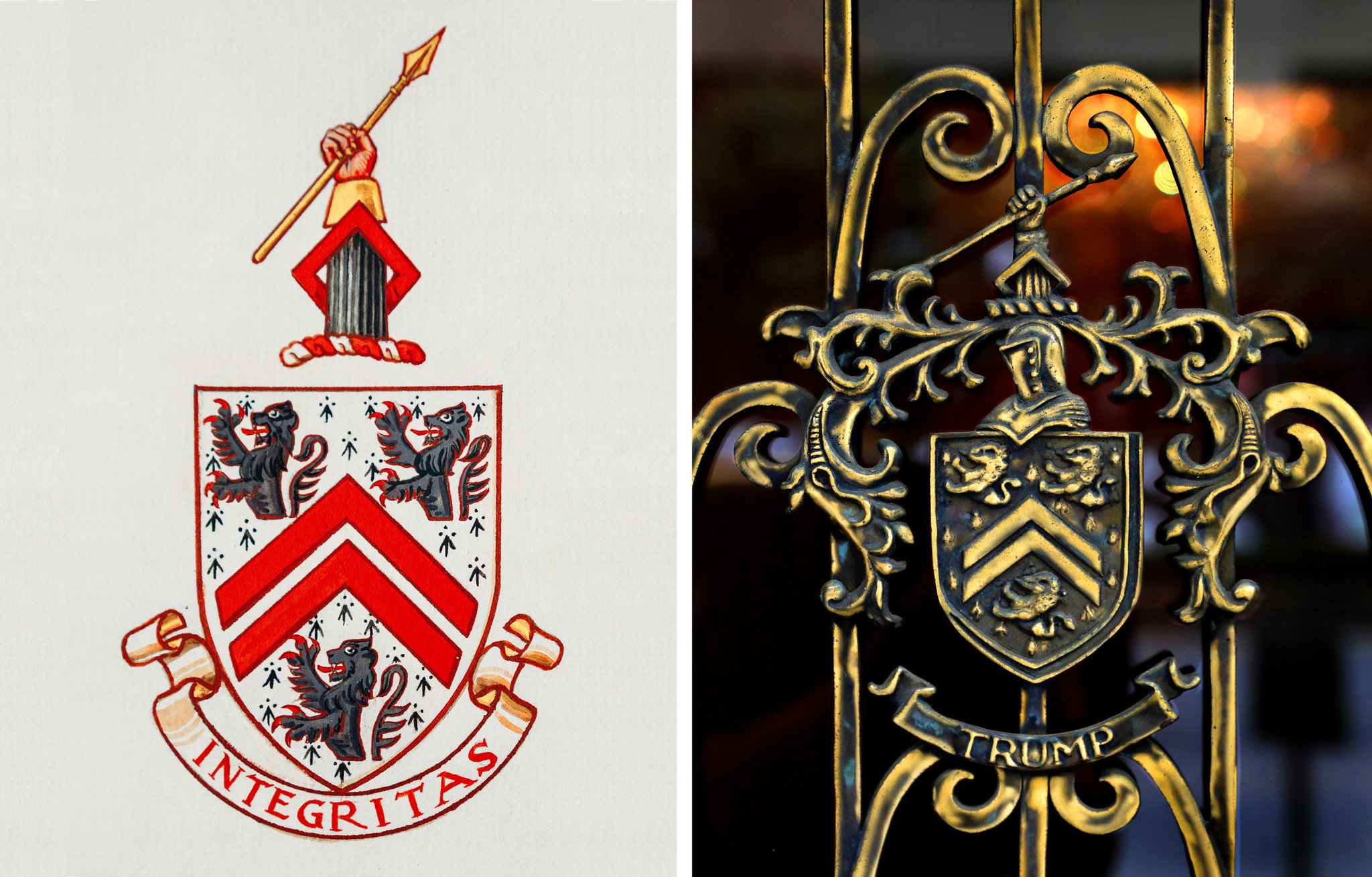 ❝ Mr. Trump’s American coat of arms belongs to another family. It was granted by British authorities in 1939 to Joseph Edward Davies, the third husband of Marjorie Merriweather Post, the socialite who built the Mar-a-Lago resort that is now Mr. Trump’s cherished getaway.

In the United States, the Trump Organization took Mr. Davies’s coat of arms for its own, making one small adjustment — replacing the word “Integritas,” Latin for integrity, with “Trump.”

I presume no one is surprised by one more example of fraud by our so-called president. One which precedes his ascendance to royal head of the United States. RTFA for the whole story.

In contracting terms, Republican integrity is below grade. The election is landfill.

Federal health officials have approved a new type of morning-after contraceptive that works longer than the current leading drug on the market.

The pill ella from HRA Pharma reduces the chance of pregnancy up to five days after sex. Plan B, the most widely used emergency contraceptive pill, begins losing its ability to prevent pregnancy within three days of sex.

The Food and Drug Administration approved the drug Friday as a prescription-only birth control option. The ruling clears the way for U.S. sales of the drug, which is already approved in Europe.

Morristown, N.J.-based Watson Pharmaceuticals will market the drug in the U.S. under an agreement with HRA. Watson said it will launch the pill in the fourth quarter.

Despite this, the drug has drawn criticism from anti-abortion groups…hypocritical liars who would take every aspect of American sexual life back to the 19th Century in BibleVille.

Abortion rights groups hailed the approval as an important step for the FDA, which was criticized in 2006 for its handling of Plan B’s approval…

‘‘Approval of ella is another indication that the FDA is committed to restoring scientific integrity in its decisions,” said Kirsten Moore, president of the advocacy group Reproductive Health Technologies Project.

But, then, so is pretty much anything that has to get past the Morality Nazis.

David Stockman, who was a young right-wing Congressman, back in the 1970’s and then served as Ronald Reagan’s OMB director, explains that the entire economic mess that the United States is in today is the fault of his party, the GOP.

Stockman…says he was more right than he ever could have imagined thirty years ago. The GOP — under Richard Nixon, Ronald Reagan and two Bushes — destroyed the economy. Maybe forever.

Stockman points to…the extraordinary growth of our public debt. In 1970 it was just 40 percent of gross domestic product, or about $425 billion. When it reaches $18 trillion, it will be 40 times greater than in 1970. This debt explosion has resulted not from big spending by the Democrats, but instead the Republican Party’s embrace, about three decades ago, of the insidious doctrine that deficits don’t matter if they result from tax cuts.

In 1981, traditional Republicans supported tax cuts, matched by spending cuts, to offset the way inflation was pushing many taxpayers into higher brackets and to spur investment. The Reagan administration’s hastily prepared fiscal blueprint, however, was no match for the primordial forces — the welfare state and the warfare state — that drive the federal spending machine.

Soon, the neocons were pushing the military budget skyward. And the Republicans on Capitol Hill who were supposed to cut spending exempted from the knife most of the domestic budget — entitlements, farm subsidies, education, water projects. But in the end it was a new cadre of ideological tax-cutters who killed the Republicans’ fiscal religion.

President Obama inherited the mess left by the GOP and its bluedog Democratic buddies. But, I have to say, that he helped undermine his own Presidency,and ended any chance for a serious change in course, by not allowing Congressional liberals expose what the GOP did. I suppose the Democrats were afraid that names like Chuck Schumer – who did his own part to undo the economy through his slavish devotion to Wall Street – might come up so the Democrats decided to let bygones be bygones.

Republicans plus the truly gutless Blue Dog Democrats are building a legacy. Future generations will get to pick up the tab.

Obama brought us a lot of change on individual issues, workplace issues, equal opportunity issues – involving women – even if he’s a wimp on LGBT civil rights. He’s not had the integrity to challenge his own party to change the way they do business.

And the Democrats haven’t had the backbone to step away from business as usual in Congress and foreign policy. Israel, the Pentagon, the military-industrial complex that Eisenhower decided to challenge before he left office – in 1961 – still rule. No one in the hallowed American middle-of-the-road paid any attention.

Result? Our nation is solidly on the way to becoming second-rate.