” Boeing Co’s Starliner astronaut spacecraft landed in the New Mexico desert on Sunday, the company said, after faulty software forced officials to cut short an unmanned mission aimed at taking it to the International Space Station.

The landing at 7:58 a.m. ET (1258 GMT) in the White Sands desert capped a turbulent 48 hours for Boeing’s botched milestone test of an astronaut capsule that is designed to help NASA regain its human spaceflight capabilities.

” “We hit the bull’s-eye,” a Boeing spokesman said on a livestream of the landing…

” The Starliner capsule was successfully launched from Florida on Friday, but an automated timer error prevented it from attaining the right orbit to meet and dock with the space station. That failure came as Boeing sought an engineering and public relations victory in a year that has seen corporate crisis over the grounding of its 737 MAX jetliner following two fatal crashes of the aircraft.

I watched live coverage of the portion of this adventure that was intended to include docking with the space station. Initial response by commentators may have oversimplified the “error” that made the linkup impossible. Essentially, someone gave the Starliner the wrong time zone for rendezvous with the ISS. Not the first time for an error like this. Might not be the last, either. 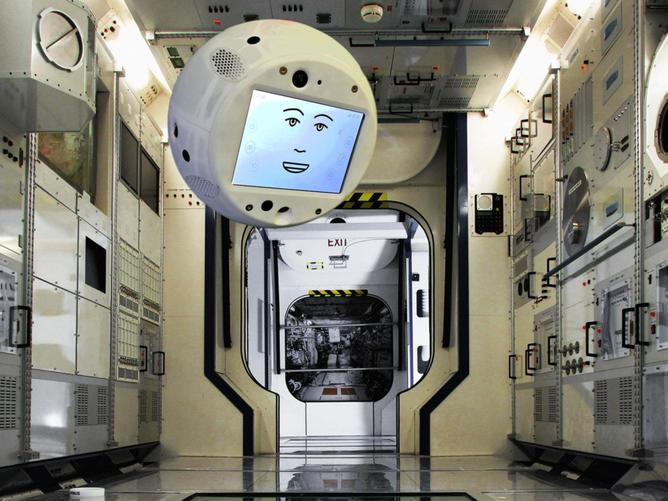 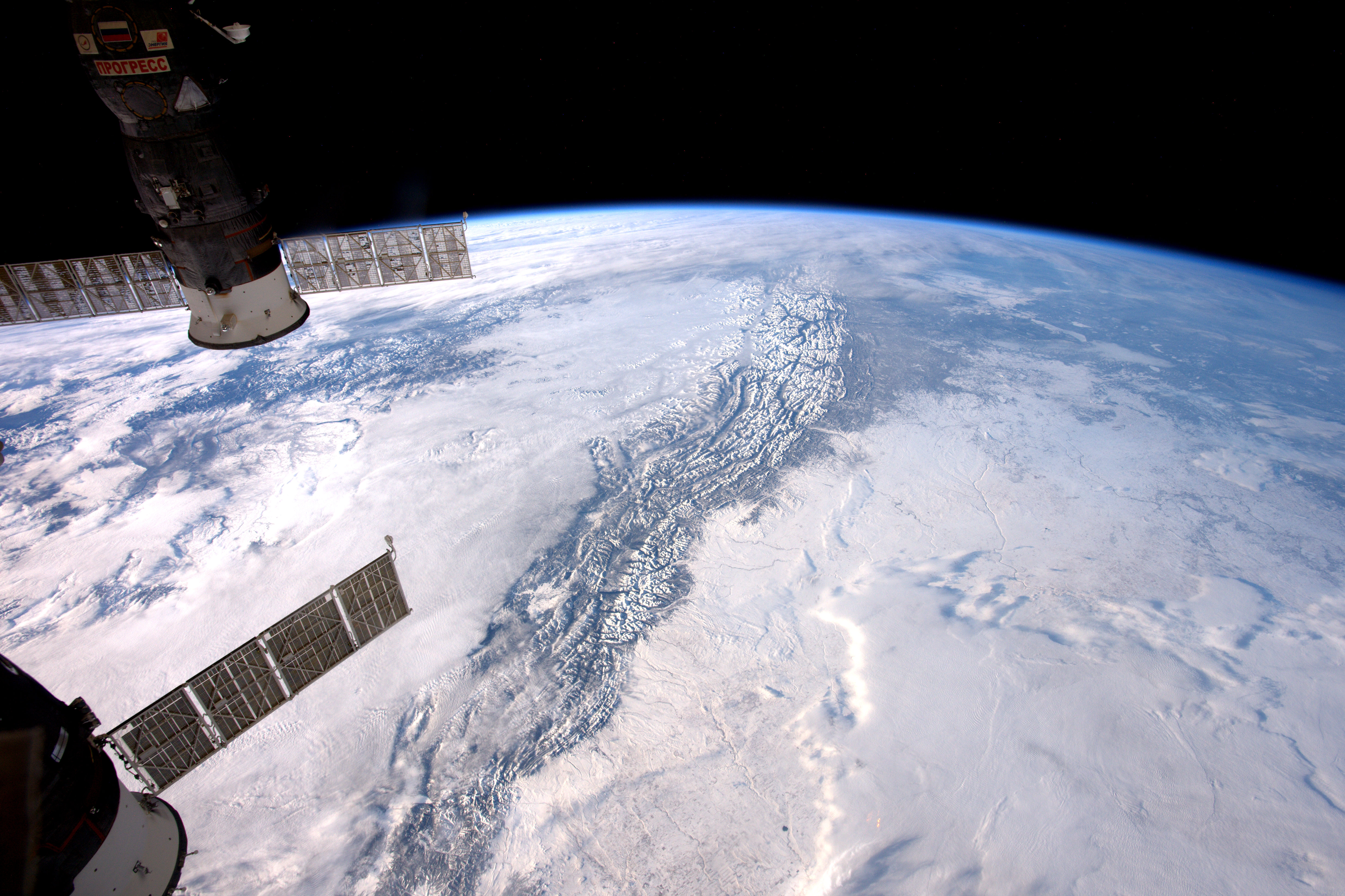 Expedition 50 Flight Engineer Thomas Pesquet of the European Space Agency photographed the Rocky Mountains from his vantage point in low Earth orbit aboard the International Space Station. He shared the image with his social media followers on Jan. 9, 2017, writing, “the Rocky mountains are a step too high – even for the clouds to cross.”

This is Mike Hopkins – if you didn’t recognize him!

Most people probably assumed space was devoid of any sort of distinct musk — space is just a cold, dark, lifeless place, after all. But not so, says NASA astronaut Mike Hopkins, who recently returned to Earth after 166 days aboard the International Space Station.

Yesterday, in a tell-all, “ask-me-anything” Reddit interview, Hopkins spilled some of space’s secrets — including the fact that it smells.

“Space has a smell,” Hopkins wrote in one of his many responses. “And I don’t mean inside the space station,” he continued. “When a visiting vehicle docks with the space station, there is ‘space’ between the two vehicles. Once the pressure is equalized and the hatch is opened, you have this metallic ionization-type smell. It’s quite unique and very distinct.”

Among the other nuggets of space truth offered by Hopkins were the facts that: astronauts sweat and occasionally get nervous, the food isn’t that bad (his favorites were beef enchiladas and apricot cobbler), and that the he and his fellow ISS companions drink sweat to keep hydrated.

“The interesting part is that the sweat does go into the condensate system that gets recycled,” Hopkins wrote. “Eventually after the towels dry off and the water is recycled, it becomes drinking water.”

I know our culture inhibits casual reading of anything that even sounds like it’s somehow scientific. Still, I keep hoping.

Chris Hadfield’s link with Canadians – and mellow space geeks around the world – has been very special. This music video caps off his time in space for a lot of us Earthbound folk.

UPDATE: Safe landing back on Earth, this morning, 14 May.

A SpaceX Dragon cargo capsule overcame a potentially mission-ending technical problem to make a belated but welcome arrival at the International Space Station on Sunday.

Astronauts aboard the outpost used the station’s robotic arm to pluck the capsule from orbit at 5:31 a.m. EST as the ships sailed 250 miles over northern Ukraine.

The Dragon capsule, loaded with more than 2,300 pounds of science equipment, spare parts, food and supplies, blasted off from Cape Canaveral Air Force Station in Florida on Friday aboard a SpaceX Falcon 9 rocket for the second of 12 planned supply runs for NASA…

Dragon was to have arrived at the station on Saturday but a problem with its thruster rocket pods developed soon after reaching orbit. Engineers sent commands for Dragon to flip valves and clear any blockage in a pressurization line in an attempt to salvage the mission.

By Friday evening, Dragon had fired its thruster rockets to raise its altitude and begin steering itself to rendezvous with the station.

“As they say, it’s not where you start but where you finish that counts. You guys really finished this one on the mark,” station commander Kevin Ford radioed to Dragon’s flight control team in Hawthorne, California, and NASA’s Mission Control in Houston…

Once the capsule is unloaded, the crew will begin refilling it with 3,000 pounds (1,361 kg) of unneeded and broken equipment and science samples for analysis on Earth.

Following events as they happened, one process that was clear is the growth and evolution of computing power has added depth and capability to control systems on devices like the Dragon. Thruster problems would have made a mission like this a dead end a decade ago. Now, backups and workarounds were a matter of enabling changes in the program.

Thanks to Barry Ritholtz, The Big Picture

Photo provided by SpaceX – capsule in Pacific right after splashdown

The pilotless Dragon left the ISS after a nine-day mission loaded with 1,455 pounds of cargo on early Thursday morning. After separating from the space station, Dragon fired a series of engine burns to slow itself down enough to drop from orbit. The craft encountered temperatures of up to 4,000 degrees Fahrenheit on the most intense part of the fall.

Dragon also fired a series of thruster bursts to keep itself on target for a splashdown a few hundred miles from southern California. At 45,000 feet above the Earth, the craft deployed two small parachutes that stabilized its flight path. Once those parachutes were fully deployed, three main brightly colored chutes were released, each with a diameter of 116 feet. Dragon’s altitude loss then slowed to about 17 feet per second, allowing it a comfortable aquatic arrival.

While Dragon descended from the heavens, a NASA aircraft watched via infrared camera and a pre-positioned group of ships owned by SpaceX sat ready to recover the 19-foot-long spacecraft. The craft touched down in the cloud-covered Pacific Ocean at 11:42 a.m. ET.

The ships’ crewmembers initially had trouble locating the spacecraft because of the heavy cloud coverage in the area, but the orange-and-white main parachutes caught their attention. SpaceX dive teams then disconnected the main parachutes and towed the craft to the barge, which used a heavy-lifting crane to take it on board…

Dragon launched from Cape Canaveral, Florida on May 22 after a series of delays. It docked with the ISS on May 25, becoming the first privately-owned spacecraft to do so. The spacecraft brought experimental equipment and other cargo to the ISS.

Today’s arrival of a cargo spaceship at the International Space Station wasn’t your typical outer-space delivery run: It was an emotional experience for many of the folks who watched NASA’s webcast of the SpaceX Dragon’s approach.
“I’m not going to lie, I’m a little choked up right now,” Discovery News’ Ian O’Neill wrote in a Twitter update. “But I suppose that happens when you watch history unfold.”

The event marked the first time since the space shuttle fleet’s retirement that a spaceship made in the USA linked up with the space station, and the first arrival of a private-sector ship at an orbital destination. If NASA has its way, this is what American spaceflight will look like for years to come. So take a good look at these pictures from the first Dragon flight to the space station. You’ll be seeing a lot more like them.

Bravo! A new generation of space exploration is off the start line.


A new era in space exploration dawned Tuesday as a slender rocket shot into the dark Florida sky before sunrise, carrying the first private spacecraft bound for the International Space Station…

The unmanned SpaceX Falcon 9 rocket blasted off from Cape Canaveral, Florida, at 3:44 a.m., carrying 1,300 pounds of food, clothing and scientific experiments on a demonstration mission to gauge the company’s ability to safely and efficiently deliver supplies to astronauts staffing the orbiting station…

The rocket launched without a hitch following a flawless countdown that came three days after a faulty valve on one of the rocket’s engines forced a last-second postponement.

At 180 feet tall and 12 feet around, the Falcon 9 rocket is tiny in comparison to the football-field-long Saturn V rockets that carried Apollo spacecraft into orbit. It carries the company’s Dragon cargo capsule capable of carrying 13,228 pounds of supplies into orbit…

The capsule is scheduled to perform a series of maneuvers that should bring it within reach of the space station’s robotic arm on Friday. If NASA gives the go-ahead, the crew will use the arm to attach the capsule to the station and begin unloading supplies, according to SpaceX.

It will remain attached to the station for two weeks before it plummets back into the atmosphere and splashes into the Pacific Ocean off the California coast.