New South Wales residents should also be on alert for funnel web spiders, according to Australia’s Reptile Park, which issued a warning that the wet weather conditions and warm temperatures create “perfect conditions” for the deadly spiders to breed and “thrive” in gardens and homes in Sydney, Newcastle and the Central Coast.

Meanwhile, in Western Australia, the weather bureau issued a catastrophic fire warning for the state’s interior state on Thursday, while the risk level in the East Pilbara was extreme…

Meney also encouraged anyone who can safely catch a funnel web spider to donate it to the reptile park, so it can be milked and antivenom produced ahead of a summer of warm and wet weather – conditions which draw male funnel webs out in search of a mate to breed with…

The impact of La Niña on Australia’s wildlife is also being considered by shark experts, as they look to explain predatory behaviour that has seen more Australians killed in unprovoked shark attacks this year than in any year since 1934. 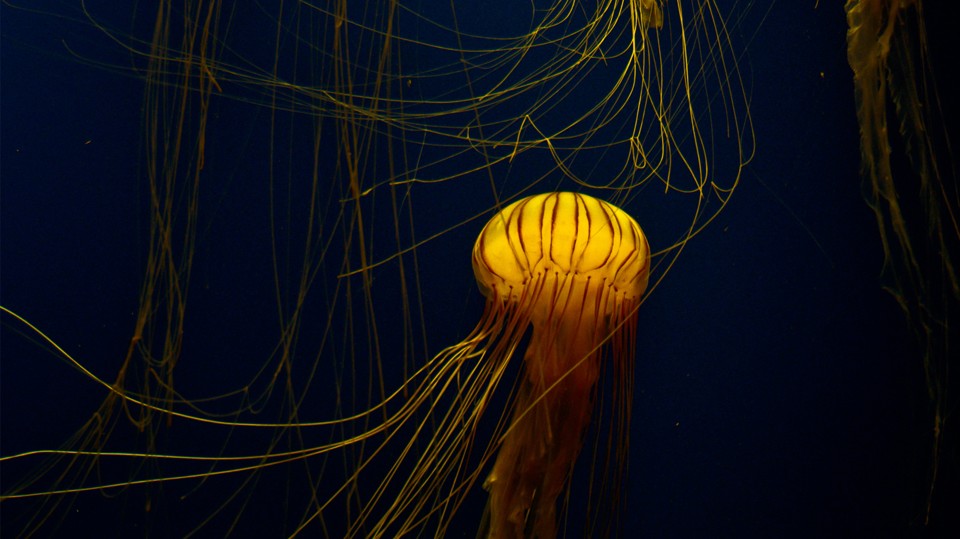 ❝ The most common Irukandji, Carukia barnesi, are the size of a chickpea, and because they’re colorless, in the ocean they’re more or less invisible. The smaller ones might appear to you as the residue of a sneeze. The Irukandji’s translucent bell, shaped like a tiny boxing glove, trails four tentacles, delicate as cotton thread and about three feet long. The jellyfish’s sting doesn’t hurt overmuch. The pain is perhaps equivalent to a mild static zap from a metal doorknob—hardly even enough to make you want to suck your finger. The C. barnesi does not leave red welts, as other jellyfish do. You might miss the prick of its microscopic, stinging darts. You might think it’s just the start of sunburn.

RTFA. There are several little quirks like this that add a level of adventure and excitement to ordinary life in Australia I wouldn’t seek out.

❝ The sight of flying umbrellas, changing altitude with a fluttering rhythm, looks more like an animated Disney scene than graduate work by a student engineer.

“I wanted to push the envelope of coordinating drones in the sky,” says the project’s creator Alan Kwan, a student in MIT’s “ACT” (Art, Culture and Technology) program. He wanted his drones to act almost alive, “not like things to be controlled by an algorithm,” he says, “but flying creatures that take on a synchronous life.”…

❝ Digital synesthesia is not the only goal of Kwan’s project. “People have this perception of drones as weapons,” he says, “and I’m trying to push this work in the direction of the poetic. I think that contrast is interesting.”

Using rat heart cells and silicone polymer, researchers have bioengineered a “jellyfish” that knows how to swim.

The odd jellyfish mimic, dubbed a “Medusoid” by its creators, is more than a curiosity. It’s a natural biological pump, just like the human heart. That makes it a good model to use to study cardiac physiology, said study researcher Kevin Kit Parker, a bioengineer at Harvard University.

“The idea is to look at a muscular pump other than the heart or other muscular organ and see if there are some fundamental similarities, or design principles, that are conserved across them,” Parker told LiveScience. “This study revealed that there are…”

The ingredients were rat heart muscle cells and a thin silicone film…Along with researchers from the California Institute of Technology, he and his team engineered the cells and silicone in a pattern that mimicked the structure of a real jellyfish. They then stuck the creature in a tank full of electrically conducting fluid and zapped it with current.

The result was a swimming, pulsating creature that acts not unlike a real jellyfish…

Parker is interested in using the Medusoids for cardiovascular drug development and as a step in new designs for artificial hearts. He also has plans to go bigger.

The next step, he said, is to “pick another animal that has a more difficult anatomy and function, and build it. Give me a year or two!”

My kind of scientist. As interested in the next challenge as the success of his last work.

Giant jellyfish descend on the Sea of Japan, causing untold devastation to coastal villages and leaving a trail of destruction and human misery behind.

Sounds like a great sci-fi flick. But it’s not. It’s real and it’s a nightmare for Japanese fishermen.

The massive sea creatures, called Nomura’s jellyfish, can grow 6 feet in diameter and weigh more than 450 pounds. Scientists think they originate in the Yellow Sea and in Chinese waters. For the third year since 2005, ocean currents are transporting them into the Sea of Japan.

Monty Williams, a marine biologist at Alabama’s Dauphin Island Sea Lab, said the jellyfish grow to an enormous size as they are transported by ocean currents. He said they stay together in packs and as they drift northward, they get caught in fishermen’s nets…

The jellyfish destroy fishermen’s nets, getting trapped in them, tearing holes and ruining catches.

Fishermen often use expensive mazelike nets that stretch for hundreds of kilometers. When swarms of giant jellyfish tear them, the result is devastating. “Communities of fishermen and these fishing villages own these nets,” Williams said. “When these nets get wiped out, it actually has this economic devastation for an entire community.”

I know it doesn’t feel like anything termed “short-term phenomenon” to the fishermen. But, in terms of oceanography, unless someone knows of radical changes taking place in the region, that’s exactly what’s described. That’s why I never would be a farmer, regardless of how many times my agricultural kin offer that avenue. And a decade or so of subsistence fishing as a youth was sufficient, thank you.

Surely, there must be a lame and leftover Cold Warrior in Japan’s Parliament who can blame China – or Greenpeace – for this? I probably could find a dozen or so in Congress.