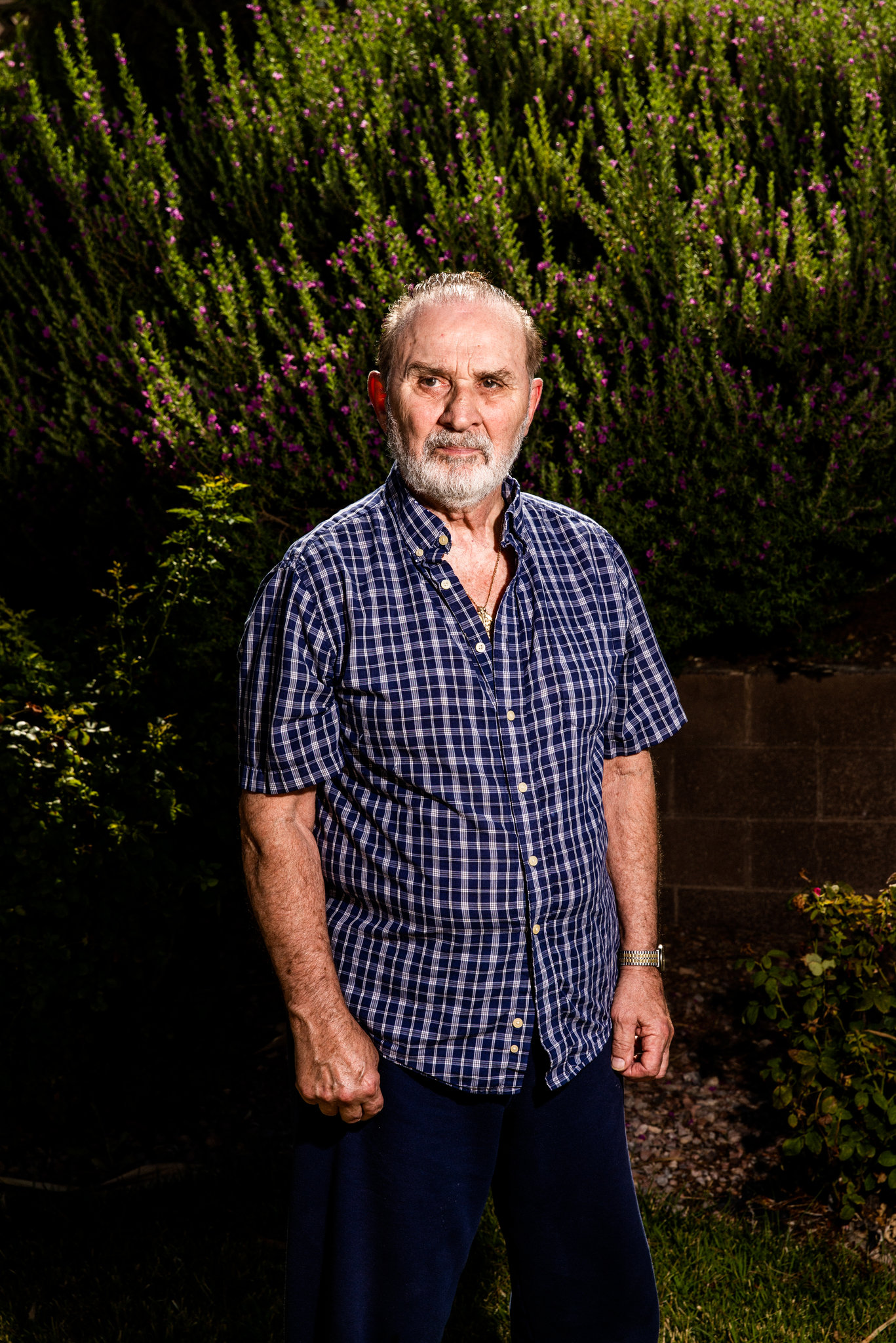 For a rapidly growing share of older Americans, traditional ideas about life in retirement are being upended by a dismal reality: bankruptcy.

The signs of potential trouble — vanishing pensions, soaring medical expenses, inadequate savings — have been building for years. Now, new research sheds light on the scope of the problem: The rate of people 65 and older filing for bankruptcy is three times what it was in 1991, the study found, and the same group accounts for a far greater share of all filers.

Driving the surge, the study suggests, is a three-decade shift of financial risk from government and employers to individuals, who are bearing an ever-greater responsibility for their own financial well-being as the social safety net shrinks.

The transfer has come in the form of, among other things, longer waits for full Social Security benefits, the replacement of employer-provided pensions with 401(k) savings plans and more out-of-pocket spending on health care. Declining incomes, whether in retirement or leading up to it, compound the challenge.

But, hey, if you’re a Trumplican, Don’t Worry, Be Happy. You have no shortage of folks to hate, to blame, and your own political party that keeps the rich afloat and you at the ready to help – them – out.

❝ Patients seen at urgent care centers for common conditions such as asthma, the flu, and the common cold are more likely to receive antibiotics unnecessarily, compared with patients treated for the same illnesses at other types of health care facilities. In fact, nearly half (46 percent) of patients in urgent care centers who were diagnosed with one of the acute respiratory conditions for which antibiotics are neither recommended nor effective received an antibiotic prescription anyway.

In retail health clinics, just 14 percent of patients did…

❝ This new information is part of an ongoing collaboration between Pew and CDC to better understand and improve antibiotic prescribing in the U.S., which is key to slowing the spread of antibiotic-resistant superbugs. The findings build on previous research led by Pew and CDC using different data sources, which showed that:

❝ Patients with acute respiratory infections often do not receive the recommended treatment.

Ask questions, folks. Learn to say “NO” if you feel the answers aren’t made clear.

I know it’s a battle to find the right doctor – if you can find one who understands the economics of our crappy healthcare system. Unless you’re independently wealthy, of course. My wife and I have been fortunate enough to spend recent years with a young couple of physicians, husband-and-wife, who are well-educated and open-minded. Good for us! Still, there’s always a disaster imminent that requires urgent care. Keep your options open. 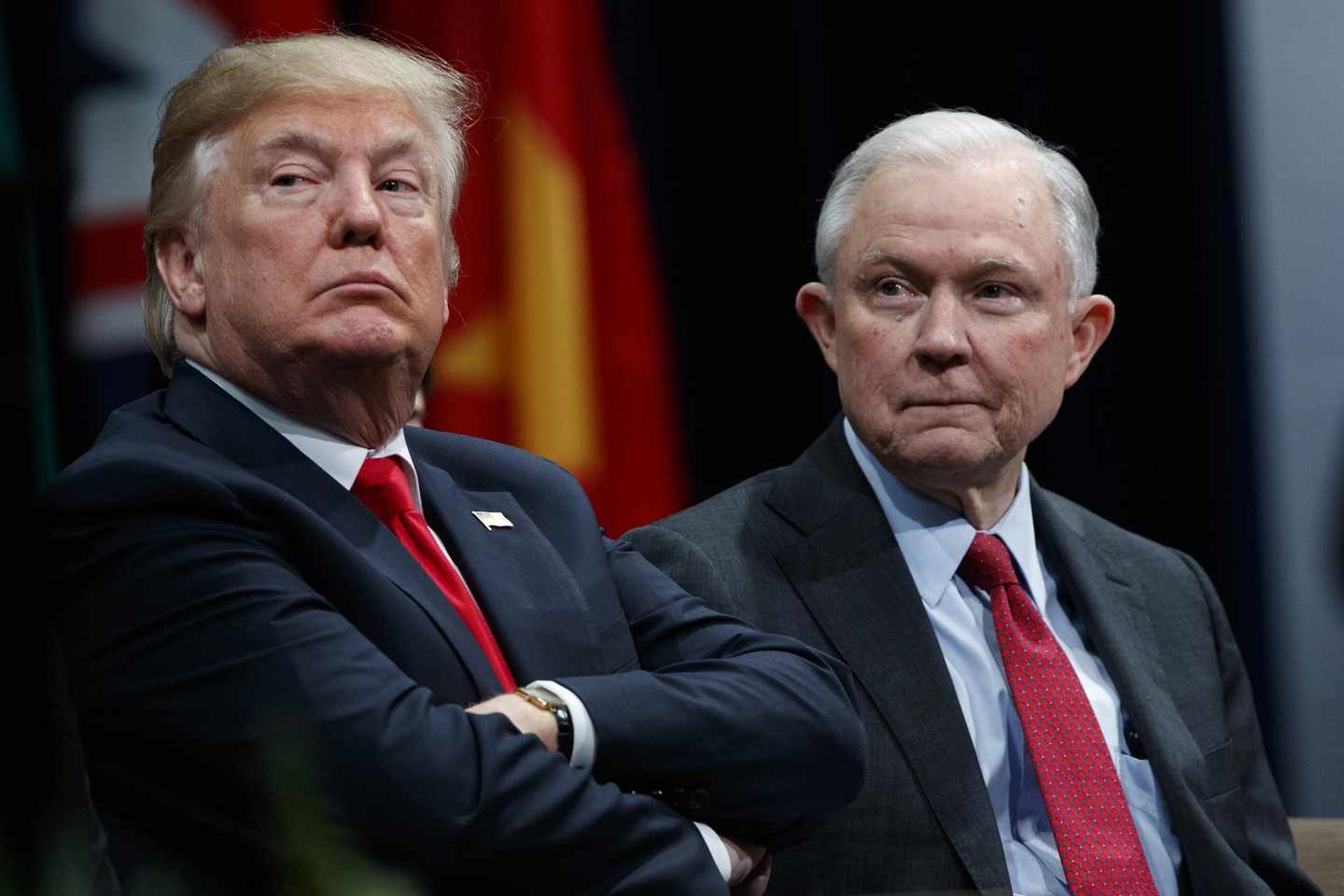 ❝ A continuing challenge of covering the three-ring circus that is the Trump administration is not letting the outrageous antics and statements of the president and his allies distract attention from the outrageous policies being implemented on his watch.

One example, unfolding right now in the midst of the president’s various rhetorical wars — with our G-7 partners, with the special counsel, with his own attorney general — is the administration’s remarkable move not to defend the constitutionality of key parts of the Affordable Care Act…

❝ This is crazy. Nobody imagined — not members of Congress who happily gutted the individual mandate, not President Trump in signing the new law, not members of the public who wanted to learn about what the tax change meant for them — that the consequence was also to eviscerate perhaps the most popular part of the health care law, the protection for those with pre-existing conditions.

You might have thought if that was going to happen, it would have come up at some point in the public debate. You might have thought it would receive some notice from the president, who in his first address to a joint session of Congress proclaimed that it was his priority to “ensure that Americans with pre-existing conditions have access to coverage,” and who signed the tax law without any peep about this provision’s supposed unconstitutionality.

I wouldn’t say “crazy” and I’m not surprised. I expect nothing less than absolute allegiance to the most corrupt ideology of America’s class rulers. In this instance, Trumps/Sessions lifetime of butt-kissing of the whole medical-industrial complex.

From insurance companies to Big Pharma, there is no masquerade of new evidence or revelation. The corruption of these two politicians has always been as self-evident as their racism, snobbery, sexual hangups. You pick out something disgusting and backwards about American politics there’s a good chance they’re standing in line for a hug. The administration of President Donald Trump has planned to widen the appearance of America’s trade deficit, measured as total exports minus total imports, by changing the method used to calculate it.

The new calculation would count items known as “re-exports” — products first imported into the U.S. and then transferred, unchanged, to neighboring countries — as imports, but not exports. That would effectively exaggerate the deficit total, the Wall Street Journal reported Sunday…

Economists expressed worries that the new method would steer trade data away from a preferred level of “symmetry” in the way exports and imports are accounted for, as former Bureau of Labor Statistics Director Steve Landefeld put it in an interview with the paper.

Trump has previously declared himself a lover of debt and “the king of debt,” and suggested that the U.S. should take advantage of rising bond yield rates — which come hand-in-hand with falling bond prices — to “buy back government debt at a discount,” or simply “print the money” needed to cover the deficit.

All the fiddling that Republicans accuse Democrats of doing.

Total government debt, a cumulative measure of yearly deficit amounts — which includes government securities held by the citizens, companies, local and state governments and the Federal Reserve, along with money owed to foreign governments and beneficiaries of federal programs, such as Social Security — has been on track to reach $20 trillion.

The IBTimes repeats the Republican canard that Social Security [usually adding in Medicare] is part of their debt worries. Only if Congress steals the money from funds contributed by American individuals in the form of FICA payments. They are, in fact, insurance programs. Differing essentially from private insurance in their efficiency. They require less than a quarter of the administrative cost our corporate insurers claim is necessary.

Congressional pimps for privatization usually follow this up with whines of the imminent collapse of both. Imminent meaning a decade or so. Then, whines about raising the percentage going into FICA appear – conveniently ignoring the fact that there is a cut-off point above which wealthier Americans cease to pay into the fund. Removing that cap gets rid off another 50 years or more of 2-party craptastic lies – while working folks receive the benefits we paid for.

❝ National health insurance has become a defining issue in the contest for the Democratic nomination. Bernie has put “Medicare for all” squarely back on the table. Hillary calls that pie-in-the-sky: instead, she would build on the Affordable Care Act…As she says, market-based private insurance was originally her idea.

❝ We can all agree that the ACA has benefited many, particularly the poor and the sick.

But Medicare for all has picked up some interesting supporters: for example, Fareed Zakaria, a high-profile TV commentator whose beat is foreign affairs, and Donald Berwick, MD, who, as administrator of the Centers for Medicare and Medicaid Services, supervised the roll-out of the ACA.

Moreover, the Kaiser Family Foundation December 2015 Tracking Poll demonstrates majority support among ordinary Americans – 58%; a 2014 survey of physicians and medical students in Maine showed that many doctors also (in Maine at least) would prefer single-payer, especially those practicing primary care.

So it is disappointing that liberal economists whom I respect, such as New York Times columnist and Nobel laureate Paul Krugman, conclude that single-payer would be too expensive and too disruptive — that we should improve the ACA instead.

❝ Krugman, of course, is trained to crunch numbers — I can’t. But from the exam room where I sit, his conclusion doesn’t make sense. The principal advantage of single-payer, after all, is that it is less expensive than our market-based system.

That is not just idle speculation: every other developed nation has either some form of single-payer or highly regulated private insurance with price controls — and they all achieve better health outcomes, with genuinely universal coverage, for at least 30% less (as a fraction of the Gross Domestic Product) than we do, even though we still cover something less than the entire population.

❝ Perhaps the economists simply substituted Treasury payments for employers’ contributions to their employees’ health insurance (something the ACA was specifically designed to preserve), and left everything else in place: that would indeed be a huge hit to the federal budget, particularly since employers, representing a large group of mostly healthy employee families, can negotiate better deals with insurers than individuals can.

But that is not how Medicare for all would work. Instead, it would be like Medicare today, improved to make it even less expensive for the Treasury and individual beneficiaries. Since everyone would receive the same, comprehensive benefits, administrative costs would be much lower. The huge transaction costs engendered by the ACA — hundreds of thousands of annual negotiations between insurers, doctors, hospitals, pharmaceutical benefit managers, and manufacturers — would decline significantly…

❝ Finally — and most controversially — Medicare, which currently sets prices for doctors and hospitals, would extend price controls to other health services, such as prescription drugs and devices, through open procedures with due process and opportunity for comment as mandated by the Constitution. Or Medicare could negotiate prices, as the Department of Veterans Affairs currently does.

I didn’t include the whole article. The core is here. RTFA for details – which further illustrate the benefits of Dr. Poplin’s proposal. I’m pleased she included mention of the negotiations already standard procedure for the Department of Veterans Affairs. Nothing new. Part of normal operations for years resulting in significant cost savings.

Speaking of costs, you should take notice of the history of what’s accepted as standard in the medical-industrial complex vs federal government management of Medicare or, say, Social Security. Administrative costs to civil service managers run in general less than 3% to run those programs. Insurers bag taxpayers 15-25% for the same kind of work.

A cost I look forward to seeing brought down to the level of existing entitlements.

The ill-logic of a Republican-controlled Congress.