The film and TV tax credit that put New Mexico on the map is now nearly two decades old. Launched in 2003, it didn’t just transform the production landscape in the Land of Enchantment, along with a new tax credit in Louisiana, the state also kicked off a domestic incentives arms race that created vibrant industry hubs across the country and changed how projects are financed.

Today, New Mexico offers a base 25% refundable tax credit that can go as high as 35% when other uplifts are factored in. For instance, productions can earn an additional 5% by shooting in one of the state’s 15 qualified production facilities, an offer the state would’ve been unable to make in the early days of the incentive, when productions searching for soundstages usually had to settle for an abandoned warehouse or factory.

Direct production spend in New Mexico hit a record $855.4 million in fiscal year 2022, up 36% year-over-year from 2021. The state has also been benefiting from the trickle-down effects of film and TV tourism.

And, of course, reliable work for technical and creative staff enables folks to move here, live here…continue earning their living somewhere laid back and mellow.

Actually, I don’t even agree with that headline up top.

Yes, streaming allows me to find entertainment worth watching. In a sense, because the whole WWWeb offers the best creative possibilities in the world. It’s a lot of work to sort out the cream from the crap; but, I take the time to do it every month, every few weeks.

Frankly, I feel that cable has dribbled away to the same bottom-feeding level of mediocrity that networks continue to offer the great American public. That’s an echo from the past for me. I moved my creative brain in with the hipsters of the 50’s and 60’s – seeing exactly the same level of crap telecommunications we face, now. The only difference is the range and breadth of useless crap offered has grown. 60 years later. There’s obviously enough money to be made from mediocrity to feed American consumers what they’re used to, what they believe to be “the best in the world”. That common American delusion.

Streaming allows me the 2 hours or so I allocate every evening for TV entertainment. We still have a number of talented writers, producers, directors, actors. They make our movies – which often approach greatness. Not all, of course. But, a healthy sample. They produce seasonal – and standalone – productions for television. They’re relatively easy to add to the mix I keep track of to watch. But, basic cable TV programing is no better than OTA crap…IMHO, nowadays.

I have to subscribe to at least a “basic” package to have cable access to the Web. I chose one with lots of channels. 60 or 70. Excepting a movie or series I find somewhere on the Web … excepting the few channels carrying foreign or domestic “football” [what my fellow Americans call “soccer”] … I watch 4 channels: CNN news, MSNBC news, CBS news, BloombergTV news. They’re on and off over the day. The last thing I check out before turning off the TV and moving to my study to finish the day online. After I’ve watched a movie or a series of choice … found online from the search function on APPLETV+, AMAZONTV+, bits and pieces from a few others. For the 2 hours or so I allocate.

Yup. Been here before. Up, down or sideways, it’s the same as it ever was.

But where does the yippee-ki-yay part come from?

The yip part of yippee is old. It originated in the 15th century and meant “to cheep, as a young bird,” according to the Oxford English Dictionary (OED). The more well-known meaning, to emit a high-pitched bark, came about around 1907, as per the OED, and gained the figurative meaning “to shout; to complain…”

Now how about the whole phrase, yippee-ki-yay? It seems to be a play on “yippie yi yo kayah,” a refrain from a 1930s Bing Crosby song, “I’m An Old Cowhand.”

Do cowboys really say this? We’re guessing probably not, unless of course they’re single-handedly (and shoelessly) defeating a gang of bank robbers on Christmas Eve.

Have to realize, folks, just how popular Bruce Willis is in working class America. I know a few cowhands in my neck of the prairie and I’d bet they’re not alone in repeating BW’s badass bravado. In fact, I have no doubt there are beaucoup more non-cowboys than cowboys ready to play at being a Willis-style hard man. With or without a proper H&K MP5 Machine Gun.

❝ The U.S. military has warned service members about the potential for a mass shooter at screenings of the Warner Bros. film Joker, which has sparked wide concerns from, among others, the families of those killed during the 2012 mass shooting in Aurora, Colorado…

In a September 18th email, service members were instructed to remain aware of their surroundings and “identify two escape routes” when entering theaters. In the event of a shooting…“Run if you can,” the safety notice said. “If you’re stuck, hide (also known as ‘sheltering in place’), and stay quiet. If a shooter finds you, fight with whatever you can.”

RTFA for details, background – a copy of the Army email – and discussion of the Great American Pastime of mass murder.

We cut the cable cord [well, satellite box cord] a couple of years ago. AppleTV had been a consistent, productive adjunctive device providing some of my favorite movies – and 4K was coming. We’ve experimented with a couple of streaming services, now, and I don’t mind admitting that to date cost is prime. Yes, “Prime” is another important word in our extended household.

Quality delivered for a certain cost is more important than quality alone. Our wee compound is entirely populated by retirees. Politicians who would screw over social security or Medicare or Obamacare should only dare enter our driveway in an armored vehicle. Budgets for retirees always end up being a life-or-death discussion.

Right now, AppleTV is primarily a delivery system. Damned good, for example – when we actually catch a live 4K feed of, say, a Euro or British football match. Exceptional, satisfying, mind-grabbing when it’s episode after episode of a murder mystery with Detective Bosch stalking the villain. Yeah, the commercials are right.

We’ll decide about AppleTV+ — the streaming service — after we try it. Storytelling will play as big a part as cost, no doubt. But, the storytelling is how it always starts. A great deal on crap television is not what we’re looking for.

I’ve been fortunate over a number of segments in my life to witness – even take a small part in – conversations like this. Not in front of an audience. Not as part of a public dialogue; but, in the context of what historically has been called a “salon”.

A long time ago, in a galaxy far away. Well, New England, actually. Where the talent pool for discussions like this is more accessible than most of the country. 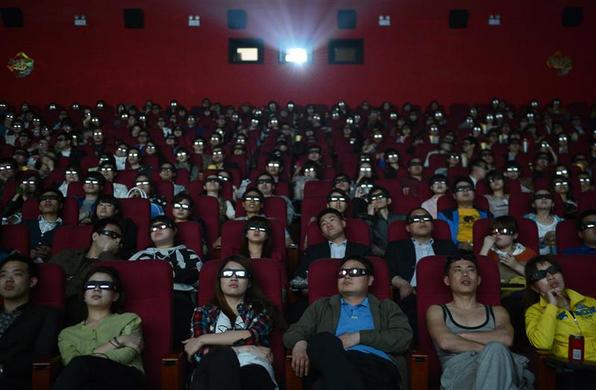 People wearing 3D glasses back in the day

Comcast has begun imposing a fee on Internet middleman Level 3 Communications, one of the companies that Netflix has hired to deliver movies and TV shows to Web customers.

Level 3 plans to complain to U.S. regulators who may enact so-called net-neutrality rules next month. The Federal Communications Commission is seeking to bar phone and cable providers from interfering with legal traffic on their networks. The rules are backed by President Barack Obama and companies led by Google, EBay and IAC/InterActiveCorp. Phone and cable companies say rules aren’t needed and may hurt investment.

“This action by Comcast threatens the open Internet and is a clear abuse of the dominant control that Comcast exerts in broadband access,” Thomas Stortz, Level 3’s chief legal officer, said in the statement. “With this action, Comcast is preventing competing content from ever being delivered to Comcast’s subscribers at all, unless Comcast’s unilaterally determined toll is paid.”

Comcast, which is seeking regulatory approval to acquire majority ownership of NBC Universal, defended the fee in a statement, saying it is based on “long established and mutually acceptable commercial arrangements” with Level 3’s peers…

“This means they cannot block or degrade lawful traffic over their networks,” Genachowski said.

And, btw, putting a surcharge, a toll on your traffic is the same as blocking traffic. If you don’t pay the toll, your traffic doesn’t go through – or Comcast will slow it down enough to make it unwatchable.

Throughout most of the United States, Comcast has been working their semi-competent buns off installing throttling mechanisms. They told everyone – including the Feds – this was to protect consumers from the exorbitant demands of nerds and illegal downloads. Shock and amazement! It’s just of an accident of nature that it can be used as a weapon to extract tolls from companies using the Web for business purposes.