Rachel Maddow reviews the case of a contractor awarded tens of millions of dollars in contracts with the Trump administration to procure N95 masks without anyone checking into whether he could fulfill that charge (he couldn’t) or even if his claims of having been a U.S. Marine were true (they weren’t).

Trump calls this “due diligence”. Maybe if you’re playing golf with him? 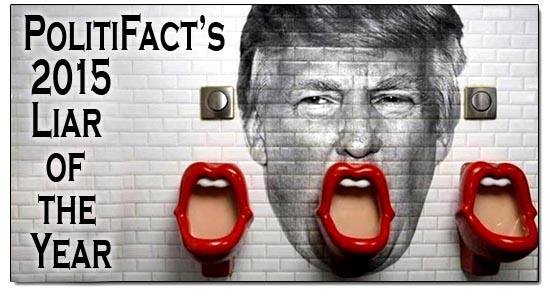 ❝ Washington Post reporter David Fahrenthold is investigating how much Republican presidential candidate Donald Trump has given to charity in recent years. Here’s what he found…

In May, under pressure from the news media, Donald Trump made good on a pledge he made four months earlier: He gave $1 million to a nonprofit group helping veterans’ families.

Before that, however, when was the last time that Trump had given any of his own money to a charity?

❝ If Trump stands by his promises, such donations should be occurring all the time. In the 15 years prior to the veterans donation, Trump promised to donate earnings from a wide variety of his moneymaking enterprises: “The Apprentice.” Trump Vodka. Trump University. A book. Another book. If he had honored all those pledges, Trump’s gifts to charity would have topped $8.5 million.

But in the 15 years prior to the veterans’ gift, public records show that Trump donated about $2.8 million through a foundation set up to give his money away — less than a third of the pledged amount — and nothing since 2009. Records show Trump has given nothing to his foundation since 2008…

❝ In recent weeks, The Post tried to answer the question by digging up records going back to the late 1980s and canvassing a wide swath of nonprofits with some connection to Trump.

That research showed that Trump has a long-standing habit of promising to give to charity. But Trump’s follow-through on those promises was middling — even at the beginning, in his early days as a national celebrity.

In the 1980s, Trump pledged to give away royalties from his first book to fight AIDS and multiple sclerosis. But he gave less to those causes than he did to his older daughter’s ballet school.

❝ In recent years, Trump’s ­follow-through on his promises has been seemingly nonexistent.

The Post contacted 188 charities searching for evidence of personal gifts from Trump in the period between 2008 and this May. The Post sought out charities that had some link to Trump, either because he had given them his foundation’s money, appeared at their charity galas or praised them publicly.

There are a number of credible claims that Trump is a pathological liar. It’s compulsive and he makes no attempt to control his obsession with making himself sound larger than his miserly life really is.

Maybe it’s true after all.

The fools content with voting for him don’t care. About Trump’s lies – or the truth.

Durham prosecutors and the State Bureau of Investigation violated the U.S. and state constitutions and state law by withholding key evidence from Derrick Allen in the 1998 sexual assault and death of his girlfriend’s 2-year-old daughter, a judge has ruled.

Hudson, the senior resident judge in Durham, had already ruled on the case orally after a two-day hearing in December in which he tossed out murder, sexual assault and child abuse charges against Allen, a Durham man who spent 12 years in jail…

Allen always maintained his innocence – to police, to the child’s family and in a jailhouse interview with The News & Observer – and had wanted a trial. But in 1999, he agreed to an Alford plea, meaning he didn’t admit guilt but acknowledged there was evidence for a jury to convict him. He was sentenced to at least 43 years, but avoided a possible death penalty…

Former Assistant District Attorney Freda Black, now in private practice, had said at the time that the “most significant” evidence against Allen on the sexual assault charge was a pair of Adesha Artis’ blood-soaked panties.

But records show that the SBI’s confirmatory test for blood on the undergarments was negative – twice. That was not documented in the case’s official SBI laboratory report…

“The judge finds that the DAs and the SBI agents framed this guy,” Coleman said. “He doesn’t use that language, but that’s an accurate characterization of his findings.”

The kind of coercive crap that happens all too often. Standard trick used by prosecutors to try to guarantee a guilty plea bargain.

It happens over and over again. You pile up the worst possible array of charges – and then play the good cop stunt of offering to “bargain away” the worst of the charges for less time in the slammer. Versus, say, the death penalty.

It stinks on ice.

More than 230,000 elderly people in Japan who are listed as being aged 100 or over are unaccounted for, officials said following a nationwide inquiry.

An audit of family registries was launched last month after the remains of the man thought to be Tokyo’s oldest were found at his family home. Relatives are accused of fraudulently receiving his pension for decades.

Officials have found that hundreds of the missing would be at least 150 years old if still alive.

The Justice Ministry said some of those unaccounted for may have died as long ago as World War II, possibly during the post-war turmoil. Others may have emigrated without reporting their status to local authorities, or relatives simply did not report the deaths.

The inquiry followed the discovery of the mummified remains of Sogen Kato, who was thought to be the oldest man in Tokyo.

However, when officials went to congratulate him on his 111th birthday, they found his 30-year-old remains, raising concerns that the welfare system is being exploited by dishonest relatives.

Reports said he had received about $109,000 in pension payments since his wife’s death six years ago, and some of the money had been withdrawn.

Who knows? Maybe the whole concept of Japan leading the world in elderly citizens is the result of a welfare scam.

The glitch that sent markets tumbling Thursday was years in the making, driven by the rise of computers that transformed stock trading more in the last 20 years than in the previous 200.

The old system of floor traders matching buyers and sellers has been replaced by machines that process trades automatically, speeding the flow of buy and sell orders but also sometimes facilitating the kind of unexplained volatility that roiled markets Thursday.

“We have a market that responds in milliseconds, but the humans monitoring respond in minutes, and unfortunately billions of dollars of damage can occur in the meantime,” said James Angel…

In recent years, what is known as high-frequency trading — rapid automated buying and selling — has taken off and now accounts for 50 to 75 percent of daily trading volume. At the same time, new electronic exchanges have taken over much of the volume that used to be handled by the New York Stock Exchange.

In fact, more than 60 percent of trading in stocks listed on the New York Stock Exchange takes place on separate computerized exchanges.

Many questions were left unanswered even hours after the end of the trading day. Who or what was the culprit? Why did markets spin out of control so rapidly? What needs to be done to prevent this from happening again..?

One official said they identified “a huge, anomalous, unexplained surge in selling, it looks like in Chicago,” about 2:45 p.m. The source remained unknown, but that jolt apparently set off trading based on computer algorithms, which in turn rippled across indexes and spiraled out of control.

Many firms have computers that are programmed to automatically place buy or sell orders based on a variety of things that happen in the markets. Some of the simplest triggers are set off when a stock drops or rises a certain percent in the trading day, or when an index moves a specific amount.

“There was no pricing mechanism,” Dermott Clancy said. “There was nothing. No one knew what anything was worth. You didn’t know where to buy a stock or sell a stock.”

And most of the trades made during that enormous network fart – have been invalidated – whether they were opportunist, programmed or made by individual choice.

NO, NO, NO!
Daylife/AP Photo used by permission

When Senate Minority Leader Mitch McConnell decided last week to portray the Democratic version of financial regulation as a Wall Street “bailout,” it seemed like a brilliant, albeit cynical, political move.

What do the voters hate even more than Wall Street? Bailouts. What’s the perfect way to combine their antagonism for big banks with their distaste for taxpayer-funded bailouts? Accuse the Democrats of bailing out the banks. Perfect.

A good political move in theory, only it didn’t work. First, the outcry was over a “bailout” that wasn’t. Granted, there is some money in the bill — $50 billion — but it’s provided by the banks, not the taxpayers. And it’s not there to bail out banks, it’s to help the sick ones die properly without creating a panic. “Paying for the funeral” is the way Treasury sources describe it…

And get this: When the GOP leadership hatched this idea, it found more than a handful of Republicans — and not just the usual moderate suspects — who actually want to vote for financial reform. In fact, the difference between Wall Street reform and, say, health care reform, is that “there truly is a group of us who will hold our side’s feet to the fire” to get a bill, one Senate Republican told me.

So when McConnell got all his Republicans to sign a measure to force more negotiations before bringing the bill to the floor, some were with him with a strong caveat: They would not threaten to filibuster a bill they think the country needs. Period.

The traditional Big Lie tactic worked well enough in watering down chances at real healthcare reform. Republicans had the aid of spineless Democrats on that one.

But financial reform is different. Voters want it done. In most cases, the supply of government exceeds the demand for it. In fact, a slew of recent polls show that only about 20 percent of the people trust the government to do the right thing. But even so, a majority of folks actually want the government to intervene to fix Wall Street’s excesses.

In other words, the banks are so out of control that even the inept government needs to step in and do something.

Republicans just may be smart enough to trade one class of opportunism – the Party of NO, after all, appeals to their teabagger trolls – for another more traditional role. Work to water down any possible sanctions that might rank the needs of American taxpayers above Wall Street profits.