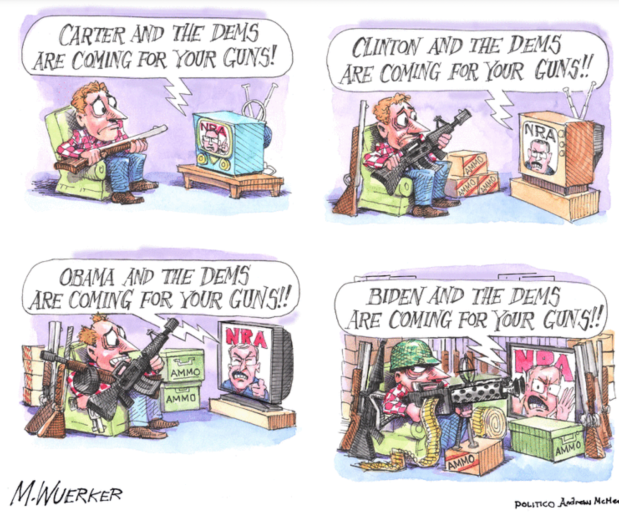 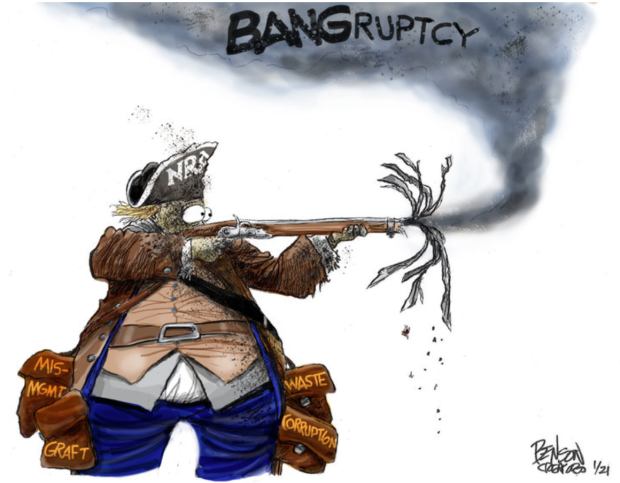 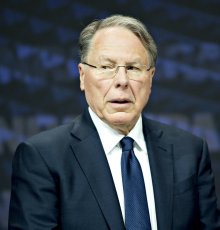 The attorney general of New York took action Thursday to dissolve the National Rifle Association following an 18-month investigation that found evidence the powerful gun rights group is “fraught with fraud and abuse.”

Attorney General Letitia James claims…she found financial misconduct in the millions of dollars and that it contributed to a loss of more than $64 million over a three-year period.

The NRA said in a statement that the legal action was political, calling it blah, blah, blah.

They used all the predictable rightwing and conservative boilerplate. As will their attorneys. More good money thrown after bad; hard-earned buck$ mostly earned by members. Though no doubt there is a surplus of corporate gifties in the kitty.

I’ve had many friends who have been members of the NRA over the years. Me, too, more than once. They used to have the best education program on gun handling and safety in the country. Dunno if that still exists in useful form, anymore.

But, corruption begets little or no benefit to members or any target demographic. As mis-leadership moved further and further to the Right, the treasury moved more often into the pockets and lifestyle of the rich and famous executives of the organization. I presume one of the options before the court as this action nears an end will be throwing the crooks out; reforming activities to something more closely resembling a historic model. Who knows?

The execs made the NRA a political organization. Now, the process of sorting out the good from the bad will be as political as anything else can be in the GOUSA.

…Although the National Rifle Association currently leads the charge for the rights of citizens to carry guns of all types with little to no interference from the government, the original gun rights advocates to take that stance were the Black Panthers.

Throughout the late 1960s, the militant black nationalist group used their understanding of the finer details of California’s gun laws to underscore their political statements about the subjugation of African-Americans. In 1967, 30 members of the Black Panthers protested on the steps of the California statehouse armed with .357 Magnums, 12-gauge shotguns and .45-caliber pistols and announced, “The time has come for black people to arm themselves.”

The display so frightened politicians—including California governor Ronald Reagan—that it helped to pass the Mulford Act, a state bill prohibiting the open carry of loaded firearms, along with an addendum prohibiting loaded firearms in the state Capitol. The 1967 bill took California down the path to having some of the strictest gun laws in America and helped jumpstart a surge of national gun control restrictions.

I was the first in my family – of my generation – NOT to work in the gun industry. Growing up in Connecticut, the historic arsenal of America, it was just one of several industries you considered working in as a factory hand.

Nowadays, I’d give serious consideration to any legislation fairly designed to keep weapons from status as a political instrument. Yes, that’s a challenge in a society that treasures political power as generally more important than human life.

“I don’t want to see their little smug faces about about how much they care about law enforcement when I’m burying a sergeant because they don’t want to piss off the NRA,” Acevedo said outside the Houston medical examiner’s office, where the body of shooting victim Police Sgt. Christopher Brewster lay…

” Acevedo is particularly angry that the Senate hasn’t renewed the federal Violence Against Women Act. A provision of the bill passed in the House would close the so-called boyfriend loophole. Federal law currently prohibits felons and domestic abusers living with their victims from buying guns, but abusive dating partners living elsewhere can still purchase firearms.

Brewster was killed, allegedly by the armed, abusive boyfriend of a Houston woman, as he responded to a domestic violence call.