❝ Is water a commodity?

❝ It’s a question that more and more investors are asking these days. The media has been full of stories about rising water scarcity: water lawsuits in the American Southwest; growing demand for water for ethanol plants; drought conditions in key grain-producing countries like Australia. Water’s role in the global economy is becoming both more real, and more visible.

It’s not entirely a new idea. An article in Fortune Magazine back in May of 2000 stated, “Water promises to be to the 21st century what oil was to the 20th century: the precious commodity that determines the wealth of nations.”

❝ Really? Is water a commodity?

❝ Spending on outdoor recreation outpaced Big Oil’s contribution to the U.S. economy according to federal statistics released Thursday, prompting critics to renew their attacks on Trump administration policies of ramping up oil and gas leases on or near public lands.

❝ The data – representing the first time the bureau has compiled detailed economic information on outdoor recreation – give ammunition to critics of the Trump administration’s industry-friendly approach to public lands.

Real economic growth doesn’t matter a jot to our Fake President. What is accomplished on behalf of the brokers who own the Republican Party decides the policies of someone who is consistently bought-and-sold to the highest bidder this side of the Moscow Exchange.

❝ Scientists have predicted the dead zone, or area with little to no oxygen in the northern Gulf of Mexico, will become larger than the state of Connecticut by the end of July. The dead zone will cover about 6,620 square miles of the bottom of the continental shelf off Louisiana and Texas. While there are more than 500 dead zones around the world, the northern Gulf of Mexico dead zone is the second largest human-caused coastal hypoxic area in the world.

Although this forecast has been the average size for the past 31 years, it is more than three times larger than the goal outlined by the Hypoxia Action Plan, which is about 1,930 square miles. Efforts to reduce the nitrate loading have not yet demonstrated success at the watershed scale…

❝ Nutrients from the Mississippi River watershed, particularly nitrogen and phosphorus, fertilize the Gulf of Mexico’s surface waters to create excessive amounts of algae. When the algae decomposes in the deepest parts of the ocean, it leads to oxygen distress and can even kill organisms in the Gulf of Mexico’s richest waters. These low oxygen conditions threaten living resources including fish, shrimp and crabs, which humans depend upon for food and industry…

Why worry about dead sea life when you still can drill for oil, eh?

❝ The wind and the sun may be free, but Trump’s energy regulators want you to pay the same price – or more – for clean energy than what we pay for electricity from our country’s aging, dirty coal-fired power plants.

The Republican-dominated Federal Energy Regulatory Commission gave states and utilities just 60 days to weigh in on how to do this in nation’s largest wholesale electricity market serving 65 million customers in 13 states and the District of Columbia.

The proposed changes could cost consumers billions of dollars more. One estimate for a narrower proposal said it could cost utility users $14 billion to $24.6 billion roughly over the next 10 years. That’s between $216 to $379 for each of the 65 million people served.

Bad enough Trump pimps for carbon-heavy energy producers. Now, he wants us to pay more than needed for renewables – even as the cost of construction and production come down and will continue to do so over time.

I wonder where he’s stashing his payoffs. A worthwhile topic for another special prosecutor after his butt is pushed out of office. 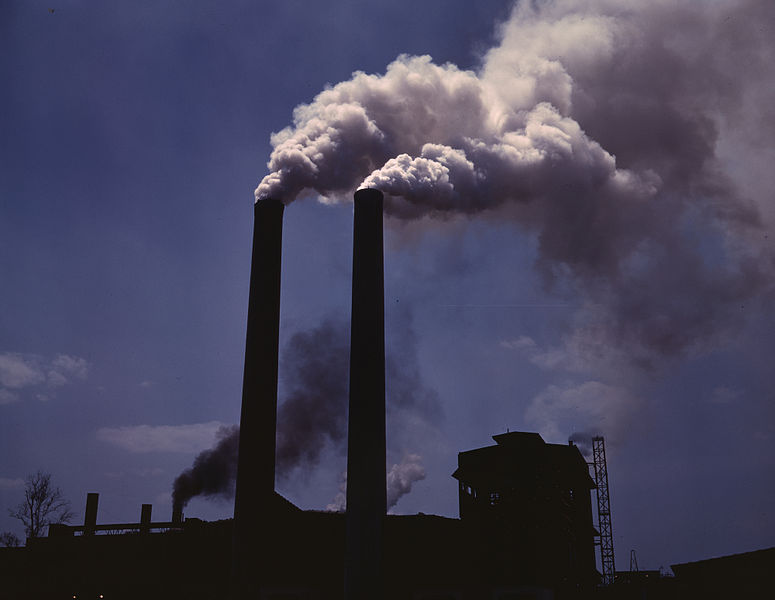 ❝ Millions of Americans may be struggling to pay routine household bills, but still US taxpayers are handing out a whopping $20 billion in fossil fuel subsidies a year.

This is the major finding of a new report Dirty Energy Dominance: Dependent on Denial published by Oil Change International today.

Subsidies are where the government gives financial incentives to artificially lower the cost of production or consumption of fossil fuels to encourage more drilling or oil, gas, or coal use.

❝ …The irony gets worse. There is something morally wrong with a billionaire-led Administration handing out money to rich executives, when this money could help America’s poorest and most at need.

The cost of the subsidies to American taxpayers is equivalent to the projected 2018 budget cuts from Trump’s proposals to slash 10 public programs and services, including supports for America’s most vulnerable children and families…

❝ The US spent on average $2.5 billion annually subsidizing the exploration of new fossil fuel resources in 2015 and 2016, even though the science clearly shows that fossil fuel expansion must stop immediately in order to meet internationally recognized climate goals.

Government giveaways in the form of permanent tax breaks to the fossil fuel industry – one of which is over a century old – are seven times larger than those to the renewable energy sector.

So, the Clown Show in Congress continues to cut subsidies to homeowners trying to save on energy costs with solar and other green alternatives – while perpetuating the taxpayer handout to oil and coal companies. Mail me a penny postcard when the crew in DC grows enough backbone to stand on their own and oppose the profit-hungry crooks they really work for.

❝ According to the U.S. Geological Survey (USGS), the number of earthquakes east of the Rocky Mountains has increased dramatically since 2009. More earthquakes in these areas have coincided with the increase in oil and natural gas production from shale formations. Seismic events caused by human activity — also known as induced seismicity — are most often caused by the underground injection of wastewater produced during the oil and natural gas extraction process…

In addition to the increased use of wastewater injection related to oil and natural gas production in the region, the geologic conditions in central Oklahoma are conducive to triggering seismic activity. The rock underlying the formations where disposal water is being injected in the region has existing faults that are susceptible to the changing stresses caused by fluid injection. Without these geologic conditions, induced seismicity would be much less common. For example, induced seismicity in the Bakken region of North Dakota and Montana is relatively rare.

❝ The USGS in 2017 issued an updated seismic hazard forecast for the central and eastern United States. This forecast attempts to estimate the chance of damage caused by earthquakes in the region of interest. The 2017 forecasted seismic rates are still significantly elevated compared with pre-2009 levels but lower than their peak in 2015.

The USGS report indicates that the recent decline may be related to decreased wastewater injection, because production in the region has decreased since the 2014 drop in oil prices. Actions by authorities in various states to regulate wastewater injection practices and restrict injection into the most sensitive areas may also be helping to reduce both the number and intensity of small earthquakes.

Give ’em a chance, folks. My experience with fossil fuel producers in Gulf States and the Permian Basin tell me nothing trumps profits. Not damage to the environment. Not light-to-medium damage to homes and businesses. It will take heavy-duty death and destruction to press these greedy bastards to find healthier ways to fill their pockets.

On the same day, state officials confirmed that two pockets of methane gas were discovered in the Oak Meadows community, in Firestone. Todd Hartman, spokesperson for the Colorado Department of Natural Resources (DNR) noted that the elevated readings on the left side of the image below were likely related to the existence of a tank battery and so not necessarily abnormal. The second pocket of gas was located underneath Oak Meadows Boulevard. According to the DNR, a preliminary investigation indicates that a flowline heading towards that road may have been cut when a sewer was installed there.

❝ Earlier this month, Governor John Hickenlooper ordered a statewide review of all oil and gas operations following the Firestone home explosion. The explosion was traced to an uncapped flowline from a newly activated gas well, both owned by Anadarko. The line was buried seven feet underground but was accidentally severed near the home’s basement. It leaked odorless gas that exploded, killing homeowner Mark Martinez and his brother-in-law Joey Irwin, both 42.

❝ Oil and gas producers in the state faced a deadline of May 30 to complete inspections and a deadline of June 30 to fix any problems found. In the meantime, about a hundred homeowners in the Oak Meadows neighborhood have filed suit against the owner of the well, Anadarko Petroleum, the past owner of the well, Noble Energy, as well as the home builders and developers.

❝ For years anti-oil and gas activists have been clamoring for greater distances between homes and oil and gas activity. In 2013, Colorado increased setbacks for new wells to 500 feet. But there are no statewide regulations regarding what is known as “reverse setbacks,” the distance that new homes must be built from older wells.

Anyone think people are more important than profits? Get in the way of serious money-making natural resources and you will learn about eminent domain faster than a bolt of lightning. Or a natural gas explosion.