Don’t let the chronic liars cash in on their dishonesty. Press secretaries like Joe Lockhart, Ari Fleischer and Jay Carney, who left the White House with their reputations in various stages of intact, made millions taking their skills — and credibility — to corporate America. Trump’s liars don’t merit that same golden parachute. Let it be known to the business world: Hire any of Trump’s fellow fabulists above, and Forbes will assume that everything your company or firm talks about is a lie. We’re going to scrutinize, double-check, investigate with the same skepticism we’d approach a Trump tweet. Want to ensure the world’s biggest business media brand approaches you as a potential funnel of disinformation? Then hire away.

” The Arctic is undergoing a profound, rapid and unmitigated shift into a new climate state, one that is greener, features far less ice, and is a net source of greenhouse gas emissions from melting permafrost, according to a major new federal assessment of the region released Tuesday.

The consequences of these climate shifts will be felt far outside the Arctic in the form of altered weather patterns, increased greenhouse gas emissions, and rising sea levels from the melting Greenland ice sheet and mountain glaciers.

” The findings are contained in the 2019 Arctic Report Card…Especially noteworthy is the report’s conclusion that the Arctic may have already turned into a net emitter of planet-warming carbon emissions due to thawing permafrost, which would only accelerate global warming. Permafrost is the carbon-rich frozen soil that covers 24% of Northern Hemisphere land area, encompassing vast stretches of territory across Alaska, Canada, Siberia and Greenland…

” “These observations signify that the feedback to accelerating climate change may already be underway,” the report concludes.

“Each of the studies has some parts of the story. Together they really paint the picture of – we’ve turned this corner for Arctic carbon,” said Ted Schuur. “Together they complement each other nicely and really in my mind are a smoking gun for this change already taking place.”

RTFA. Read it and weep for the damage we have done…continue to do under the “leadership” of the League of Corporate Pimps in Washington, DC. Otherwise known as Congress, the White House and the Federal Government. 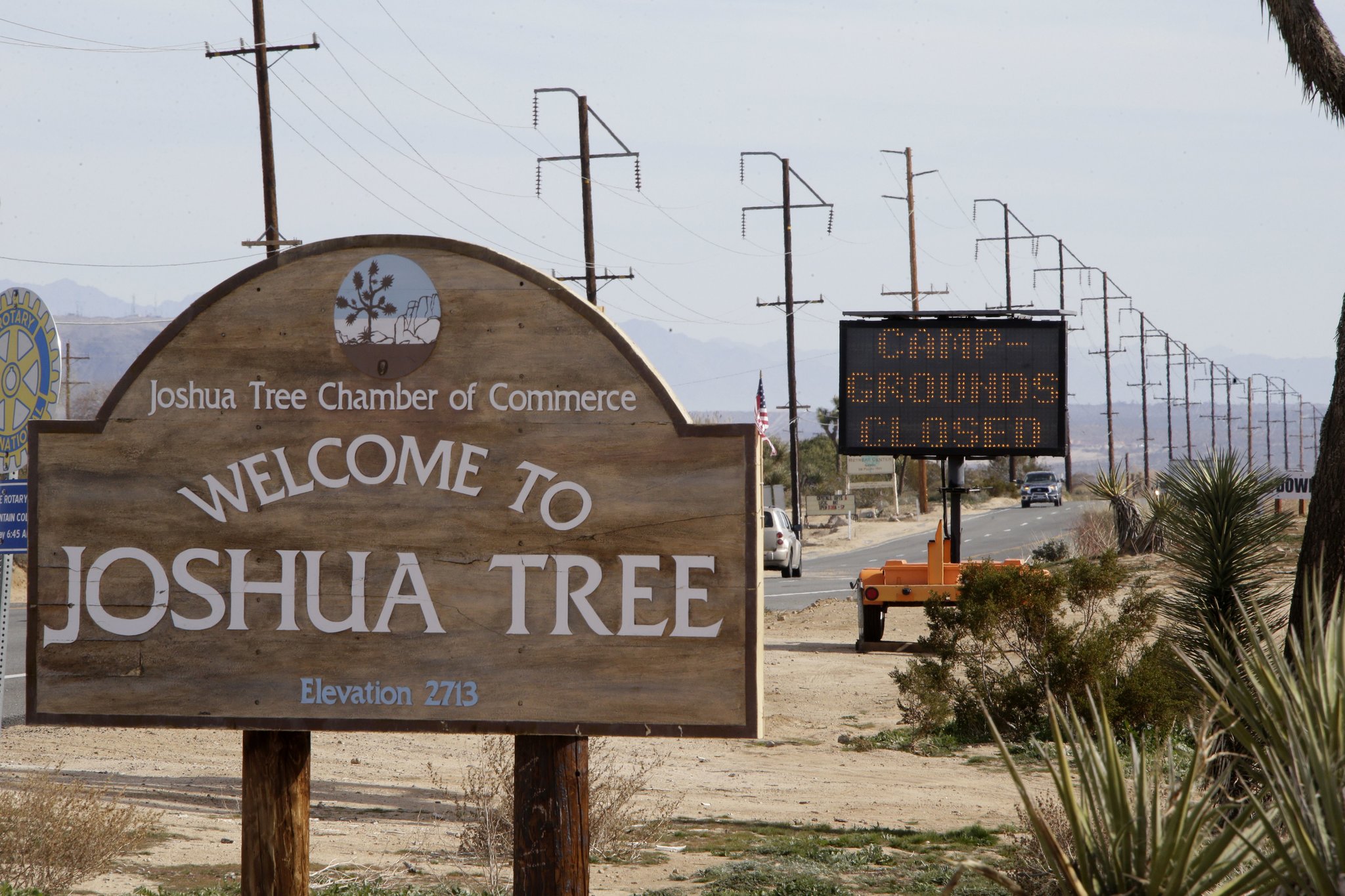 ❝ Sending workers home, not collecting fees and not paying bills on time all come with a cost, which escalates every day President Trump and Congress fail to reach a deal to reopen federal agencies.

❝ A federal government shutdown might seem like a great way to save money: When agencies aren’t open, they aren’t spending tax dollars. But history shows us that closing the government actually costs more than keeping it open.

Shuttered parks can’t collect entrance fees. Furloughed workers will ultimately get paid for not showing up to work. And the government will wind up having to pay interest on missed payments to some contractors.

And it goes on from there. RTFA. Please ignore the lies, distractions and other con games flowing from the Oval Office like urine from a drunken baboon.

Click to enlarge — Village of Eitting near Munich, Germany

Big power stations in Europe could be redundant within 10-20 years as electric cars, cheaper batteries and new solar technologies transform the way electricity is generated, stored and distributed, say analysts at the world’s largest private bank.

In a briefing paper sent to clients and investors this week, the Zurich-based UBS bank argues that large-scale, centralised power stations will soon become extinct because they are too big and inflexible, and are “not relevant” for future electricity generation. Instead, the authors expect it to be cheaper and more efficient for households and businesses to generate their own energy to power their cars and to store any surplus energy in their own buildings even without subsidies.

In language more closely associated with green NGOs, the bank with assets of more than $1.5tn says it expects a paradigm shift away from large-scale conventional power plants. “Power is no longer something that is exclusively produced by huge, centralised units owned by large utilities. By 2025, everybody will be able to produce and store power. And it will be green and cost competitive, ie, not more expensive or even cheaper than buying power from utilities,” say the authors, who urge their financial clients to “join the revolution.”

“Solar is at the edge of being a competitive power generation technology. The biggest drawback has been its intermittency. This is where batteries and electric vehicles (EVs) come into play. Battery costs have declined rapidly, and we expect a further decline of more than 50% by 2020. By then, a mass [produced] electric vehicle will have almost the same price as a combustion engine car. But it will save up to $2600 a year on fuel cost, hence, it will begin to pay off almost immediately without any meaningful upfront ‘investment’. This is why we expect a rapidly growing penetration with EVs, in particular in countries with high fossil fuel prices.”

The expected 50% reduction in the cost of batteries by 2020 will not just spur electric car sales, but could also lead to exponential growth in demand for stationary batteries to store excess power in buildings, says UBS. “Battery storage should become financially attractive for family homes when combined with a solar system and an electric vehicle. As a consequence, we expect transformational changes in the utility and auto sectors,” it says. “By 2020 investing in a home solar system with a 20-year life span, plus some small-scale home battery technology and an electric car, will pay for itself in six to eight years for the average consumer in Germany, Italy, Spain, and much of the rest of Europe…”

By 2025, falling battery and solar costs will make electric vehicles cheaper than conventional cars in most European markets. “As a conservative 2025 scenario, we think about 10% of new car registrations in Europe will be EVs. Households and businesses who invest in a combined electric car, solar array and battery storage should be able to pay the investment back within six to eight years,” UBS says. “In other words, based on a 20-year technical life of a solar system, a German buyer should receive 12 years of electricity for free.”

But the bank does not expect power companies or the grid to disappear: UBS says they have a future if they develop smart grids which manage electricity demand more efficiently and provide decentralised back-up power generation.

But, hey, your SUV is running OK. Cousin Ernie’s Chevy pickup truck does everything it should do. If our public utilities need to be modernized – well, that’s what we have state legislatures and regulatory commissions to take care of. Right?

Leading Americans in the direction of renewable, cheaper, cleaner sources of electricity is probably as unnecessary as eventually converting the Affordable Care Act to a single payer system. This all may save money and improve our quality of life; but, isn’t it all a little too foreign for Americans to adopt?

Icelanders rejected a depositor claims accord with the U.K. and Netherlands, forcing an international court battle that the island’s government said will probably last a year.

A final count showed 59.7 percent of voters said no to the so-called Icesave agreement, while 40.1 percent said yes, with voter turnout estimated at 75 percent…

… Prime Minister Johanna Sigurdardottir said in an interview with broadcaster RUV, immediately after the first results were published. “We will, of course, defend Iceland’s interests vigorously in this matter.”

The government had hoped an Icesave deal would restore investor and diplomatic relations and end the financial isolation that has stalled Iceland’s resurrection from its 2008 banking collapse. The failure of Landsbanki Islands hf, which offered the high-yielding Icesave accounts over the internet, threatened to leave 350,000 British and Dutch depositors in the lurch. They were repaid by their governments, which are now turning to the Icelandic state for compensation…

President Olafur R. Grimsson said the referendum “enabled the nation to regain its democratic self-confidence and to express sovereign authority in its own affairs,” in a speech yesterday. Three days after his veto, he said he rejected the accord because Iceland’s legal obligation to pay is “unclear,” adding the matter shows that European banking laws haven’t been “thoroughly thought out.”

The result of the Icesave referendum shows most voters agree…

The latest estimates of Landsbanki’s assets “indicate that the estate will be able to pay over 90 percent of claims for deposits,” the government said in a statement. Some estimates even put the coverage ratio at 100 percent, it said.

“Hence, the Netherlands and the U.K. will receive a refund of the funds spent to compensate depositors, regardless of the judicial process which will now be launched,” Iceland Finance Ministry spokeswoman Rosa Bjork Brynjolfsdottir said.

Bravo to the people of Iceland for sticking to their guns. Bailouts, nationalization,TARP programs all had different goals and dramatically different contexts from each other. The people of Iceland see a difference that the bankers and politicians of the Netherlands and the UK don’t see – or don’t care about.

Iceland is a nation I love not only for the natural wonders of the nation; but, their history of fighting for peoples’ rights. They have the longest-sitting democratic parliament in the world – and could offer about a hundred lessons to the Killer Klowns in Kongress.