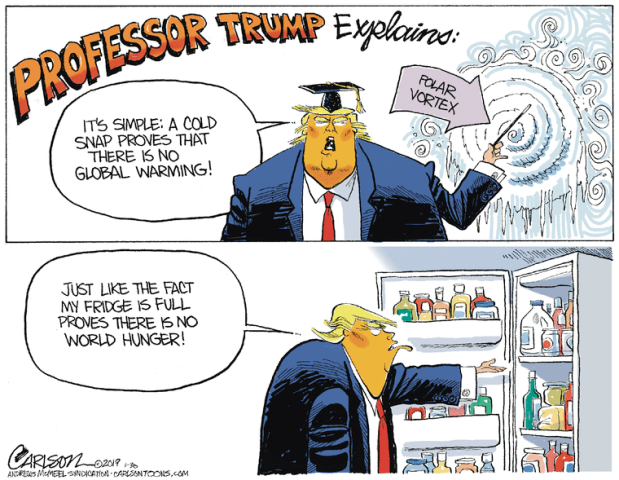 Ever since Finland, a nation of about 5.5 million that does not start formal education until age 7 and scorns homework and testing until well into the teenage years, scored at the top of a well-respected international test in 2001 in math, science and reading, it has been an object of fascination among American educators and policy makers.

Finlandophilia only picked up when the nation placed close to the top again in 2009, while the United States ranked 15th in reading, 19th in math and 27th in science…

Critics say that Finland is an irrelevant laboratory for the United States. It has a tiny economy, a low poverty rate, a homogenous population — 5 percent are foreign-born — and socialist underpinnings (speeding tickets are calculated according to income).

Its school system has roughly the same number of teachers as New York City’s but far fewer students, 600,000 compared with New York’s 1.1 million. Finnish students speak Finnish and Swedish and usually English…the average resident checks out 17 books a year from the library…

END_OF_DOCUMENT_TOKEN_TO_BE_REPLACED

Yes it is, according to Bruno Giussani, European director for TED, the nonprofit organization that on Tuesday is beginning TEDGlobal 2010, its third conference in Oxford.

“Someone has written, in presenting the conference, that good news is a species that is becoming extinct. If you look at any newspaper … we are bombarded by bad news,” he said as attendees chatted at a welcome party at Keble College on Monday. “But if you dig, if you look under the surface and search, you will find a lot of new technology, new science, new art, new ways of thinking, politically, socially, philosophically that may give you, when you string them all together, a more optimistic view of the future…”

Giussani said part of the goal of the conference is to “inspire [people] to open up to new ideas and points of view, to act on those ideas and to engage.” He also described the conference as a “platform for new ideas. Some of those have legs, and some don’t. But those that have legs seem to have long legs and run very fast…”

TED began as a California-based conference in the 1980s named after its three initial subjects: technology, entertainment and design. It has expanded its subject matter and its geographical scope, holding conferences around the world and making videos of its speakers, so far more than 700, freely available at http://www.ted.com/. Volunteers translate talks into more than 70 languages. [CNN partners with TED to present a TEDTalk every week, with added content, on CNN.com]

Among the themes to be explored this year at the Oxford conference are how the brain works, how people make decisions and the brainlike functions of neurons in control centers in plants that enable them to process information and communicate with other plants.

Giussani said speakers will also spotlight the role of women in societies torn by conflict and disease, the potential of sustainable practices and organic farming to change agriculture and the restaurant business and the ways corporations and nongovernmental organizations can collaborate to protect workers in global supply chains.

So there really is some good news, he believes.

Newspapers filled with bad news reflects more than anything else the demented editorial belief that disaster and tragedy sells more product than happiness. It’s big in local TV and radio news. Significant in national TV and radio news. The whole genre of Talk Radio is founded upon the fear and impotence defining ethically-deficient right wingers and religious nutballs.

The style exists, it wavers, and, I think, continues to diminish before the inherently democratic feel of Web communications. Being able to participate on a large scale in opposition to the juggernaut corruption of Congress, the cowardice of our current White House – is barely measured by timorous pollsters.

But it grows. And that is good news. Conservatism has nothing like it to offer, after all.

School governors have sacked a philosophy teacher from his job after discovering his secret life – as a blood smeared death metal rock singer.

By day shaven-headed Thomas Gurrath, 29, discussed ethics with his 14-year-old pupils at his high school in Stuttgart.

“It was very worrying to listen to his music and then realise he was teaching our children,” said one parent…

They ordered him to choose between teaching and his music – saying he could no longer teach anywhere in Baden-Wuerttemberg state unless he gave up the band.

But Gurrath said he was too addicted to death metal music to quit and agreed to give up his career as a teacher instead.

I admit to mixed feelings on this one. If you maintain reasonable standards, define the curriculum to encourage growth and development of understanding in a changing world – there shouldn’t be a problem with a teacher’s avocations and beliefs.

Fact is – I haven’t known very many good teachers here in the States or in Europe. Though, Europeans would have the edge over the dimwit religion faction that controls a significant portion of American education.

What would you do if, when you visit the ATM to withdraw $100, it dispenses $200 because it has been incorrectly stacked with $20 notes and not $10 notes. Would you keep the cash or return it to the bank? If you return the money would it be because: (a) It is wrong not to return someone else’s property; (b) It wouldn’t be fair to the bank’s shareholders; or (c) I might get found out and prosecuted for theft.

Each of the answers a, b or c is correct, with each representing one of the three main moral philosophies that guide our sense of what is right, according to Roger Steare..the author of ethicability.

Answer a represents our principled conscience – we do what’s right because it is the courageous, fair or kind thing to do. We often use this conscience in our close relationships. The problem is that principles often conflict and doing the right thing can be difficult, Professor Steare says.

Answer b represents our social conscience – we decide what is right by considering the consequences of our actions on others. We use this most often at work and in communities. The problems associated with this might include marginalisation of minorities, that pleasure can be preferred over what’s good and that the ends can be used to justify the means.

Finally, answer c represents rule compliance – we don’t need to think because the rules tell us what is right and wrong. This is the most common moral philosophy used in business and remote transactions. The problem with rules is that they can cause us to stop thinking for ourselves and too many can promote rule breaking or stifle creativity.
END_OF_DOCUMENT_TOKEN_TO_BE_REPLACED