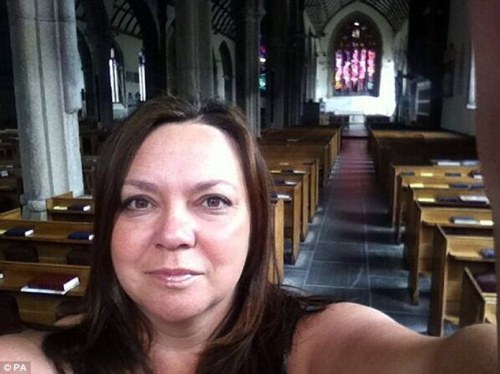 A British woman who accidentally became locked in a church was rescued thanks to posts she made on Twitter.

Sarah Greep, the jam maker behind Janner Jams, said she was inside the Minster Church of St. Andrew chapel in Plymouth, England, when someone shut the door and she discovered herself trapped inside…

“I just went into the small chapel at St. Andrew’s Church where I sometimes go, and didn’t think for one minute they were going to close the door,” Greep said. “It was nice and calm and the sun was shining through the stained glass windows.”

Greep said her plan was to wait and see if someone was going to unlock the church for services.

“I didn’t want to bother anyone but thought I would just send a few Tweets as it was a bit unusual,” she said. “The next thing I know [Council Leader] Tudor Evans is calling the police to help get me out!”

Police were able to locate the emergency key-holder of the church and Greep was released after two hours trapped inside the facility.

“It’s lucky it didn’t happen to someone more vulnerable and I’m glad I had my phone with me,” she said. “I could have called someone but I just went to Twitter to say what was happening to me.”

One of those instances where it helped to have built lots of followers.

I could be locked into a pub [I wouldn’t be found dead in a church] and no one would even notice my absence – regardless of how often I tweeted. Maybe that wouldn’t be too bad either.

A man has died after being shot with a police Taser while dowsed in flammable liquid…Andrew Pimlott, 32, turned into a human fireball after he was zapped by officers called to his home to investigate a domestic incident.

Andrew suffered serious burns and was rushed to hospital after the incident in Honicknowle, Plymouth, last Thursday.

Police initially said his injuries were not life-threatening…But the Independent Police Complaints Commission revealed today that Andrew died from his injuries in Frenchay Hospital, Bristol, on Tuesday…

IPCC Commissioner Sarah Green said…“Our investigation will be looking at what information was known to the officers attending the scene, the officer’s rationale for discharging a Taser on a person known to be dowsed in flammable liquid, whether the discharge of the Taser caused the fuel to ignite, and we will look at training and policies.”

How do you get to be ignorant of the explosion or fire danger coincident to firing a Taser at a flammable liquid? 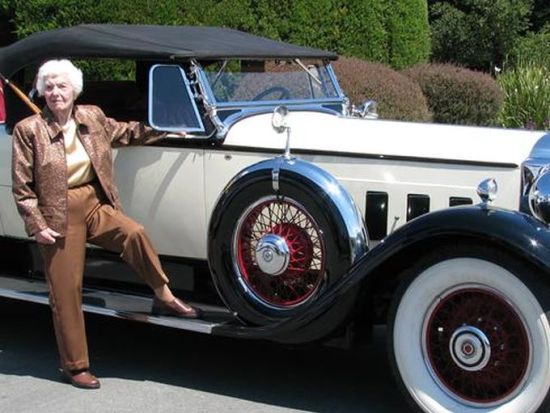 When Margaret Dunning was 10 years old, she lost control while driving the family’s Overland touring car and careered into a barn, fracturing several boards.

“I hit it, and it didn’t move,” Ms. Dunning, who turned 101 last month, said…“That car had a mind of its own,” she said. “And I’m not a very tall person, so I had trouble getting onto the brakes with enough power to hold that engine down. It just got away from me…”

After that, Ms. Dunning, an only child, drove everything on the farm that was drivable, she said, including a Maxwell truck and eventually, tractors.

When she was 12 her father died, and his Model T Ford became hers.

Once her politically connected mother, who had arthritic feet and could not drive cars, finagled a driver’s license for the 12-year-old Margaret, she drove her mother everywhere…

Her love affair with vehicles never waned. She drove a truck as a Red Cross volunteer and has owned a parade of classic and antique cars. At her home, she also keeps a 1931 Ford Model A, a 1966 Cadillac DeVille that she often drives to car meets, a 1975 Cadillac Eldorado convertible and her everyday car, a 2003 DeVille. A battered Model T steering wheel is her garage doorstop.

But her real love is a cream-color 1930 Packard 740 roadster, which she has owned since 1949. She plans to show the Packard at the Concours d’Élégance of America in Plymouth on July 31…

Since it was restored, the Packard has mostly been a show car, although Ms. Dunning used to drive it more often than the three or four times a year that she takes it out now. “It’s always been a car that I’ve kept separate from other cars,” she said, adding that she has owned other Packards.

“They’re just made out of such fine material,” she said. “I love the engineering that went into it. There’s just a lot of very, very fine workmanship.”

Packard, an upscale brand produced from 1899 to 1958, ushered in several innovative designs, including the modern steering wheel. Ms. Dunning’s roadster was built in Detroit in an Albert Kahn-designed factory complex, now abandoned, that covered 3.5 million square feet and once employed 40,000 workers. In addition to the luxury vehicles, the factory turned out engines for World War II fighter planes.

“With the older cars you have to use what I call arm-strong steering. But cars like the Packard make it all worthwhile. I love that car a great deal. I mean, I honestly do love it.”

A wonderful car, A wonderful brand. They were still advancing new engineering and design ideas into the 1950’s – but, didn’t make it through to a period when classic cars returned to being part of American style.