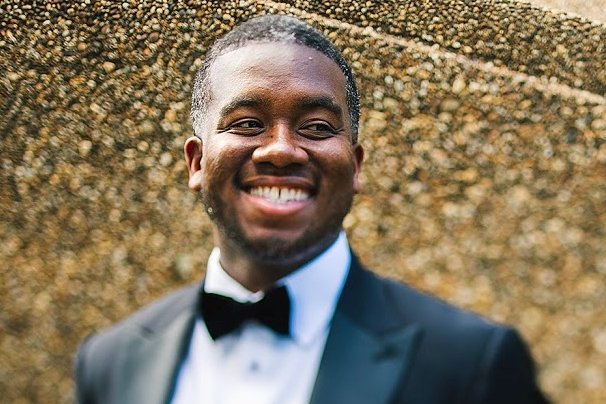 Hey, all you fantastic Pacific Northwesterners! What are you doing this labor day weekend? Because the Portland Film Festival is celebrating its fourth year running with movie premieres, Q&As, guest speakers and… zombies? Yup, you read that correctly: September 7th is Zombie Day in Portland.

George C. Romero, son of the Night of the Living Dead director, is enlisting local zombie fans to be extras in his short film Zombie Day Apocalypse. Why? He’s vying for the Guinness World Record “Most Extras in a Short Film.” And it’s up to you to help him, in full zombie garb! What better time to round up zombie movie lovers than at an independent film festival?

Per the Zombie Day website, you can sign up to play the role of Fleeing Citizen or DIY Zombie. For a small price, you can bump either of those titles up to Featured Extra. You can also donate to become a Featured Crew Member, Supporter, Associate Producer and Producer.

The owners of a Portland-area bakery that denied service to a same-sex couple must pay $135,000 in damages, the bureau of labor and industries has ruled.

The damages are for emotional suffering caused by Sweet Cakes by Melissa, which two years ago refused to bake a wedding cake for Laurel and Rachel Bowman-Cryer.

A 2007 Oregon law protects the rights of LGBT people in employment, housing and public accommodations. It provides an exemption for religious organisations, but the agency ruled that exemption does not allow private businesses to discriminate against potential customers.

“This case is not about a wedding cake or a marriage. It is about a business’s refusal to serve someone because of their sexual orientation. Under Oregon law, that is illegal,” Oregon labor commissioner Brad Avakian said in the final order.

In April, an administrative law judge proposed the same damages.

The bakers said their refusal to bake for the couple was prompted by religious beliefs, blah, blah, blah…

“This case struck a chord with many Oregonians because allowing businesses to deny goods and services to people because of who they are and whom they love is hurtful and wrong,” she said in a statement.

Part of this nation’s fight for freedom was to get out from under a state religion. Sadly, there are beaucoup fundamentalist Christians who think they hold the only keys to the door of this democratic republic – and that they can deny full citizenship on the basis of their ideology.

If we had a bit more courage on the Democrat side of Congress, a bit more honesty on the Republican side, we’d have sorted out all this crap decades ago. Not that that would prevent jive theocrats from trying to turn this country from the path of secular civil law – serving all the people.

“A line this long that never ends and everybody is happy,” marveled Jim Leighton, a 30-year Oregon resident. “Isn’t that great?” He and some 1,300 others stood in a queue that snaked around the block in the sweltering Portland heat Friday afternoon, waiting for entry to an event where they could get up to seven grams of marijuana for nothing more than a smile and a handshake.

Oregon is the fourth state in the United States, in addition to the District of Columbia, to legalize marijuana for recreational use for adults 21 years and older. But even after parts of the law went into effect Wednesday that legalized possession and growing of small amounts, marijuana still cannot be sold to the general public.

So growers and medical dispensaries at Weed the People found their way around the law by giving away their weed for free, some hoping to use it as a marketing tool later…

On midnight Wednesday as the law went into effect, hundreds gathered on Burnside bridge in downtown Portland in celebration. The bridge was billowing with smoke as the clock struck midnight. But while the original plan was to hand out free samples of marijuana, the overwhelming turnout halted the giveaway.

Two days later, the free handouts proceeded as planned at Weed the People, thought to be the first formal event with free cannabis giveaways – after attendees paid a $40 admission fee to attend.

The alcohol-free event lasted for seven hours, as attendees mulled around to test out smoking devices; relaxed on comfy chairs and listened to records in a “chill out area”; and waited in a line that wound through the inside of a warehouse to enter the “Grow Garden”, the highly secured and roped off area where they could pick up their free goodies. One growing entity, Green Bodhi Gardens, said it brought more than 2,000 grams divided into one-gram jars in anticipation of the crowds…

The easiest thing to share still is Good News. As more and more folks are exposed to the reality of attitude-alteration with substances like cannabis versus craptastic amounts of alcohol, mellow stoners versus combative drunks, progress towards an understanding of reality outside the boundaries of conventional politics continues to grow – and grow.

Our culture, our government, our politicians may be characterized by ignorance, stupidity, superstition and bigotry. The fact remains that exposure to reality changes folks’ minds. It’s always too gradual for many; but, it’s inevitable. Even faster if you get on board the freedom train. 🙂

Lovely video. Talented, inventive editing. Sent to us by a long-term reader and Web partner.

LucidPipe installation — a turbine visible inside the pipe

There’s a lot of water constantly moving through the municipal pipelines of most major cities. While the water itself is already destined for various uses, why not harness its flow to produce hydroelectric power? Well, that’s exactly what Lucid Energy’s LucidPipe Power System does, and Portland, Oregon has just become the latest city to adopt it.

LucidPipe simply replaces a stretch of existing gravity-fed conventional pipeline, that’s used for transporting potable water. As the water flows through, it spins four 42-inch (107-cm) turbines, each one of which is hooked up to a generator on the outside of the pipe. The presence of the turbines reportedly doesn’t slow the water’s flow rate significantly, so there’s virtually no impact on pipeline efficiency.

Once up and running, it’s expected to generate an average of 1,100 megawatt hours of energy per year, which is enough to power approximately 150 homes. Over the next 20 years, it should also generate about US$2 million in energy sales to Portland General Electric, which Harbourton plans on sharing with the City of Portland and the Portland Water Bureau in order to offset operational costs. At the end of that period, the Portland Water Bureau will have the right to purchase the system outright, along with all the energy it produces.

Of course, rebuilding infrastructure – especially with an eye on future requirements and additions – ain’t exactly part of being an American politician, nowadays.

Brittany Maynard, a 29-year-old with terminal brain cancer, tells her story and explains why she plans to ingest a prescription that will end her life on Nov. 1 in this video from advocacy group Compassion & Choices…

Brittany Maynard carries a prescription in her wallet. It was written by a doctor in Oregon, one of five states with legal protections for terminally ill patients who want to end their suffering. And in three weeks, she plans to use it to die.

Maynard has chosen to die Nov. 1 in her bedroom in Portland, Ore., surrounded by family — her mother and stepfather, her husband and her best friend, who is a physician. She said she wanted to wait until after her husband’s birthday, which is Oct. 26. But she is getting sicker, experiencing more pain and seizures…

“I’ve had the medication for weeks,” she wrote in an op-ed for CNN. “I am not suicidal. If I were, I would have consumed that medication long ago. I do not want to die. But I am dying. And I want to die on my own terms.”

Watch the video, please. Read the interview with Brittany. Reflect on her right to choose her death with dignity.

I understand religious folk who reject this choice. They accept a concept of morality which doesn’t allow for individual choice. On lots of issues. The real hypocrites who would stop Brittany Maynard from this difficult farewell are the so-called libertarians who blather all year-round about liberty and personal freedom – and then reject her right to make this choice.

Step back and consider how many little pieces of freedom we willingly give up for the common good – from voting for elected officials to traffic lights at urban intersections. All understandable even though ranging from irksome to frustration – depending on how much individual corruption worms its way into the equation.

OTOH, there are beaucoup examples of personal decisions that trump interference. Not screwing with someone else’s safety and health? Then it is your right. The rest can keep their morality to themselves.

The terminally ill woman who revived a national debate about physician-assisted suicide ended her life Saturday by swallowing lethal drugs made available under Oregon’s Death With Dignity Law. She would have been 30 on Nov. 19.