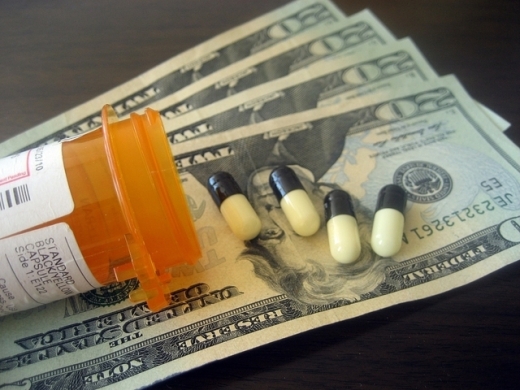 Leading drug makers rang in the new year by once again raising list prices of their drugs—this time on more than 250 of them, according to an analysis reported by Reuters…

The larger price tags applied to a range of medications, from blood thinners to cancer therapies and treatments for respiratory conditions, HIV, arthritis, and multiple sclerosis.

Nearly all of the increases were below 10 percent, according to the 3 Axis analysis. So far, the median price increase is around 5 percent, though additional price increases could still be announced.

Don’t worry. They’re not doing themselves any harm. As of November, the 2019 inflation rate was 2.1 percent.

The same crap politicians who would build a wall to keep people of color out have always relied on building an ideological wall around your brain. 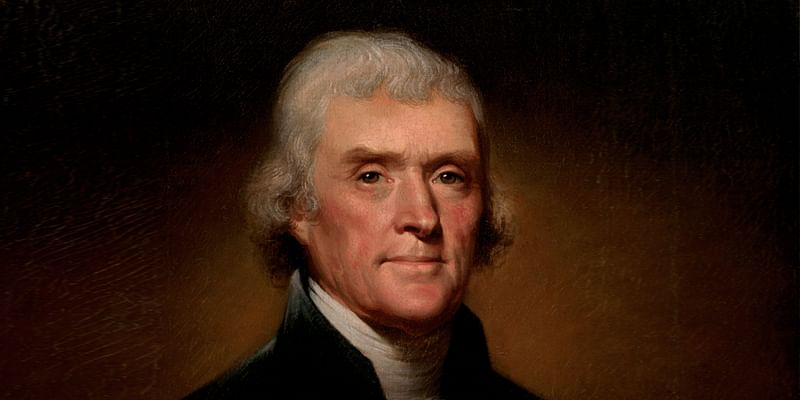 A few more quotes worthy of positive comparison to the smell emitted by the fake president’s mouth daily. 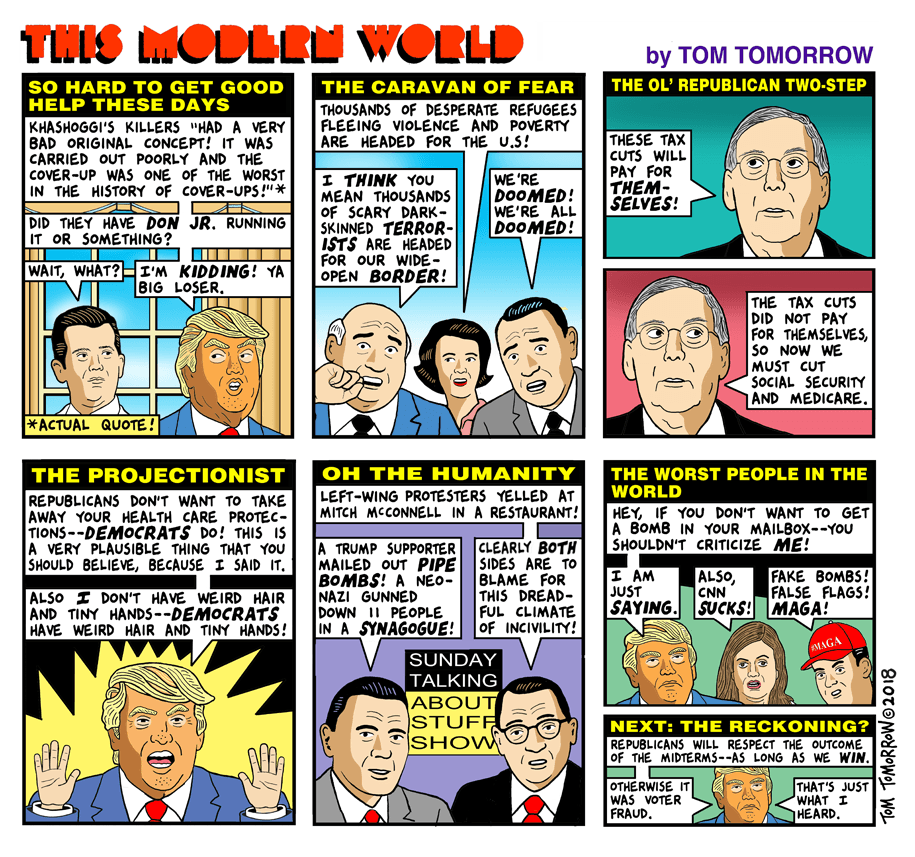 ❝ The president of America’s largest police management organization on Monday issued a formal apology to the nation’s minority population “for the actions of the past and the role that our profession has played in society’s historical mistreatment of communities of color.”

❝ Terrence M. Cunningham, the chief of police in Wellesley, Mass., delivered his remarks at the convention in San Diego of the International Association of Chiefs of Police, whose membership includes 23,000 police officials in the United States. The statement was issued on behalf of the IACP, and comes as police executives continue to grapple with tense relationships between officers and minority groups in the wake of high-profile civilian deaths in New York, South Carolina, Minnesota and elsewhere, the sometimes violent citizen protests which have ensued as well as the ambush killings of officers in Dallas and Baton Rouge.

…Cunningham’s comments are an acknowledgement of police departments’ past role in exacerbating tensions and a way to move forward and improve community relations nationwide. Two top civil rights groups on Monday commended Cunningham for taking an important first step in acknowledging the problem.

❝ “…If we are brave enough to collectively deliver this message, we will build a better and safer future for our communities and our law enforcement officers. Too many lives have been lost already, and this must end. It is my hope that many other law enforcement executives will deliver this same message to their local communities, particularly those segments of their communities that lack trust and feel disenfranchised.”

The IACP members present for Cunningham’s speech gave him a standing ovation, IACP spokeswoman Sarah Guy said. Cunningham made the remarks on behalf of the membership…

❝In the “I’m shocked … shocked” category, a group of climate scientists graded the presidential candidates on their knowledge of accurate climate change science, and the Democrats came out on top, with the Republicans at best doing badly, and at worst humiliating themselves.

❝The study was done using anonymized statements made in tweets, interviews, and debates, which were shown to eight scientists. Hillary Clinton came out on top, followed by Bernie Sanders with quite high marks. None of the GOP hopefuls even got a passing grade…The highest being Jeb Bush with a meager 64/100.

The only surprise I got was that Donald Trump (15/100) did better than Ted Cruz (a spectacular fail of 6—yes, six—out of 100 points). About Cruz’s (still at the time anonymous) statements, climatologist Michael Mann wrote: “This individual understands less about science – and climate change – than the average kindergartner…”

❝Not to put any of the other Republicans at the front of the class. Bush’s tepid grade is hardly a ringing endorsement, and of course Trump’s bloviating borders on cartoon-level nonsense.

❝Incidentally, William Ruckelshaus — a Republican himself, as well as the first Environmental Protection Agency chief (appointed by Nixon and reappointed by Reagan!) — has in no uncertain terms condemned the GOP cohort for denying science for political gain. This much is obvious; it’s just gratifying to see another Republican say so.

Our courageous journalists and editors spend a great deal of time whining about whether or not they should confront Trump’s lies. Fact is – all the Republican candidates lie through their teeth about science in general, women’s health and climate in particular. In the latter case, we can stick with our suspicions about payoffs from scumbags like the Koch Bros. In the former, I’m not so certain. I think it’s just rank ignorance.

You have to wonder how some of today’s conservatives manage to father children they’re so out of touch with female biology. 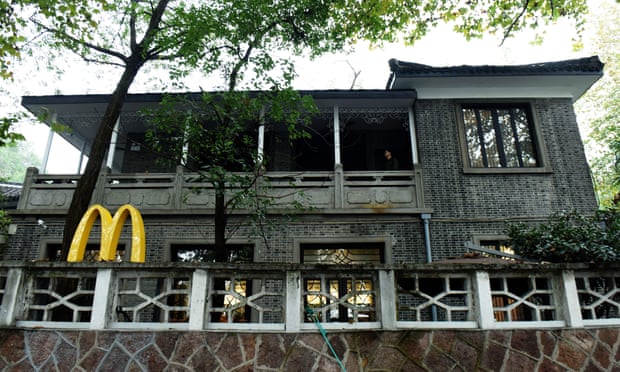 McDonald’s has turned a house in Taiwan where the son of the former Chinese leader Chiang Kai-shek once lived into a restaurant, dividing opinion on the island and in China.

The McCafe opened on Friday in the former residence of Chiang Ching-kuo, near West Lake in Hangzhou, Zhejiang province. A side wing of the two-storey wood and brick lakeside villa had already been turned into a Starbucks in October.

Chiang Ching-kuo lived in the western-style villa with his family for a short time in 1948. He fled the mainland in 1949 after the Chinese Nationalist party’s army was defeated by the communists, retreating to Taiwan where he was president from 1978 to 1988…

For many “important” political figures in recent decades I think this transformation is spot on. We could rent out Richard Nixon’s home to be the World Headquarters of the White Citizen’s Council. The Texas ranch that George W. Bush bought specifically to befuddle ignorant voters into thinking of him as a good ol’ boy instead of the incompetent and petty front man for religious crusades around the world – could become a theme park for Madison Avenue Republicans, e.g., Kinder, Gentler Conservative-land. Complete with plastic promises.

Creeps like the Koch Bros. should be required to live downwind

In a closed meeting on Tuesday evening, the World Bank put before its executive directors a proposal to stop funding the development of new coal plants globally. Despite provisions that would grant exceptions to allow funding for a few rare coal plants, this proposal is a big step forward for an agency that has supported some of the world’s largest and dirtiest coal plants for years. It is also a key opportunity for World Bank President Dr Jim Yong Kim to lead the World Bank into a clean energy future.

Kim is already poised to be a leader in the fight to address climate disruption. Shortly after joining the World Bank as president one year ago this month, he commissioned a report that detailed the catastrophic effects the world would see if global temperatures rose by just four degrees Celsius. Since then, Kim has repeatedly called on countries around the world to take action now in order to avert such a crisis in the future.

Unfortunately, the World Bank’s actions haven’t lived up to Kim’s rhetoric. In the past five years alone, the bank has financed more than $5bn in carbon-intensive coal plants. Currently, it is considering financing a new coal power plant in Kosovo that would burn lignite coal – the dirtiest and most toxic form of coal available. This plant would be built in a country where, according to the World Bank’s own statistics, coal already kills 835 people every year.

…The tide at the World Bank may be turning. In his “climate action” speech last month, President Obama called for an end to public financing of dirty coal plants abroad. On the heels of that announcement, the World Bank released a draft energy strategy that would ban funding for new coal generation, with some rare exceptions. Although we would prefer to see the door closed on coal for good by eliminating even those loopholes, the bank’s new energy plan still marks real progress under Kim’s leadership.

Ending the financing of coal plants globally would also free up scarce public funds for investment in decentralized clean energy projects. According to the International Energy Agency (IEA), the only way the 1.3 billion people who still do not have access to electricity will be able to get it is through this type of off-grid, decentralized clean energy. Indeed, the IEA argues that to achieve universal electrification, the 70% of rural areas currently without power must be serviced with off-grid renewable energy…

Jim Yong Kim showed he was up to the test, but we’ll be watching closely to make sure this policy is backed up by real action.

Even if you get to wear thousand-dollar-suits and arrive at meetings in a Mercedes S-class chariot, confronting the fossil fuel flunkies ain’t ever anything more than a polite version of mud wrestling. And they control both the dirt and the gold. 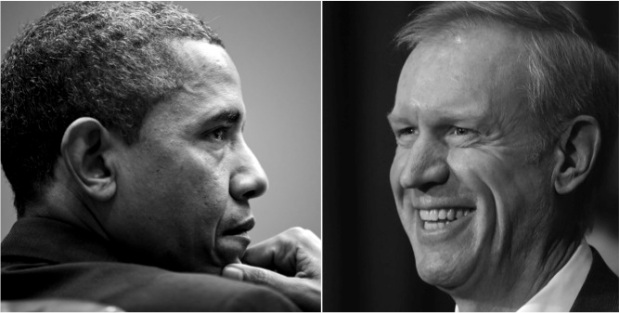 Let’s hear it for Illinois!

Incoming Illinois Governor Bruce Rauner campaigned as a reformer of the state’s often corrupt politics – but, watchdog groups say activities surrounding his inauguration Monday are among the priciest of any incoming governor and take advantage of a loophole in campaign finance that allows wealthy special interests to gain access to those who hold political power…

Rauner, a Republican, is allowing corporate donors to kick in as much as $100,000 for inauguration events, and letting individuals spend up to $25,000.

It’s only about $10 million among friends. Who cares what that money could have meant to schoolkids or the unemployed? Certainly, not the governor or his buddies.

He is hardly alone. Governor Tom Wolf of Pennsylvania, a Democrat, will accept up to $50,000 per donor. Corporate sponsorship packages for inaugural events by Scott Walker of Wisconsin and Asa Hutchinson of Arkansas, both Republicans, cost $30,000 and $25,000 respectively…

The price tag for gubernatorial inaugurations is dwarfed by presidential celebrations. President Barack Obama did not allow corporate donors for his first inauguration, though just 211 individuals covered 80 percent of the $35.3 million price tag. For his second inauguration, Obama accepted unlimited corporate donations.

Inauguration events are essentially private parties that are considered non-partisan and are funded by special committees. Under federal and state campaign laws, the inauguration committees are not required to disclose spending or donor names because the inauguration exists outside the election process. All money raised for the events is meant to cover expenses, with surpluses typically given to charity.

In recent years, the events have transformed from honorary banquets to ticketed, star-studded concerts and lavish balls. Donors gain access to events and also can get their names splashed in programs and across other marketing materials.

What “created the perception” means, of course, is these are public displays of who actually holds the power of the state in their hands.

According to the Illinois Observer, Rauner and his wife are also hosting a private “business roundtable and reception” in Chicago this month that costs $25,000 per couple for both events.

I have occasionally posted, edited and participated in blogs and websites where Class Warfare is acknowledged. I admit, some of the sites that use my work not only deny such an analysis; but, the owners vigorously oppose the concept – and the reality.

Welcome to the United States of America at the beginning of the 21st Century.

Sooner or later, I am confident that more and more reality will intrude into the befuddled lives of ordinary Americans. Economic and social practices affecting all of us can’t be denied by beer commercials and glorious patriotic music forever. We are, after all, a species capable of learning from our mistakes.

I just hope it doesn’t take as long as the discovery that the Earth is round.