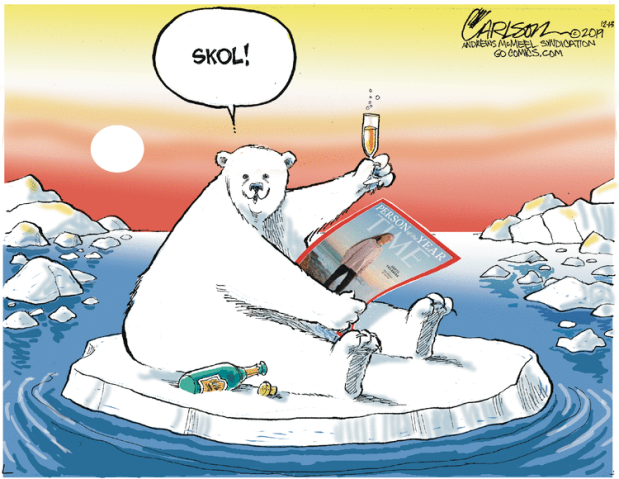 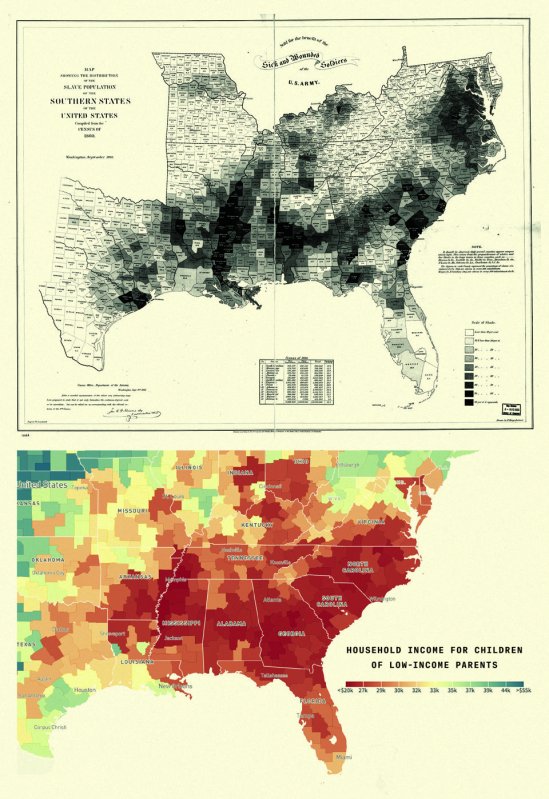 The American Dream maintains its mythic status even as it declines steadily. Political charlatans, self-described as conservative more often than not seem to have offered the best lies. The liberal flavor [in my lifetime] can be moved by the courage of citizens to grow backbone. Sometimes.

❝ Changing the US system from the Electoral College to popular wouldn’t be easy for those who are in favor of it.

A number of states have signed onto something different, the National Popular Vote Interstate Compact, by which states would essentially agree to use the popular vote. It’ll take effect when states totaling 270 electoral votes sign on. But it would certainly face court challenges and most of the states that have signed on tilt toward Democrats. Republicans have won the White House twice since 2000 because of the existence of the Electoral College. So don’t look for a change anytime soon.

Some folks think it’s funny – watching Republicans weasel their way around the issue. It’s sad, in fact contemptible in my opinion. Party loyalty has nothing principled to bear on opposition to small-d democratic principles. That goal goes back centuries before the founding of these United States. Unfortunately, hypocrisy goes back further. 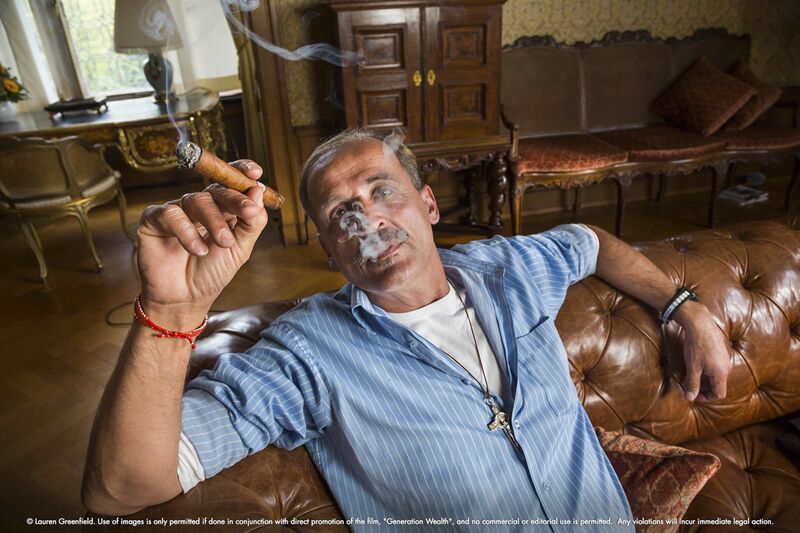 ❝ For 25 years, photographer Lauren Greenfield has chronicled the ascendance of a global elite: here, a picture of French aristocrats sitting beneath ancient tapestries; there, movie executives flashing $100 bills in St. Barts. Once, she took a portrait of a Chinese businessman in front of the replica of the White House he’d built as his home.

She’s also recorded their fall. Her masterful 2012 documentary, The Queen of Versailles, followed timeshare king David Siegel and his wife, Jackie, as they attempted to build the biggest home in America, a plan that collapsed during the 2008 housing crisis.

❝ A monograph of her highlights, titled Generation Wealth, was published last year. On July 20, Amazon Studios will release a full-length documentary bearing the same name and featuring many of the same people.

❝ Whereas the book was more cautious about passing judgment—the Hermès bags, megamansions, and yachts were photographed carefully, as if at a remove—the film is unequivocal in its distaste for conspicuous consumption…“The pyramids were built at the moment of precipitous Egyptian decline, and that’s what always happens: Societies accrue their greatest wealth at the moment that they face death.”

Looking forward to the film. For all the right reasons. Reasons that would be obvious to anyone who’s spent any time at this blog – or the few others where “eideard” appeared on a regular basis. I’m an old geek, now, according to the calendar. I don’t feel that way. I don’t think that way. But, the foundation of the person I am and have always been – is that I’m a working-class guy from the East End of Bridgeport.

You grow up knowing you’re going to work for GE, Remington Arms or the Bridgeport Brass Company – if you’re lucky. Grades and good writing skills, learning skills and acquired knowledge didn’t guarantee access to a post-high school education. That was bound and chained to class and family income. Some of that has changed. Not because of willing participation by any government in Washington, DC or, for that matter, Hartford, Connecticut. What change there has been has flowed from battles won by ordinary families fighting for education and access. 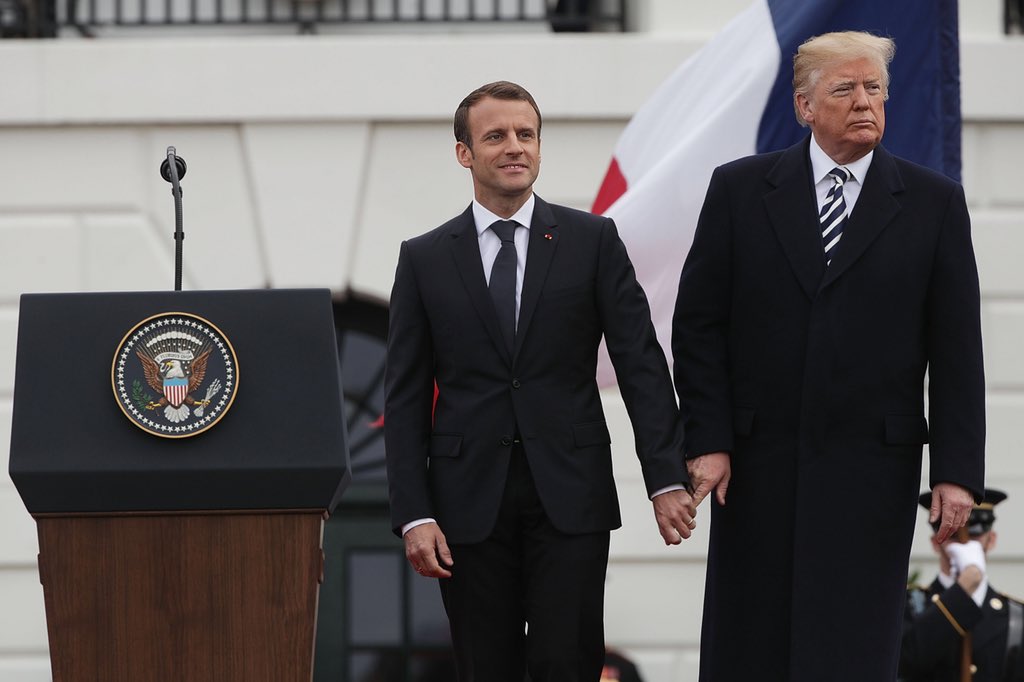 If the five-person commission, which governs utilities in California, follows precedent, it will likely approve the application per the recommendation of administrative law judge Peter Allen…

County officials said they were optimistic after the commission delayed the decision on Thursday.

“Despite our radically diverse interests and viewpoints, a broad community and business coalition all came together and agreed that the proposal would help us protect local public health, safety and economic stability,” County Counsel Rita Neal said in a news release. “This continues to be our top priority. We will wait to move forward and when the commission reaches a decision, we will consider all of our options and next steps.”

PG&E applied in June 2016 to decommission the plant when licenses for its two nuclear reactors expire in 2024 and 2025. 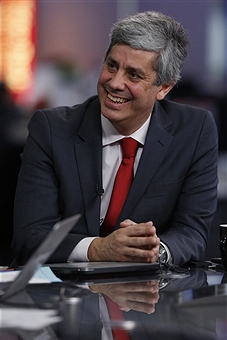 ❝ Germany’s resolute Chancellor Angela Merkel is not usually one to admit she’s been wrong. But this autumn, when it comes to her faith in austerity economics in Europe, Merkel, together with her then-Finance Minister Wolfgang Schaüble, did as much — in deed, if not in word…

Mario Centeno constitutes a shift in course. Until now, he has represented a Southern European country, Portugal, that received a 78 billion euro ($92 billion) bailout from its fellow European Union member states amid the euro crisis. But even more remarkable, Centeno was part of a leftist government with the backing of a communist party, which subsequently bucked the marching orders of its northern creditors and the troika composed of the European Central Bank, European Commission, and International Monetary Fund.

Centeno, like the Portuguese government he served, already symbolizes the possibility that a new, less German, ideological era of economic governance is in the offing in Europe. Lisbon is the first Southern European government to climb out of the swamp of indebtedness and stagnation. Its economy is undergoing its fastest expansion in over a decade, and more growth is expected next year, which will shrink the country’s budget deficit to 1 percent of GDP — the slightest in 40 years. Unemployment this year fell to 9.2 percent, down from 17.5 percent in 2013, and exports are picking up…

Unlike the land of Chumps and a Fake President, a surprising number of EU Nations are willing to experiment with genuine reform. Sometimes conservative, often progressive, almost always advised by well-educated and market-proven economists instead of the obedient pap rolled out by our two-party beer commercials.