Rainfall year-to-date here in northern Santa Fe county has been 1.88 inches. We are enjoying today so very much. pic.twitter.com/LUXWX3Y2Ji 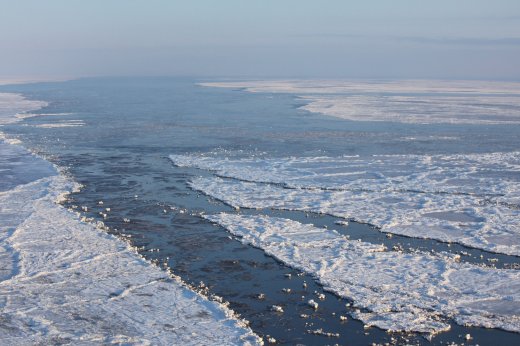 The April snow falling on fruit blossoms in Europe these days may be directly connected to the loss of the sea ice in the Barents Sea in the Arctic. That was certainly the case in 2018 when the sudden cold spell known as “Beast from the East” descended on the mid-latitudes of the continent…

They are diligently stoking thousands of bonfires on the ground close to their crops, but the French winemakers are fighting a losing battle. An above-average warm spell at the end of March has been followed by days of extreme cold, destroying the vines with losses amounting to 90 percent above average. The image of the struggle may well be the most depressingly beautiful illustration of the complexities and unpredictability of global climate warming. It is also an agricultural disaster from Bordeaux to Champagne.

It is the loss of the Arctic sea-ice due to climate warming that has, somewhat paradoxically, been implicated with severe cold and snowy mid-latitude winters…

“What we’re finding is that sea-ice is effectively a lid on the ocean. And with its long-term reduction across the Arctic, we’re seeing increasing amounts of moisture enter the atmosphere during winter, which directly impacts our weather further south, causing extreme heavy snowfalls. It might seem counter-intuitive, but nature is complex and what happens in the Arctic doesn’t stay in the Arctic.” says Dr. Hanna Bailey.

And it gets more complex than that. RTFA, and understand as diverse and divergent from our “common sense” on the ground as many of these events may seem, cause and effect still happens and can be analyzed. Remedies for harmful change is the difficult bit.

New South Wales residents should also be on alert for funnel web spiders, according to Australia’s Reptile Park, which issued a warning that the wet weather conditions and warm temperatures create “perfect conditions” for the deadly spiders to breed and “thrive” in gardens and homes in Sydney, Newcastle and the Central Coast.

Meanwhile, in Western Australia, the weather bureau issued a catastrophic fire warning for the state’s interior state on Thursday, while the risk level in the East Pilbara was extreme…

Meney also encouraged anyone who can safely catch a funnel web spider to donate it to the reptile park, so it can be milked and antivenom produced ahead of a summer of warm and wet weather – conditions which draw male funnel webs out in search of a mate to breed with…

The impact of La Niña on Australia’s wildlife is also being considered by shark experts, as they look to explain predatory behaviour that has seen more Australians killed in unprovoked shark attacks this year than in any year since 1934.

The sunrise is behind me. Facing West over La Cieneguilla valley to a volcanic escarpment. Actually, part of the southern boundary of the Colorado Plateau. The sun rising directly behind me is shining through the storm you see to the right only in patches one of which I just caught shining on that escarpment. The panorama is about 160º.

A lovely mood, lovely sight on my first walk of the day, today.

Have to try this in Santa Fe. Really.

A squirrel peers through icicles in Trenton, N.J..

NASA says satellites can help track zebras migrating in the African nation of Botswana, one of the world’s longest migrations of the striped creatures.

Predicting when and where zebras will move has not been possible until now, researchers said, but with rain and vegetation data from satellites they can track when and where arid lands begin to green, and for the first time anticipate if zebras will make the trek, the space agency reported…

Predicting when the zebras will be on the move provides a powerful tool for conservation efforts, biologists said.

“We’re getting close to the stage where for some organisms, we can use satellite data in management,” Pieter Beck, a research associate with the Woods Hole Research Center in Falmouth, Mass., said.

Earth-orbiting satellites that can capture images of the zebras’ seasonal movements on their epic treks as well as the daily change in environmental conditions are an invaluable tool, researchers said.

“We need to know what the fate of those migrations is under climate change,” Beck said.

“Understanding when animals might come through, what drives them, what they’re looking for sometimes,” is very useful information to managing those landscapes so that migratory animals and humans can coexist, he said.

Bravo! I was just sitting in on one of those unproductive arguments about R versus D in R&D and defending the usefulness of astrophysicists. Thanks for one more good reason.

A tree frog clutches a leaf angled towards the rain for shelter as it sits on a plant in Jember, East Java. It held on to the stem for at least 30 minutes during the rainstorm. 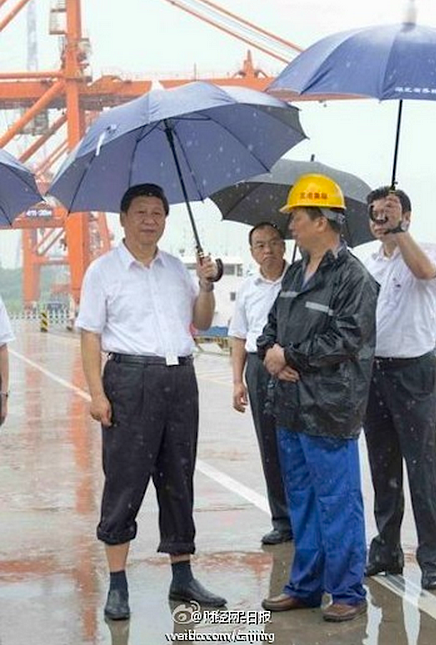 China’s president was making an unannounced trip to visit a construction site. American journalists say this has provoked a furor of discussion in China over national leaders behaving like ordinary folk. I don’t doubt the discussion has happened. But, ascribing some new qualitative level to either the act or the discussion is hogwash.

Nothing new. Part of the “amazement” fits the ongoing Cold War attitude towards China and the Chinese nation. Part fits American xenophobia. Part reflects – unfortunately – how little coverage is ever found in the media of the United States about one of the largest economies in the world. One of our biggest trading partners.

I’m a news junkie. So, I see many news sources every day from around the world, around Asia, around Europe. They’re all accessible here in the States – either on the Web or on TV from DirecTV or channels on my AppleTV [again from the Web]. Most Americans have the same access – and don’t take the time to look and see much of the world around us.

As self-limiting as our pundits and politicians would ever wish us to be.

So, he rolled up his pants cuffs, grabbed an umbrella, and carried on with his walkabout at the job site. His wife probably gave him hell when he got home for looking so untidy.