Saudi Arabia’s state-run shipping company has hired multiple very large crude carriers to carry all the extra oil it plans on exporting next month—a rare move indeed for the shipping company that sports its own fleet of 41 tankers, according to Bloomberg sources.

Bahri, as the Saudi’s shipping company is known, has booked passage for its crude oil on three VLCCs, each with the capacity to haul 2 million barrels of crude. The preliminary bookings are heading to the US Gulf Coast, the sources say—but the bookings could still fail…

Next month, Saudi Arabia has plans to increase shipments of crude to its prized market, Asia, who will be more than happy to take on more oil at the substantial discount that the Saudis are selling their oil for as part of its oil war strategy. However, trips from to the US take 40 days, and Bahir’s own tankers would not return to Saudi Arabia in time to load these extra volumes.

But all that could change in the blink of an eye.

Investors, policymakers, businesses and the general public are increasingly concerned the coronavirus’ rapid spread will lead to a recession. While this outcome is hard for economists like me to predict, we do know one thing: The U.S. is not prepared to fight a deep recession.

Unfortunately, the U.S. currently has dim prospects for success with either option.

Bill Ferguson’s article over at The Conversation is concise and precise. Two qualities our government has lost with the ignoranus-in-chief in charge. RTFA. He gets it right. The White House probably won’t even get round to admitting the question(s) need to be asked until the daily death toll gets up to 3-figures or more.

❝ Trade-policy uncertainty is holding back global economic growth and may weigh on the world economy into 2020, according to a Federal Reserve research note that puts some hard numbers on an argument the US central bank has made for months.

“Had trade tensions not escalated again in May and June 2019, the drag on GDP would have subsequently started to ease,” they add. “However, renewed uncertainty since May of 2019 points to additional knock-on effects that may push down GDP further in the second half of 2019 and in 2020.”

Sep.06 — Peter Hooper, global head of economic research at Deutsche Bank Securities, explains why the U.S. economy may be at a tipping point toward recession. He speaks with Bloomberg’s Tom Keene on “Bloomberg Surveillance.” 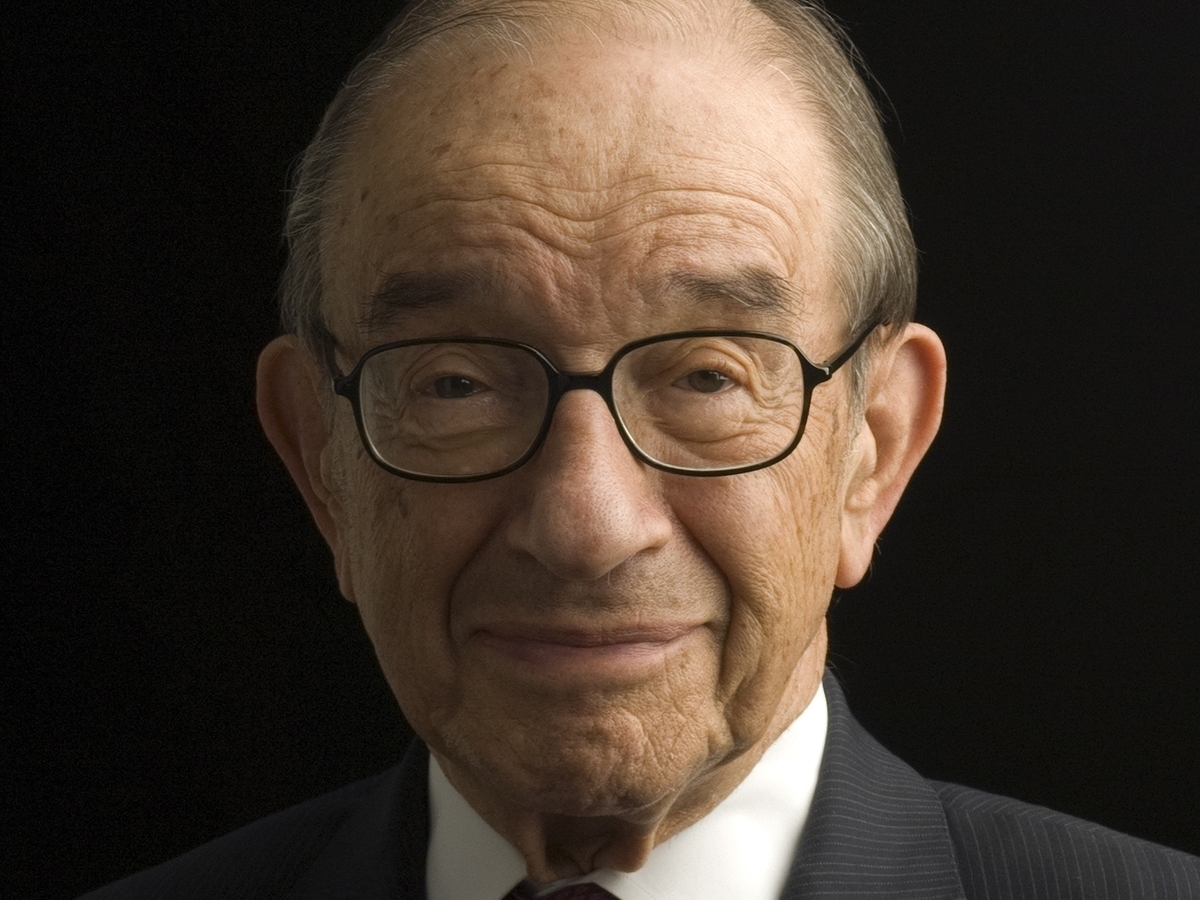 ❝ Alan Greenspan says the party’s over on Wall Street.

❝ The former chairman also warned that the United States may be poised for a period of stagflation, “a toxic mix” when the economy suffers from high inflation and high unemployment. The last time the country experienced such an episode was in the 1970s and early 1980s.

“How long it lasts or how big it gets, it’s too soon to tell,” said Greenspan. “We’ll know it when we get on top of it.”

Hardly any economist of note expects the US to escape from the Trump swamp without a recession. How big and exactly when covers the range of every guess you might conjure up. Surely ain’t getting past Election Day 2020.

BTW, Greenspan will be a guest on Bloomberg’s coverage of the FOMC meeting, tomorrow, the 19th. I doubt Tom Keene will miss the chance to ask tough questions.

❝ Peter K. Navarro has been taking a public victory lap to celebrate his success at persuading President Trump to announce tariffs on steel and aluminum imports…

Navarro, the director of the White House’s Trade and Manufacturing Policy office, has become ubiquitous on television since last Thursday, in appearances that have been at turns triumphal and testy. His outspoken bluntness has quickly turned him into one of the biggest lightning rods in Washington.

❝ After getting sidelined and effectively demoted by Chief of Staff John F. Kelly last fall, many advisers might have looked for other jobs. But Navarro had nowhere else he wanted to go. So he stuck it out. Now he’s back in the room where it happens.

Conservative economists, business executives and Republican elites who support free trade hate him for that, and they now speak of Navarro like he is a boogeyman.

Navarro’s years in academia reflect the slogan oldie – “Those who can’t do, teach?” Certainly invalid much of the time, most economists and financial advisors I listen to say it’s spot on in Navarro’s life and work. 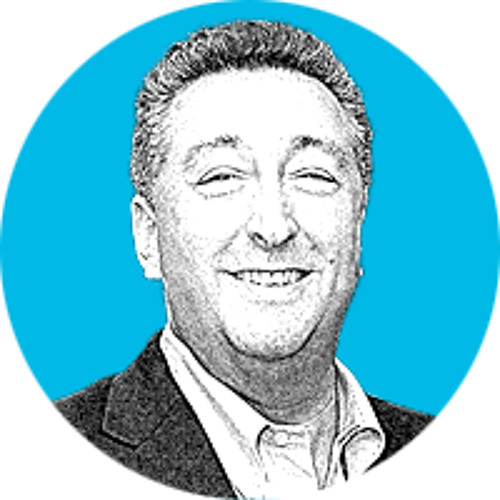 ❝The Federal Reserve’s liftoff day is here, and truth be told, I find almost all of the commentary on the subject to be overwrought speculation and uninformative blather. If that sounds harsh, it is. But at least it’s consistent with my other writings on this and related subjects.

You see, much of what you believe to be important isn’t important at all. Most of the media focuses on items that seem critical day-to-day, but actually amount to little more than interesting, amusing, gossipy filler…

❝The most regular reminder that there is too much focus on all the wrong things is the monthly employment situation report…this is very noisy data subject to revisions and the longer trend matters much more than any single report. I think of the Fed in a similar way.

Today is different in that for the past seven years, every single data point — and that is all each Fed meeting is, a single data point about changes in interest rates — in this series has been a big fat “nothing done.” This makes today feel more momentous than it is…

❝This isn’t me being a curmudgeon, but rather being consistent with our other admonitions that most people spend a lot of time and mental energy worrying about the wrong things…They fear terrorism when they are more likely to die of high cholesterol; they are concerned about market crashes when costs, excessive trading and taxes do more harm to their returns.

And now, they’re worried about a minimal rate increase, when history shows that it shouldn’t be feared. Raising rates from zero with inflation modest, unemployment cut in half and the financial crisis seven years in the past is a positive, not a negative…

❝The passing of time provides much needed context to the daily breathless excitement of, well, everything. After months have passed, in the clear light of day, what seemed important, even earthshaking at the time, actually didn’t amount to much of anything…

One day, there will be another recession and the bull stock market will end. The Fed’s decision to raise rates a quarter point in 2015 won’t be the cause of either.

Barry Ritholtz is forever my favorite Recovering Republican. He is blessed [or cursed] with preferring reality, accurate history, mathematically precise analysis whenever possible.

RTFA if for nothing else his giant list of everything that was going to “kill the economy”.

Air pollution has decreased dramatically in parts of the Middle East in the past five years – partly due to armed conflicts since the Arab Spring.

A new study suggests the improvement is the result of the conflicts, economic recessions and human displacement suffered across the region.

The findings state: “A combination of air quality control and political factors, including economical crisis and armed conflict, has drastically altered the emission landscape of nitrogen oxides in the Middle East.”

Jos Lelieveld of the Max Planck Institute for Chemistry in Mainz, Germany, was the lead author of the study, which was published in Science Advances.

Between 2005 and 2010, the Middle East had the world’s fastest-rising air pollution emission levels.

A similar increase took place in East Asia, most likely due to economic and industrial growth.

“However, [the Middle East] is the only region where this pollution trajectory was interrupted around 2010 and followed by a strong decline,” Professor Lelieveld said…

In Syria, the level of nitrogen dioxide over Damascus has fallen by 50 per cent since the start of the civil war in 2011.

“It’s proportional to people, so if emissions have gone down in Syria by 50 per cent, I’d expect that 50 per cent of the people might have been displaced, as indeed they have,” Prof Lelieveld said.

The findings “disagree with scenarios used in prediction of air pollution and climate change for the future,” he added.

Yes, yes. Unless you’re one of the delightful nation-states which carries around the occasional nuclear weapon and threatens other lands with an opportunity to glow in the dark for several thousand years.

I admit, though, it is tempting to consider reducing the number of human beings in any location because of generally positive results. I would prefer doing so in a manner equally beneficial to the human species – as it is to those others, animal and vegetable, occupying the same landscape.

I suggest providing a basic scientific education including knowledge of birth control. In general, everywhere that happens the birth rate diminishes and tends to produce the same result. No fighter-bombers or helicopters required.