North America’s prairies stretch north from Mexico into Canada, and from the Mississippi River west to the Rocky Mountains. Grasslands also exist in areas farther west, between the Rockies and Pacific coastal ranges.

When Thomas Jefferson approved the Lewis and Clark Expedition in 1803, this territory was home to Native Americans and abundant wildlife. Vast, unbroken horizons of contiguous grasslands supported millions of prairie dogs, pronghorn, bison and elk, and thousands of bighorn sheep. Birds were also numerous, including greater prairie-chickens, multiple types of grouse and more than 3 billion passenger pigeons…

That changed as European immigrants moved west over the next hundred years. Market hunting was one cause, but settlers also tilled and poisoned, fertilized and fenced the land, drained aquifers and damaged soils…

Some parts of the North American prairies could support this kind of biodiversity again. The Flint Hills of Kansas and Oklahoma, Nebraska’s Sandhills and Montana’s Rocky Mountain Front all retain areas that have never been plowed, ranging from 1 million to 4 million acres. Public agencies and nonprofit conservation groups are already working in these areas to promote conservation and support grassland ecosystems…

The U.S. has a history of protecting its majestic mountains and deserts. But in our view, it has undervalued its biologically rich grasslands. With more support for conservation on the prairies, wildlife of all sizes – big and small – could again thrive on America’s fruited plains.

RTFA – not only for details of how we got here; but, how we might move forward to restoration and a new life for our grasslands. 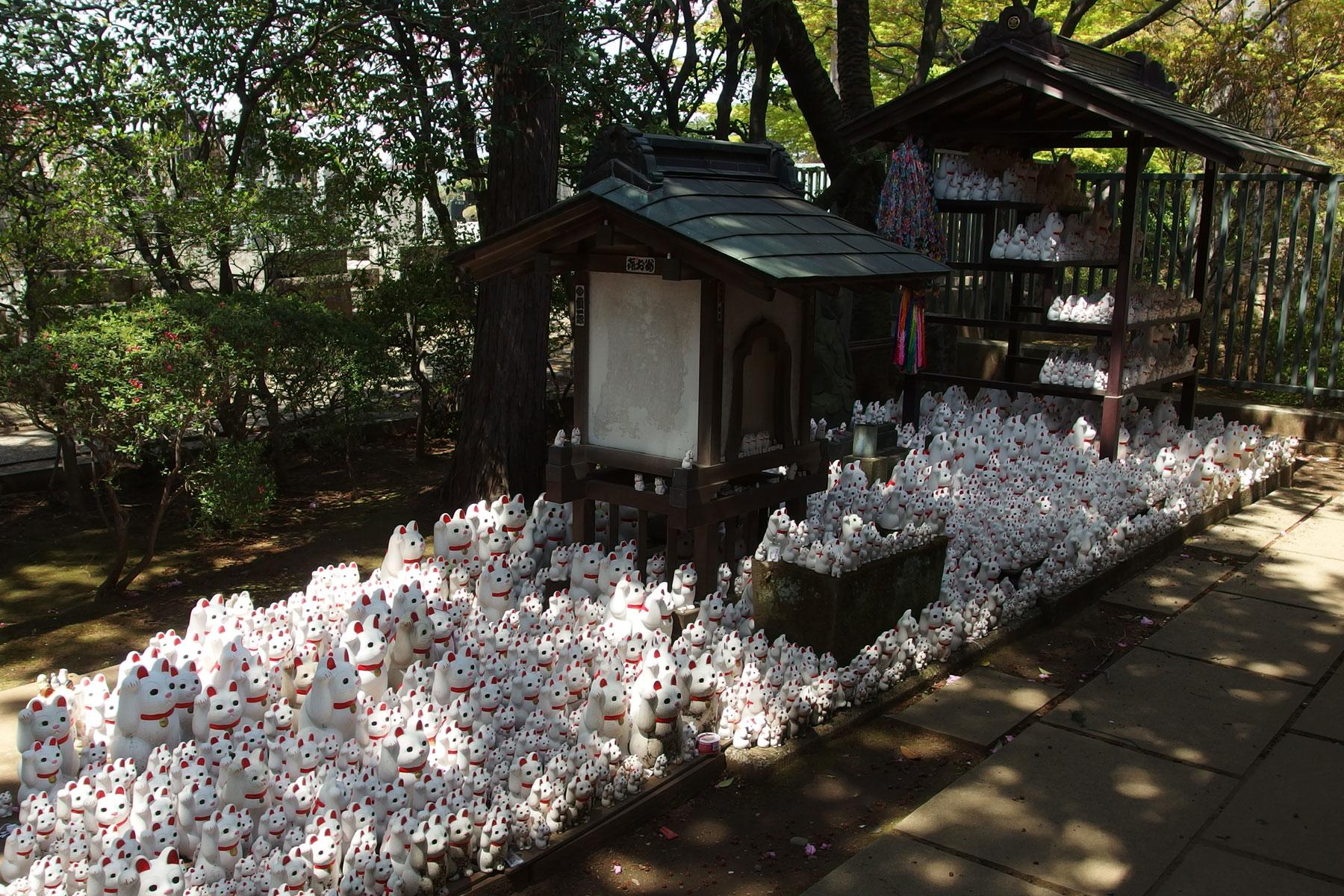 ❝ Samsung is reportedly adopting even harsher methods to prevent people from using the few remaining Galaxy Note 7s in the wild, planning an imminent U.S. software update that will render them useless.

On Dec. 19 Samsung will push out an update preventing the phones from charging, according to a statement to The Verge. The code will be distributed through all major U.S. carriers within 30 days.

❝ Samsung noted that 93 percent of Note 7s sold in the country have already been returned. The update is meant to get people to participate in a long-standing recall offering refunds and exchanges, sometimes with extra financial incentives.

The company has been gradually escalating its software tactics. American Note 7 models are already unable to charge past 60 percent, and in Canada, Samsung will soon be disabling all wireless functions.

❝ Shortly after its launch late this summer, the Note 7 was plagued by a series of battery fires and explosions, possibly owing to an ultra-compact design rushed to beat Apple’s iPhone 7. Samsung attempted to recall and fix the initial batch of units, but this didn’t solve the problem, forcing the company to issue another recall and discontinue the product entirely.

Folks, if you’re part of that 7% solution do yourself a favor and return that bookend.

❝ Edward Snowden has told supporters he would be willing to return to the US if the government could guarantee a fair trial.

The former National Security Agency contractor, who has been living in Russia since June 2013, said he would present a public interest defence of his decision to leak thousands of classified intelligence documents if he appeared before a US jury. “I’ve told the government I would return if they would guarantee a fair trial where I can make a public interest defence of why this was done and allow a jury to decide,” Snowden told a libertarian conference, the New Hampshire Liberty Forum…

❝ Snowden has previously spoken of making offers to the government to return home and his willingness to discuss a plea deal and even go to jail. But in an interview on BBC Panorama last year, the whistleblower said the US justice department had made no effort to contact him.

❝ Snowden’s revelations set off an international debate about the balance between security and privacy. Supporters hailed Snowden for exposing what they saw in some cases as an illegal invasion of privacy, while critics believed he hampered the security services’ ability to fight terrorism.

I stopped being surprised that supporting constitutional civil liberties requires more than moderate or a liberal political understanding. A young news editor explained the difference to me during a break from night school classes in the late 1950’s. Standing outside a classroom building on an autumn evening, we were continuing a discussion from a literature class – a discussion about free speech. Those were the days of activists being jailed for teaching the right to advocate for revolution.

Take a good look at the structure of that sentence. People were being jailed for discussing revolution. Whether they advocated publicly for revolution, violent or peaceful. We lived at the time in a state whose constitution in fact included the right for citizens – denied peaceful means – to take up arms and overthrow a repressive government.

And I thought I was a “liberal” for defending the free speech challenged by federal law as then practiced. This dude politely explained the difference between folks willing to support the Bill of Rights as long as nothing unpopular was in question – and those who take the Bill of Rights seriously enough to take them as principle as written for all. A progressive position as it turned out.

Not my cup of tea; but, it surely is nice to see the Lincoln Continental marque returning to Ford’s lineup. Destined for the United States and China – to start.

Here’s a slide show of more cars from the exhibit.

The burglars who targeted the office of a California non-profit serving sexual assault victims returned the stolen items hours later with an apology.

Candy Stallings, executive director of San Bernardino Sexual Assault Services, said she received a phone call from her alarm company around 10:30 p.m. Friday and she arrived at the office to find police investigating a break-in, ABC News reported Thursday.

The thieves had taken six computer towers, a laptop, computer speakers, children’s story books and 100 bags of candy. They had also cut the building’s telephone wires.

Stallings said she went home around 2 a.m. and received a call from police about two hours later.

“I got a call from San Bernardino Police directly, who said, ‘Candy, can you please come back down? We have some suspicious activity,'” she said. “And I was thinking to myself, ‘This is too much. We are not going to recover from this.'”

However, she arrived to discover police had found the stolen items in a shopping cart left outside the building. There was a note folded inside the laptop.

“We had no idea what we were taking. Here is your stuff back. We hope that you guys can continue to make a difference in people’s lives. God Bless,” the note read…

“I got chills when I saw the note,” she said. “I was teary eyed, and I had so many mixed emotions.”

Police said they are continuing to investigate the burglary and the perpetrators would still face charges if they are caught.

I generally comment that it doesn’t take a whole boatload of brains to be a crook. I’m even more surprised to hear of some burglars having a heart.

I guess the next step might be taking a shot at an honest job. If they can find one, that is.

The father of Edward Snowden acknowledged Friday that his son broke U.S. law, but maintained that he is not a traitor for releasing classified information about the government’s previously secret surveillance programs.

“At this point I don’t feel that he’s committed treason. He has in fact broken U.S. law, in a sense that he has released classified information,” Lonnie Snowden told NBC’s Michael Isikoff in an exclusive interview that aired on TODAY. “And if folks want to classify him as a traitor, in fact he has betrayed his government. But I don’t believe that he’s betrayed the people of the United States. “

Snowden said he has told Attorney General Eric Holder through his lawyer that his son will probably return home if the Justice Department promises not to detain him before a trial nor subject him to a gag order. He also wants his son to choose where a trial would take place…

Snowden has reportedly been getting help in his escape plan from WikiLeaks, whose founder, Julian Assange, has been sheltered in Ecuador’s London embassy for the past year.

Lonnie Snowden has not spoken to his son since April, but he fears that Edward may be manipulated by WikiLeaks handlers and would like to get in touch with him.

“I don’t want to put him in peril, but I am concerned about those who surround him,” Lonnie Snowden said. “I think WikiLeaks, if you’ve looked at past history, you know, their focus isn’t necessarily the Constitution of the United States. It’s simply to release as much information as possible.”

There are distinct differences between WikiLeaks and Edward Snowden. The WikiLeaks ethic is an end to secret files and letting transparency enable full discussion of any topic. Snowden made it clear in his earliest interviews with Glenn Greenwald he distinguished between legitimate confidential files and information that was classified just to keep Americans from knowing what their government was doing.

Regardless, his return would be a courageous move in the face of nutball rightwingers within and without our government. 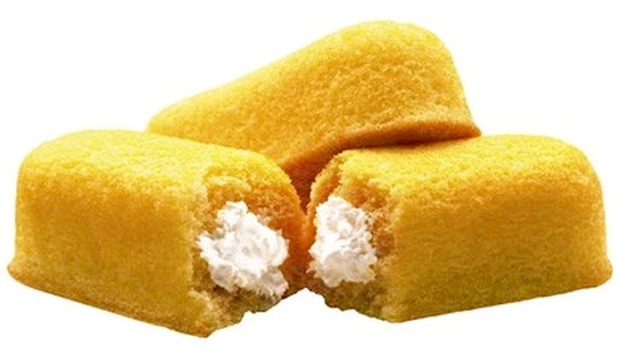 Twinkies will soon be making a triumphant return to store shelves, according to Hostess’ website.

The company, which went bankrupt in 2012 and is under new management, is touting the return on July 15 as “the sweetest comeback in the history of ever.”

“America wanted Hostess back — they wanted the original. Very soon consumers will once again be able to enjoy Twinkies, CupCakes and other great Hostess snack cakes. A comeback by any other name could never be as sweet,” Daren Metropoulos, principal of Metropoulos & Co., said in a statement to ABC News…

Rich Seban, president of Hostess, told the AP that prices for the cakes will remain the same: A box of 10 Twinkies will cost $3.99.

You could just eat $3.99 worth of sugar with a spoon and get more value.

He also said that the new Hostess company will invest in new products, something the old company was criticized for not doing.

He told the AP that the company is looking to expand with gluten-free, added fiber, low sugar and low sodium products.

They plan to offer additional products not as sugary, not as crappy, not as lacking in dietary fiber, not as many chemical flavors. In other words, stuff better for you than frigging Twinkies.

Yes, I have tried a Twinkie. In 1959. I see no need to repeat the experiment.