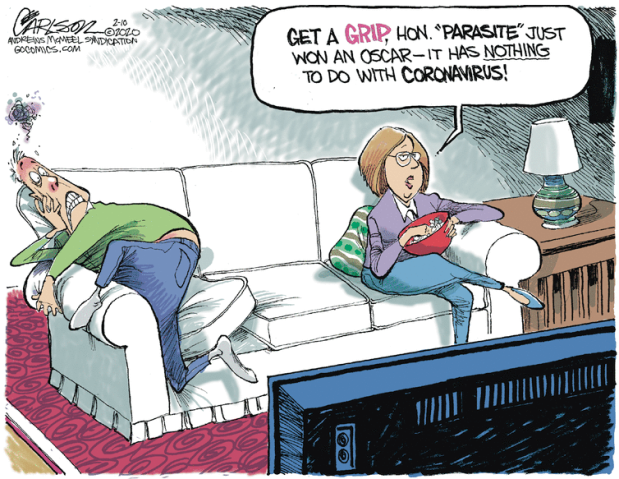 “Vlad, Vlad — you said you’d send a chopper for me” 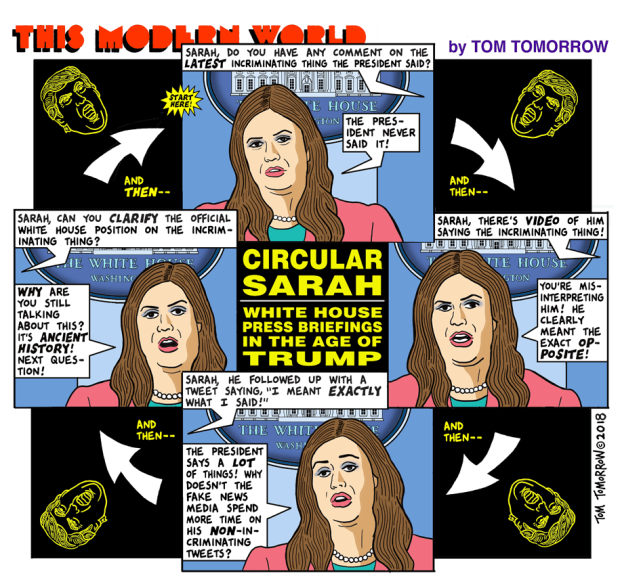 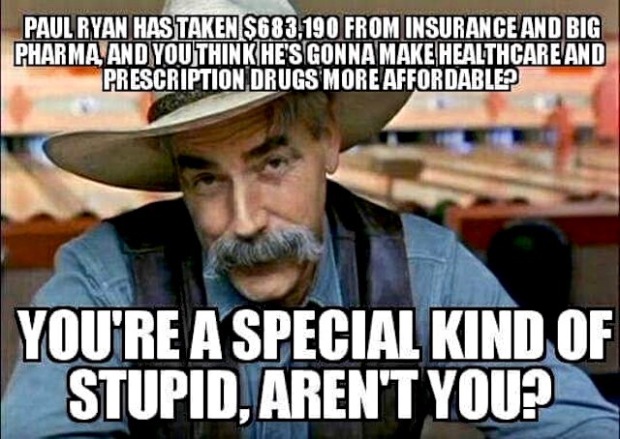 New York is sending a clear message to its health insurance plans: Stick with Obamacare’s insurance marketplace — or else.

The state announced Monday that it will bar insurers who quit the marketplace from bidding for future contracts with New York health programs. That’s a big deal: 6.4 million New Yorkers have Medicaid coverage, making those contracts lucrative opportunities that health plans won’t want to miss out on.

I wonder how many years it will take for politicos in New Mexico to stand up on their hind legs and back working folks, this way. Our state has a higher percentage of children born under Medicaid than anywhere else in the United States.

New York already has a competitive marketplace, so it’s not clear how much this step will matter. The state hasn’t had trouble attracting insurers to its marketplace in the way other states have. Every New York county had at least two plans signed up to sell coverage in 2017…

This type of provision would be a lot more meaningful in a place like Missouri or Iowa, two marketplaces badly in need of more competition. New York isn’t likely to struggle with empty Obamacare counties regardless…

The provision seems to have been successful in convincing two additional health plans to participate in the Nevada Obamacare marketplace. Medicaid is a lucrative enough program, it seems, that states can use it as a lure to bring insurance plans into other smaller programs like the marketplace…

If you run away – then stay away!

Adobe Flash—that insecure, ubiquitous resource hog everyone hates to need—is under siege, again, and hopefully for the last time. The latest calls for its retirement come from some of the Internet’s most powerful players, but if the combined clattering of Facebook, Firefox, and a legion of unsatisfied users isn’t enough finally to put it in the ground, scroll down to see how to axe it from your devices yourself.

Why would you want to?

Because Flash is a closed, proprietary system on a web that deserves open standards. It’s a popular punching bag for hackers, which puts users at risk over and over again. And it’s a resource-heavy battery suck that at this point mostly finds its purchase in pop-up ads you didn’t want to see anyway.

Open or closed means little to me – other than so-called open is even easier to hack than a crappy, poorly-designed closed system like Flash. Nothing is hacked more often than Linux.

This week, in the wake of newly discovered vulnerabilities in Flash, Facebook security boss Alex Stamos called for a termination date for Flash, and late Monday night Mozilla disabled all current versions of the plug-in by default in its Firefox browser. Even Google is limiting Flash’s impact; last month, it announced that future versions of Chrome will “intelligently pause” Flash-based content that isn’t part of a website’s core experience (e.g. video ads).

That doesn’t mean this is the end … yet. Facebook still uses Flash to play video on some browsers, and Firefox reintroduced Flash support on Tuesday when a secure update arrived. The point is clear, though: Flash is officially more trouble than it’s worth. <a href="http://www.wired.com/2015/07/adobe-flash-player-die/'>Flash. Must. Die. | WIRED.”>And it has been for some time.

…Killing of Flash has been on-trend since being software non-grata on the original iPhone. Steve Jobs penned a famous open letter in April, 2010, explaining why he wouldn’t let Flash anywhere near Apple’s mobile products, highlighting concerns over openness, security, and its impact on battery life.

More than five years later, the case against Flash remains largely unchanged—and the security problem is the most immediate and important. After all, the newly discovered critical vulnerability that led Mozilla to quarantine Firefox from Flash was the third problem of its kind discovered this week thanks to a data breach of controversial digital surveillance firm Hacking Team…

However actively Adobe has been working on Flash Player security, it doesn’t seem to be enough. This week’s mistrials are but the latest in a string of security lapses that have plagued Flash for years. Exploit kits—packets of code that take advantage of these sorts of vulnerabilities in your browser to push malware or ransomware—have used Flash to futz with countless sites. So-called zero-day vulnerabilities (a security hole that hackers find before the software company does) are found on Flash with such regularity they almost feel like a feature.

The good news is, you don’t have to wait for Adobe to pull the plug. You can do it yourself.

RTFA for instructions re most browsers.

I stopped concerning myself when iOS stopped running it in any of Apple’s mobile devices. The pressures exerted by Steve Jobs at the time pushed Google into speeding up their pace of adopting html5 everywhere – especially at YouTube. If you show up at YouTube without Flash installed, the site automatically switches into an html5 version of whichever video you’re looking for.

If I run into a site that refuses to run anything other than Flash – most often, the BBC, nowadays – I don’t run their videos. No need to tempt some script kiddie.

With growing inequality and the civil unrest from Ferguson and the Occupy protests fresh in people’s mind, the world’s super rich are already preparing for the consequences. At a packed session in Davos, former hedge fund director Robert Johnson revealed that worried hedge fund managers were already planning their escapes. “I know hedge fund managers all over the world who are buying airstrips and farms in places like New Zealand because they think they need a getaway,” he said.

Johnson, who heads the Institute of New Economic Thinking and was previously managing director at Soros, said societies can tolerate income inequality if the income floor is high enough. But with an existing system encouraging chief executives to take decisions solely on their profitability, even in the richest countries inequality is increasing.

Johnson added: “People need to know there are possibilities for their children – that they will have the same opportunity as anyone else. There is a wicked feedback loop. Politicians who get more money tend to use it to get more even money…”

So what is the solution to having the new voices being sufficiently recognised to actually change the status quo into one where those with power realise they do matter?

Former New Zealand PM Helen Clarke said: “Solutions are there. What’s been lacking is political will. Politicians do not respond to those who don’t have a voice In the end this is all about redistributing income and power…”

Author, philosopher and former academic Rebecca Newberger-Goldstein saw the glass half full, drawing on history to prove society does eventually change for the better. She said Martin Luther King was correct in his view that the arch of history might be long, but it bends towards justice.

I have to smile as the topic comes round and round, again. In my experience with selling to the very rich – and occasionally to folks a lot richer than that – I’d keep an eye on who’s buying global-class ocean-going sailboats. If the world devolves into anarchy, the fossil fuel processing and distribution network falls apart pretty easily.

Folks who want more than anything else to escape responsibilities will probably take to the sea. May even have an island stashed somewhere. Face it. Some of these folks can afford to buy small countries. 🙂 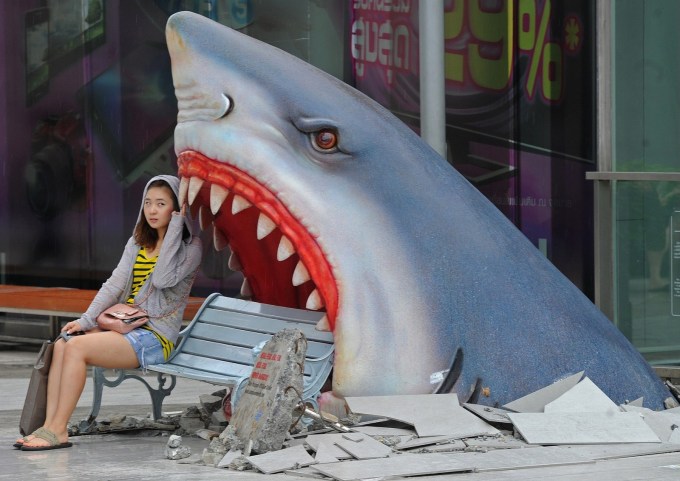 But, I just saw this for the first time, today. 🙂