So…Sunday morning is for grocery shopping in our house. We have a pickup appointment in a few days at Walmart. Yes, they’re going crazy, already. We knew Trader Joe wouldn’t be open until 9AM…they had a sign up, last week, announcing the change for restocking time.

We arrived about 5 minutes before opening time. Crap! Parking lot full. The line to the entrance was about 2 blocks long. What can you do? We joined onto the end of the line. No one stood very close to the person ahead.

Once the door opened, the line moved a bunch – then stopped. After 10 minutes of nothing, we resumed moving, slow and steady. When we reached the entrance, we learned why. They were limiting the number of folks shopping to 50. Someone leaves, their cart is wiped down when returned. Back at the entrance, you were handed over to another already-shiny cart and allowed in.

Frankly, it worked smoothly. Shopping wasn’t any longer than usual. Got the TJ portion of our grocery list and out the door. And when I brought the cart back to the lineup, the important thing I noticed was that the line was holding at only several shoppers down to none. Next week, we’ll time it to arrive a hour later.

Attaboy, TJ! Feels like you got it right on.

Trump gave us his little fireside chat, last night, on what he is doing to bring safety to the people of the United States of America, to our health infrastructure, to our economy. Here’s how the Stock Market responded, this morning…

The S&P index has a fail-safe mechanism that automagically kicks in when it looks like the bottom is falling out, a crash is imminent. This engages when the value expressed in this index falls 7%.

This took place, today, 7 minutes after the trading day began. Trading was halted…and resumed after the usual 15 minutes rule. Not exactly resounding support for the bullshitter-in-chief.

TESLA’S AUTOPILOT STOPPED THEM SOONER THAN EITHER DRIVER COULD!

Two Tesla owners in two different Model X vehicles going in two different directions were hit by the same falling tree on the road and claim that Autopilot saved their family’s lives by applying the brakes before they could.

The incident happened last weekend in Dorset, in southwest England, where Storm Dennis has been hammering parts of the country with wind and rain…

Laurence Sanderson was driving his Model X with his wife and three kids when a giant oak tree fell in the middle of the road.

He told the Mirror that he saw the tree coming down, but Autopilot applied the brakes before he could…

Josh Whitelock was in the other Model X with his girlfriend and her mother. All three also came out mostly unharmed from the crash…

Whitelock also claimed that the Autopilot’s Auto Emergency Braking system did the work.

Given the circumstances – and other similar accounts – autonomous driving or not, Autopilot is a winner for driving safety. The one truly terrible auto accident I was in [many years ago] would never have happened if I had a system like this in my car.

❝ The chief executive of the National Rifle Association asked the nonprofit organisation buy him a luxury mansion last year after a mass shooting at a Florida high school, according to multiple people familiar with the discussions…Wayne LaPierre told associates he was worried about being targeted and needed a more secure place to live after 17 people were gunned down last year in Parkland, Florida, sources said.

❝ Mr LaPierre and his wife, Susan, rejected an upscale high rise in Dallas with numerous security features in favour of a 10,000-square-foot French country-style estate with lakefront and golf course views in Westlake, Texas, on the market for about $6m, according to emails and text messages.

❝ The Boeing 737 and the Airbus 320 types are single aisle planes with some 150 seats. Both are bread and butter planes sold by the hundreds with a good profit. In 2010 Airbus decided to offer its A-320 with a New Engine Option (NEO) which uses less fuel. To counter the Airbus move Boeing had to follow up. The 737 would also get new engines for a more efficient flight and longer range. The new engines on the 737 MAX are bigger and needed to be placed a bit different than on the older version. That again changed the flight characteristics of the plane by giving it a nose up attitude.

❝ The new flight characteristic of the 737 MAX would have require a retraining of the pilots. But Boeing’s marketing people had told their customers all along that the 737 MAX would not require extensive new training. Instead of expensive simulator training for the new type experienced 737 pilots would only have to read some documentation about the changes between the old and the new versions.

That was a really sensible way to save on training costs, eh? 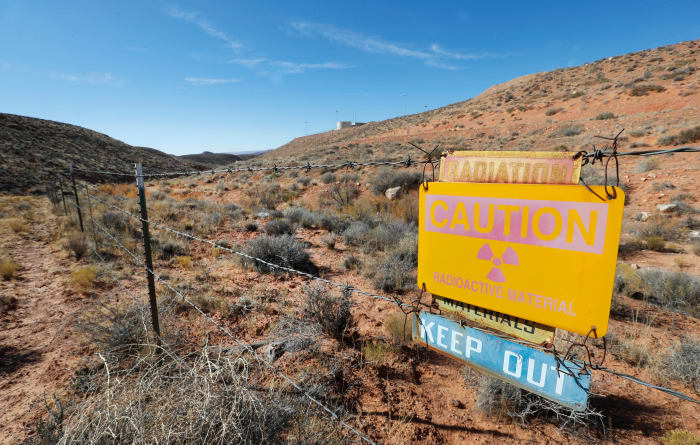 ❝ …AP reports that the Trump administration is quietly seeking to roll back the Environmental Protection Agency’s regulations on radiation exposure. The story took a closer look at a rule the EPA proposed back in April called “Strengthening Transparency in Regulatory Science.” When it was released, most coverage focused on the proposal’s potential limitation of what studies the EPA could and could not use in decision-making. It essentially demanded the EPA not use any studies based on data that isn’t publicly available.

…The transparency rule is hiding another agenda. Paragraphs scattered throughout the document make it clear that the proposed rule is meant to re-evaluate the science behind “the dose response data and models that underlie what we are calling ‘pivotal regulatory science.'” That jargon means the EPA wants to challenge the assumptions that underlie its current guidelines on toxic exposure.

❝ …Data shows that the higher the dose of radiation you receive, the more severe the consequences—in other words, that the response to doses is linear. The more radiation, the more health effects.

Because it’s much harder to accurately measure small doses of radiation in large populations over long periods of time, there isn’t much data available on the lower end. Still, most scientists agree that the relationship stays the same for small amounts of ionizing radiation: Small doses increase the aggregate risk of cancer by a relatedly small amount…

Trump and his flunkies want to remove safety measures currently in place. After all, they cost money which could be spent elsewhere. Like on golf trips.

I’ve noted here recently that early days in my working life were spent in metals testing labs. And some of that work involved materials used in nuclear power plants. I didn’t mention there were a number of folks I worked with BITD who were former researchers close-up and personal with nuclear radiation. The emphasis was on FORMER because pretty much every year they were updated on what was currently the new acceptable level of “safe” radiation over time. That dose became lower every year as scientific understanding increased. Most of them joked that the “new” dangerous levels were lower than levels they were exposed to as “safe” just a year or two previous. What else could they do? They had worked their way down to the labs where I worked because there was no radiation exposure at all. And they refused to accept the risk of continued exposure.

When you’re dealing with radioactive materials with a half-life measured in hundreds of years or more – which is only accumulative – the only result is a shortened lifespan. How much is that paycheck worth, then?

The good news…is that everyone walked away from the 3-car crash that left these two vehicles looking like an escape from a pancake breakfast. Coppers on the scene had an easy-enough analysis. Everyone was wearing their seatbelts.