Tokyo Gas Co. plans to develop one of Japan’s largest offshore wind projects as the nation looks to a major expansion of the technology to achieve net-zero emissions by 2050.

The 600-megawatt facility — about 30 times larger than the nation’s existing capacity — is planned to be built off the coast of Chiba prefecture, east of Tokyo, if it gains approval from the government, a company spokesman said on Wednesday. Tokyo Gas joined a consortium with Shizen Energy Inc. and Canada’s Northland Power Inc. in order to develop the project…

Offshore wind developments are key to Prime Minister Yoshihide Suga’s pledge for Japan to become emissions neutral by the middle of the century, and the government has thrown its support behind developing a number of offshore blocks. Tokyo Gas is one of just a handful of Japanese utilities that have committed to a net-zero emissions target…

Capacity in offshore wind in Japan may reach 10 gigawatts by 2030 and 30 gigawatts by 2040, according to the Ministry of Economy, Trade and Industry. The nation currently has just 20 megawatts of capacity.

Once you get rolling, aside from whatever is your nation’s style in useless bureaucrats, wind power is sensible and easy to grow. I’m not talking about political sleaze or budget weenies. Just the technology.

Atmospheric rivers are long, narrow bands of moisture in the atmosphere that extend from the tropics to higher latitudes. These rivers in the sky can transport 15 times the volume of the Mississippi River. When that moisture reaches the coast and moves inland, it rises over the mountains, generating rain and snowfall and sometimes causing extreme flooding.

Recently…a team of researchers from Scripps Institution of Oceanography and the Army Corps of Engineers in the first systematic analysis of damages from atmospheric rivers due to extreme flooding. We found that while many of these events are benign, the largest of them cause most of the flooding damage in the western U.S. And atmospheric rivers are predicted to grow longer, wetter and wider in a warming climate.

RTFA. More info. A scale for evaluating the dangerous potential in these rivers. Another wake-up call for this nation. 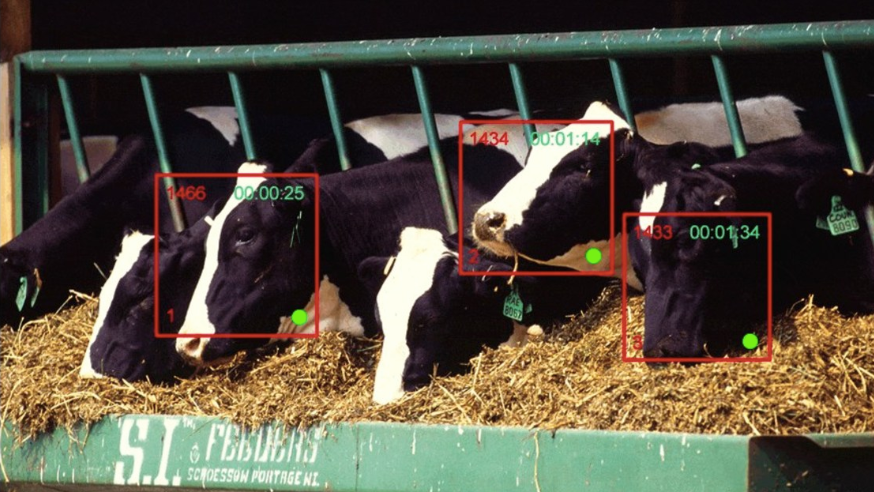 Cargill is backing an Irish startup that uses facial recognition software to help increase the productivity of dairy cows, the latest move by the largest closely held U.S. company to bolster its agricultural-technology efforts.

Cargill has taken a minority stake in Cainthus, which harnesses machine-learning and imaging techniques to identify cows and glean information on everything from their behavior to appetite, David Hunt, president and co-founder of Cainthus, said in a telephone interview Wednesday…

Hunt said Dublin-based Cainthus chose Cargill over venture capital firms because of the U.S. company’s footprint in agriculture. Cargill is still owned by the same family that founded it 153 years ago and it’s one of the world’s largest crop traders and meat producers.

Most farmers in my extended family don’t farm on a scale that would require recognition software to aid productivity. Those with any four-footed critters on the farm know them by their first name. But, of course, I can understand the problem for larger farms and, of course, factory-style farming.

Will Cargill also take the lead in the next logical advance? Eliminate the need for humans to run the farm, run the machinery, deal with harvesting crops – whether animal or vegetable?

Mouse embryos – on the right cultured in Scale reagent

Scientists are constantly looking for new and better ways of seeing through biological tissue, in order to see cells within it that have been marked with dyes, proteins or other substances. While recent research has involved using marking materials such as carbon nanotubes and firefly protein, scientists from Japan’s RIKEN Brain Science Institute have taken a different approach – they’ve developed a chemical reagent that causes the tissue surrounding the marked cells to become transparent.

Known as Scale, the reagent was created by a team led by Dr. Atsushi Miyawaki. Already, they have used it to turn mouse brain tissue clear, in order to optically image the fluorescently-labeled cerebral cortex, hippocampus and white matter…

Not only did Scale turn the unmarked tissue transparent, but it also did not decrease the intensity of the fluorescent proteins that the RIKEN team used to mark cells.

While the experiments performed so far have mainly involved brain tissue samples, Miyawaki believes that it should work equally well on other organs, and ultimately in living subjects. “We are currently investigating another, milder candidate reagent which would allow us to study live tissue in the same way, at somewhat lower levels of transparency” he said. “This would open the door to experiments that have simply never been possible before.”

Yes – we are closing in on a remake of the Invisible Man.

The pilot plant for the planned new project

The Western Canadian province of Saskatchewan, which depends heavily on burning coal for power, will build one of the world’s first commercial-scale power plants that will capture carbon dioxide emissions, the provincial government said on Tuesday.

Saskatchewan said the power utility it owns, SaskPower, will proceed with a long-planned C$1.24 billion conversion of a generating unit at its Boundary Dam Power Station at the city of Estevan as the province moves to comply with new Canadian requirements for cleaner coal power.

The project will have capacity to produce 110 megawatts of electricity per year, while reducing greenhouse gas emissions by 1 million tonnes — the equivalent of taking 250,000 vehicles off the road each year, the provincial government said…

The province, which is rich in oil, potash and uranium, had been holding off on final approval of the project as it awaited details of new federal regulations for coal plants.

TransAlta Corp, the country’s largest operators of coal-fired plants, is developing a near-commercial-scale demonstration project near Edmonton, Alberta, that will also capture carbon.

SaskPower, meanwhile, is working on deals to sell its captured carbon to oil drillers, which can use it to extract oil from the ground, a spokesman for the utility said. Cenovus Energy Inc currently imports carbon from the United States to extract oil at its Weyburn, Saskatchewan, oilfield.

Looking forward to seeing what can be done on a commercial scale. I’ve noted pilot plants here in North America and in Europe; but, I’m curious to see what can be accomplished in the real world.

General Electric plans to select a location in about three months for a U.S. solar-panel plant that may be the country’s largest.

With the new facility, the total investment in the solar business will exceed $600 million, Fairfield, Connecticut-based GE said today in a statement. The plant will employ about 400 people and power 80,000 homes annually.

The tipping point in expansion was boosting the efficiency of cadmium telluride-based thin film panels to a record 12.8 percent, said Victor Abate, who runs solar, wind and renewable energy units at GE, the world’s biggest provider of power- generation equipment. The increase is also a key factor in bringing down costs, he said.

“Before you scale, you have to be a technology leader,” Abate said in a telephone interview. “By reaching this milestone with the most efficient technology, we believe we’re ready to scale…”

GE became the world’s second biggest maker of wind turbines within a decade of its purchase of Enron Corp.’s operations following its 2002 bankruptcy. Abate said he thinks the company can build the solar business in a similar way…

GE expects to increase the efficiency of the panels, Abate said. “We’ve moved the efficiency from where we started investing with the team at PrimeStar at about four times the rate of the industry, and we expect to continue to do that…”

Solar photovoltaic system installations will almost double to 32.6 gigawatts by 2013 from 18.6 gigawatts last year, according to Bloomberg New Energy Finance estimates. Manufacturing capacity worldwide has almost quadrupled since 2008 to 27.5 gigawatts, and 12 gigawatts of production will be added this year…

The decision on where to locate plant will be based on criteria including proximity to GE’s research centers, available factory space, and incentives from state and local governments. GE expects to make a decision before the end of the year, at the latest, Abate said.

I’m not surprised – and anyone who follows the scale of the industry shouldn’t be surprised either.

If Governor Bill was still in charge of New Mexico, we’d probably stand a chance at getting that factory. With our new Republican Susana running the state, we stand a better chance at manufacturing buggy whips and boot laces.