The dog has brains enough NOT to take selfies while driving

❝ Police say a 19-year-old Texas A&M University student who rear-ended a squad car told an officer she was taking a topless selfie.

Miranda Kay Rader posted $200 bond after she was charged with drunken driving and possessing alcohol as a minor.

❝ A police report says an officer was checking a reported disturbance when he heard brakes squeal and an SUV slam into the patrol car behind him. Rader told the officer she was taking a topless selfie of herself to Snapchat to her boyfriend.

Police say an open bottle of wine was in her console cup holder.

Hopefully, her major is not Public Safety. 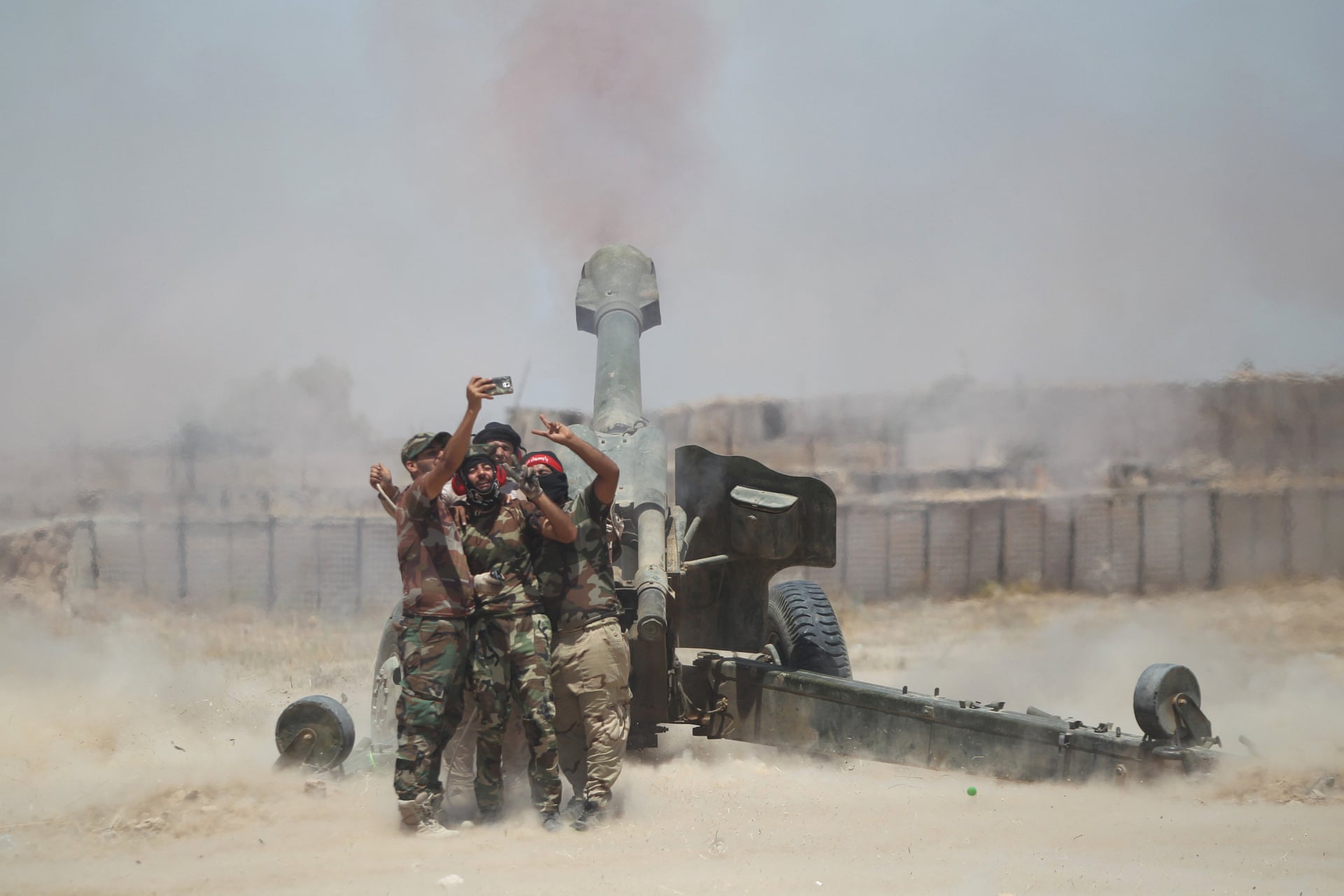 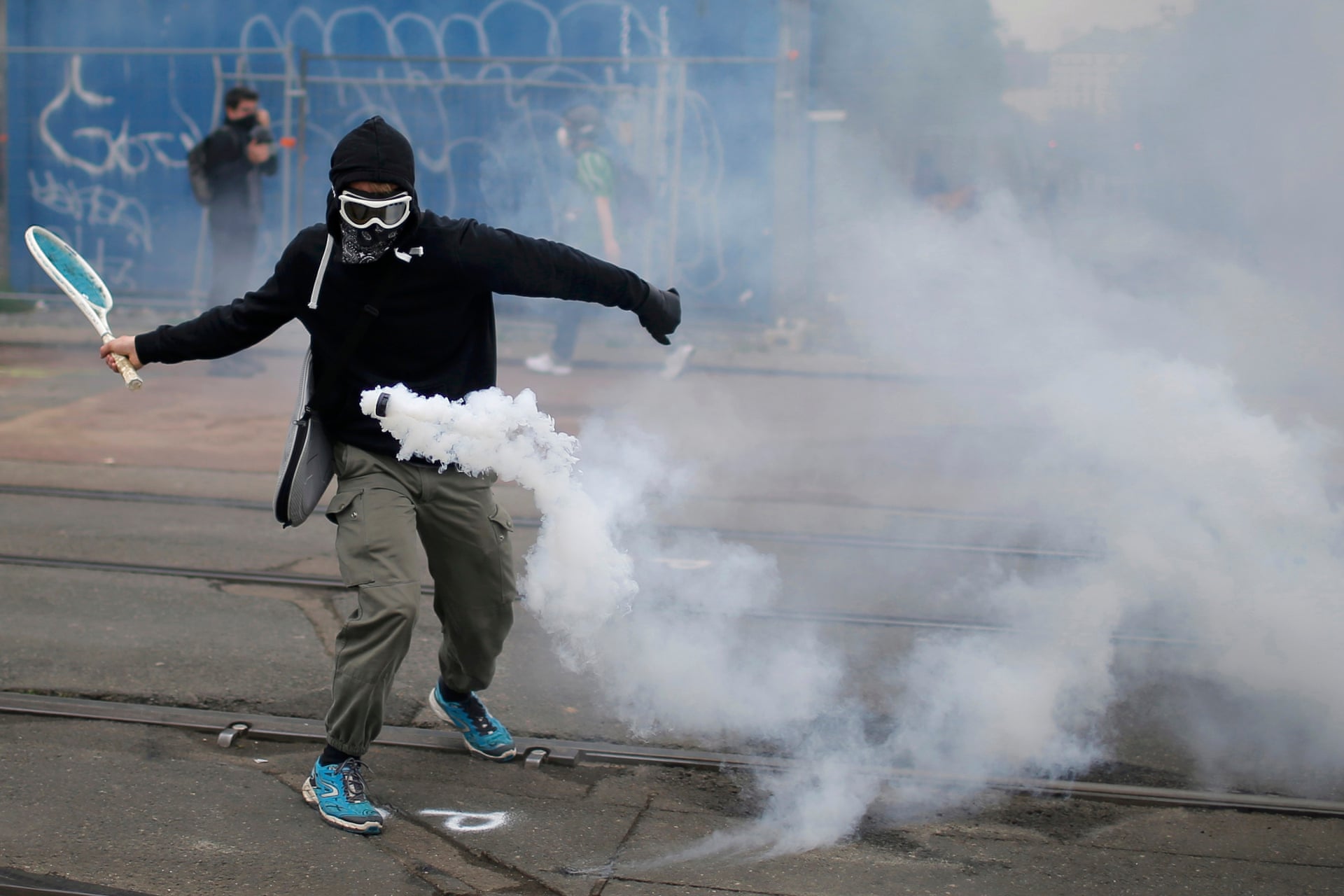 ❝ Everyone likely remembers the first time they saw Apple’s Photo Booth app, and chuckled to their friends while contorting their features to resemble a chipmunk or big-eyed cartoon character.

An amusing new story reveals what can go wrong when sending such pictures, however: A mom in Edinburgh, Scotland, became convinced her daughter had suffered a terrifying allergic reaction after being shown one such image.

❝ When the concerned mother asks what happened, her daughter told her that it was the result of a nut allergy — leading to the response, “Jesus Christ almighty, what has happened to your face?” after her mom saw the scale of the facial distortion. The mom then said she would phone an ambulance to get her daughter at work, although it’s not clear whether she went through with her promise.

The tweet has gone viral since the iMessage exchange was posted online, having so far been retweeted 1,200 times.

Hope she doesn’t snack on some nuts by mistake, now. Mom may not be a help.

NTRD – but, you get the idea

An Illinois job applicant texted his way out of an offered position when he accidentally sent the human resources manager a nude selfie, police said.

Elmhurst police said the human resources manager at a St. Charles company contacted authorities Aug. 14 to report receiving two nude pictures via text message Aug. 11 and 13 from a man who had been offered a position with the company.

“There was a conditional offer of employment made to this particular applicant,” Elmhurst Police Chief Michael Ruth told the Chicago Tribune. “He texted the HR director and sent a nude photo of himself.”

Police said the man who sent the pictures told investigators the nude selfies were sent accidentally.

I hope it was a mistake. Otherwise, the dude is truly demented.

“[Police] contacted the offender who admitted to sending the photographs, explaining they were actually meant for another individual and were sent to the victim in error,” the police report of the incident states. “[Police] advised the offender to cease any contact with the victim.”

The victim decided not to press charges, but police said the man’s actions were not free from consequences.

“My understanding is they’ve rescinded the offer of employment,” Ruth said.

Har. I must admit I’ve done things just as dumb in the world of job-hunting. No, I won’t give you an example. 🙂

Using its robotic arm as a selfie stick, NASA’s Mars rover Curiosity was able to snap some epic low-angle pictures of itself at a site located in the foothills of Mount Sharp earlier this month.

According to BBC News and Space.com, Curiosity snapped the images using the camera at the end of its robotic arm on August 5 while at Marias Pass. NASA officials then took those pictures and stiched them together to create the rover’s latest selfie, which was released on Tuesday…

Compared with previous pictures, this latest Curiosity selfie shows more of its front and underside, and also shows a pair of grey patches located in front of the rover. One patch (the triangular shaped one) is where the samples were extracted from, while the other was where it dumped the powdered rock grain that was too large to be internally analyzed.

Helluva lot more interesting than the crap selfies that pass for entertainment news.

In 2011, British wildlife photographer David Slater traveled to Indonesia. He set up his equipment to take a photo of a crested black macaque. Suddenly, the monkey grabbed Slater’s camera and started to take selfies. As you can imagine, the selfies were hilarious and adorable, and the photos went viral as soon as they hit the Internet…

This sounds like an incredible opportunity for a photographer, right? Wrong. The photo eventually ended up on Wikipedia, as well as on Wikimedia Commons, an arm of the Wikimedia Foundation that hosts photos that are in the public domain and therefore free to use. Slater asked Wikimedia to take the photo down, arguing that the copyright belongs to him, and that he should get paid whenever someone wants to use the photo.

But Wikimedia has refused to remove the photo, since it was technically taken by the monkey, not by Slater…

Slater accused Wikipedia, which mentioned the monkey selfie in a recent transparency report, of “making a news story” of the issue. He added that he believes Wikipedia editors, most of whom are volunteers, “have a communistic view of life…”

He urged people to stop using Wikipedia. “It’s important to tell people that Wikipedia should be not used as a source of truth,” he said.

Katherine Maher, a spokeswoman for Wikimedia, emailed the following statement to HuffPost:

We take these assessments very seriously, and researched both sides of the argument. We didn’t think the monkey owned the copyright — instead, our assessment was that there’s no one who owns the copyright. That means that the image falls into the public domain.

Meanwhile, the monkey seems to be enjoying the whole kerfuffle.

A Mexican veterinarian accidentally shot himself dead as he posed for a Facebook selfie with a pistol, police said.

Oscar Otero Aguilar, 21, had reportedly been drinking with pals in Mexico City last weekend when he pointed the loaded gun at his face for the snap…But the 0.45 caliber weapon discharged – and he was hit in the temple by the bullet.

Officers arrived to find him still alive, but they lost a battle to save him – and he was declared dead at the scene soon after…

Abner Campos Vives, with whom Aguilar was drinking, was detained for questioning…Another friend, known only by his nickname “El Paco,” went on the run soon after the incident.

I’d worry about any kind of doctor who couldn’t tell his left hand from his right.

An Illinois woman who allegedly stole a dress from a West Frankfort store was arrested after she posted a selfie of herself wearing the pilfered garment on Facebook.

Danielle Saxton allegedly swiped a leopard-print dress from Mortie’s Boutique and then posted four photos of herself wearing the ill-gotten garb just hours later. Saxton even made one of the snaps her profile picture.

People who had also seen the store post about the theft were able to connect the dots and alert police. “Not two hours and our stolen dress has shown up on Facebook,” Mortie’s posted. “Gotta love it.”

“We just had a description and a direction of travel, but when the social media aspect played into it, we were able to identify who it was. And by looking at the background of the photograph we were able to pinpoint where she was at,” said Police Chief Shawn Talluto.

When police arrived to arrest the 27-year-old suspect, she was holding the dress and other stolen clothes.

Same as it ever was. You don’t set off on a day’s worth of stealing because you’re extra bright.