For 20 years, leaders of the Southern Baptist Convention — including a former president now accused of sexual assault — routinely silenced and disparaged sexual abuse survivors, ignored calls for policies to stop predators, and dismissed reforms that they privately said could protect children but might cost the SBC money if abuse victims later sued.

Those are just a few findings of a bombshell, third-party investigation into decades of alleged misconduct by Southern Baptist leaders that was released Sunday, nearly a year after 15,000 SBC church delegates demanded their executive committee turn over confidential documents and communications as part of an independent review of abuse reports that were purportedly mishandled or concealed since 2000.

The historic, nearly 400-page report details how a small, insular and influential group of leaders “singularly focused on avoiding liability for the SBC to the exclusion of other considerations” to prevent abuse. The report was published by Guidepost Solutions, an independent firm that conducted 330 interviews and reviewed two decades of internal SBC files in the seven-month investigation.

“Survivors and others who reported abuse were ignored, disbelieved, or met with the constant refrain that the SBC could take no action due to its (structure) — even if it meant that convicted molesters continued in ministry with no notice or warning to their current church or congregation,” Guidepost’s report concluded.

Nothing new in organizations of any size, guidance or professed belief in an uniting ideology. Regardless of what that belief says about the value of truth.

“He did the early voting and then wanted to be cryogenically frozen until Inauguration Day.”

Thanks to THE NEWYORKER 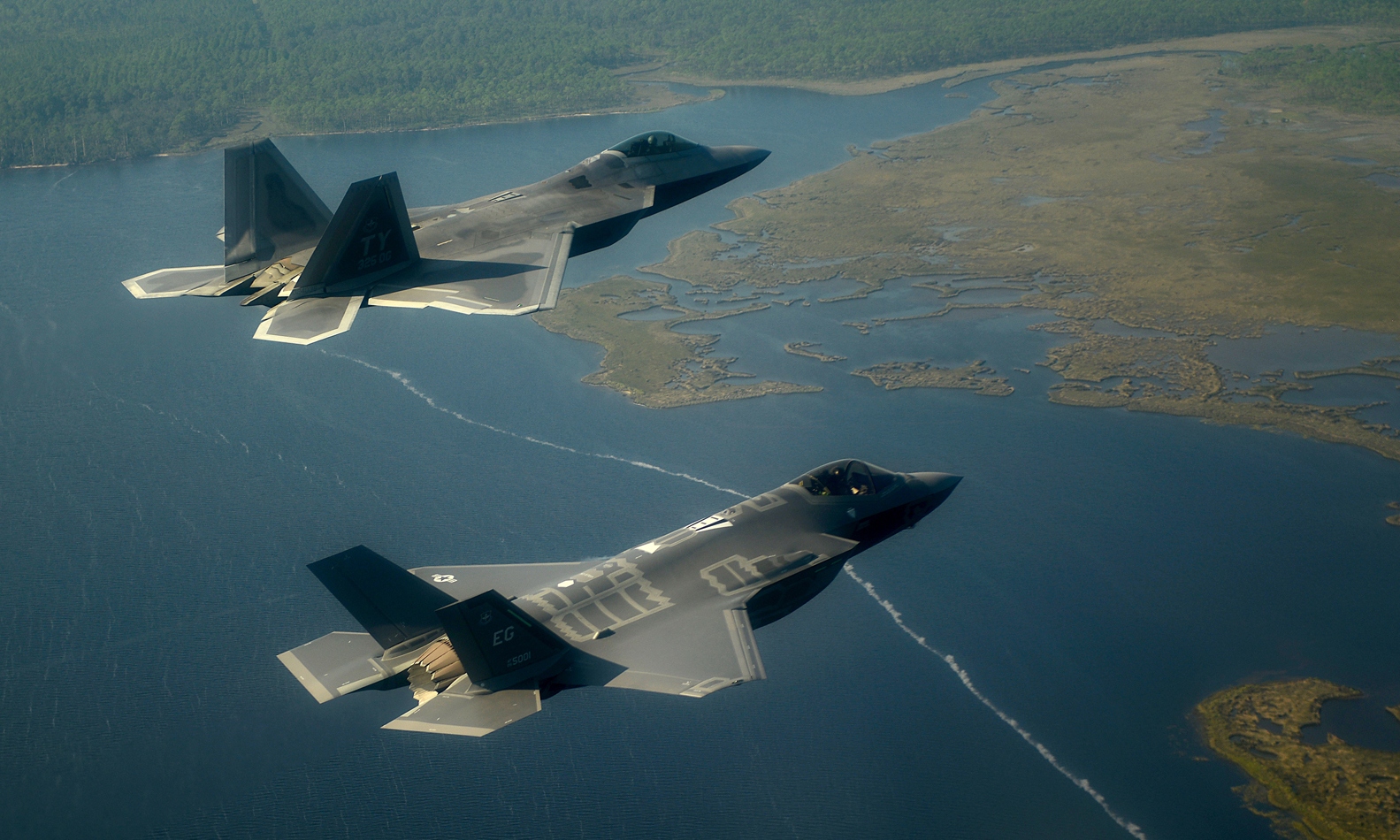 ❝ With the F-22 Raptor and the F-35 Lightning II, the U.S. has fielded two of the world’s most sophisticated, maneuverable and stealthy fighter jets. They both function as airborne shepherds of America’s flock of older combat aircraft, using their state-of-the-art systems to communicate threats and targets on the ground and in the air.

Unfortunately, they have a difficult time communicating with each other…

❝ In a recent story on the situation, Air Force Magazine likened U.S. combat communications among the various aircraft to “a kind of Tower of Babel.” And the necessary modifications haven’t been fast in coming. “There’s a lot of improvements that could have been done and should have been done 15 years ago,” said David Rockwell, a senior defense electronics analyst with Teal Group. “The Air Force postponed a lot of things for [the] F-22.”

What’s another few billion$ parceled out to outfitters to the military-industrial complex? You can I can afford it. Or not. Congress and the Pentagon don’t care.

First Trump came for the women
And I did not speak out
Because I was not a woman.

Then Trump came for the people with disabilities
And I did not speak out
Because I did not have a disability.

Then Trump came for the Mexicans
And I did not speak out
Because I was not Mexican.

Then Trump came for the Muslims
And I did not speak out
Because I was not Muslim.

Then Trump came for the gay, bi, and trans people
And I did not speak out
Because I was not gay, bi or trans.*

Then Trump came for the Jews
And I did not speak out
Because I was not a Jew.**

Then Trump came for the journalists
And I did not speak out
Because I was not a journalist.***

Then Trump came for the judges
And I did not speak out
Because I was not a judge.

And now Trump is coming for the Constitution of the United States
And if I do not speak out, what am I?

RTFA for the why and how Lichfield came to write this adaptation of Martin Niemöller’s sad, but, true, lament for all the “Good Germans” who said and did nothing during the rise of Hitler and Naziism.

Many groups have claimed that the NSA’s surveillance program is an unconstitutional violation of privacy. But a different type of challenge is growing teeth. Led by civil liberties group the Electronic Frontier Foundation, more than 20 organizations, with interests ranging from marijuana to guns, are currently suing the federal government. They believe the NSA surveillance program has a chilling effect on speech, thus violating the First Amendment.

…the PEN American Center, a group that defends free expression and human rights, managed to get a sense of its scope. Of the more than 500 writers they surveyed, one in six said they had avoided writing or speaking about a certain topic, and almost one in four reported that they had self-censored via e-mail or on the phone.

In the survey, which was conducted online by the public opinion research firm the FDR Group, writers expressed wariness about researching and writing on national security, the Middle East, the drug wars, liberal organizing like the Occupy movement, and child abuse and child pornography. Sixteen percent of survey respondents said they refrained from conducting Internet searches or visiting websites on topics that may be considered controversial or suspect…

“I think people were afraid that something would put them on a watch list, impede their ability to travel,” Suzanne Nossel, the executive director of the PEN American Center, told America Tonight. “Writers who have an immigration status that gets reviewed periodically on some occasions expressed concern.”

One PEN member described undergoing two special security searches on the U.S.-Mexico border last summer, and discovering that he or she (the respondents were anonymous) was on a government list. The member believes it’s because of an essay he or she wrote about finding a poem on a Libyan Jihad website, and seeing how its message “might be a comfort to jihadists…”

By far the greatest concern, however, was about communicating with sources abroad. Thirty-nine percent reported they thought it was “very likely” that a phone call made to a region of the world known to be hostile to the U.S. would be recorded.

…Americans care a whole lot about freedom. In fact, if any value could be called the country’s core, freedom of speech would probably win. And – “the uber-users of free expression,” as Nossel puts it — the authors, the journalists – are especially concerned about the NSA’s reach. Sixty-six percent of PEN’s survey respondents disapprove of the NSA’s surveillance apparatus…

Freedom of speech is also a powerfully bipartisan rallying cry. In June, the American Civil Liberties Union filed suit against the NSA, claiming the mass collection of phone records undermined both privacy and freedom of association. In September, the NRA filed a legal brief in support, expressing its concern that the NSA could track its members, potential members and supporters, “potentially chilling their willingness to communicate with the NRA.”

“In some ways, it doesn’t matter how many members it is. Once it’s one person, it’s unconstitutional.”

The games these creeps play are endlessly devious and corrupt. One of their favorites I became accustomed to – once the FBI learned I wouldn’t provide them info on folks opposing the VietNam War – they’d go to less experienced, newer, younger activists to ask questions about my activities. They made it seem as threatening as they could to me; but, the intent was to intimidate those just starting to question the Establishment.

The tactic often had the desired effect on young folks just setting out on a career and trying to bring their conscience along with them.

Over the last few years, the government of Canada — led by Stephen Harper — has made it harder and harder for publicly financed scientists to communicate with the public and with other scientists.

It began badly enough in 2008 when scientists working for Environment Canada, the federal agency, were told to refer all queries to departmental communications officers. Now the government is doing all it can to monitor and restrict the flow of scientific information, especially concerning research into climate change, fisheries and anything to do with the Alberta tar sands — source of the diluted bitumen that would flow through the controversial Keystone XL pipeline. Journalists find themselves unable to reach government scientists; the scientists themselves have organized public protests.

There was trouble of this kind here in the George W. Bush years, when scientists were asked to toe the party line on climate policy and endangered species. But nothing came close to what is being done in Canada.

Science is the gathering of hypotheses and the endless testing of them. It involves checking and double-checking, self-criticism and a willingness to overturn even fundamental assumptions if they prove to be wrong. But none of this can happen without open communication among scientists. This is more than an attack on academic freedom. It is an attempt to guarantee public ignorance.

It is also designed to make sure that nothing gets in the way of the northern resource rush — the feverish effort to mine the earth and the ocean with little regard for environmental consequences. The Harper policy seems designed to make sure that the tar sands project proceeds quietly, with no surprises, no bad news, no alarms from government scientists. To all the other kinds of pollution the tar sands will yield, we must now add another: the degradation of vital streams of research and information.

The rally, particularly huge in a nation of fewer than five million people, took place hours after Anders Behring Breivik appeared in a closed court charged with the murders.

The rose is the symbol of the Norwegian Labour party, whose youth camp members were cut down in Breivik’s gun rampage on Utoya island on Friday.

Prime minister Jens Stoltenberg told the crowd: ‘We will not let fear break us. The warmth of response from people in Norway and from the whole world makes me sure of this one thing – evil can kill a single person but never defeat a whole people…’

Earlier, a scheduled minute’s silence stretched on for five minutes in Oslo, while similar tributes were held not only across the country but in neighbouring Sweden and Denmark. Flags flew at half-mast across the capital, where a sea of bouquets is growing around the cathedral.

Mechanic Sven-Erik Fredheim, 36, said: ‘This is a tragic event to see all these young people dying due to one man’s craziness.

‘It is important to have this minute of silence so that all the victims and the parents of the families know that people are thinking about them.’

The turnout was so great the scheduled “march” had to be canceled. The whole of downtown Oslo was already filled with mourners leaving no room for a march route.