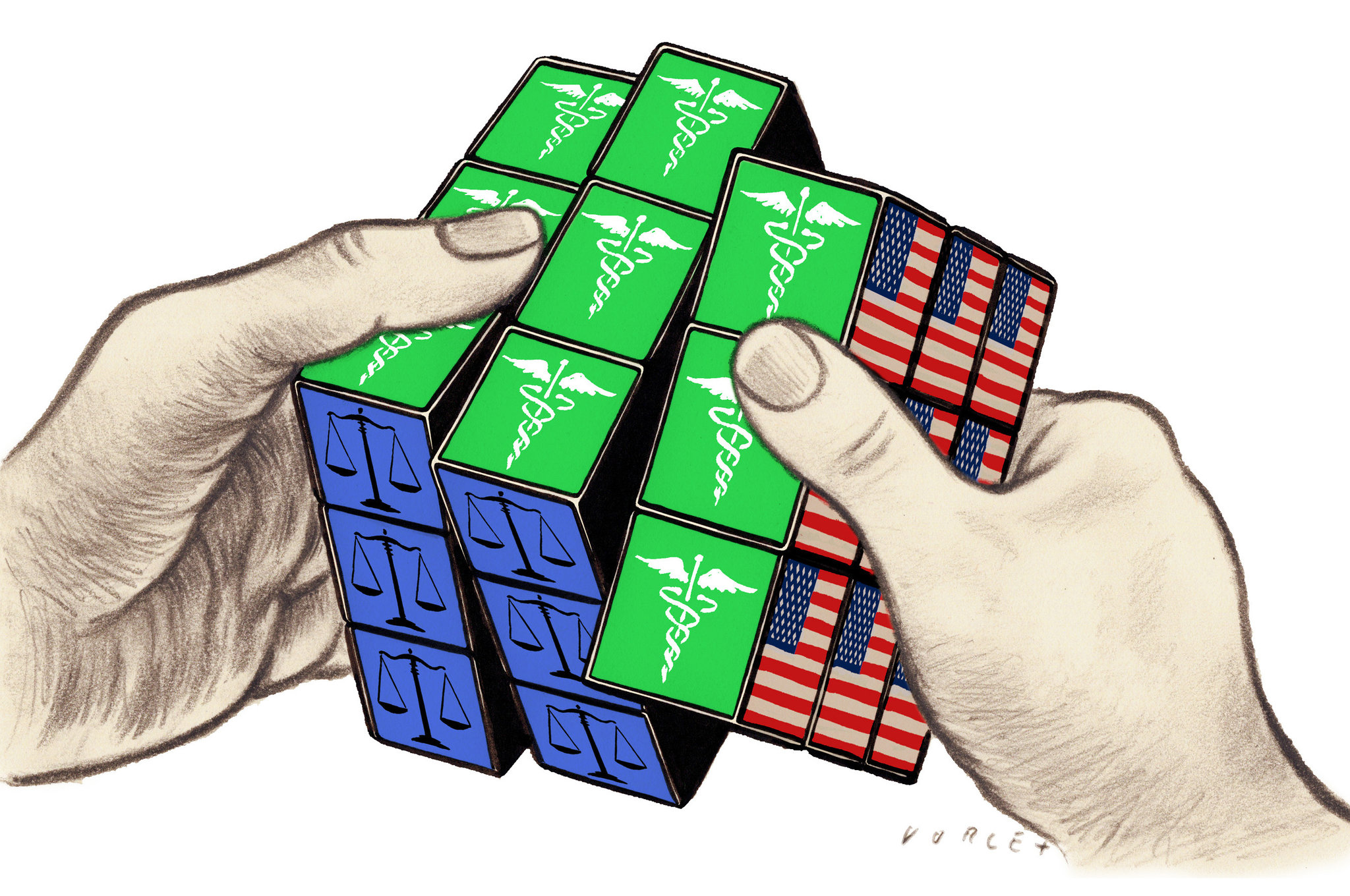 ❝ Lingering uncertainty about the fate of the Affordable Care Act has spurred the California legislature to consider adoption of a statewide single-payer health care system.

Sometimes described as Medicare for all, single-payer is a system in which a public agency handles health care financing while the delivery of care remains largely in private hands.

❝ Voters need to understand that this cost objection is specious. That’s because, as experience in many countries has demonstrated, the total cost of providing health coverage under the single-payer approach is actually substantially lower than under the current system in the United States. It is a bedrock economic principle that if we can find a way to do something more efficiently, it’s possible for everyone to come out ahead.

❝ By analogy, suppose that your state’s government took over road maintenance from the county governments within it, in the process reducing total maintenance costs by 30 percent. Your state taxes would obviously have to go up under this arrangement.

But if roads would be as well maintained as before, would that be a reason to oppose the move? Clearly not, since the resulting cost savings would reduce your county taxes by more than your state taxes went up. Likewise, it makes no sense to oppose single-payer on the grounds that it would require additional tax revenue. In each case, the resulting gains in efficiency would leave you with greater effective purchasing power than before.

❝ Total costs are lower under single-payer systems for several reasons. One is that administrative costs average only about 2 percent of total expenses under a single-payer program like Medicare, less than one-sixth the corresponding percentage for many private insurers. Single-payer systems also spend virtually nothing on competitive advertising, which can account for more than 15 percent of total expenses for private insurers.

The most important source of cost savings under single-payer is that large government entities are able to negotiate much more favorable terms with service providers. In 2012, for example, the average cost of coronary bypass surgery was more than $73,000 in the United States but less than $23,000 in France.

Although Republicans and Conservative Democrats have blocked civilians from the opportunity – so far – the essential benefit that produces lower cost insurance for our military and military veterans is just such negotiations.

Liars lie. That’s what they are paid to do. From Congressional politicians down to their state-level peers, media hacks, foundations chartered by conservative dollar$ – earn a significant chunk of their payola providing lies about the cost of universals insurance, class-conscious education, policing responsive to the needs of citizens instead of gun lobbies. No doubt, anyone thoughtful enough to look at lobbying practices in the United States can add to the list.

Yes, all those countries paying a lot less than Americans for their healthcare mostly have what American pundits now call “single-payer” health insurance coverage. Mostly, those countries call it a National Health Service and have no hangups over discussing socialized medicine. Since we live in the land that invented McCarthyism and took over the Big Lie after Hitler and Goebbels were shut down, you won’t hear those terms except as a pejorative from Republicans…the right-wing half of our TweedleDeeDumb political parties.

In a 15-year study of older Medicare patients, Yale School of Medicine researchers saw an estimated 20% drop in mortality, about 30% fewer hospitalizations, and 40% reduction in deaths after hospitalization…

Published in the July 28 JAMA theme issue on Medicare and Medicaid at 50, the study took a comprehensive look at national trends in mortality, hospitalizations, outcomes, and expenditures from all causes from 1999 to 2013. The team, from the Center for Outcomes Research and Evaluation at Yale-New Haven Hospital, analyzed data on 68,374,904 Medicare recipients 65 years of age or older from key demographic groups and geographic areas.

“We are in the midst of a remarkable era of improvements in health and health care in America,” said lead author Harlan M. Krumholz, M.D….co-director of the Clinical Scholars Program. “This decline represents millions of hospitalizations averted and hundreds of thousands of deaths delayed.”

“The news should give us reassurance about our current efforts, but not make us complacent. We should seek to continue our advances in technology, health behaviors and policies, and quality of care — and seek to continue this remarkable trend,” Krumholz added.

Krumholz and his team also found that the total number of hospitalizations for major surgery decreased over the course of the study. The average length of time spent in the hospital declined from 5 to 4 days, and the average inpatient costs per Medicare fee-for-service recipient declined from $3,290 to $2,801. The findings were consistent across geographic and demographic groups.

Now, imagine how much better this good news might be – if we kicked whiners and ideologues out of Congress and concentrated on solid science, best administrative practices and took as the single goal improving health and healthcare for all Americans.

That would really be good news.

In 2004, I’d just finished a novel and by way of celebration had taken my family for an extended visit to Australia, where I was born and raised.

I didn’t expect that trip to save my life. But I’m convinced it did, because of Australia’s “socialized” medicine.

I retreat to my garret when I write a novel, especially toward the end. I stop going anyplace, wear sweat pants all day, neglect personal grooming. Back in the Sydney neighborhood where I’d lived for many years, I was re-entering the civilized world, and was on the way to a salon for an overdue haircut when I passed the BreastScreen van, parked in the main street.

This mobile service offers free mammograms, no appointment necessary. It wasn’t until I saw that van that I realized a mammogram was one of the things I’d forgotten to do. I was a year overdue, according to the guidelines for women my age, so I stepped into the van, got squished and zapped by a pleasantly efficient technician, who told me a radiologists’ report would be mailed out in a week or so.

Two weeks later, I was in a Sydney hospital, discussing treatment options for my invasive stage II cancer. According to testimony by Senator John Barrasso (R-WY) at last Thursday’s health-care summit, I should have been heading for the airport at that point. Like his unnamed Canadian state premier with the heart condition, I should have been hightailing it to the U.S., to avail myself of “the best health care in the world.”

No thanks, Senator. I elected to stay in Australia. We had ample U.S. insurance; cost wasn’t an issue. I simply wanted to remain in a humane, rational system where doctors treat a person as a patient, not a potential plaintiff, and where the procedures ordered for me were the ones shown by hard science to produce the best outcome for the most people.

Australia adopted universal health care in 1984. Since then, life expectancy for women has increased to 83.5 years from 78.7 (for males to 79.1 from 72.6), while spending on health care has risen less than 1 percent, to 4.4 percent of government outlays (in 2008-09). The scheme is funded by a levy of 1.5 percent on taxable income, and all political parties, even the most conservative, support it.

Geraldine Brooks suggests, you might pass this along to a Republican or some other reactionary.