Taxes and federal funds together account for 81 percent of revenue for the 50 states. Taxes are the largest revenue source in 46 states, while federal funds are greatest in three. But neither is the primary contributor to government coffers in one state: Alaska. This infographic displays a breakdown of each state’s revenue, by major categories.

Here’s a link to the REALLY BIG version of this infographic.

❝ The U.S. Department of Transportation estimates that the nation’s highways and bridges face an $808.2 billion backlog of investment spending, including $479.1 billion in critically needed repairs. More than two-thirds of the nation’s roads and nearly 143,000 bridges are classified in “dire need” of repair or upgrades. U.S. ports are clogged and need dredging to improve the flow of goods; railroad tracks need modernizing; airport communications technology needs updating and expansion; and urban mass transit is old and inadequate. As president, Trump wants to rebuild America’s core…

If you think the whole of these needs or a significant portion will produce a campfire singalong between elite Democrats, Progressive Democrats, Opportunist Democrats, Teapublicans, Trumpublicans, Hoover Republicans, elite Republicans — I might offer you a deal on one of those bridges. In Brooklyn.

❝ Less than 2% of the $26.6 billion collected by states from the tobacco industry settlement or taxes on tobacco products this year will be spent on programs to prevent kids from smoking or help smokers kick the habit, according to an annual report from a coalition of health organizations…

❝ The coalition noted that adult and youth smoking rates continue to decline at an accelerated pace and have fallen to record lows. In 2015, just 15.1% of adults in the U.S. smoked, according to the CDC, compared with 42.4% of adults in 1965.

The analysis, by Michael C. Fiore…credited actions taken by the federal government during the past 8 years for the accelerated pace of the smoking decline.

❝ “It is extremely disheartening to report that year after year, states have the means to bolster tobacco prevention efforts and save lives, but simply choose to divert their settlement funds elsewhere. … We must continue to push lawmakers to right this wrong and do more to protect lives from the dangers of tobacco,” American Heart Association CEO Nancy Brown noted…

During the current fiscal year, $8 billion in state revenues were projected from the landmark tobacco settlement and $18.6 billion from tobacco taxes.

The theft and abuse of income is truly bipartisan. An historic example of why so many Americans find little of interest from the two old parties at election time. Why should we get excited over progressive promises, creative solutions, from politicians with a history of turning their collective backs on the promises they make to voters.

An adviser to Donald Trump on Tuesday offered a new explanation for why a portrait of Trump — paid for by the Republican nominee’s charitable foundation — wound up on display at a Trump-owned golf resort in Florida.

Trump, the adviser said, was actually doing his charity a favor, by “storing” its painting on the wall of a bar at Trump National Doral, outside Miami…

MSNBC’s Hallie Jackson pressed Boris Epshteyn. Was he really talking about the $10,000 portrait that was recently discovered — by an Univision journalist — at the Champions Bar and Grill? “You’re telling me that that is storage, for Mr. Trump?” Jackson.

“Right, of course, he’s doing a good thing for his foundation,” Epshteyn said.

That appeared to be the first time that anyone connected to Trump has explained the rationale behind the placement of the portrait, which was discovered by Univision’s Enrique Acevedo last week.

Trump bought the painting at a charity auction in 2014, with a winning bid of $10,000. Later, he paid with a check from the Donald J. Trump Foundation — a small charity, whose tax records show no personal donations from Trump himself since 2008.

By law, tax experts said, the portrait then belonged to the Trump Foundation, and Trump was required to find a charitable use for it. If he did not, Trump risked violating laws against “self-dealing,” which prohibit leaders of nonprofit groups from using their charities’ money to buy things for themselves or their businesses.

Tax experts were not impressed by this reasoning.

“It’s hard to make an IRS auditor laugh,” Brett Kappel, a lawyer who advises nonprofit groups at the Akerman firm, said in an email. “But this would do it.”

I’m confounded by Trumpkins who say they’re looking for a champion to fight against government lies and corruption – and they choose one of the most corrupt pigs slopping at the corporate real estate trough in the whole nation.

❝ After decades of thriving in legally hazy backyards and basements, California’s most notorious crop, marijuana, is emerging from the underground into a decidedly capitalist era.

Under a new state law, marijuana businesses will be allowed to turn a profit — which has been forbidden since 1996, when California became the first state to legalize medical cannabis — and limits on the number of plants farmers can grow will be eliminated.

❝ The opening of the marijuana industry here to corporate dollars has caused a mad scramble, with out-of-state investors, cannabis retailers and financially struggling municipalities all racing to grab a piece of what is effectively a new industry in California: legalized, large-scale marijuana farming.

❝ Twenty-three states allow some form of legal marijuana, and up to 20 will consider ballot measures this year to further ease restrictions.

Legalization brings jobs and tax revenue to a state. I’m not surprised when some states with an old dope-smoking culture still drag their feet. Face it. Even stoner politicians from either of the two old parties are chickenhearted when it comes to challenging the folkways of church and 14th Century morality – no matter how out-of-date and useless.

But, as the wave of good sense sweeps across a nation sparked by a couple new generations of education and backbone – encouraged by a Great Recession the old politicians rolled over for – change has to come to social behavior whether Liberals approve or Conservatives whine.

RTFA for lots of detail. Some of it silly and irrelevant, of course. 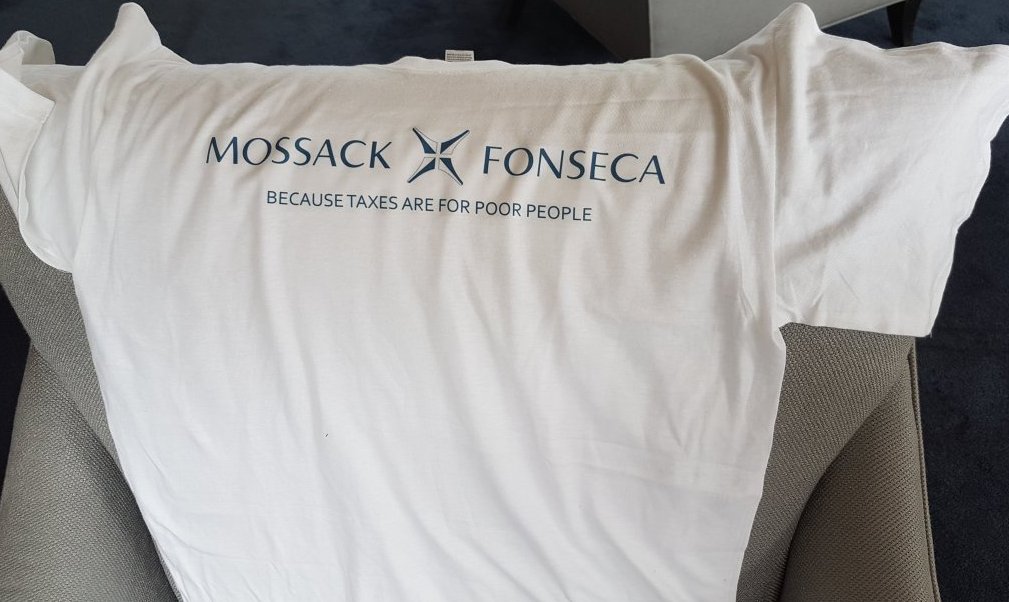 ❝ Jailed Nevada rancher Cliven Bundy refused Thursday to acknowledge federal authority and declined to enter a plea to federal charges that he led an armed standoff against a round-up of cattle two years ago.

After several minutes of confusion about whether Bundy had a lawyer, U.S. Magistrate Judge Carl Hoffman entered a not guilty plea on Bundy’s behalf and scheduled a detention hearing March 17.

Arguments then will focus on whether the 69-year-old Bundy should remain in custody pending trial on 16 charges, including conspiracy, assault and threatening a federal officer, obstruction and firearms offenses.

❝ Joel Hansen, a Nevada attorney who has represented property rights advocates in a number of cases in the state, served as Bundy’s attorney…Hansen said Bundy’s refusal to enter a plea was a statement that he couldn’t have done anything wrong because federal law doesn’t apply.

Bundy has consistently denied U.S. government authority over rangeland around his 160-acre cattle ranch and melon farm in Bunkerville, about 80 miles northeast of Las Vegas.

Federal BLM officials said in 2014 that he owed more than $1.1 million in fees and penalties for grazing hundreds of cows illegally for about 20 years…

All functional questions regarding taxation by a republican federal government were settled over 150 years ago. Details and challenges come forward every now and then; but, the essentials are settled.

You live in this country you are subject to its laws. Like many others I’ve challenged what I felt were unjust laws – including outside the confines of jurisprudence. Since I was confronting racist laws and bigoted judicial systems in segregated states, I agreed that the protocols of non-violent confrontation, non-violent resistance were best. At the same time I supported our right to armed self-defence.

Little or nothing the Bundy militia creeps has done in their cause ever fit within those definitions. Anarchy gets no support here. Refusing to pay your taxes because you’re a greedy self-centered cattle rancher doesn’t impress either. 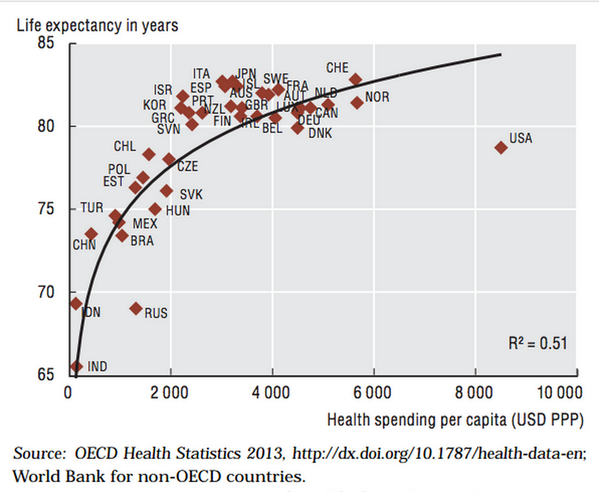 Just one of life’s fragile qualities

The American middle class, long the most affluent in the world, has lost that distinction.

While the wealthiest Americans are outpacing many of their global peers, a New York Times analysis shows that across the lower- and middle-income tiers, citizens of other advanced countries have received considerably larger raises over the last three decades.

After-tax middle-class incomes in Canada — substantially behind in 2000 — now appear to be higher than in the United States. The poor in much of Europe earn more than poor Americans.

The numbers, based on surveys conducted over the past 35 years, offer some of the most detailed publicly available comparisons for different income groups in different countries over time. They suggest that most American families are paying a steep price for high and rising income inequality.

Although economic growth in the United States continues to be as strong as in many other countries, or stronger, a small percentage of American households is fully benefiting from it. Median income in Canada pulled into a tie with median United States income in 2010 and has most likely surpassed it since then. Median incomes in Western European countries still trail those in the United States, but the gap in several — including Britain, the Netherlands and Sweden — is much smaller than it was a decade ago…

The struggles of the poor in the United States are even starker than those of the middle class. A family at the 20th percentile of the income distribution in this country makes significantly less money than a similar family in Canada, Sweden, Norway, Finland or the Netherlands. Thirty-five years ago, the reverse was true.

…The most commonly cited economic statistics — such as per capita gross domestic product — continue to show that the United States has maintained its lead as the world’s richest large country. But those numbers are averages, which do not capture the distribution of income. With a big share of recent income gains in this country flowing to a relatively small slice of high-earning households, most Americans are not keeping pace with their counterparts around the world.

RTFA for up-close-and-personal examples of family life ranging from Sweden to Canada. Consider the reality of family income coupled with social benefits provided by tax dollars — instead of the world’s biggest standing army and military bases distributed around the world to protect corporate wealth.