❝ In 1960, Joan Levin, 15, took a test that turned out to be the largest survey of American teenagers ever conducted. It took two-and-a-half days to administer and included 440,000 students from 1,353 public, private and parochial high schools across the country — including Parkville Senior High School in Parkville, Md., where she was a student.

“We knew at the time that they were going to follow up for a long time,” Levin said — but she thought that meant about 20 years.

❝ Fifty-eight years later, the answers she and her peers gave are still being used by researchers — most recently in the fight against Alzheimer’s disease. A study released this month found that subjects who did well on test questions as teenagers had a lower incidence of Alzheimer’s and related dementias in their 60s and 70s than those who scored poorly.

A worthwhile read. I have my own opinions. They probably fit in here somewhere with the work and analysis of these researchers. Like Jeff Bezos, my concern goes all the way into pre-school education.

❝ California doesn’t yet have rules in place governing the testing of autonomous heavy trucks over 10,000 pounds, while light-duty vehicles have been tested there for a few years. California DMV is working with California Highway Patrol on writing rules governing semi-trucks that need to be tested as autonomous vehicles before they’re legally allowed free access to roads.

Nevada has all vehicle types and weights covered, but Tesla hasn’t taken any formal action on it yet. The automaker will need to get a self-driving vehicle testing license in the state, but hasn’t done so yet according to a Nevada spokesperson…

❝ Since October, Tesla has been adding fully autonomous functions to all Model S and Model X units being built, and announced that the new technology would later be applied to the Model 3. The company will have to wait until government officials approve operation of fully autonomous vehicles before those automated functions can be activated.

I’m ready and waiting. At least for a new pickup. 🙂 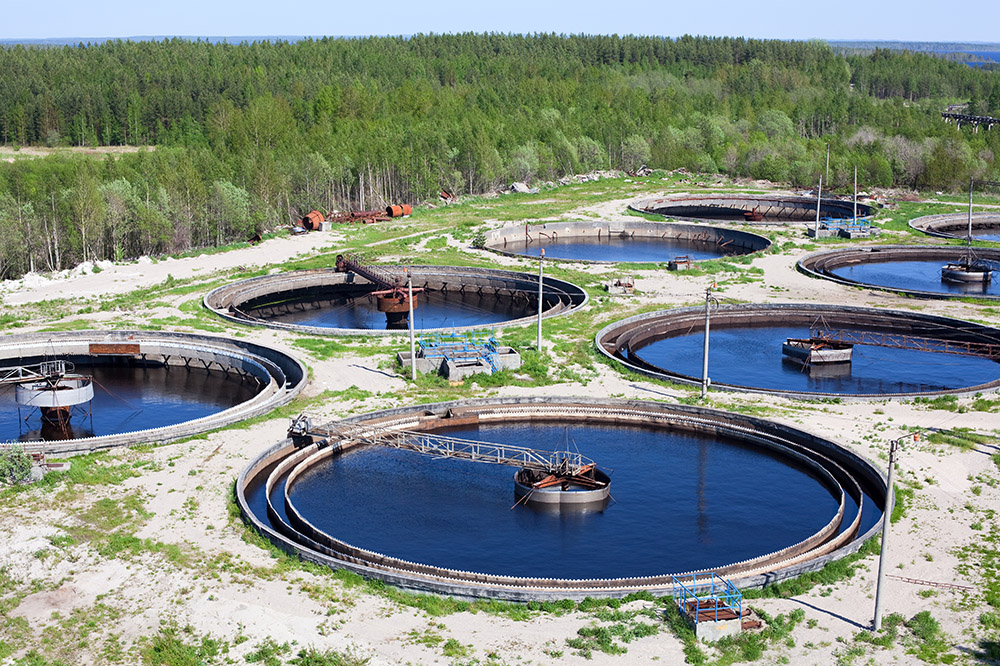 ❝ Nearly every drug you snort, inject, smoke, butt-plug, vaporize or freebase eventually ends up back in the water supply via your excrement. The fish love it—well, maybe not the ones mutating from it. But apparently crabs and trout aren’t the only ones sifting through your waste.

Across the globe, researchers at wastewater treatment plants are testing for psychoactive substances passed by drug users through their feces and urine. The data can be incredibly valuable, letting scientists and law enforcement quickly track drug use trends and identify new substances on the market. It can also measure the impact of drug policy strategies, even highlight which days of the week drug use spikes (cocaine on the weekends, anyone?).

But with this research comes some ethical entanglements. Testing waste could help anticipate the sharp rise in carfentanil or fentanyl overdoses, for example, by detecting the drug in sewage. But the same strategies can be used to stigmatize against certain populations, and as we’ve seen with the War on Drugs in the US, this could have lasting consequences for those communities.

❝ The ability to work upstream to find individual drug users is available to law enforcement, if they choose—for now, such a narrow focus is too costly to be worth it…

In the meantime, it has been suggested police use wastewater data to “guide decisions at strategic and/or operational levels” or “assess the market share held by criminal groups.”

Mr. Holier-than-thou has made it clear he doesn’t approve of legalizing cannabis. His soon-to-be Attorney General is even more backwards prattling 1930’s monologues about weed as a gateway drug. So, keep on eye on what new official government vehicles show up at your local sewer plant. They may be testing for more than coliform bacteria.

❝ Carmaking giants and ride-sharing upstarts racing to put autonomous vehicles on the road are dead set on replacing drivers, and that includes truckers. Trucks without human hands at the wheel could be on American roads within a decade, say analysts and industry executives.

At risk is one of the most common jobs in many states, and one of the last remaining careers that offer middle-class pay to those without a college degree. There are 1.7 million truckers in America, and another 1.7 million drivers of taxis, buses and delivery vehicles. That compares with 4.1 million construction workers.

❝ While factory jobs have gushed out of the country over the last decade, trucking has grown and pay has risen. Truckers make $42,500 per year on average, putting them firmly in the middle class.

❝ On Sept. 20, the Obama administration put its weight behind automated driving, for the first time releasing federal guidelines for the systems. About a dozen states already created laws that allow for the testing of self-driving vehicles. But the federal government, through the National Highway Traffic Safety Administration, will ultimately have to set rules to safely accommodate 80,000-pound autonomous trucks on U.S. highways.

In doing so, the feds have placed a bet that driverless cars and trucks will save lives. But autonomous big rigs, taxis and Ubers also promise to lower the cost of travel and transporting goods…

❝ Trucking will likely be the first type of driving to be fully automated – meaning there’s no one at the wheel. One reason is that long-haul big rigs spend most of their time on highways, which are the easiest roads to navigate without human intervention.

But there’s also a sweeter financial incentive for automating trucks. Trucking is a $700-billion industry, in which a third of costs go to compensating drivers.

Decent, well-written article. You should read it. In most states, the number 1 or number 2 job category is truck driving. Probably half of those drivers are working over-the-road. Gonna be a lot of unhappy unemployed truck drivers, say, before the 2028 presidential elections.

Gee, a good thing the Cold War didn’t really cause any damage or produce lasting effects.

❝ A food company recently issued a recall of hot dogs and corn dogs after its facility tested positive for Listeria.

On July 19, Oklahoma’s Bar-S Foods Co. issued a recall of more than 370,000 pounds of chicken and pork hot dogs and corn dogs. Bar-S Foods made the decision after multiple samples taken throughout its facility tested positive for Listeria. As of July 22, no illnesses have been linked to its hot dogs.

❝ This is a prevention-based food safety approach in action. When routine tests of the facility environment suggested that the hot dogs might be contaminated, Bar-S Foods made immediate and decisive moves to protect consumers. The company’s response was consistent with the comprehensive guidance for controlling Listeria issued by the U.S. Department of Agriculture’s Food Safety and Inspection Service. FSIS regulates meat, poultry, and egg products — approximately 20 percent of the U.S. food supply. In addition to regulations, the agency publishes guidance documents such as the one addressing Listeria, which spells out what concrete steps for companies should take to test for Listeria contamination and what they should do if they find it.

❝ Enforcement of FDA’s preventive controls rule — mandated by the FDA Food Safety Modernization Act — will begin in September. These prevention-based regulations require that processing facilities under FDA’s purview develop a food safety plan that identifies hazards, requires measures to minimize them, and establishes procedures to monitor the hazards, correcting them if they prove ineffective. Moreover, FDA’s regulations indicate that environmental testing for a pathogen such as Listeria monocytogenes or an indicator organism, such as Listeria species, should be done if contamination of a ready-to-eat food by this pathogen is likely.

Beyond the preventive controls rule, however, FDA should follow the example of FSIS and provide the food companies it regulates with information on when and how to sample and test ready-to-eat products and processing facilities for Listeria. Such a detailed guidance document would hopefully lead to fewer recalls and outbreaks—the ultimate goal of FSMA.

Hey, it’s only been a century or so since regulatory oversight for the American food industry was proposed. You just can’t rush into policies that save lives. Profits come first.

The so-called white-hat hackers were turned loose on five public Pentagon internet pages and were offered various bounties if they could find unique vulnerabilities. The Pentagon says 1,410 hackers participated in the challenge and the first gap was identified just 13 minutes after the hunt began.

Overall, they found 1,189 vulnerabilities, but a review by the Pentagon determined that only 138 were valid and unique.

❝ The experiment cost $150,000. Of that, about half was paid out to the hackers as bounties, including one who received the maximum prize of $15,000 for submitting a number of security gaps. Others received varying amounts, to as low as $100.

“These are ones we weren’t aware of, and now we have the opportunity to fix them. And again, it’s a lot better than either hiring somebody to do that for you, or finding out the hard way,” said Defense Secretary Ash Carter…

❝ Called “Hack the Pentagon,” the program will be followed by a series of initiatives, including a process that will allow anyone who finds a security gap in Defense Department systems to report it without fear of prosecution. The department will also expand the bounty program to the military services and encourage contractors to allow similar scrutiny.

Which is why beta-testing is always needed. No matter the skill of code-designers, software engineers, product has to be opened to testing in a wider arena than anything available in-house. And, then – pay attention to what happens after that.

Always something to be discovered. Hopefully, by someone wearing a white hat.

Revelations that as many as 11 million Volkswagen cars have been cheating on their emissions tests have become big news this week. But the research that demonstrated that VW’s diesel vehicles were generating excessive pollution has been publicly available for more than a year — ever since a team at West Virginia University published their findings in the spring of 2014.

Volkswagen reportedly programmed its vehicles to behave differently during emissions testing than in real-world driving conditions. To detect this, the West Virginia researchers developed a method for measuring a vehicle’s emissions performance as it drove down the highway…

This equipment rode around in the back of the vehicles they were testing, collecting gas from the exhaust pipe and analyzing it. The gear included an onboard generator, to make sure that the power demands of the testing equipment didn’t change the performance of the engine.

Then they drove the vehicles up and down the West Coast, testing their performance in a variety of real-world driving conditions, from city streets to mountain roads. They found that one of the vehicles they tested (we now know it was a VW Jetta) was emitting 15 to 35 times the legal limit of nitrous oxide, while another (a VW Passat) was emitting five to 20 times the limit.

At this point, the researchers didn’t know why the cars were emitting so much pollution. But when they presented their results at a 2014 conference in San Diego, there were EPA officials in the audience. They picked up the investigation from there and eventually forced Volkswagen to admit that they had programmed the vehicles to cheat on emissions tests.

Gotta love all the directions capable of basic science. Catching corporate crooks is just one avenue – but, surely, important enough to deserve applause from ordinary consumers, recognition from bureaucrats who didn’t catch on to the crime until these folks at WVU pointed out discrepancies.