…and moneygrubbing conservatives are in charge! 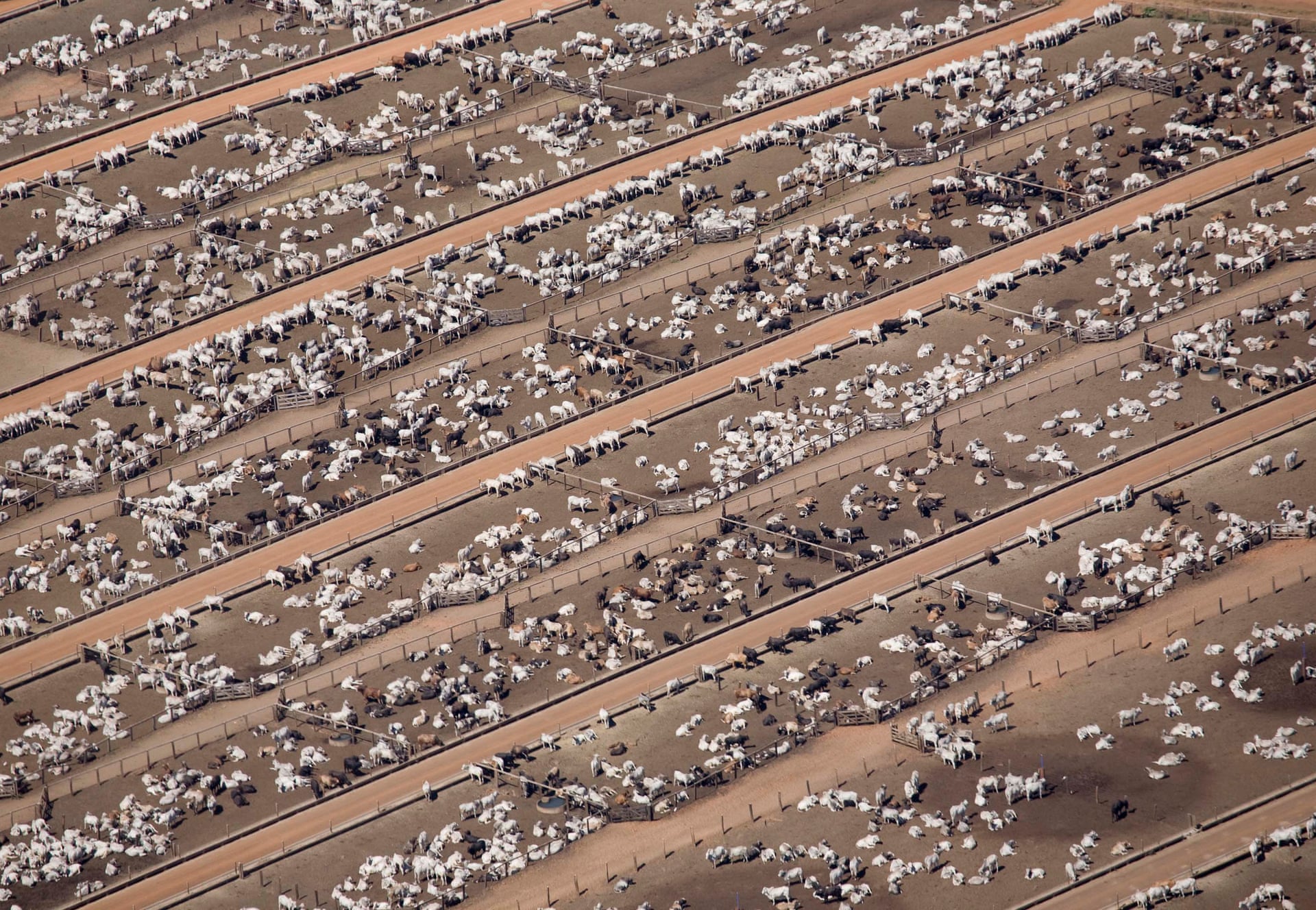 ❝ Of course, all our plastic crap ends up in the Arctic.

❝ The Arctic, in our popular imagination, is a frozen expanse teetering figuratively and literally on the edges of human culture. It remains primal and wild and unsullied by human contagions…

The Arctic, as a physical place, is directly connected to the same ecosystems that we humans are polluting closer to home. It’s foolish to think that harming one part of a connected ecosystem doesn’t harm the others, as a study released on Wednesday in the journal Science Advances makes clear. The study found that even in the remote Arctic we can’t escape the megatons of plastic waste humanity unleashes upon the world…

❝ Plastic in the world’s oceans has been a growing concern since at least 1997 when Charles Moore stumbled across the Great Pacific Garbage patch as he crossed the Pacific after competing in the Transpacific Yacht Race. Today we know that there are at least six main garbage patches filled with plastic plaguing the seas. By some estimates as much as 300,000 tons of plastics are in the world’s oceans…

❝ Plastic in the ocean isn’t just unsightly. In fact, the plastic debris that we see is less of a problem than the plastic that is too small to see easily. That’s because plastic never biodegrades. It doesn’t revert back to its molecular elements the way other materials do.

Given enough time a leaf laying on the soil floor will be eaten by bugs and microbes to become soil that once again provides the tree with nourishment. Given enough time plastic will become a smaller piece of plastic. That’s it – this stuff never goes away. Eventually, after being buffeted about by sun and salt water, it becomes small enough that sea animals confuse it with morsels of food such as seaweed, or plankton. A 2015 study found that roughly 20 percent of small fish have plastic in their bellies. Researchers have also found that some northern fulmar’s, a sea bird that hangs out mostly in the subarctic, have elevated levels of ingested plastic. Plastic it seems, is not just an occasional snack, but a steady part of their diets. Tasty.

Most societies, most governments – which you might think would know better – still think of oceans as an open sewer. You can throw any of your society’s debris in and it will somehow disappear.

I am the 15-year-old (now 16) who was the victim of Anthony Weiner. I now add you to the list of people who have victimized me. I told my story originally to protect other young girls that might be a victim of online predators.

Your letter to Congress has now brought this whole matter back into the media spotlight. Not even 10 minutes after being forensically interviewed with the FBI for seven hours, I received a phone call from a REPORTER asking for a statement. Why didn’t you communicate with the local FBI agents that I had just spoken to? They could have scheduled our interview sooner or scheduled a time to interview me later, or change locations of the interview. My neighborhood has been canvassed by reporters asking for details about me.

In your letter, you chose to use a vague approach, meaning the media had to keep searching to try and find out what evidence you had uncovered and how. Every media outlet from local to national has contacted me and my family to get my “story.” Why couldn’t your letter have waited until after the election, so I would not have to be the center of attention the last week of the election cycle?

In his “cooperation” with you and with his love of the spotlight, Anthony Weiner has given information that led to the media finding me. You have assisted him in further victimizing me on every news outlet. I can only assume that you saw an opportunity for political propaganda.

I thought your job as FBI Director was to protect me. I thought if I cooperated with your investigation, my identity as a minor would be kept secret. That is no longer the case. My family and I are barraged by reporters’ phone calls and emails. I have been even been blamed in a newspaper for causing Donald Trump to now be leading in some polls and costing Hillary the election.

Anthony Weiner is the abuser. Your letter helped that abuse to continue. How can I rebuild my life when you have made finding out my “story” the goal of every reporter? When I meet with my therapist next time, she will already know what we are going to talk about before I get there by reading Friday, October 28th, 2016’s New York Times article.

I may have been Weiner’s victim, but the real story here is that I am a survivor. I am strong, intelligent, and certain that I will come out from under this nightmare, but it will not be as a result of your doing your job to protect me. I hope that by making my letter to you public, you will think about how your actions affect the victims of the crimes you are investigating. The election is important, yes, but what happened to me and how it makes me feel and how others see me, is much more important. It’s time that the FBI Director puts his victims’ rights above political views.

— Girl that lost her faith in America

P.S. To all reporters: AP, FOX, CBS, NBC, and all other media outlets, please respect my position and stop interrupting my life!

When JFK and LBJ proposed and passed it, Ronald Reagan called Medicare socialism and warned that it would lead to the end of freedom. If Medicare passed, the Gipper said, “… one of these days, you and I are going to spend our sunset years telling our children and our children’s children what it once was like in America when men were free.”

A half-century after Reagan’s dire warning, I suspect most Americans see Medicare — the single-payer health system that covers seniors — as an essential element of our freedom. But not Congressman Ryan, nor many other Republicans. Ryan would end Medicare as we know it, replacing it with a voucher that seniors would take to insurance companies, upon whose tender mercies their lives and health would then depend…

There is no doubt that Mr. Ryan is bright. He is also engaging and charming. But forgive me if I fail to see the courage in a young and privileged man harming the most vulnerable while rewarding the most wealthy. Born to a family whose 125-year-old corporation boasts that it is “one of the nation’s largest site-work contractors,” Mr. Ryan won the genetic lottery. There is no doubt that his great-grandfather worked hard to build that company. But a century and a quarter later, young Mr. Ryan — who estimates his net worth at up to $2.4 million — has no calluses on his hands. Just on his heart.

The question for Republicans is, will they follow Ryan’s plan? The nonpartisan Congressional Budget Office says that under Ryan’s plan, “most elderly people would pay more for their health care than they would under the current Medicare system.”

A lot more. In fact, under Medicare, a 65-year-old would pay just 25% of the total cost of her or his health care coverage.

Under the Ryan Republican plan, that jumps to 68%. (Individuals currently 55 or older would not be affected by the changes.)

If Republicans follow Ryan like lemmings, they should not be surprised when they find they’ve taken a firm step into thin air. Back in 1995, Newt Gingrich virtually assured President Bill Clinton’s re-election by proposing $270 billion in cuts to Medicare…

Clinton’s defense of Medicare was so central to his re-election that the word “Medicare” appears 49 times in his two debates with Sen. Bob Dole…

Medicare – like Social Security – is a single payer system that is run by our federal government at an efficiency rate about 4 times better than the average corporation. The cost of management for either socially-beneficial plan is less than 4% of the operating budget. American corporations think they’re mean and lean if they get down to 16%. Insurance companies? Well, they don’t even pretend to be mean and lean.

Funding either mandate is already covered a decade or so out into the future – if we can keep Republicans from screwing it up. And all any revision need do to guarantee more solvency – is require every American to pay their fair share. No loopholes. No break for the wealthy. A fair share for all and no subsidy for insurance companies.

They don’t need it anymore than do the oil companies.

A conservative Maryland physician elected to Congress on an anti-Obamacare platform surprised fellow freshmen at a Monday orientation session by demanding to know why his government-subsidized health care plan takes a month to kick in.

“He stood up and asked the two ladies who were answering questions why it had to take so long, what he would do without 28 days of health care,” said a congressional staffer who saw the exchange. The benefits session, held behind closed doors, drew about 250 freshman members, staffers and family members to the Capitol Visitors Center auditorium late Monday morning,”…

Harris, a Maryland state senator who works at Johns Hopkins in Baltimore and several hospitals on the Eastern Shore, also told the audience, “This is the only employer I’ve ever worked for where you don’t get coverage the first day you are employed,” his spokeswoman Anna Nix told POLITICO.

Like most of the Tea Party ignoranuses, he cares nothing for the reality of folks who depend on federally managed or mandated healthcare programs for their needs. This egregious prick whines when his professional “rights” are forced into the mold constructed by his political peers.

Imagine how loud he would oink if he had to support his family on an unemployment insurance check?