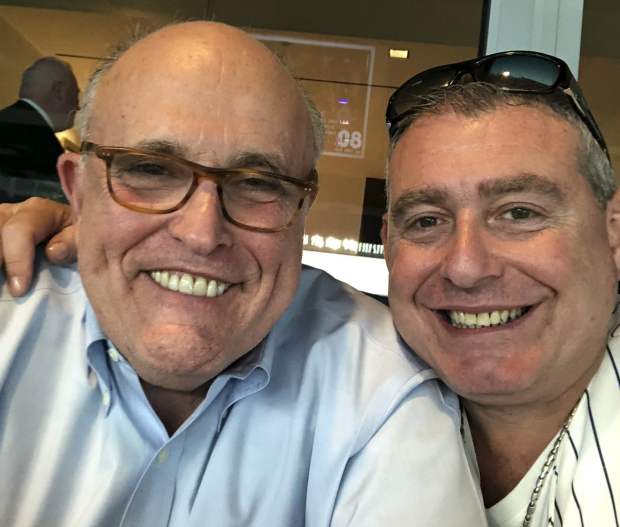 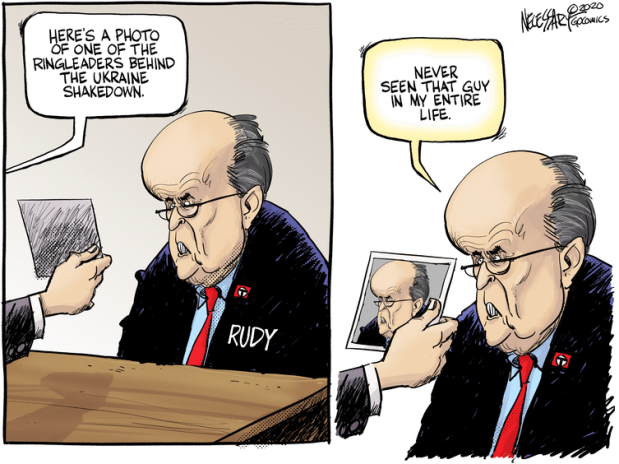 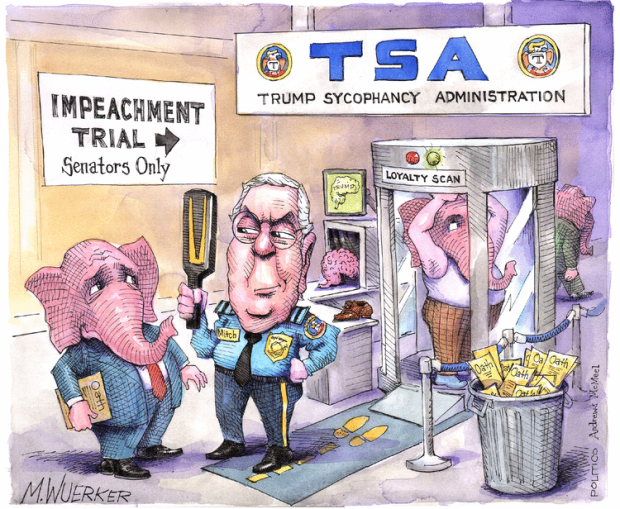 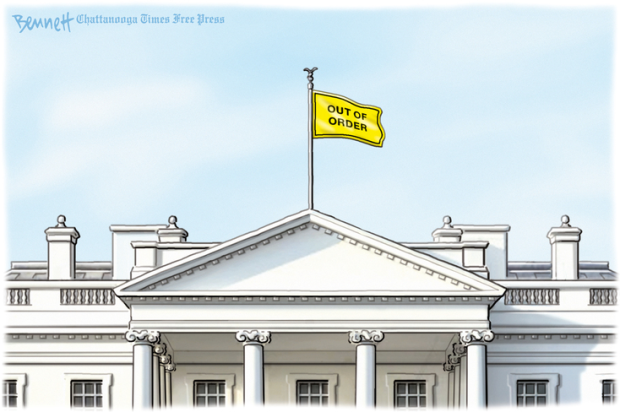 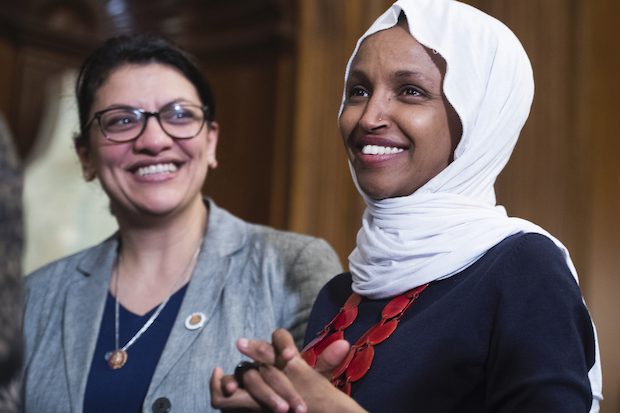 AIPAC, which advocates for a staunch alliance between the US and Israel, has frequently sided with Trump administration policies that have supported Israeli Prime Minister Benjamin Netanyahu’s government, making its opposition especially notable.

Notably conservative, even AIPAC recognizes the bigotry of Trump — some would say unpatriotic use of presidential powers — asking a foreign head of state to deny legislative privileges assigned to elected members of Congress in the course of exercising their responsibilities regardless of party or ideology, religion or color.

Trump couldn’t care less about the traditional dignity and requirements of office. Netanyahu is his lapdog.

Ignore the swine and their mess. Soon, they will be delivered to the library of dust and destruction…remembered only as one vaguely recalls taking out the garbage. 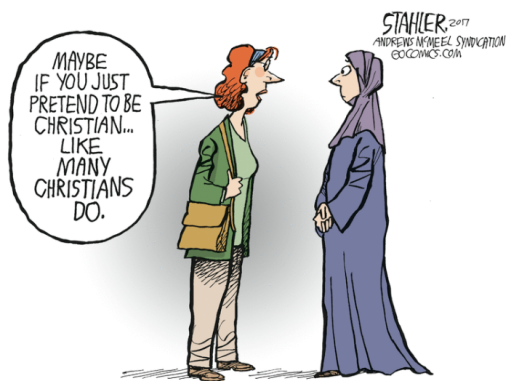 In what may be the worst decision since the infamous Korematsu case, when the Supreme Court upheld the internment of Japanese-Americans during World War II, the court Tuesday by a 5-4 vote upheld President Donald Trump ‘s Muslim travel ban.

Like the Korematsu decision, Trump v. Hawaii elevates legal formalities as a way to avoid addressing what everyone understood is really at issue here — namely, prejudice.

…We might well be celebrating the fact that the Supreme Court had finally and expressly repudiated Korematsu, which it had never fully done before. Instead, Roberts’s declaration reads like a desperate attempt to change the subject.

The truth is that this decision and Korematsu are a pair: Prominent instances where the Supreme Court abdicated its claim to moral leadership.

RTFA. Please! Noah Feldman cuts through the breast-beating of Trump and his peers. Pimps for bigotry.

>❝ “So it has gone from Russia collusion, to a St. Petersburg troll farm, to Stormy Daniels, to Michael Cohen, and now, Sean Hannity?” Gateway Pundit founder Jim Hoft asked rhetorically, reeling from a whirlwind day that began with Cohen, Donald Trump’s personal lawyer, walking into federal court, and ended with the revelation that Cohen claimed Hannity as a client. “Where does it stop and what the hell does this have to do with the Russia collusion?”

>❝ Indeed, anger and stupefaction were the primary emotions on the far right Monday as the media raced to keep apace with a cascade of twists and turns in the Stormy-gate circus…The news had prompted a near-instantaneous meltdown on Twitter as media pundits and commentators speculated about what sinister deal Cohen might have negotiated on Hannity’s behalf…Indeed, while CNN and MSNBC seized on the news with rapturous zeal, the right-wing mediaverse was spectacularly silent on the Cohen-Hannity question…

Eddie Scarry, the media reporter for the conservative Washington Examiner, suspected that Trumpworld was more worried about potential skeletons in Cohen’s closet than they were letting on…Hannity, he added, was only a plot point in the vast right-wing narrative, if a totally bonkers one: “Yeah, of course that’s the logical next step in this insanity.”

Looking past the smell of Trump’s life, the corruption and national degradation he’s created in Washington, I would neither call this insanity nor logic. Crime and opportunism always benefit from cooperative ignorance. In this case, on the part of a significant minority of eligible voters. 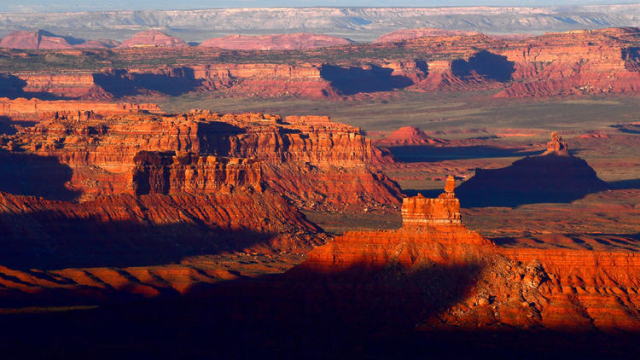 Trump will travel to Salt Lake City, where he’ll explain why he’s changing the boundaries of the two monuments, the sources said on condition of anonymity because they were not authorized to speak publicly about the trip.

Sen. Orrin Hatch and other Utah officials have pressed Trump to either eliminate or shrink the monuments, which cover large swaths of federal lands in the southern part of the state.

Did you think the fossil fuel cretins would rollover when they have a scumbag they own in the White House?

“The tribes view this as an affront to themselves and their own self-determination,” said Natalie Landreth, senior staff attorney for the Native American Rights Fund. “All of us, all five tribes, will be suing jointly the day he makes an announcement.”

Five tribes — the Hopi, Navajo Nation, Ute Mountain Ute Tribe, Pueblo of Zuni and the Ute Indian Tribe — make up the Bears Ears Inter-Tribal Coalition that advocated for the monument. Landreth said they have not determined which federal court the group would file the lawsuit in but that it would be about violating the Constitution’s separation of powers.

“This illegal action will cement Trump’s legacy as one of the worst presidents in modern history,” said Randi Spivak, public lands program director at the Center for Biological Diversity. “Trump has no clue how much people love these sacred and irreplaceable landscapes, but he’s about to find out. He’s shown his blatant disregard for public lands, Native Americans and the law. We look forward to seeing him in court.”

The thugs who pimp for fossil fuel interests throughout the American West are accustomed to having their own way in federal courts. Between Rapacious Republicans and Blue Dog Democrats they haven’t faced much opposition in decades. Meanwhile, true environmental movements – apart from slightly green-tinged politicians – have built a base at the grassroots capable of defeating a surprising number of phonies whose entire view of wilderness and nature derives from overflights, usually on someone else’s dime.