After deliberating for one day, the jury delivered a guilty verdict on all 17 counts, which included tax fraud and other financial crimes, against the Trump Organization. Prosecutors alleged that executives at the company devised a scheme to avoid paying taxes that included “indirect” payments made to top officers for items like school tuition, apartments and cars. The verdict came after a three-year investigation by prosecutors. Trump was not personally on trial, but prosecutors alleged during the proceedings that he knew of the fraud being committed at the company, a charge he has denied.

The Trump Organization was charged with scheming to defraud, conspiracy, criminal tax fraud and falsifying business records. The guilty verdicts mean it will now face a $1.6 million fine.

Presumably, authorities will continue their probe into corruption at Trump’s Organization. Sooner or later, we can hope to see the scumbag tossed into a cell for his crimes. 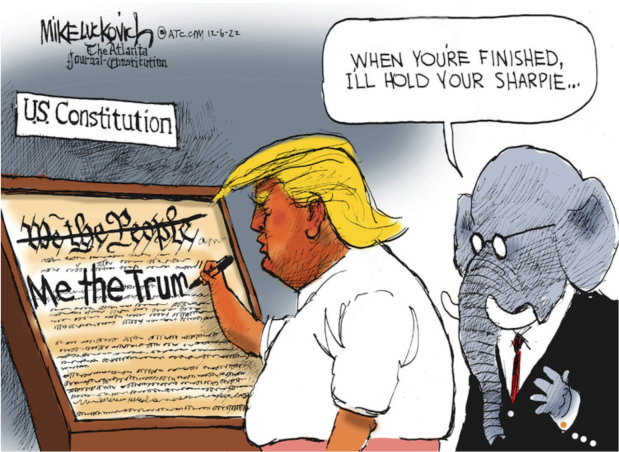 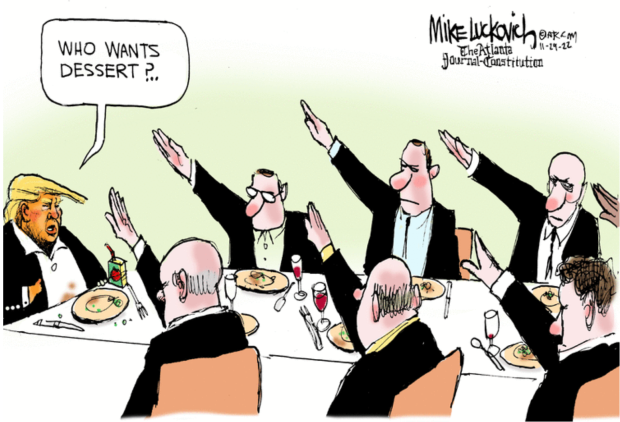 Analysis from Post columnist John Podhoretz declared the GOP’s “red trickle” in the elections was down to Trump’s “terrible candidates” who “dragged Republicans down.”

“Trumpy Republican candidates failed at the ballot box in states that were clearly winnable,” the board wrote. “Since his unlikely victory in 2016 against the widely disliked Hillary Clinton, Mr. Trump has a perfect record of electoral defeat.”

Sorry, folks; but, I can only conclude that folks who continue to vote for this loser should go back to school and learn a bit more about everything from economics to intelligent design. 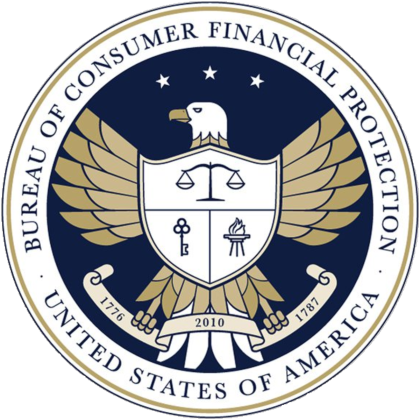 Three judges appointed by former President Donald Trump handed down an astonishing decision on Wednesday, effectively holding that the Consumer Financial Protection Bureau, the federal agency charged with protecting consumers from a wide range of predatory activity by lenders and other financial services, is unconstitutional and must be stripped of its authority.

Should the three Trump judges’ decision stand, it would effectively neutralize much of the federal government’s ability to fight financial fraud — although that outcome probably is not likely given that the Fifth Circuit’s decision is such an outlier. As Wilson explains, the CFPB assumed enforcement authority “over 18 federal statutes” when it was formed nearly a dozen years ago, and these statutes “cover everything from credit cards and car payments to mortgages and student loans.”

There will be more time wasted in coming years – than crass class evil usually accounts for – simply trying to shovel horseshit ideology from where it has been piled atop American law craft by Trump and his lackeys.

The Supreme Court on Thursday rejected a request from former President Donald J. Trump to intervene in the litigation over documents seized from his Florida estate, a stinging rebuke that blocked his effort to get access to classified documents found there by the F.B.I.

The court’s single-sentence order noted no dissents, and the court gave no rationale, saying only that his application to lift a stay issued by a federal appeals court was denied.

The Supreme Court’s order on Thursday — the latest in a string of cases in which it has dealt Mr. Trump a legal setback — means that the special master in the case, and Mr. Trump’s legal team, will not have access to those documents.

WASHINGTON (The Borowitz Report)—President Biden announced that he was pardoning all people convicted under federal law of marijuana possession in order to make prison cells available for members of the Trump Administration.

Announcing the decision from the Oval Office, Biden said, “At present, thousands of Americans are in prison for the possession of marijuana. Those thousands of prison cells are badly needed to accommodate the influx of Trump aides, associates, and family members.”

Biden said that vacating the existing prison cells would save the American taxpayer billions “since the only alternative was to construct approximately forty thousand new cells that the incoming Trump prisoners would require.”

Calling the decision to pardon the marijuana users “one of the easiest [he’s] ever made,” Biden said, “What’s worse, lighting up a spliff or stealing the nuclear codes? Come on, man.”