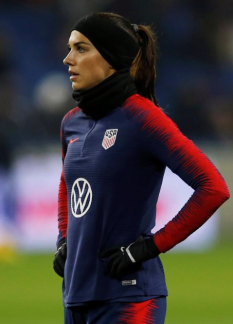 ❝ While some sporting brands used International Women’s Day to launch their Women’s World Cup team kits, lawyers representing the world-champion U.S. team were on their way to a California courthouse to file a landmark lawsuit that would rock the sport.

Instructed by the 28 members of the women’s national team, they filed a suit accusing the U.S. Soccer Federation of gender discrimination, alleging that it pays them less than their male counterparts…

“They sacrifice their whole lives to play for their country, they’re together and play more games than the men’s team and they’ve been more successful,” Ireland striker Stephanie Roche told Reuters.

“They are more like a club team in some ways, they play that many games. I think they have proven that they are equal, they have brought success and therefore have every right to demand equality,” she added…

Winners of four Olympic gold medals and three of the seven World Cups that have been held to date, the U.S. women’s team are ranked first in the world and have never been lower than second, while the American men are currently 25th. 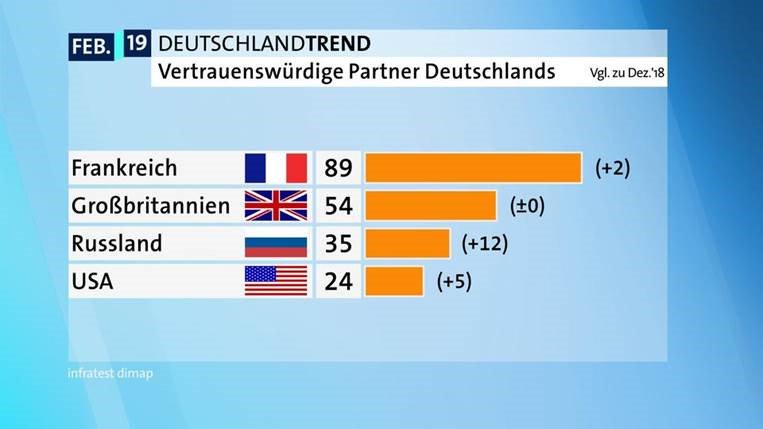 Oops, sorry. This was one of ours!

Staff at a nursery school threatened to refer a four-year-old boy to a de-radicalisation programme after he drew pictures which they thought showed his father making a “cooker bomb”, according to the child’s mother.

The child’s drawing actually depicted his father cutting a cucumber with a knife, his mother says, but staff misheard his explanation and thought it referred to a type of improvised explosive device.

On Friday the boy’s mother showed the Guardian video footage of her son in which he is playing happily on the floor of his home, and is shown a cucumber and asked what it is. “A cuker-bum,” he says, before going back to his toys.

The footage was taken by the mother at the family home in Luton after the nursery discussed referring the child to a de-radicalisation programme out of concerns that pictures drawn by him referred to explosions and an improvised explosive device known as a “cooker bomb”.

In between the odd tear and laugh of disbelief, the mother spoke about the experience, which she said had left her shaken and upset, and involved her being told at one point: “Your children might not be taken off you … you can prove yourself innocent…”

A spokesperson for the nursery…said…“Under statutory guidance, as reflected by our own safeguarding policies, early years providers are required to record – and if necessary, report – any incidents that they feel may warrant further attention or discussion.

“In this instance, after seeking advice from the appropriate agencies, we concluded that no referral was necessary…”

The child’s mother says that she remains disappointed that no apology was made and claims to have come under pressure from the nursery to sign a form which appeared to endorse its assessment.

“When I dropped him in one day they were there as a pack, with his various pictures and a report,” she said.

“Some of the pictures were just scribbles, but I said that I knew one of them and it was of his dad cutting a cucumber. She said: ‘Well, he said to us that it is a cooker bomb.’ For the life of me I didn’t associate the two words.”

…She said that she was left distraught by the experience and particularly by what she says was a mention of social services. “The thing you think about is that they take children away from families,” she said, “so that was the worst thing you could say to a parent…”

The conversation, she says, also turned to what her son had been watching on television: “I said to her: ‘Can we just put it to bed? I won’t let him watch Power Rangers … I actually went home and put parental control over the kiddie channels…”

“Initially I was so upset and distraught that I told him not to do any more drawings … God bless him, he said: ‘I won’t draw anything … I’ll just draw a house, or the remote control. And I said: ‘Don’t draw the remote!’”

Sounds like anything that could happen here in the Land of the Free and the Home of the Brave.

Petty bureaucrats, small-minded authority pimps in charge of children want to run other people’s lives as if everyone shared the fear-and-trembling crucial to their own pitiful existence.

BTW, this isn’t so much a Liberal vs Conservative thing. Pointy-headed psychologizers are as responsible for the demise of much Western education as anyone else. Mostly worrying that you may harm a child’s self-image for life by suggesting they actually learn stuff.

Governments have way too many crap politicians who have learned it’s easier to pass repressive laws by shouting it’s needed to “protect our children”. 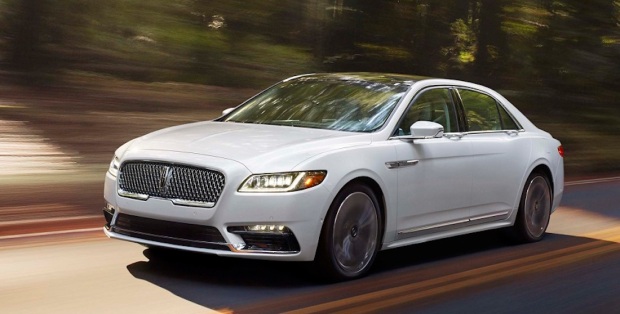 Not my cup of tea; but, it surely is nice to see the Lincoln Continental marque returning to Ford’s lineup. Destined for the United States and China – to start.

Here’s a slide show of more cars from the exhibit. 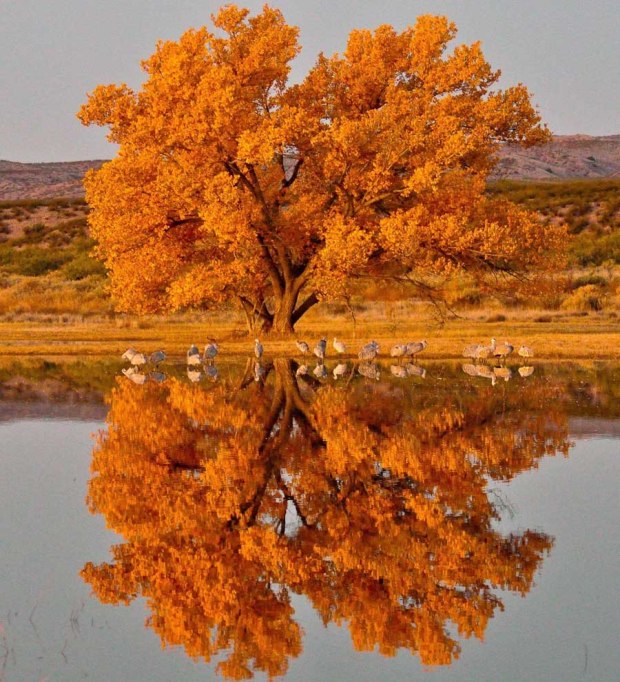 Throw on a scarf and grab your cider; it’s time to embark on a far-reaching fall foliage tour. From Scotland to Russia, Canada to Iceland, and (of course) the United States’ New England region, here are some of the most lush shots of fall 2015 we have come across.

Click through to some lovely photos – and a video explanation of the colors of autumn. 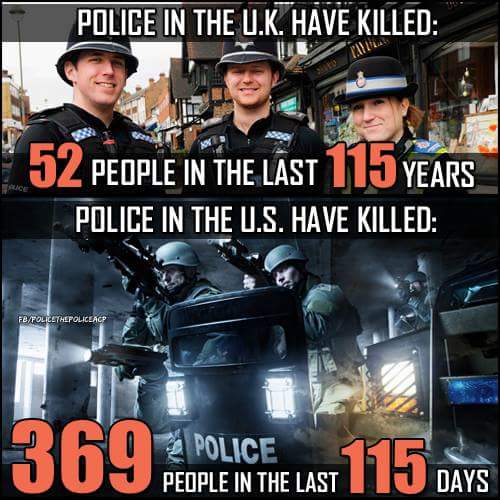 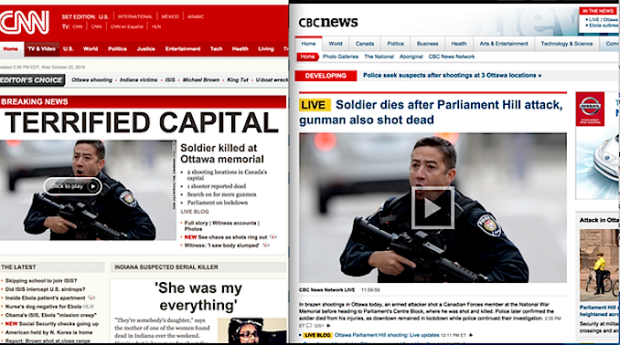 That means if an F-16 were to take off from Incirclik Air Force Base in Turkey and fly two hours to Erbil, Iraq, and successfully drop both of its bombs on one target each, it costs the United States somewhere between $84,000 to $104,000 for the sortie…

Watching today’s endlessly repeated video clip of one of our heroic sorties bombing a freaking pickup truck. At a cost of $85K-104K.

Just send in some creepy salesman from a local used car lot and offer the bandit in charge $20K cash on the spot for his truck – and we’re in business – making the world safe for capitalism.

Annual mammography failed to reduce breast cancer mortality in women, ages 40 to 59, compared with physical examination or routine care, according to 25-year follow-up data from a Canadian screening program.

The publication drew a quick and forceful response from the American College of Radiology (ACR) and the Society of Breast Imaging (SBI). In a joint statement, officials of the two organizations characterized the results as “an incredibly misleading analysis based on the deeply flawed and widely discredited Canadian National Breast Screening Study (CNBSS).”

Noting the 32% rate of cancer detection by mammography, the ACR and SBI said “this extremely low number is consistent with poor-quality mammography.” Mammography alone should detect twice that many cancers, they added. The organizations noted that a prior outside review of the CNBSS confirmed the poor quality of mammography in the study…

Dr. Anthony Miller and colleagues reported 25-year follow-up data from the CNBSS, which began in 1980. All women, ages 50 to 59, had annual clinical breast examinations, as did women 40 to 49 in the mammography arm. Younger women in the control arm had a clinical breast exam at enrollment, followed by usual care.

The hazard ratio (HR) for breast cancer-specific mortality during the screening period was 1.05 for mammography versus control…

The authors of an accompanying editorial noted that some evidence suggests that improved treatment, rather than breast cancer screening, has fueled the decline in breast cancer mortality in recent years. Regardless of the rates found in different studies, overdiagnosis represents a larger problem…

Referring directly to the ACR and SBI, Miller said the study’s outcome “has to be unwelcome to this highly financially conflicted group, but which will be of substantial interest to policy makers in considering the future of screening for breast cancer.”

Been a spell since I’ve been involved with folks working in oncology. Just as long since I’ve dedicated sufficient reading and online investigation to have an opinion I’d risk someone’s life on.

Please, read the whole article. There are answers – and answers to questions raised by the answers.