❝ Google quietly partnered last year with Ascension — the country’s second-largest health system — and has since gained access to detailed medical records on tens of millions of Americans, according to a November 11 report by The Wall Street Journal.

The endeavor, code-named “Project Nightingale,” has enabled at least 150 Google employees to see patient health information, which includes diagnoses, laboratory test results, hospitalization records, and other data, according to internal documents and the newspaper’s sources. In all, the data amounts to complete medical records, WSJ notes, and contains patient names and birth dates.

❝ The move is the latest by Google to get a grip on the sprawling health industry. At the start of the month, Google announced a deal to buy Fitbit, prompting concerns over what it will do with all the sensitive health data amassed from the popular wearables. Today’s news will likely spur more concern over health privacy issues.

❝ Neither Google nor Ascension has notified patients or doctors about the data sharing. Ascension—a Catholic, non-profit health system—includes 34,000 providers who see patients at more than 2,600 hospitals, doctor offices, and other facilities across 21 states and the District of Columbia.

Most of today’s tech corporations don’t pretend to be anything more than money-gathering machines. Some few – damned few – include the premise of protecting your privacy as the starting point for their endeavor. Even fewer, stick with that plan over time.

I wouldn’t count Google as part of anything other than that first batch of greed-based economic “heroes”. 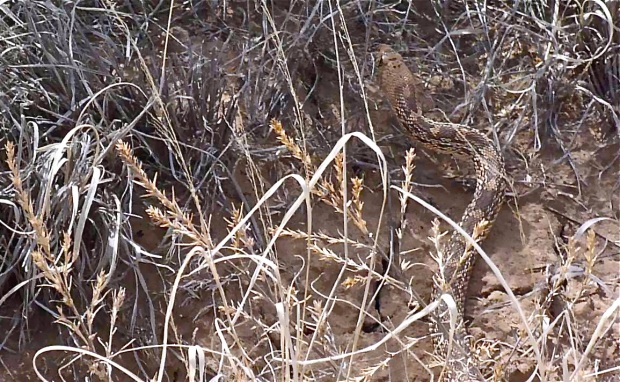 First vultures returned from Mexico and down state, last week. First cattle egret over the weekend. Trees are leafing out, buds starting to blossom on the crabapple in the front yard.

The photo isn’t the greatest – a single frame yanked from a not-too-great spur of the moment piece of video with my pocket camera. But, nice to see everyone is waking up from winter.

That’s Sherlock on the right

Police in Lower Saxony, Germany, who decided to teach a vulture to sniff out corpses of missing people have run into difficulty two months into training.

Reasoning that it could fly over miles of wasteland, then descend where it found a missing person, they had wanted to fit it with a transmitter. But it transpires that Sherlock, as the bird is known, is not very interested.

On top of that, it is shy, confuses human with animal remains and actually prefers to walk, Spiegel magazine says.

Sherlock has been in training in the Walsrode bird park on Lueneburg Heath near Hanover, along with two vulture side-kicks also named after famous fictional detectives, Columbo and Miss Marple…

But according to Spiegel: “Sherlock’s success has been limited. While he can locate a stinking burial shroud which the police gave the bird park to use for training purposes and which is clearly marked with a yellow plastic cup, Sherlock doesn’t approach the shroud by air.

“He prefers to travel by foot…”

The vulture also finds it hard to distinguish between dead people and dead animals, which is a problem in the vast heathland of that part of Germany…

I’ve known police dogs who seemed as bright as their trainers. Vultures aren’t exactly capable of establishing the level of companionship to enable real communications.

Saudi Arabia has taken an Israeli bird into custody on suspicion of espionage after it was found to be wearing a transmitter and leg bracelet with the words “Tel Aviv University,” the Israeli newspaper Ma’ariv reports.

Ha’aretz, another Israeli newspaper, says the wounded bird is part of a long-term Israeli research project into bird migration patterns, but residents told Saudi Arabia’s Al-Weeam newspaper that the incident seems to be a “Zionist plot.”

Iran’s Tabnak news agency, according to Ha’aretz, reported that “spy personnel number of X63 [the I.D. number on the leg bracelet] leaves no doubt that other birds are going to be sent by the Zionist regime for espionage against Saudi Arabia and other countries.”

A young Bearded Vulture being reintroduced to the wild in the Swiss Alps.