Submarines don’t often pick up hitchhikers, but a Dutch vessel made an exception this week when they gave a lift to an itinerant walrus.

Freya, the first walrus to be sighted off the Dutch coast in 23 years, was filmed by submariners enjoying a rest on HNLMS Dolfijn, which appropriately belongs to the Walrus class of vessels, on Tuesday morning…

The female walrus has been in Dutch waters for at least two months, having previously visited the island of Schiermonnikoog and the Zuiderpier in Harlingen.

She is thought to have swum down from her regular habitat in the polar circle via Denmark and Germany during the summer. The submarine crew said she appeared to be in good health.

The Pieterburen sea mammal rescue centre said she was ‘well able to look after herself and will find her way home in time if left to her own devices’.

As is the case with most wild critters who bump into the human species.

Oversleeping can cause all sorts of problems. Just ask this walrus — who seems to have fallen asleep on an ice floe and drifted at least a thousand miles from the Arctic Circle to Ireland.

The walrus was first spotted along the coast of Valentia Island in County Kerry, one of the westernmost points of Ireland. Alan Houlihan and his 5-year-old daughter, Muireann, were walking along the beach this past weekend when they noticed the creature lounging on some rocks.

“I thought it was a seal at first, and then we saw the tusks,” Houlihan said. “He kind of jumped up on the rocks. He was massive. He was about the size of a bull or a cow, pretty similar in size; he’s big, big.”

Walruses rarely appear in Ireland, so how did this one end up on the coast? According to Kevin Flannery, director of the Dingle Oceanworld Aquarium in County Kerry, it may have been an accident.

“I’d say what happened is he fell asleep on an iceberg and drifted off,” Flannery said. “Then he was gone too far, out into the mid-Atlantic or somewhere like that — down off Greenland possibly. It’s incredible. It’s a one-off as far as I’m concerned.”

At least he won’t be hassled by passport control. 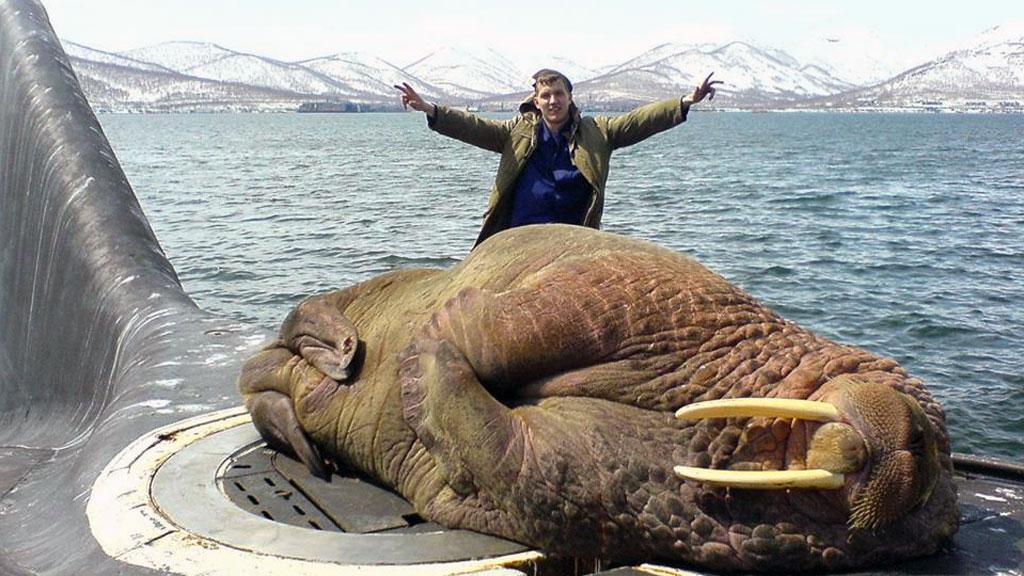 The plight of thousands of walruses forced to crowd on to an Alaska beach because of disappearing sea ice has set off an all-out response from the US government to avoid a catastrophic stampede.

The Federal Aviation Authority has re-routed flights, and local communities have called on bush pilots to keep their distance in an effort to avoid setting off a panic that could see scores of walruses trampled to death…

Curiosity seekers and the media have also been asked to stay away.

An estimated 35,000 walruses were spotted on the barrier island in north-western Alaska on 27 September by scientists on an aerial survey flight.

The biggest immediate risk factor for the walruses now is a stampede – especially for baby walruses – but they have been facing a growing threat from climate change, the scientists said.

The extraordinary sighting – the biggest known exodus of walruses to dry land ever observed in the Arctic under US control – arrived as the summer sea ice fell to its sixth lowest in the satellite record last month.

“Those animals have essentially run out of offshore sea ice, and have no other choice but to come ashore,” said Chadwick Jay, a research ecologist in Alaska with the US Geological Survey.

The only animal that our politicians worry about is the bloodsuckers who fund their endless election campaigns.