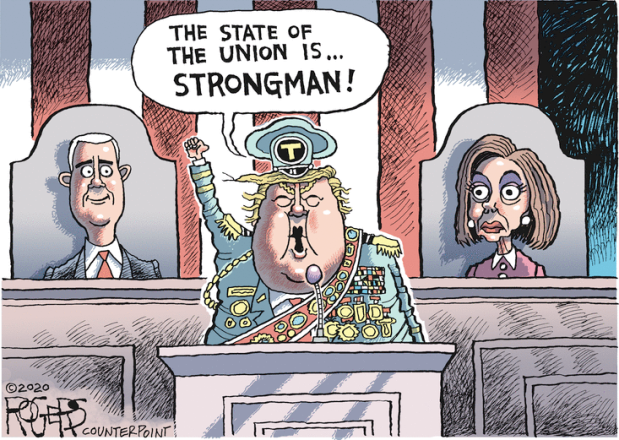 ❝ More than half of the climate tipping points identified a decade ago are now “active”, a group of leading scientists have warned.

This threatens the loss of the Amazon rainforest and the great ice sheets of Antarctica and Greenland, which are currently undergoing measurable and unprecedented changes much earlier than expected.

❝ This “cascade” of changes sparked by global warming could threaten the existence of human civilisations.

Evidence is mounting that these events are more likely and more interconnected than was previously thought, leading to a possible domino effect…

❝ Johan Rockström, director of the Potsdam Institute for Climate Impact Research, said: “It is not only human pressures on Earth that continue rising to unprecedented levels.

“It is also that as science advances, we must admit that we have underestimated the risks of unleashing irreversible changes, where the planet self-amplifies global warming.

“This is what we now start seeing, already at 1°C global warming…”

RTFA and reflect, folks. Pretty good odds that half – or more than half – of the politicians we currently get to choose from for political office will not not do even that much.

As long as police officers have worn uniforms and carried badges, criminals have dressed like them to try to win the trust of potential victims. Now the impersonators are far more sophisticated, according to nearly a dozen city police chiefs and detectives across the country.

In South Florida, seemingly an incubator of law-breaking innovation, police impersonators have become better organized and, most troubling to law enforcement officials, more violent. The practice is so common that the Miami-Dade Police Department has a Police Impersonator Unit.

Since the unit was established in 2007, it has arrested or had encounters with more than 80 phony officers in Miami-Dade County, and the frequency has increased in recent months, said Lt. Daniel Villanueva, who heads the unit.

“It’s definitely a trend,” Lieutenant Villanueva said. “They use the guise of being a police officer to knock on a door, and the victim lowers their guard for just a second. At that point, it’s too late.”

He added that part of the problem was that it was easy for civilians to buy “police products,” like fake badges, handcuffs and uniforms. “The states need to lock this down and make impersonating a police officer a more serious crime because we’re seeing more people using these types of these things to commit more serious crimes,” he said…

Other police impersonators, police chiefs and detectives say, masquerade as officers for more benign reasons, like trying to scare or impress someone. “Usually,” Detective Baez said, “the wannabe cop outfits their vehicles with police lights and fake insignias to fulfill some psychological need…”

Impersonating an officer is a misdemeanor in some states, though it is a felony in Florida. The charge’s severity, and punishment, increases if a criminal charged with posing as a police officer commits a felony. Several chiefs and detectives say the crime is not taken seriously enough by the justice system and the public. Often, the crime goes unreported, the police say.

Detective Hernandez, of Biscayne Park, Fla., said: “People minimize it. They just let it go. They won’t think about how dangerous this potentially can be. They just don’t see it.”

I agree. We’ve had a few of these in recent months here in New Mexico. One of the wannabe coppers had a buddy who was deputy sheriff – who helped him buy the real deal at a local police supply store. Absolutely illegal.

RTFA for some serious examples.

Way too likely some of these crooks are spending their energies in the commission of crimes – and given the size of our undocumentado population – a number of victims never report the crimes because they’re afraid of being deported. A handy-dandy convenience store for gangsters.