Everyone needs macaroni and cheese with a 25-year shelf life

This was the year that coronavirus fears turned American shoppers into hoarders. There have been widespread shortages on products like toilet paper, hand sanitizer and flour as people prepared for the long stretches of isolation that have become commonplace during the pandemic.

But for one segment of the population, preparing for the worst was a way of life even before the pandemic. “Preppers” or “survivalists,” as they’re known, have been around for years, buying elaborate survival kits, yearlong supplies of nonperishable foods and even elaborate underground bunkers.

Clyde Scott’s Rising S company, for instance, makes an $8.4 million bunker from its Luxury Series, called “The Aristocrat.” The bunker can sleep more than m 50 people and it features a fitness center, gaming rooms, swimming pool, gun range and a greenhouse. The company also makes a mini-bunker that’s eight-by-five-feet for $39,500…

There are Doomsday Preppers and Luxury Doomsday Preppers. Just like our class society. Working class and hardly-ever-working class inhabit opposite ends of the income scale. The daffiest by far I find at the luxury end of the scale. Folks who are consumed by fear of imminent disaster may inhabit both populations; but, having a luxury budget makes for differentiation in survivalist lifestyle, as well as in posh gated communities and at your friendly neighborhood Ferrari dealership. 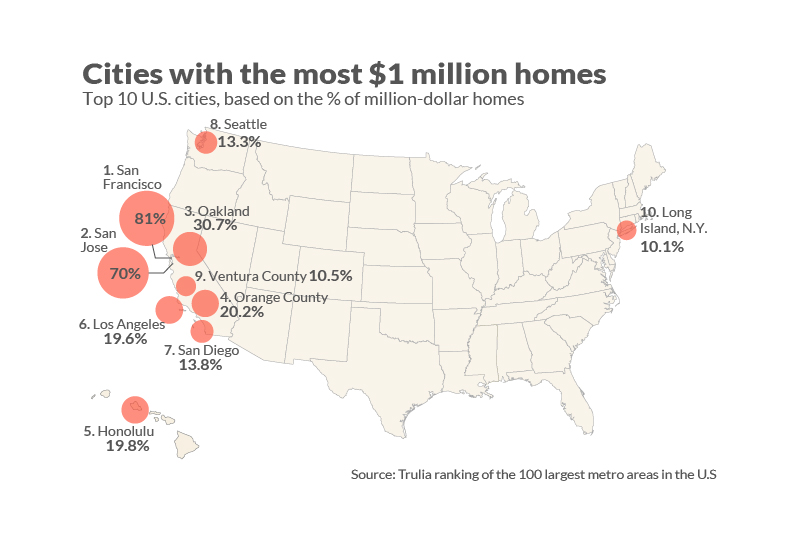 The West Coast seems to stay ahead of the rest of us at just about everything.

❝In some circles, “redistribution” of wealth has become a dirty word, and recent efforts to make the tax system more progressive have run into serious political resistance, above all from Republicans. But whatever your political party, you are unlikely to approve of the illegal use of tax havens. As it turns out, a lot of wealthy people in the United States, Europe, and elsewhere have been hiding money in foreign countries — above all, Switzerland, Luxembourg, and the Virgin Islands. As a result, they have been able to avoid paying taxes in their home countries. Until recently, however, officials have not known the magnitude of that problem.

❝But people are paying increasing attention to it. A vivid new documentary, The Price We Pay, connects tax havens, inequality, and insufficient regulation of financial transactions. The film makes a provocative argument that a new economic elite—wealthy managers and holders of capital—is now able to operate on a global scale, outside the constraints of any legal framework. In a particularly chilling moment, it shows one of the beneficiaries of the system cheerfully announcing on camera: “I don’t feel any remorse about not paying taxes. I think it’s a marvelous way in life.”

❝Gabriel Zucman, who teaches at the University of California at Berkeley, has two goals in his new book, The Hidden Wealth of Nations: to specify the costs of tax havens, and to figure out how to reduce those costs. While much of his analysis is technical, he writes with moral passion, even outrage; he sees tax havens as a “scourge.”

His figures are arresting. About 8 percent of the world’s wealth, or $7.6 trillion, is held in tax havens. In 2015, Switzerland alone held $2.3 trillion in foreign wealth. As a result of fraud from unreported foreign accounts, governments around the world lose about $200 billion in tax revenue each year. Most of this amount comes from the evasion of taxes on investment income, but a significant chunk comes from fraud on inheritances. In the United States, the annual tax loss is $35 billion; in Europe, it is $78 billion. In African nations, it is $14 billion.

❝Zucman is the first economist to produce specific numbers of this kind, and to do so, he had to undertake some creative detective work. In order to identify hidden wealth, he focuses on “anomalies”—situations in which international balance sheets show, in aggregate, more liabilities than assets…Zucman puts it this way: “as far back as statistics go, there is a ‘hole’; if we look at the world balance sheet, more financial assets are recorded as liabilities than as assets, as if planet Earth were in part held by Mars.”

For the purpose of producing an accounting of hidden wealth, that is actually helpful, because “money doesn’t evaporate randomly into the ether, but instead follows a precise pattern of tax evasion…”

❝A strong virtue of Zucman’s book is that it puts a bright spotlight on an area in which significant reforms might appeal to people who otherwise disagree on a great deal. You might believe that the tax system should be made more progressive, or you might believe that it should be made less so. But whatever you think, you are unlikely to support a situation in which trillions of dollars are hardly taxed at all.

RTFA for quite a detailed discussion internal to Sunstein and Zucman. As complex as the topic – but, you learn even more about the politics of wealth and deceit.

With the Iowa caucuses less than three months away, the Republican presidential candidates have suddenly begun discussing income inequality a whole lot more.

During the first two debates, GOP candidates used words like “inequality,” “disparity,” “rich,” “poor,” and “middle class” just 0.06 percent of the time, according to an analysis by the communications and consulting firm Logos Consulting Group. That rate tripled in the Oct. 28 debate, the first one after the Democratic debate that featured more discussion of inequality. It rose again to 0.20 percent in Tuesday night’s GOP debate.

But Republicans have resisted policy shifts to match the change in rhetoric, and remain committed to lower taxes and fewer regulations, which took hold under Ronald Reagan – [after the Carter administration] when taxes were higher and the wealth gap narrower.

“The only possible reason Republicans ever talk about inequality is if their polling is telling them they are vulnerable on that issue,” said Bruce Bartlett, a former senior policy analyst for Reagan who has since grown highly critical of the GOP. He argued that Republicans generally don’t fret about inequality. “Concern for inequality leads to redistribution, which all Republicans believe is evil.”…

The tax plans of major Republicans feature large tax breaks that would provide disproportionate gains to the affluent, according to the conservative-leaning Tax Foundation. Bush’s proposal would raise after-tax incomes for the highest earners by 16.4 percent; more than any other group. Senator Marco Rubio’s plan would give the top 1 percent a 27.9 percent break, higher than an average 17.8 percent cut for all taxpayers. Senator Ted Cruz’s 10 percent individual flat tax would give the top 1 percent a 34.2 percent tax cut, compared to an average 21.3 percent across all groups.

Along with Trump and retired neurosurgeon Ben Carson, Bush, Rubio, and Cruz also oppose Democratic-backed proposals to combat inequality such as lifting the federal minimum wage. Republicans unanimously want to repeal Obamacare, the 2010 law that has slowed the rise of inequality by extending health-care coverage to nearly 17 million middle- and low-income Americans, funded in large part by taxes on the affluent. Many Republican candidates are also campaigning on cutting Social Security, which has dramatically reduced poverty among seniors.

Though economic conditions have changed such that ordinary Americans are taking home fewer real wages for higher productivity, the fundamental tenets of Republican economic orthodoxy have not changed — taxes on upper earners should be cut, rules on business activity should be lifted, and national economic growth trumps targeted efforts at assisting those getting left behind.

Just in case you’re silly enough to believe Republican declarations on behalf of economic policies which have been failing the broad ranks of American wage-earners for a century.

The lies may change from generation to generation. The narrow class interests served by the Republican Party only squeeze the rest of us tighter and tighter.

Now, through the Trans-Pacific Partnership trade deal, the US is trying to force nations ranging from New Zealand to Vietnam to do the same.

And it’s not just copyright terms. The US also has legal protections for digital rights management technologies that are designed to prevent piracy of movies and music. These protections, though, are loathed by the open source movement, and have had a wide variety of unintended consequences, from restricting cellphone unlocking to limiting people’s rights to repair their own cars. Nevertheless, the TPP requires other countries to adopt similar provisions.

The stakes are highest in pharmaceuticals, where industry groups are seeking new regulations to limit competition from generic drugmakers, including extended patent terms and longer terms of exclusivity for a class of drugs called biologics. Critics say this will lead to higher prices, depriving millions of patients of access to lifesaving medicines. But defenders predict that drug companies will blah, blah, blah…Advocates say higher prices are good for everyone in the long run…

There’s no guarantee that boosting drug company profits will cause them to spend a lot more on research and development — perhaps they’ll spend it on marketing, or on dividends for their shareholders. Nor can we be sure that more spending will necessarily have a big impact on the number of lifesaving drugs that are invented or the quality of Hollywood blockbusters.

The argument seems particularly dubious when it comes to lengthening copyright terms. It defies belief to think that lengthening copyright terms from 50 to 70 years is going to induce Hollywood studios or record labels to invest more in creating content — 50 years is too far into the future to have any effect on a company’s financial calculations…

The United States won’t have to change much in the area of intellectual property or copyrights for the TPP. Congress and a couple of administrations in the White House have already guaranteed we have some of the crappiest, profit-centered regulations in the world. Even at that, if we suddenly acquired Congress-critters who have a rush of good will to their brains sufficient to turn them from the path of fulltime pimps – we’d then have to withdraw from the TPP somehow and renegotiate entry and membership.

A bureaucratic process that makes hitting yourself in the forehead with a ball peen hammer seem appealing.

Maybe, Cartoon of the Epoch?

Even as the income gap widens, the wealthiest Americans are giving a smaller share of their income to charity, while low- and middle-income people are donating a larger share, according to an extensive analysis of Internal Revenue Service data conducted by the Chronicle of Philanthropy.

The Chronicle…said in a report released on Monday that Americans who earned $200,000 or more reduced the share of their income they gave to charity by 4.6 percent from 2006 to 2012. Those earning less than $100,000 donated 4.5 percent more of their income, the report said…

The Chronicle’s editor, Stacy Palmer, said that wealthy donors were more likely to support the arts and higher education and less likely to give to social-service charities…

They’ve learned to think like Republicans. They contribute to services which add to their own quality of life. That doesn’t include the overwhelming portion of the population struggling to make a living.

Changes in giving patterns were most pronounced in major cities, where the percentage of income that residents donated dropped markedly between 2006 and 2012, according to the report.

In Philadelphia and Buffalo, New York, the share of income given to charity fell by more than 10 percent, and there was a 9 percent drop in Los Angeles, Minneapolis-St. Paul and Washington, D.C.

The cities where residents gave the smallest share of their income to charity were Hartford, Connecticut; Providence, Rhode Island and San Jose, California.

My characterization of Republican ideology, ethos, rejection of concern for those in need isn’t a snap judgement. It includes all the foolish folks who look upon class distinctions as irrelevant. Stack up those who identify thoroughly with the wealthy without differentiation between the head start of inherited wealth – and patent leather-libertarians who only care that they succeeded regardless of the greater scheme of economics and the distribution of wealth.

In other words, I’m not surprised by this report. The response from our wealthy class and their Republican flunkies is also predictable: this must be a flawed report and in any case it will be ignored.