…Chamise turns out to be a fascinating plant, one critical not only to the California landscape but to the safety of its human residents. When fire scientists want to know how flammable the state’s vegetation might be, they don’t rely on some newfangled gadget. They rely on chamise. “It’s a really pretty and kind of understated shrub,” says Bryant Baker, conservation director of the Los Padres ForestWatch … “And I think because it’s so common, it’s often taken for granted.” …

…Because the plant is so abundant, it’s a sort of standardized species—they can sample it all over the state. Fire weather researchers like San Jose State University’s Craig Clements … use it to get an idea of how parched vegetation is overall.

And nothing scares a fire weather scientist quite like a year with dehydrated chamise. If it’s dry, then that’s a good indicator that everything is dry. “Right now, these are the lowest April 1 fuel moistures we’ve ever had,” Clements says. This is supposed to be the time of year when moisture levels are at their highest, thanks to recent autumn and winter rains. But California is withering in a drought.

Read it and weep, sisters and brothers. Much will potentially be destroyed in this year’s fire season. And, so far, I haven’t read of any new ingenious way of stopping wildfires.

On the second day of April, the skies were clear over the San Francisco Bay Area and the view from atop the sun-drenched Mount Umunhum in the South Bay spread across a sea of green shrubs and trees carpeting the surrounding Santa Cruz Mountains.

It was a beautiful sight, but a team of researchers from San Jose State University’s Wildfire Interdisciplinary Research Center — the only wildfire research center in California — noticed something wasn’t quite right.

“I was shocked when we went up there because usually in April we have a lot of new growth and old growth, and we didn’t see any new growth on the shrubs,” said Craig Clements, a SJSU professor and director of the center. “We weren’t seeing any of the lighter colored, bright green new growth sprouting out of the growth. Usually we take clippings of new stems and there weren’t any. This has never happened.”

Clements shared an image (above) from the expedition on Twitter and wrote, “The lack of rain this season has severely impacted our chaparral live fuel moistures. Wow, never seen April fuels look so… dry. No new growth anywhere in this Chamise. April is climatologically the highest live FMC of the season. Very Scary!”

FMC refers to “fuel-moisture content” — a measure of the ratio of moisture to combustible material in brush and trees that indicates how prone they are to burning. And the image up top is an area ready and waiting for wildfire.

But what are you breathing, exactly, when these forests combust and waft smoke near and far? Charred trees and shrubs, of course, but also the synthetic materials from homes and other structures lost in the blazes. Along with a variety of gases, these give off tiny particles, known as PM 2.5 (particulate matter 2.5 microns or smaller), that weasel their way deep into human lungs. All told, the mixture of solids and gases actually transforms chemically as it crosses the country, creating different consequences for the health of humans thousands of miles apart. In other words, what you breathe in, and how hazardous it remains, may depend on how far you live from the Pacific coast…

Another atmospheric nasty we’re all too familiar with forms as well: ozone, which inflames your airways. “Ozone requires carbon-containing gases, nitrogen-containing gases, and sunlight,” says Buchholz. “And so the more processing time you have, the more ozone is going to get created in that smoke plume.”

There are parts of the West where breathing the air has been evaluated as the equivalent of smoking 400 cigarettes! Today, wasn’t that bad in my neck of the prairie – here in northern New Mexico. But, after a morning try, I had to give up my usual regimen of exercise walking. My breathing, my eyes, just had too much of a bad thing to deal with.

…Although the National Rifle Association currently leads the charge for the rights of citizens to carry guns of all types with little to no interference from the government, the original gun rights advocates to take that stance were the Black Panthers.

Throughout the late 1960s, the militant black nationalist group used their understanding of the finer details of California’s gun laws to underscore their political statements about the subjugation of African-Americans. In 1967, 30 members of the Black Panthers protested on the steps of the California statehouse armed with .357 Magnums, 12-gauge shotguns and .45-caliber pistols and announced, “The time has come for black people to arm themselves.”

The display so frightened politicians—including California governor Ronald Reagan—that it helped to pass the Mulford Act, a state bill prohibiting the open carry of loaded firearms, along with an addendum prohibiting loaded firearms in the state Capitol. The 1967 bill took California down the path to having some of the strictest gun laws in America and helped jumpstart a surge of national gun control restrictions.

I was the first in my family – of my generation – NOT to work in the gun industry. Growing up in Connecticut, the historic arsenal of America, it was just one of several industries you considered working in as a factory hand.

Nowadays, I’d give serious consideration to any legislation fairly designed to keep weapons from status as a political instrument. Yes, that’s a challenge in a society that treasures political power as generally more important than human life.

The nation can count on the veil drawn aside from the discrete racism, homophobia, all the private bigotries of American conservatives and today’s Republican Party.

That January night in 1953, Rustin was having sex with another man in a parked car in Pasadena, California. He was jailed on a “morals charge,” and served about two months in jail. The offense landed him on the sex offender list.

The charge cost him jobs, and though Rustin didn’t necessarily hide his sexuality, it was used against him. Former Sen. Strom Thurmond, a segregationist, read Rustin’s arrest record on the Senate floor and used it to delegitimize the civil rights movement, calling him a “pervert.

“If that wasn’t enough, the record was reportedly supplied to Thurmond by J. Edgar Hoover, who at the time was the director of the FBI.

Now, California lawmakers are attempting to right the wrong.

RTFA for a sense of what needs to be done.

What the article doesn’t confront is the range of opposition this simple act will encounter. Please, don’t be naive and think that pulling at the thread of bigotry tied to American conservatism will only release a modicum of honesty and justice for Bayard Rustin. The stink of racism and homophobia within the minds and lives of America’s rightwing heart is only disguised, diminished in its perception – not its roots and persistence.

❝ Four major automakers…have reached an agreement with California on fuel efficiency rules, bypassing a Trump administration effort to strip the state of the right to fight climate change by setting its own standards.

California and other states had vowed to enforce stricter Obama-era emissions standards, after President Donald Trump proposed rolling back the federal rules. Automakers had worried that court battles between state and federal governments could create years of uncertainty for manufacturers.

❝ The automakers “didn’t want to face the expense, distraction and the bad publicity that comes from being part of a big rollback on clean cars,” Mary Nichols, who chairs the California Air Resources Board, told Reuters…

She said the state hoped to turn the voluntary agreement “into enforceable agreements” and that the companies had agreed not to legally challenge California’s vehicle regulatory authority.

Probably saved his life. Credit to Sky Holsey brave enough to face down the cops and take the video. 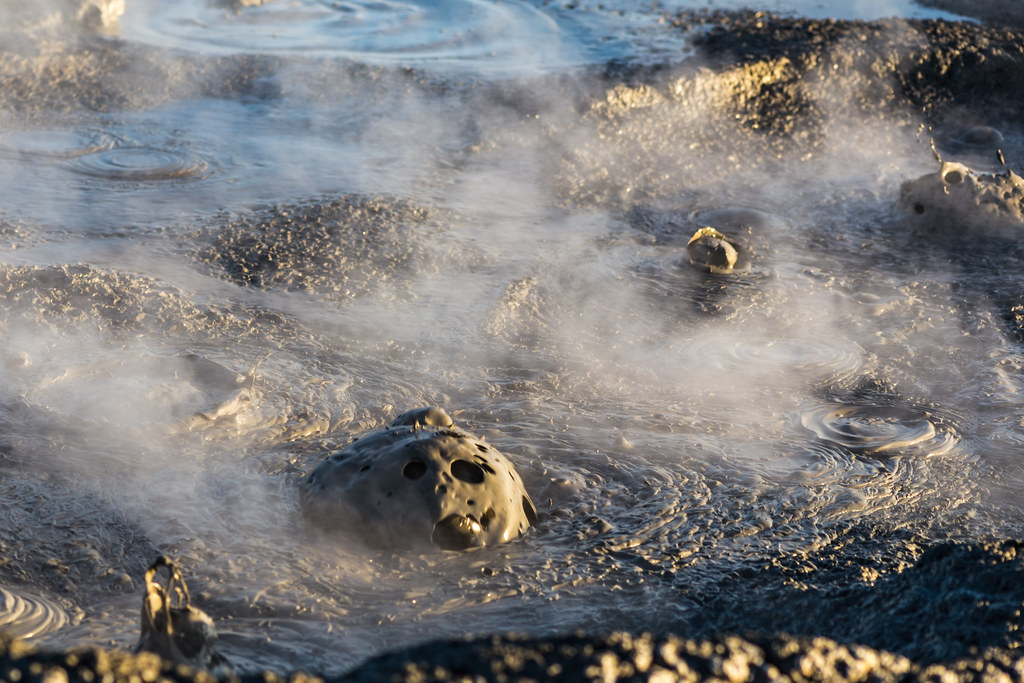 ❝ The red plum’s presence confounds the third grader. She didn’t want the fruit in the first place, yet there it is. She doesn’t want to eat it, but she knows that tossing it into the garbage at Oakland’s Hoover Elementary School is wrong. Standing before containers for trash, recyclables, compostables, and unopened entrees, milk cartons, and whole fruit, the girl’s decision-making matches her Disney-movie hijab — Frozen.

Fortunately, Nancy Deming, the school district’s sustainability manager for custodial and nutritional services, is supervising the sorting line today. “If you’ve started eating your fruit, it goes in the compost,” she reminds the girl with a smile. “If you haven’t taken a bite, it goes to Food Share.” The girl glances at the plum, then carefully places it in the clear bin, from which students can take whatever unopened or unbitten foods they please. Anything left will either be offered the next day or donated to a local hunger-relief organization.

❝ For decades, students here and there have made use of designated tables in school lunch rooms to leave or pick up unwanted whole fruit, packaged foods, or other meal items. Although rare in most school districts, Deming has standardized the practice and made it mandatory for schools serving some 37,000 students in Oakland. As the only school employee in the country whose sole responsibility is fighting food waste, Deming has transformed the Oakland Unified School District — and somewhat reluctantly herself — into a national leader. With her help, the district has arguably done more than any other in the country to minimize excess food, redistribute edible leftovers to people in need, and compost the inevitable inedibles.