Keep America Great, Trump 2020. Brought to you by Mexico. (*A real magnet you can buy in Trump Tower.) pic.twitter.com/3cebncLlXi

❝ On Tuesday, the Commerce Department announced the termination of the 2013 Suspension Agreement on Fresh Tomatoes from Mexico…This means the U.S. will impose a 17.5% tariff on imported Mexican tomatoes, a move that experts say may lead to shortages and price hikes…

❝ According to estimates from Arizona State University, consumers could pay 40% to 85% more for vine-ripe and other fresh tomatoes.

Prices could rise 40% from May to December, according to the university analysis by economists led by Timothy Richards, the Morrison chair of agribusiness. During the cooler months, when there are fewer domestic supplies of tomatoes, prices could escalate up to 85%, according to the estimate.

Given that our fake president has the tastebuds of one of the lower species of carrion-eater, you really shouldn’t expect him to support affordable, fresh food delivered across any border.

The closings included the detention center in Reynosa, across the border from McAllen, Texas, just days after the director of that office was fired. A report from TV network Telemundo had found officials at that office had extorted migrants being held there, and officials have said they’re investigating the complaints.

The remaining closures were in Nogales, across the border from Nogales, Arizona, on the coasts in Acapulco, Guerrero, and Tuxpan, Veracruz; and toward southern Mexico in Morelia, Michoacan…

❝ Top immigration officials, appointed by the newly elected President Andres Manuel Lopez Obrador, appear to be making an effort to reform the agency, said Gretchen Kuhner, director of the Institute for Women in Migration, a Mexico City-based nonprofit.

Mexico now working to improve the lot of undocumentados while the home of the brave and the land of the free couldn’t care less. At least the Executive branch and a chunk of Congress.

❝ Hirving Lozano scoring the lone goal in Mexico’s 1-0 victory over reigning World Cup champion Germany appears to have led to an artificial earthquake in Mexico City on Sunday.

Two monitoring stations in Mexico City picked up the temblor the same time Lozano scored, 35 minutes into the match. Seismologists in Chile also said that their instruments detected an artificial temblor at the same time.

Felt that way to the German team, as well. No doubt. And it was lovely team play right down the pitch.

Early on the morning of May 19, 2018, residents on the outskirts of the town Orizaba, Veracruz — close to the bordering state of Puebla in Mexico — woke up to a loud crash.

A train with 39 cars and four locomotives crashed into another train when approaching the station. The conductor of the approaching train attempted to brake, but couldn’t because the brakes were cut, according to the Grupo Mexico Transporte, the company that owns and runs the train…

Grupo Mexico Transporte instantly called this act sabotage and pointed to the culprits as being organized crime. The company ruled out the possibility of human error because of the way the trains are remotely operated…

There has been a 476-percent increase of the number of robberies similar to the one that occurred in Orizaba…In the first quarter of 2018, there was a robbery of a train every 2.5 hours, according to the Regulatory Agency for Rail Transport.

Where’s Roy Rogers when you need him? 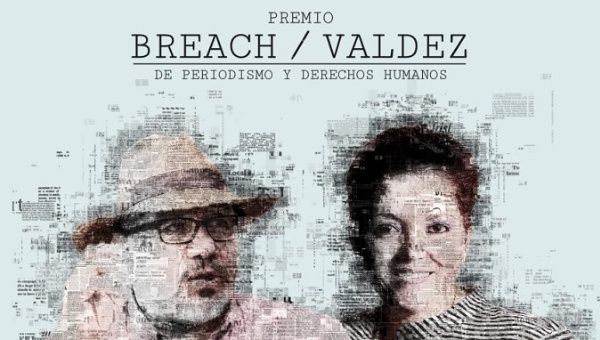 ❝ The United Nations has announced a new journalism award – The Breach/Valdez Award for Journalism and Human Rights – to “recognize the career of journalists in Mexico who have excelled in a journalistic investigation for human rights,” says the international organization.

❝ “With this award, we’d also like to contribute to combatting systemic impunity and violence that journalists face and more broadly human rights activists,” said Giancarlo Summa, U.N. Director of the Center for Information at a press conference to announce the award…

A U.N. statement reads that the killings of Breach and Valdez indicate that, “no journalist, not even though with international recognition, is safe from violence in particular when they attack corruption in this country.”